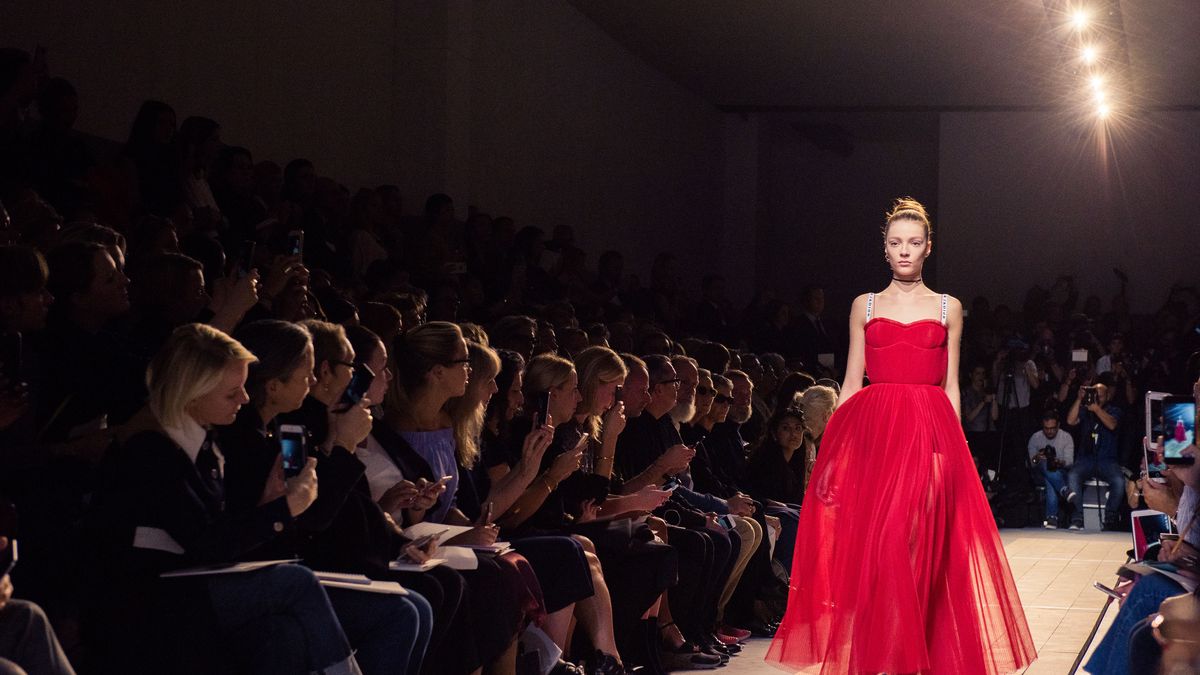 Fashion's real substance and impact as a medium lies in its ability to reflect culture back at us. It's impossible to look at a runway show and not read into certain things as commentary. And with Dior's show—lead by former Valentino designer Maria Grazia Chiuri—it would've felt reticent to ignore that it wasn't just Chiuri's first collection for the house, it was the brand's first collection with a female Creative Director at the helm, period.

Some might argue that calling out the distinction doesn't really matter—but it does. Not to get on our Cerulean speech, but fashion is a billion dollar industry. To have so few women at the top of the heap at legacy design houses in said industry—largely driven by, and servicing, well, women—feels like a curious oversight.

Chirui deftly addressed all of this in a way that felt pitch-perfect in setting the tone for her new post. From the acknowledgements in the show notes, to the thoroughly modern hair and makeup, to the more literal tees emblazoned with 'We Should All Be Feminists' (a nod to Chimamanda Ngozi Adichie) that came down the runway; it was clear that Chiuri grasps the significance of her new role, and doesn't take it lightly. She cleverly referenced the house's storied codes and visual cues while imparting her own distinctive—and distinctively female—point of view.