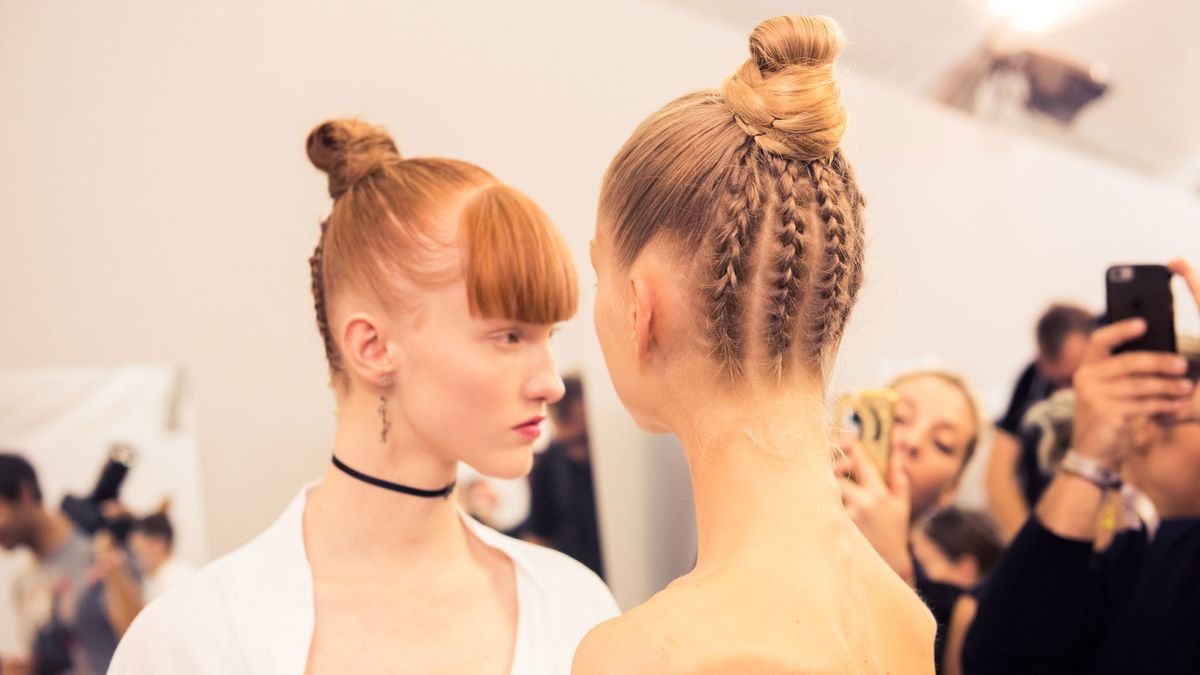 All the Backstage Beauty Details at Dior’s Spring 2017 Show

There’s no denying that Maria Grazia Chiuri’s debut as creative director at Christian Dior made a statement. And there making sure the beauty look reflected that message was Dior makeup artist Peter Philips. Backstage, Philips broke down the look for us firsthand, letting us know that Grazia Chiuri wanted to reference the model’s most natural beauty, using clean glowing skin as a base. A low-key three step routine of moisturizer, foundation and powder followed with scotch tape-like (to keep everything in place) primer and a little luminizer as to enhance. To support such a fresh look, hair was pulled back from the face in a high bun. It was business in the front, party in the back, if you will—vertical braids were revealed from behind hidden under hair. A three step glowing makeup routine and slicked back no-fuss bun? For us, it feels like exactly what every modern woman would really want out of a beauty routine.