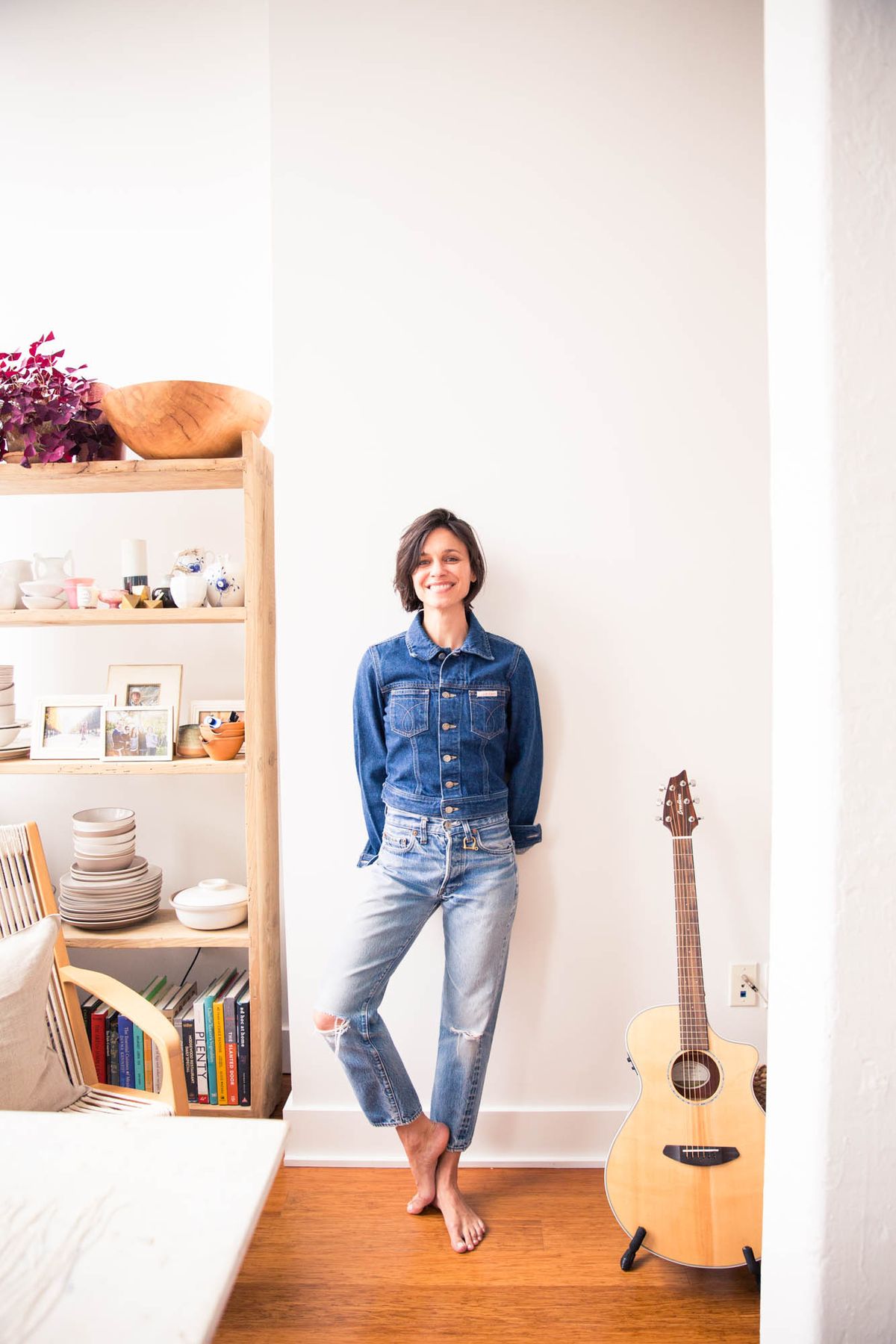 Emily Ramshaw
Alec Kugler
Emily Ramshaw
Jane Herman has one of those very adult apartments that makes you feel like everything you’ve tried to do in the name of interior design and organization was pointless. She lives in a massive Dumbo warehouse that was converted to airy XXL apartments (even the lobby is impressive), and Herman’s place is all whitewashed brick walls, with high ceilings, antique furniture (also whitewashed), and roses in vases and… well, when we got over our envy over the editor’s better-than-Pinterest apartment, we took a look around and noticed piles and piles of denim. It’s quite possible that Herman owns nearly every pair of jeans or denim garment (Helmut Lang jackets, a Current/Elliott jumpsuit) we’ve ever wanted—from the perfect vintage Levi’s to Mother and Seafarer and Frame. But we expected this, because before she was in charge of branded content at Vogue—a job that sees her experimenting with the next frontier in what exactly fashion publishing will look like (her thoughts on that in our interview below)—Herman founded Jean Stories with Florence Kane. And before that, well, her family owns Ron Herman in L.A., where she grew up working the Denim Bar in the early 2000s when premium jeans first became a thing. In other words, the woman knows jeans—and wears them, she admitted to us, six days out of seven. Of course, as denim is as close to a uniform as Herman has, she has all the very best accoutrements, too—Céline and Nina Ricci bags, Dries Van Noten and Saint Laurent footwear—and a beauty routine that is as fuss free and grown up as her wardrobe and apartment. Jane Herman: our new adulting goals, realized.
Closet