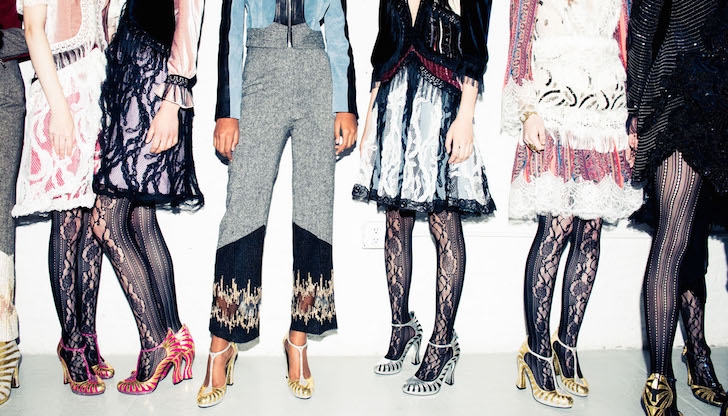 Fashion week! It’s here! And for the next six weeks or so, we’ll be inundated (mostly in a good way) by show upon show upon presentation upon hashtagged activation. Start your engines, ladies and gentlemen, and keep them up with a healthy mix of green juice and champagne until the middle of October when we’ll finally get a break in the form of Netflix binges and our beds.

The truth is, for different people in the industry (and outside of it), fashion week means very different things. For us, and other editors in digital and print, it means attending as many shows and parties as one can; it often means late night or early morning deadlines, and articles written on one’s phone half-way between one show and the next; for many, it means the full four-city tour and then some. For buyers, producers, PR, and social media stars, fashion week is a different animal entirely—and this month we’ll be exploring what exactly that is, from the fashion director of the world’s most influential e-commerce site, to the man responsible for making the industry’s most fantastical runway sets.

At the end of the day, however, the people and the work that we’re all here to see is that of the designers. This is the moment, despite what’s now essentially a year-round cycle, to show everyone not only a new collection, but also to simply tell the story about their brand—arguably a more important goal in this age of extreme brand loyalty (see: long lineups and devotion for Supreme and Pablo merch).

There’s been a lot of talk in the past few years (we’ve talked too), about how fashion week is no longer solely an industry event. Frankly, it hasn’t been for a while, and it’s very likely that we should all move on from this topic of conversation and get over the fact that Instagram and Snapchat and whatever else mean that a lot of people—consumers—are now following along—backstage, front row, everywhere—as closely as those of us who do it for a living.

You might think that—and a lot of people do—this will change fashion week or make it irrelevant. As far as I can tell, however, it’s not fashion week that’s irrelevant. Honestly, it feels more important than ever, if only because everyone is watching, including the people who will actually be spending money on clothes.

“For me showing at fashion week is the culmination of six months of intense work,” Chris Gelinas, the designer behind CFDA/Vogue Fashion Fund Finalist label CG, told me. This is his seventh season showing, and despite the fact that his is still considered a small brand, fashion week is his chance to not only gain exposure to buyers but also a marketing opportunity to reach customers. “A runway show is that final moment when the world that has been building in my head all comes to life for everyone to see.”

Gelinas shows as part of Made Fashion Week at Milk Studios, which supports up-and-coming designers with sponsorship, venue, production and hair and makeup. Because the other thing about doing a traditional show is that it’s (sometimes prohibitively) expensive. “I couldn't do what I do without the amazing support from organizations like the CFDA and Milk Made,” he said. “They support designers and collections at the moment when we need it most and give us a platform to exist in an industry that has huge financial hurdles and barriers when you're starting out. Having a show can be a big expense if you're not creative, resourceful and lucky enough to have the support of organizations like these.”

And for this reason—and the fact that more and more money-spending and influential customers are watching—some designers are choosing to diverge from the traditional show format. Fashion week as a moment when people are paying attention is still important, but over the past few weeks, I’ve received a glut of press releases explaining that certain designers will be going off script to reach their customers directly.

Sophie Theallet is one such designer. "As an independent luxury brand, we believe the traditional runway format is no longer relevant to our brand's ethos,” said CEO Steve Francoeur in a press release. She’ll be presenting in a “more intimate setting.” 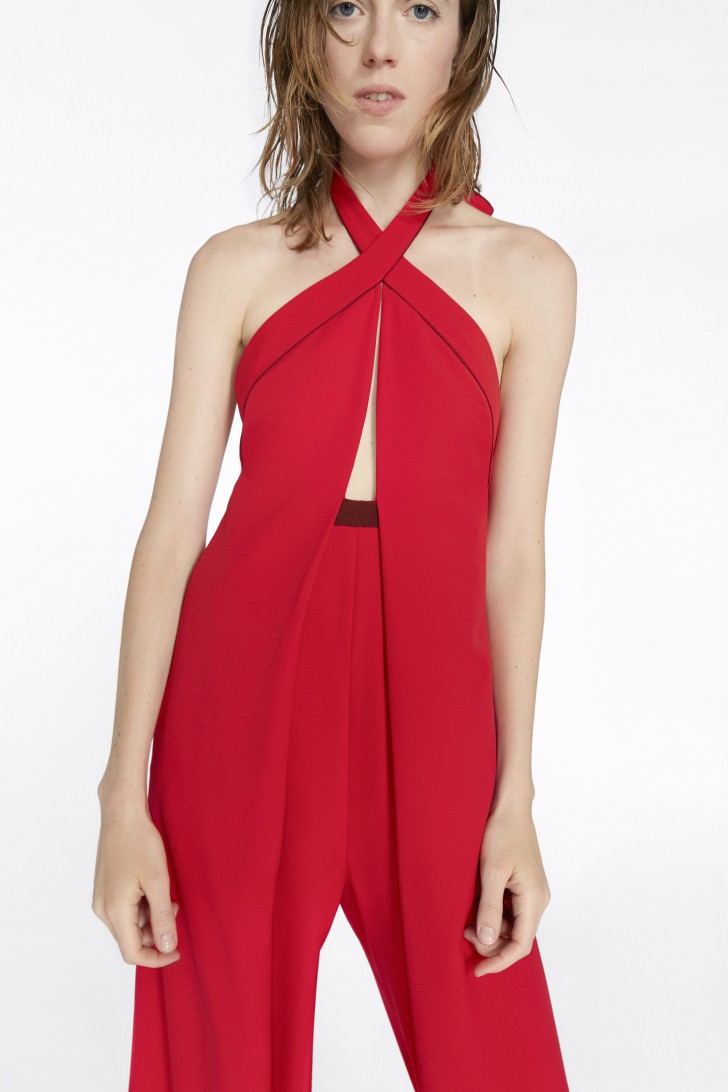 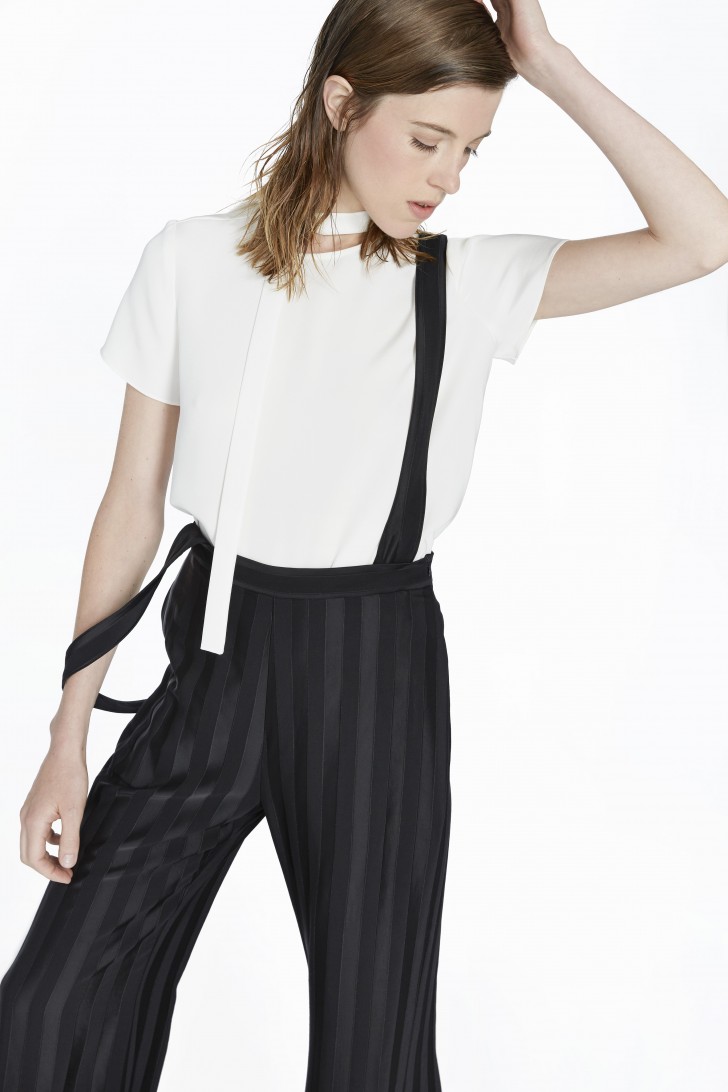 Misha Nonoo, on the other hand, who showed via Instagram last year, is taking to Refinery29’s Snapchat today, which has a built-in, very engaged audience that is made-up of Nonoo’s target consumer. The “show” will be gone in 24 hours, but Snapchat is a logical way to present, especially when you take into account the designer's new exclusively direct-to-consumer approach. "I’m presenting my new collection in the first ever ‘live lookbook’ on Snapchat," explained Nonoo. "In a similar manner to the ‘Insta-show,’ I wanted to do something that was not only innovative, but inclusive—I want everyone, no matter where they are, to take part in my shows."

Back to Gelinas, who will be showing on Friday morning and will likely be seen by thousands more eyes via the many social media accounts on hand to take it all in. “I understand the limitations of a show, and the argument about how efficient and cost effective this sometimes antiquated platform is, but at the end of the day there is a selfish need as a designer to have this one controlled moment where you can fully express all the emotion and feeling that went into the clothes.” And there you have it: that is fashion week for designers big or small whether they’re showing with IMG at the tents or via Snapchat.