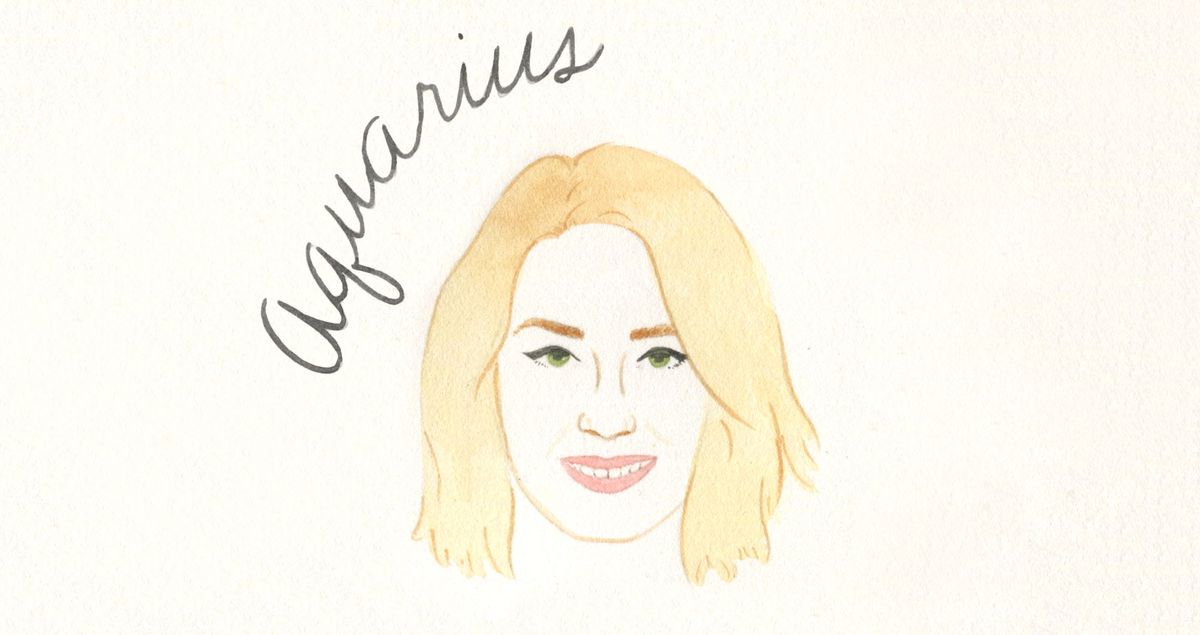 Open-minded Aquarius people don’t keep many secrets, but under the Virgo solar eclipse on the 1st, you’ll have to face down anything you’ve been trying to keep under wraps. The eclipse falls in the taboo sector of your horoscope, which can bring up issues relating to anything intimate—like sexuality, taxes, legal issues, and the supernatural (if you’re into that). It’s square Mars and Saturn in your friendship zone, so it could be tough keeping things private from inquiring besties, but remember: everyone needs boundaries. An opposition from Neptune in your money sector makes retail therapy tempting, but a sync to Pluto in your spirituality zone helps you find inner peace through less expensive means.

Circle the weekend of the 17th and 18th on your calendar, because it has romance written all over it! A sync to your ruling planet (Uranus) from Mars means you could catch feels for someone you’d thought of only as a friend, but be careful: Venus opposing Uranus from your ideals sector could means you two aren’t may not be as simpatico as you think. Alternately, don’t let preconceived notions influence the future of your relationship. It could be great!

On the 16th, the Pisces lunar eclipse spotlights your second house of income and self-worth, reminding you just how entwined those two things can be. It’s on Chiron, an asteroid named for the centaur who trained Hercules and other Greek heroes for their battles. This eclipse is preparing you to enter a new tax bracket, though it may come with a few unexpected twists. It’s opposite Mercury and Jupiter in the intimacy area of your horoscope you worked through earlier in the month, so delegating your time and energy between your professional and private sphere could be easier said than done. Also, a square from Mars means friends could be jealous of your newfound success, but don’t let that spoil your fun. If nothing else, you’ll be relieved when Mercury retrograde comes to an end on the 22nd! Say goodbye to tech snafus and missed signals, and watch your daily routine return to some semblance of normalcy.

At the end of the month, a Libra new moon on the 30th provides a welcome departure. New beginnings in your expansion sector breathe new life into travel plans, media projects, and your philosophy on life. The new moon occurs on lucky Jupiter, so whatever happens is going to push you outside of your comfort zone in the best way possible. It’s also square Mars and Pluto in your value sector, so you could find yourself making a luxurious purchase in the name of self-discovery. Luckily, good vibes from Saturn means that your friends and mentors will be there to help you make responsible choices—even if those choices include shoes with a comma on the price tag.