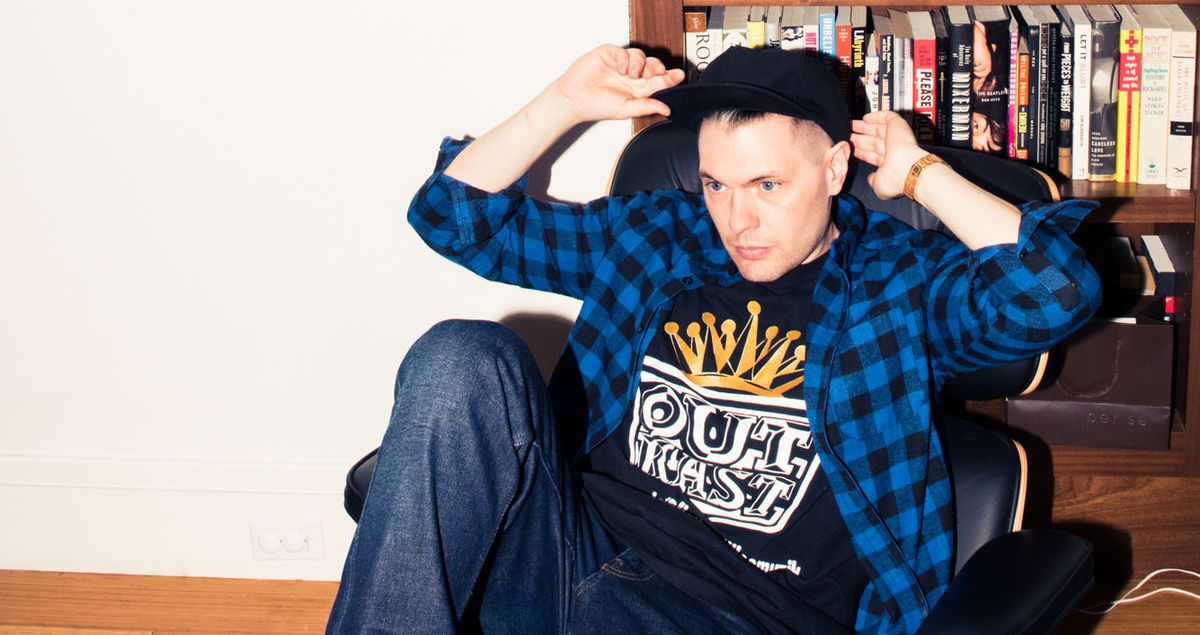 When we originally interviewed Noah Callahan-Bever, Complex’s editor-in-chief and chief content officer, back when we photographed him at home with his wife, Deirdre Maloney, there were many, many gems that came out of it—like the fact that he has two different wedding rings so that the metal doesn’t clash with whatever watch it is that he’s wearing that day, or that Eminem gave him special-edition Air Jordans for Christmas. But the bits that we wanted to keep in our back pocket for the proverbial rainy day were the ones about his career—about his own somewhat extraordinary ride through print and digital media and about the advice and wisdom he’s picked up along the way.

So we decided to hang onto his advice until we really needed it. And now, as we get our heads in the game for fall, especially in the career arena, it feels like we (us, you, everyone) could use a little motivation, inspiration, education—whatever it is you want to call it. These are the nuggets to keep in your back pocket.

“There are two best pieces of advice that have guided me professionally:

“When I was an intern at Ego Trip in 1997, chairman Jefferson Mao told me, ‘You always want to have a team,’ and if you look at my career, the team I built in the late ’90s at VIBE and BLAZE and then solidified at Mass Appeal was the same core team—Jack Erwin, Donnie Kwak, Justin Monroe, Brendan Frederick, Damien Scott, Mary Choi, Toshitaka Kondo—that helped me build Complex. My creative director today, Brent Rollins, is the same guy that taught me how to scan photos and use Quark because he was the art director at Ego Trip in ’97 and I was his intern. I also think that's probably part of the reason that I've always put the brand of Complex in front of my personal brand.

“When I was promoted to EIC, Complex CEO Rich Antoniello gave me the other most important piece of professional advice. He said, ‘Know when you've won, and move on to the next thing.’ That is, determine the exact point at which your product is better than everyone else, hit that, and then immediately keep it moving. In the business of publishing and technology, you're rewarded for being the best—not for the margin by which you're the best—and companies waste an enormous amount of effort and time making things extravagantly better than their competitors, to diminishing returns.”

“The worst advice anyone ever told me was, ‘The internet is a fad.’ This was told to me at a party by the publisher of a competitor, and I looked him like, ‘I hope whatever insanity is dripping off this guy doesn't get on me!’ The future always wins.”

“The biggest challenge is the ever-evolving landscape of media. When Complex founders Marc Ecko and Rich Antoniello promoted me to EIC in 2006, I found myself in command of a team of 12, responsible for making a bi-monthly magazine. Today I have the honor of leading a team of 150 creators who make editorial and branded video and text content that we deploy on a multitude of different digital, social and print platforms. I probably receive my greatest job satisfaction in helping Complex—and the young talents who make it—evolve and grow. Getting to watch the brand go from niche publication to household name, as once-interns became bosses, has been the joy that sustains me a decade in.”

“[In my employees, I look for] ambition and urgency. Media and entertainment attract a lot of people who want to go to cool parties, stand next to celebrities, and be social-media famous, but the creators that I want to work with have to be motivated by the craft, the product, and the competition to be great. Getting into the league cannot be the accomplishment; I want employees who relish the internet's opportunity to win every day.”

“The future of media is a distributed model where brands serve their audience on multiple platforms with specific content tailored to that venue. To that end, it's all important! You have to make a great print magazine, a great website, a great YouTube channel, a great go90 channel, a great Snapchat Discover channel, a great Facebook feed, a great Instagram feed, a great Apple News feed, a great Twitter feed. It's absolutely a challenge, but, if you like making things—informing and entertaining—it's the greatest time in history to work in media.”