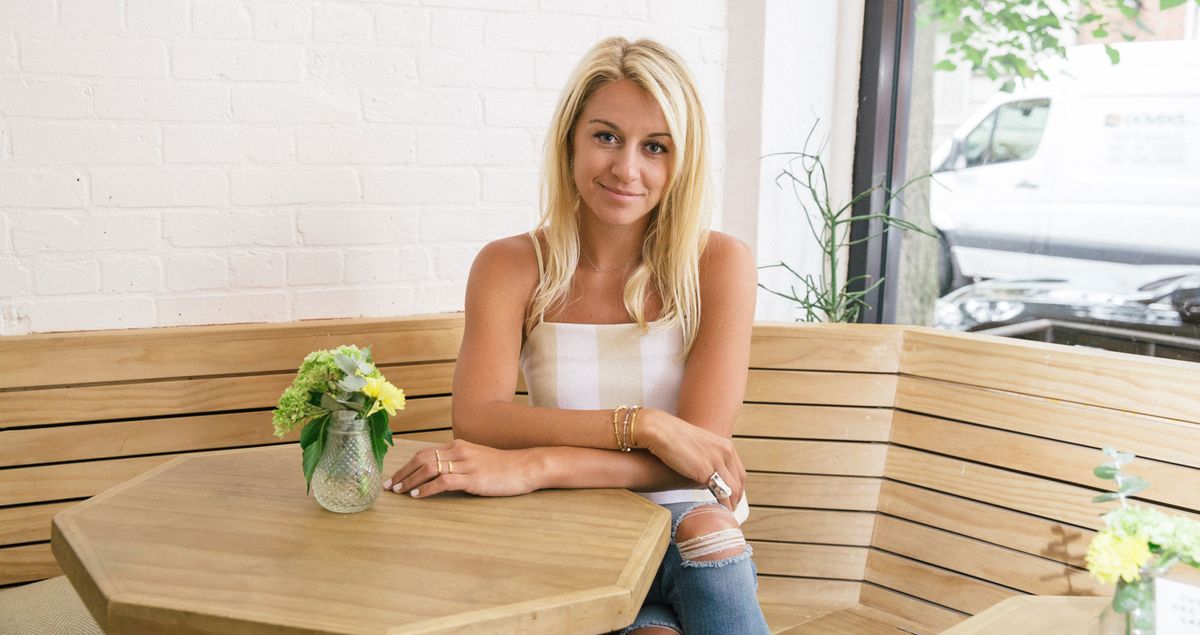 In this instance, lemons really do make lemonade.

Probably the scariest thing possible as a young, ambitious professional is to have your job fall through, through no fault of your own. Maybe your company downsizes, maybe it realigns, maybe it ‘consolidates.’ Whatever it is, there’s nothing you can do and you’re suddenly out of a job that you, in all likelihood put a whole lot of time into and really, really cared about. Most people (ourselves included) would scramble and end up in some job where there was something very wrong (bad boss, no pay, wrong industry… a LOT can go wrong). But, if you’re Dria Murphy, a longtime fashion PR professional, you end up launching your own agency, Alise Collective—in Montauk of all places. This is a lesson in how to turn something that feels bad into the best career move you’ve ever made—it’s a classic lemon-lemonade thing, and we’re pretty sure we can all learn something here.

The career path that led her here:

“I’m from San Francisco. I went to Santa Clara University. Before I graduated, I moved to New York for a summer. I interned for Giorgio Armani and Bottega Ventta in PR to get my feet wet and see if I wanted to continue full time after college. I knew I wanted to be in fashion PR—I think I thought I wanted fashion first, PR second, but it ended up being PR first and then fashion.

“My first job when I moved to New York was at Paul Wilmot Communications. I was a fashion assistant there. I started two weeks before fashion week, and that season, we did twelve shows. I was fresh out of college, I had just found an apartment. From there, I went to Calvin Klein, which was amazing. I was the men’s and women’s assistant. It was a new role; it was super challenging because I was working for two completely different personalities. For women’s I did all of Calvin Klein White Label, CK One, and all Calvin Klein underwear. Men’s was Calvin Klein Collection, celebrity, and underwear—doing VIP fittings with Amar’e Stoudemire and Zac Efron. I moved to Ralph Lauren after that. I wasn’t there for a long time; I was doing really similar work and I realized that I was ready for something more. That’s when I got into the digital market.

“I went to be PR Manager at Topshop, and it was a dream job because their team is so small in New York. I took it mainly because, not only do I love Topshop, but their digital initiatives at the time were super innovative. I learned so much there. We were one of the first brands to sell off the runway. I remember being backstage and The Blonde Salad was hosting our Google Hangout before the show for London Fashion Week. That was huge in terms of the digital initiatives that brands were doing.

“That’s why I went to my next job, which was at a fashion tech startup. I was Director of Communications, and as a startup goes, you end up doing everything, which was incredible and what I wanted. I had never worked for a startup or a tech company, but it was amazing because it was a fashion company and I was the only fashion person there, and I had to take that brand to the fashion community. That was challenging, but that’s what really made me grow my relationships and also get creative in terms of how I got this platform out to the press. Not just when we launch a new version or add on, but how can we get people to always be talking about us.

“I was there until July of last summer and as happens with startups, they unfortunately had to lay some people off. It was really tough for me because I really believed in the brand and I still do.”

“I was fortunate to have been doing an event at Surf Lodge [in Montauk] that weekend with my old company, even though I’d just been laid off. I still did it because it was with my contacts, it was all set up, it was the right, professional thing to do. I was lucky though, because Jayma Cardoso, the owner of the surf lodge, offered me a consulting job right there, that day. It was three days after I’d lost my job.

“That was an incredible opportunity and then I was fortunate enough to meet another female entrepreneur who became so important in my career path. Hilary Neve used to head up all of Google’s PR and she was starting a new division within Google. So, from there, I got my first client. It was an a-ha moment for me when I had Google as one of my first clients that I needed to start my own thing. From there, I started Alise Collective.”

How she transitioned from being an employee to starting her own business:

“I was definitely devastated. I put everything into my job and pride myself on that. But I think it was telling that I initially didn’t try to search for a 9-to-5 position. Collaborating with so many different brands while I was at my previous position led me to have so many different connections all over the place which, fortunately, I knew was really going to help me. I felt like the sky was the limit. I had so much freedom at my old job that I was able to keep all of my relationships and see a lot of different people for meetings all the time, which kept my creativity going. But don’t get me wrong, it was terrifying.”

The technicalities of launching her own agency:

“It was super challenging. It’s been over a year now and I can’t imagine going back, but the stress of being on your own financially, figuring out accounting and taxes, housekeeping things, that took several months to get organized. I had no idea where to start. I had such amazing people helping me who had either been through it or knew about it. I had one client, Google, but I met with numerous people—potential clients or people who could help me or advise me.

“I only have one fashion client right now, which is really interesting. It took me a while to get it. I was really particular with what fashion clients I wanted to bring on especially since that’s where all my top relationships are after seven years in the industry. I really didn’t want to work on something that I didn’t truly believe in, that I wouldn’t wear personally. But it was getting to a point where I needed to pay the rent so I couldn’t afford to keep saying no to other brands who could pay me. I wanted [the brand I work with], Cienne, so bad that I actually did a project with them for Art Basel for free just to prove how passionate I was and how much I believed in it. And then I officially started working with them in January.”

When you’re doing your own thing, you can prioritize passion:

“I wanted to make sure that anyone I was going to to rep was something that I, personally, wore, did, went to, etc. It’s very hard to rep something you don’t believe in. Of course, in this industry, we all have to at some point. But that’s the luxury of working for yourself. You get to choose who you want to work with. I really wanted to work with good people and be true to who I was. I think that has definitely led to my press success. Editors know that about me and that is, hopefully, the reputation that I have. I’m not just pitching a brand because it’s paying me x amount of money. That means taking on smaller brands or taking a lower retainer, but it’s worth it in the long run in terms of my credibility.”

Just because you’re in Montauk, doesn’t mean you’re not working:

“I have to hustle and make a business, and that is my number one priority. My job was my number one priority. And it’s a 24/7 hustle. People think you’re in Montauk on a Monday or you’re getting a leisurely coffee at 11 AM, but that’s all still work. You’re never off. I’m so grateful that part of my job is getting to be in these amazing places, but I’m always with my phone. Things are always changing. Just meeting new people all the time is really valuable.”

“So many of my contacts have become true friends at this point just because we’ve been working together for so long. But, I think it’s truly so important to stay relevant in terms of chatting with them. It doesn’t have to be just talking them up when you have something to pitch. It should be, ‘Let’s just get coffee.’ Face to face is always better. I hate when you’re just emailing with someone you’re working on a project with and you’ve never met them. It’s so easy to just get a coffee or a lunch. I think that’s my number one. And I feel so grateful that so many of these people have become my friends. Of course we talk about work, but it goes so far beyond that.”