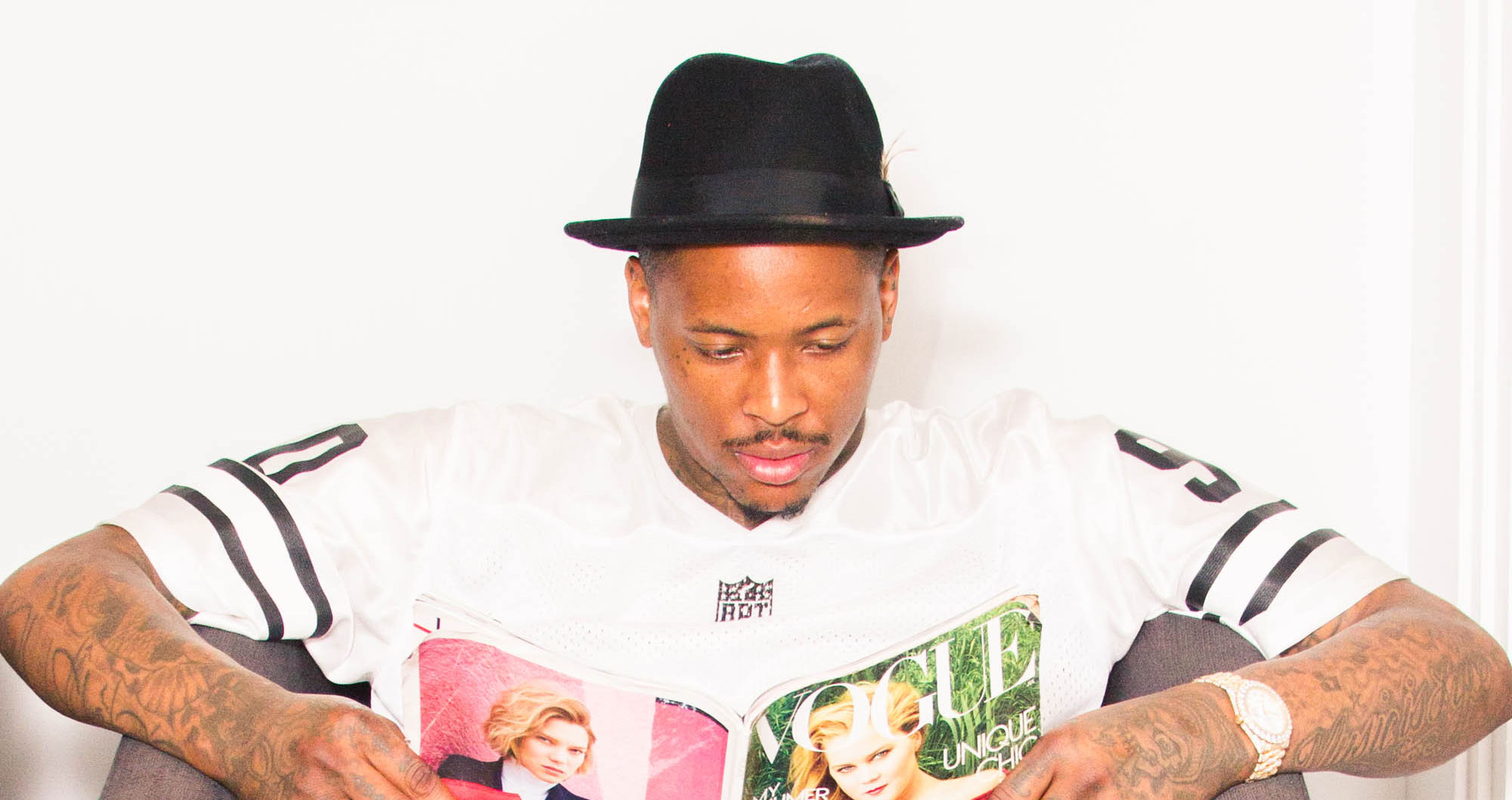 The rapper talked to us about veganism, alkaline water, and his new fashion label.

In our line of work, interviewing someone while getting pampered isn’t all that abnormal: sitting for a manicure and chatting about beauty feels, well, pretty appropriate when you practice the area of journalism that we do. But when we proposed that rapper YG join us at Ten Over Ten for a pedicure when he was in town last week, we were kind of surprised he gamely agreed. We shouldn’t have been, however: five minutes after extending the invite, we got an exclamatory email from his rep with the album artwork of his new single attached featuring YG—you guessed it—getting pedicures while reading magazines beside stacks of hundred dollar bills.

Upon arrival at the salon YG got right into it—shoes and bright red socks off, feet in the tub of hot water. And as we had our feet scrubbed and toe nails groomed, we covered all the usual salon topics: self-care, diet, indulgences, fashion—but only as a rapper like YG, who hails from inner-city L.A. and was shot while recording his last album (context), can. We’ll never think of a casual interview over a pedicure the same way again.

Why he’s getting a pedicure on his new album artwork—and why he really gets pedicures:

“I decided to do the [pedicure artwork on my “Why You Always Hatin” single] because it really represents the hating on me because I’m on the next level. Everybody knows we get money. It ain’t a secret. Life is a little different [now]. So, on the single artwork, I wanted to show that. That’s something that a lot of grown men do: get their feet done and make sure their shit gets taken care of. I want some ball shit, I want some fly shit. So that was something that I thought would really get my message across. Plus, I really do this every other month. I don’t do no polish, no nothing.”

“I be going and getting massages and shit. Did I do a facial? I don’t know, they did some shit to my face—I did that one time.” 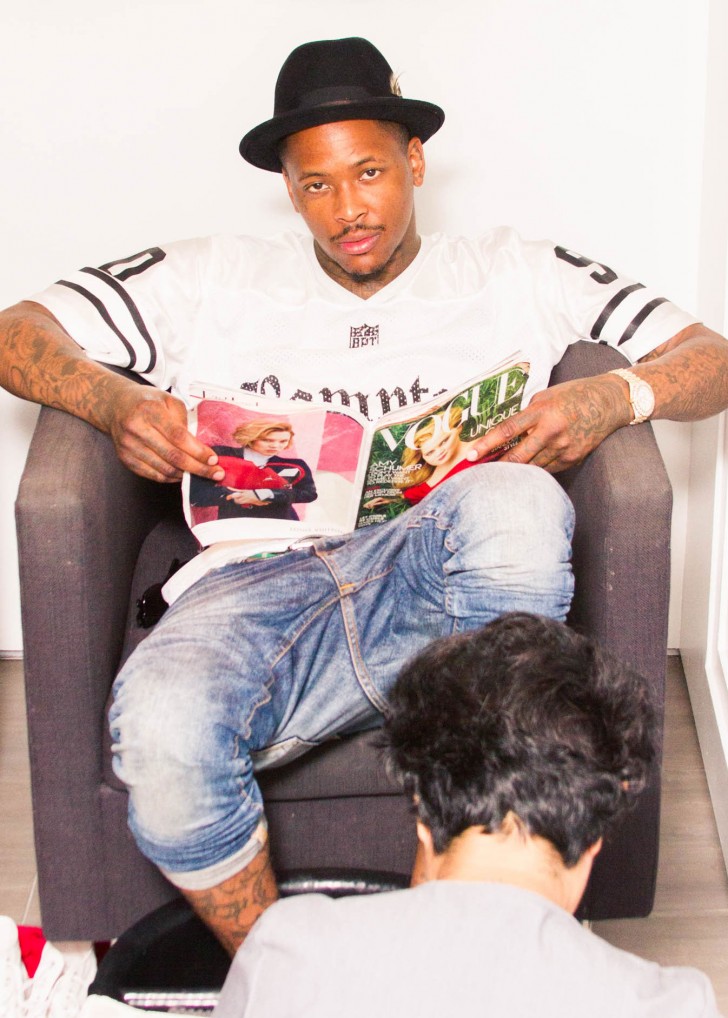 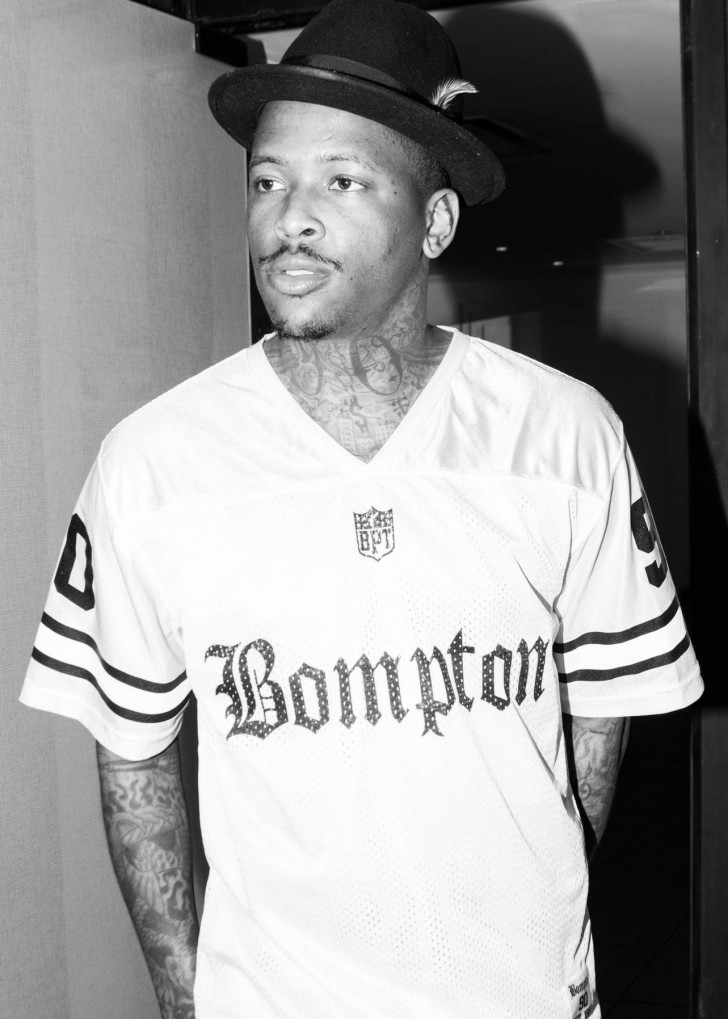 “The 4 Hunnid brand came about by conversing about my career and other business ventures and trying to be as successful as I can. YG 4 Hunnid: I’ve been saying that since I started rapping a long time ago. We were trying to figure out a name for my brand, besides YG—a real brand. We used 4 Hunnid because everyone knows it—the fans love to scream that shit. The logo came from the mixtape called 4 Hunnid Degrees. I did it on the mixtape and after that I was like, I can really turn this into a real brand: we were selling shirts with the 4 Hunnid logo and the degrees sign on it. I was like, damn!

“I got with the dude who designed the 4 Hunnid logo for me—he’s all into fashion. We do the creative direction and he does all the designs for the line. That’s how it all started and now it’s successful. We launched the brand in March and that was the first real capsule. It was successful. The plan for this year is to keep building the brand, keep it exclusive and online only. Next year we’ll go into stores; we didn’t want to go into stores right away. I could’ve gone into stores right away, but I wanted to build the brand exclusively, with real shit first. We wanted to create all that and know how our shit looks and feels; [and know] where we want to go. We want to make sure we had all that shit locked in before we move into stores. And we’re only going to know more by the time this shit hits stores.”

“Designers and that shit”:

His many (many) tattoos:

“I hate my tattoos. Not all of them, but some of them. [My first was] this cross with my mom and pop’s name: it says forever; I was 16 [when I got it]. I don’t [now how many I have]. [The most meaningful are] the one that says rest in peace for Delilah, my cousin. She passed in 2007 or 2008. The Virgin Mary on my head: it says, ‘No weapon formed against me shall prosper.’ That’s very special to me. Because, you know, we go through a lot out here. You got to keep that shit strong. You have to keep that shit moving. I got that right after I got shot. So, yeah, that’s a special tat. I feel more blessed than a lot of motherfuckers and I pass out blessings all day long. I really tell people I’m god’s son. [The last one I got is] on the back of my head. I got, ‘Corrupted in America’ and 1990, my birth year.”

“I got to get a little faded before the show, so I sip a little bit. I drink tequila or vodka. I’m trying to stay away from brown liquor because every time I drink, I wake up the next morning and feel like my nose is stuffy and my head hurts.”

“I’ve been practicing veganism. I went vegan for a month straight. Now, I still eat vegan things from time to time, but on tour it’s so hard. And for me, being vegan is hard because I’m a picky eater. I don’t eat all vegan food, I only eat certain shit.

“[My favorite dish is] cauliflower tacos. Good as a motherfucker. There’s a spot, but I can’t tell you because I don’t want people to find it. I’m real paranoid. It’s my secret location; it’s in L.A..