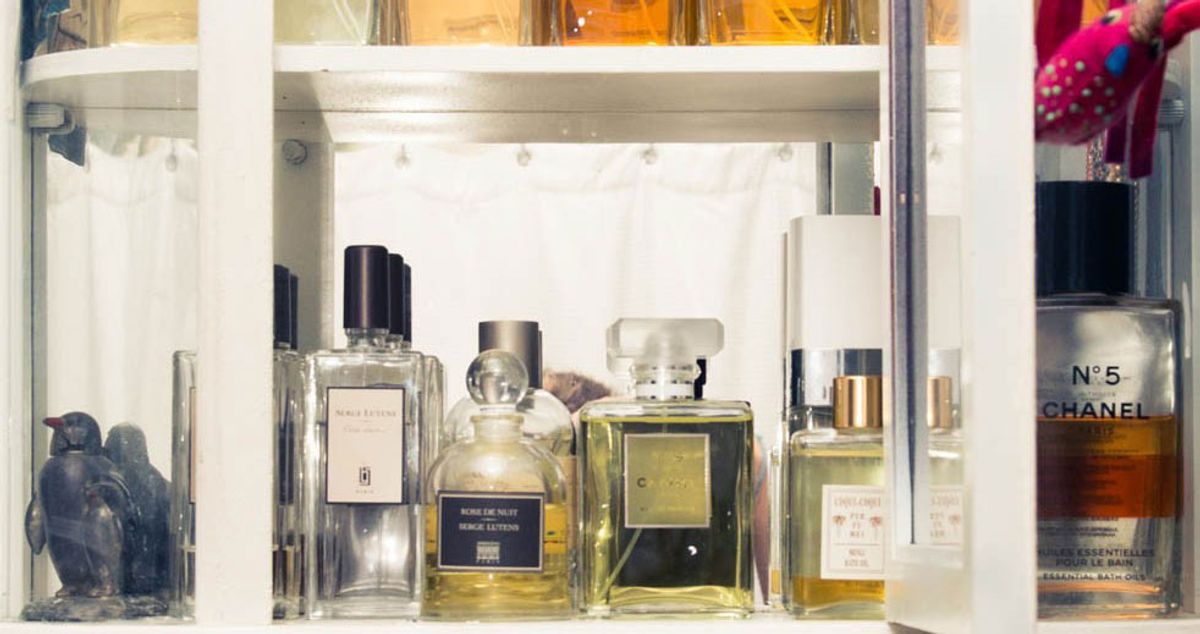 11 Indie Perfumes You Need To Know

The new Le Labos of the world.

You know that thing where every other person smells like Santal? And they smell amazing, and 9 mornings out of 10 you choose it, too. But sometimes you’d like to smell, um, just different. Still great, but not the same.

At this point everyone’s in on the Diptyque, Le Labo, and Byredo game. And for good reason—they make perfumes that we almost always swoon over. We love us some Gypsy Water and will always go back to it. But we also loved wearing it before anyone else was, and we want a little of that feeling back again. So we rounded up eleven of the very best indie fragrance brands: some are très cher (and très Français), others are made in Brooklyn and come in under $100. You may have heard of some, but we promise you that everyone and your great aunt isn’t wearing them—yet.

There’s honestly nothing else like Ex Nihilo (which means ‘out of nothing’ in Latin). Started by three extremely chic Parisians with a deep appreciation for luxury and craftsmanship, the founders commission master perfumers to literally do…whatever they want. Which means the Ex Nihilo fragrance wardrobe is full of scents you’ve actually never smelled before. They also do a mind blowing job of creating custom scents based on their house perfumes and then blend them right in store—at the Rue Saint-Honoré flagship in Paris or their little pocket in Bergdorf Goodman. And they won’t give away your scent for anything—which means if someone admires what you’re wearing, they quite honestly can’t have it.

Penhaligon’s is far from new, but it’s experiencing a little resurgence this side of the Atlantic. See, the English perfumery has been around since 1870 and actually boasts Royal Warrants from the Prince of Wales and the Duke of Edinborough—they also make perfumes for Princess Kate (but they won’t say which one she uses). Penhaligon’s does old-school fragrance at its finest and evidently has such a huge wardrobe to choose from, that there’s one for everyone.

Fueguia has an even longer history that dates back to 1833—this time in Argentina. The house makes incredibly potent and full-bodied scents and they have the most beautiful jewel box boutique on Av. Alvear in Buenos Aires where you can sample each fragrance as they are diffused under bell jars—the OG way.

This Italian house is all about telling a story with their eau de parfum (the more potent version of your more typical eau de toilette). The idea is that the fragrances are tied to your emotions. Yes, smelling them will make you *feel things.*

This Kuwaiti brand is very luxurious and makes peppery, heady scents—they’re of the “intoxicating” variety. Proceed with caution, but definitely proceed.

Eric Buterbaugh is Hollywood’s florist of choice (Nicole Richie, Brian Atwood and Demi Moore are clients and friends). When it comes to flowers, the man knows what’s up. So it only makes sense that he would know how to put together the ultimate bouquet when it comes to perfume as well. And, yes, the scents are as pretty as you would expect.

If you own a perfume (any perfume) it was probably made by Francis Kurkdjian. This is the guy behind some of the best selling fragrances of all time, including My Burberry and Narciso Rodriguez For Her. But Kurkdjian launched his own super luxe house in 2009 and makes some beautiful, incredibly rarified scents. He’s such a master, he’s even cultivating his own species of rose that you’ll only find in his fragrances.

The key to MCMC is that they keep everything small and therefore super special. Owned by two sisters, the fragrances are made in small batches in Brooklyn. Their perfume oils are what to go for here.

Olo, based in Portland, Oregon, is about as indie as it gets. The fragrances are made with essential oils, coconut oils and accords—in other words, the perfumes are as natural as possible. They’re also made to order, so you’ll own the only one that’s exactly like yours.

The perfumer behind this brand actually used to work at Le Labo, but Apoteker Tepe is all about the raw materials and using the best of the best—no matter how rare or hard to find. As such, each bottle of perfume is hand mixed and made. Their Sampling Kit, where you get one of each of their perfumes for just $35, is a good way to get acquainted with just how special they are.

Made in Los Angeles, Dasein does unisex fragrances based on the seasons—there are four (duh). It probably goes without saying that they all smell great. They are also cruelty and toxin free.