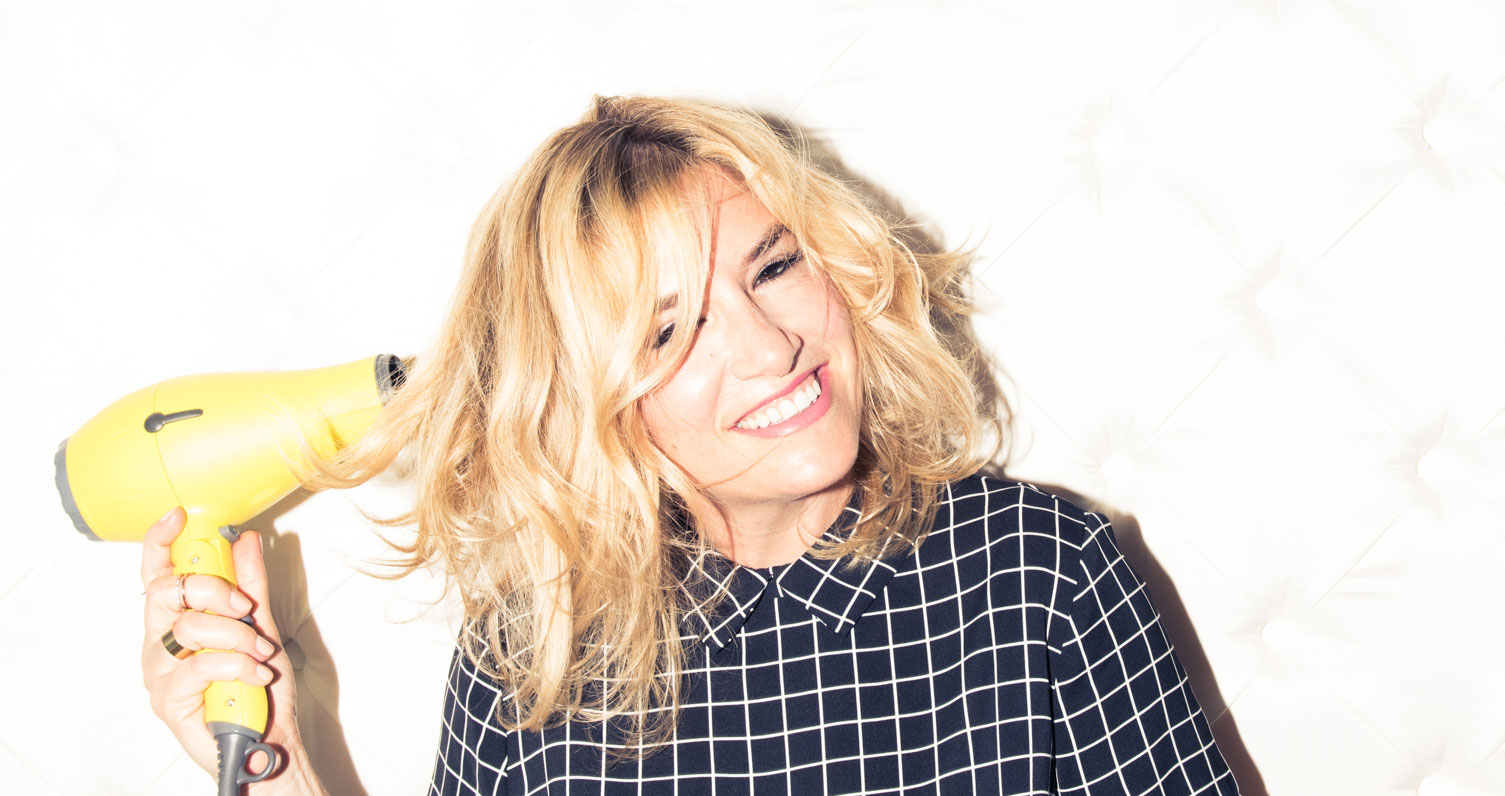 How Drybar's Founder Turned Blowouts into a $100 Million Dollar Business

Hint: She saw a demand for something & jumped on it.

Like Uber and on-demand food delivery, the existence of blowdry bars is something, at some point over the past half-dozen years, that we’ve started to take for granted. It’s hard to think of a time when you couldn’t pop down the block and emerge, half an hour later, with the bouncy Hadid hair of your dreams. That’s largely because of Alli Webb, founder of Drybar, the leading chain of said blowdry bars, whose buttercup-yellow-everything is more or less inescapable if you live in a major American city. With the brand on track to bring in $100 million in sales this year, we figured there was no better candidate for summer-hair week’s Deskside than Webb, whose concept started simply enough—as a hairdresser herself (and a curly-haired one at that), she saw serious demand in the market for a service that simplified and democratized the blowdry. As the story goes, one feature in DailyCandy later and Webb wasn’t able to open locations fast enough. It sounds simple (and potentially shallow) enough, but if we’ve learned one thing, it’s that with feeling good about yourself—and your hair—comes power, and the confidence to get shit done. 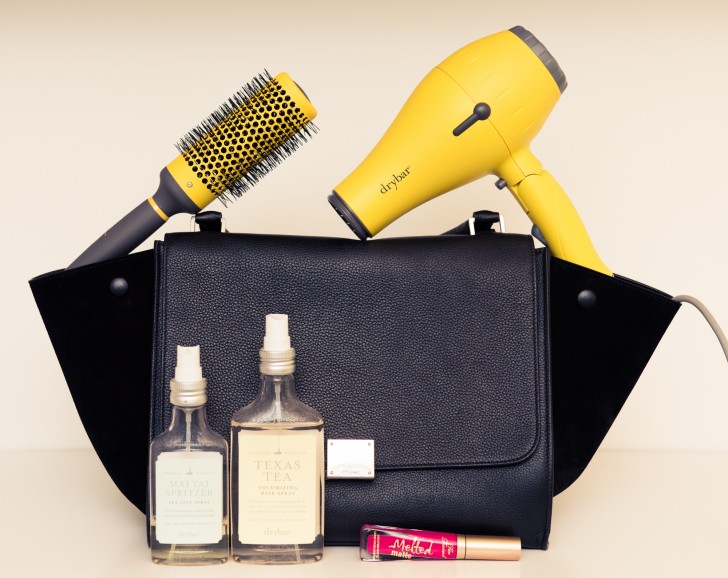 How she found her path in beauty:

“I have naturally curly hair and really struggled my whole life with it. As a kid growing up, I was always so envious of Christie Brinkley and Cindy Crawford. I was mystified by those models, like ‘How the hell did they get their hair to look so bouncy, straight, and shiny?’

“After going to a ‘traditional’ college, I moved to New York City and tried to figure out what my thing was. I got into fashion for a little while, and I ultimately ended up going to beauty school in my early twenties and realized that this is the place for me. I just loved it so much!” 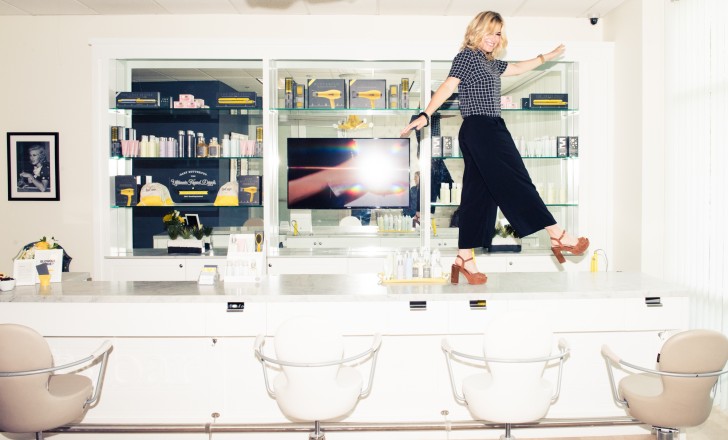 How an at-home blowdry business kicked things into high gear:

“Fast-forward to working in the professional salon industry for so many years and finally figuring out how to perfect blowouts not only on other people but on myself. After getting married and having two children, I was living in L.A. and my husband was working in advertising. One of my best friends, who knew I did hair, would always beg me to blow out her hair, so I decided to start a mobile blowdry business where I could go around and blow-dry all of my mommy friends. I could blow out their hair when their babies were sleeping. I’d put up an ad on this big mommy blog, and lo and behold I got inundated with requests. I was only charging $40, which, to go to someone’s house, is dirt cheap. But it wasn’t really about the money, it was more about doing something for myself again.” 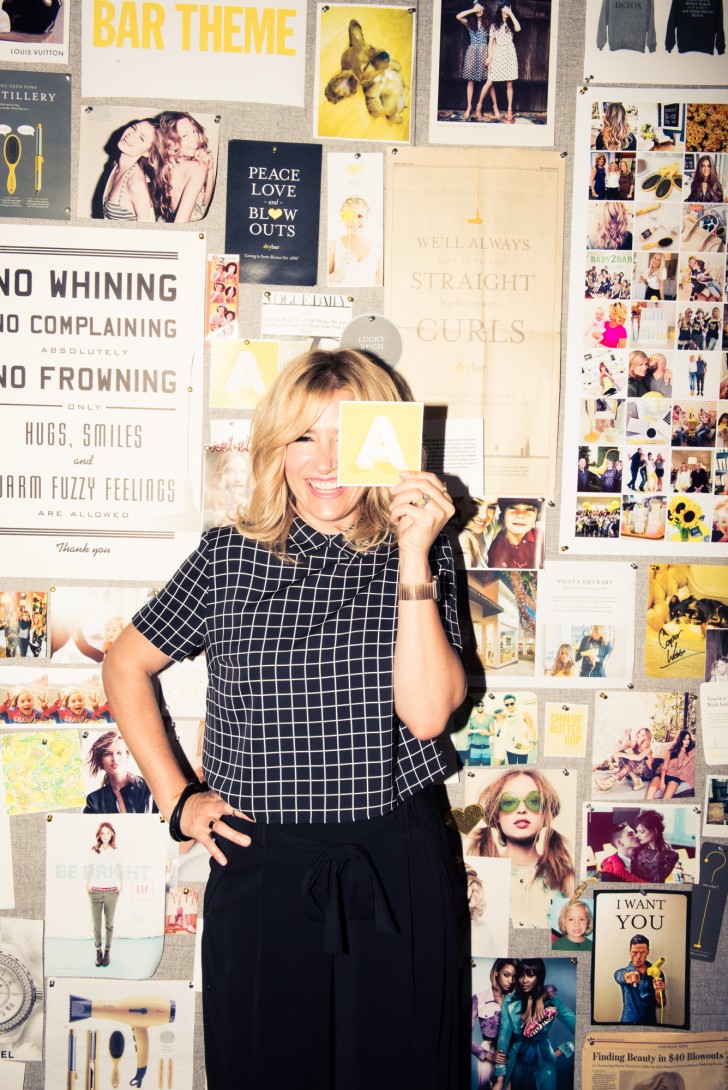 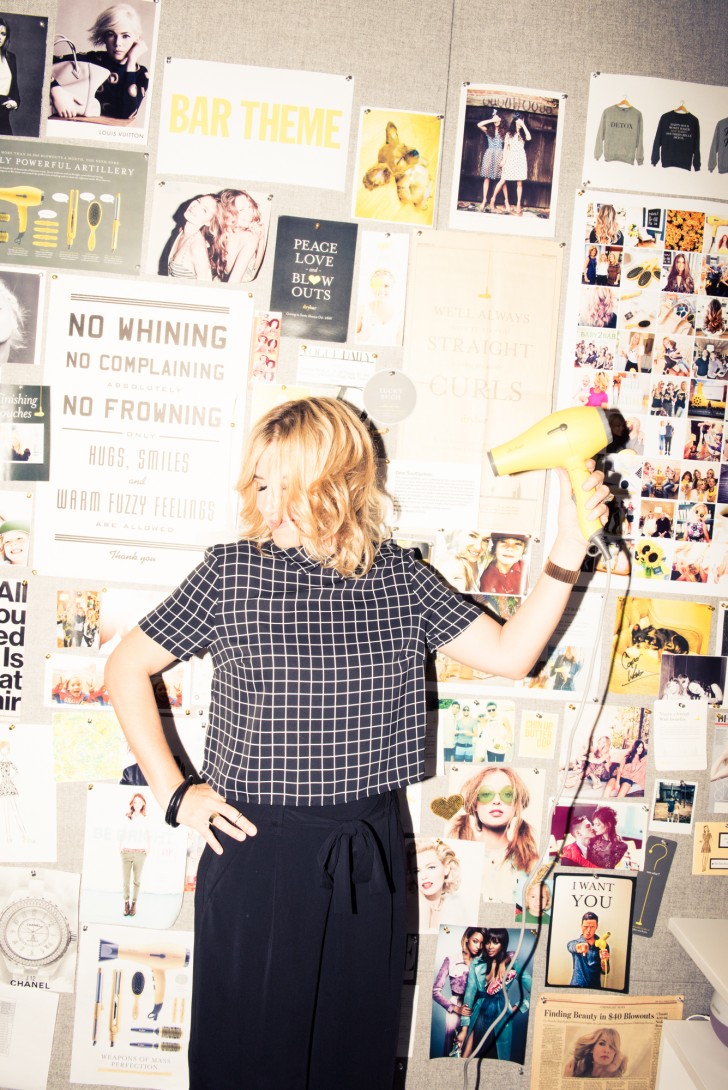 Why she decided to take the business to the next level:

“I discovered that there was a big hole in the marketplace: there really wasn’t a place for women to go for a great blowout in a cool, fun space that doesn’t cost a million dollars. There are a lot of women out there like me who feel really great when their hair is blown out and they don’t have to deal with it for a couple of days. I thought I needed to turn my mobile business into a bricks-and-mortar, and that’s when I went to my brother, who’s my business partner, and my husband, who’s bald [laughs]. I could obviously service so many more women if it wasn’t just me running around with my duffle bag, blow-drying hair all over town. My brother put in most of the money, and my husband and I put in savings to split the equity. Because of my husband’s background in advertising, he started working on the website, and to this day he still does it. We started in 2010, and right away people responded so well to it.”

How being an entrepreneur came naturally to her:

“My parents also had their own business. I definitely have entrepreneurial blood, but I do think that there’s something to learning how to flex those muscles. There’s partly something in your DNA that will allow you to take risks and not be scared, and I think I have that. But there are so many things that I didn’t know that have been so interesting to learn. I also think I got lucky in that I have an older brother who naturally had much more business sense than I did. I didn’t know anything about raising capital or any of that stuff!” 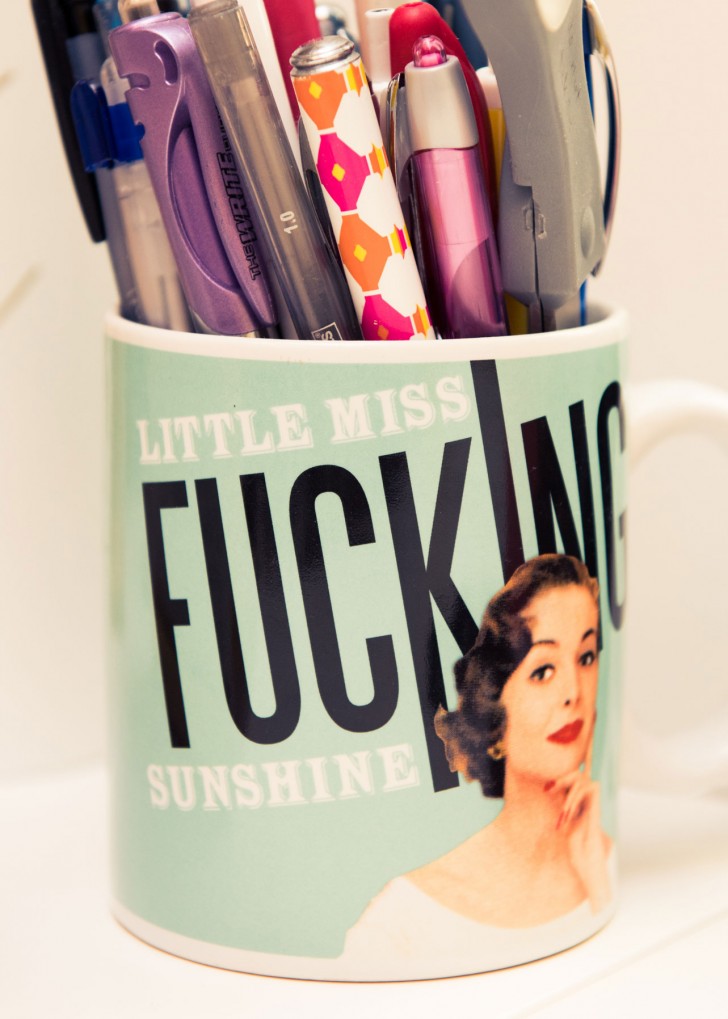 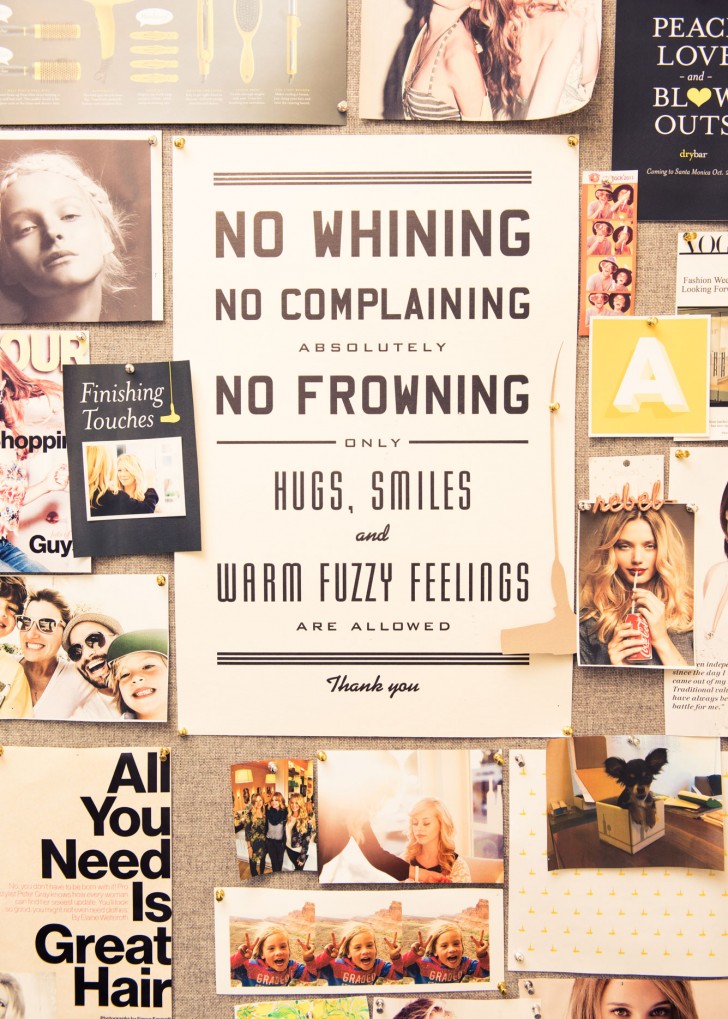 The most important part of co-founding a company:

“I always tell people that finding the right partner, someone that you trust, is invaluable. For me, that was my brother. We’ve always been really close, and I trusted him implicitly. That really helps.”

The challenges of starting your own business:

“In the beginning, it was definitely challenging. With the very first location we opened in Brentwood, the landlord was like, ‘What the hell is this?’ We had to really sell it to this grumpy guy who did not understand what the hell a blowout was. We also basically got our architect, who is a good friend of my brother’s, on board with equity as well because we couldn’t pay him at that point.” 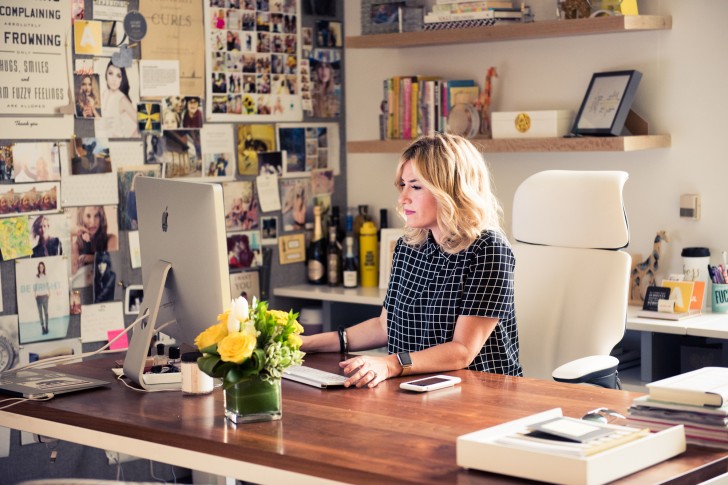 “Around six years ago, DailyCandy was all the rage, and they ran a little editorial piece on us. At that time, my brother and I used to get all of the appointment notifications on our Blackberrys any time anybody booked one. We were sitting at lunch one day, and all of a sudden both of our Blackberries started going crazy because people were booking. All of these appointments were flooding in, and it was because the DailyCandy piece was a hit! This was before we had even opened the doors, so we were pre-booking appointments and we were like, ‘Holy shit, this is crazy.’ We opened the store a few days later, and immediately it was mobbed. We didn’t have enough stylists on, and we couldn’t answer the phone because it was so crazy inside the shop. It was just bananas! We were all crying. It really truly never slowed down; it was more a question of opening up stores fast enough!”

Why you need to have a deeper, bigger mission (even when you’re offering blowouts):

“We’re doing such a good thing: I can’t tell you how many women come up to me daily when I’m in shops and say Drybar’s changed their lives. They love coming in, and they love the way they feel after! Part of that is not just the fact that they look really great and have this amazing confidence, but people are really nice to them when they’re in the shops.” 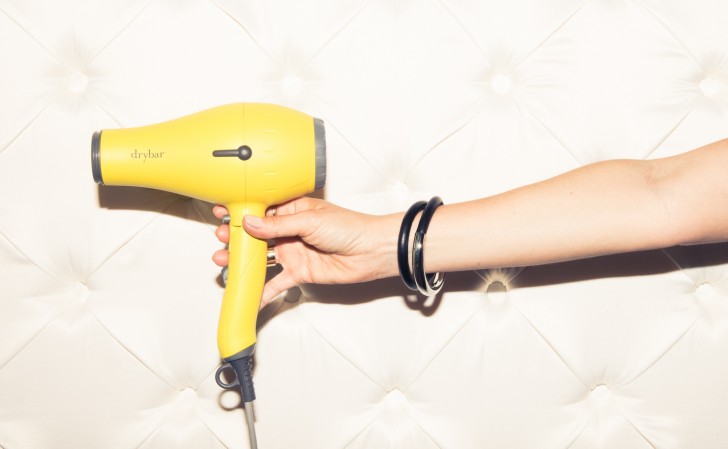 The challenge that comes with scaling:

“It’s definitely the biggest challenge. For me personally, it’s letting go of making every single decision, which I used to do, and letting all of the smart people we hired make those decisions. That’s more on the personal side for me, adjusting to the size that the company has grown to. It’s definitely challenging in terms of making sure that the customer service is there and people don’t get overlooked. We’re doing 120,000 blowouts a month system-wide—120,000 is a pretty crazy number to be making sure all of those people are happy.” 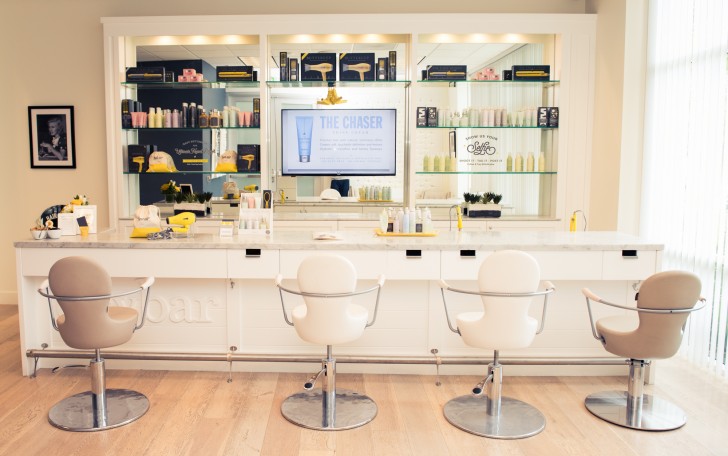 Her advice to aspiring entrepreneurs:

“Being open to feedback [is important] because if you’re not open to it and willing to hear it, I think it can be to your detriment. I’m really so dependent on what clients are saying, and I’m really a big believer in where there’s smoke there’s fire, so you have to really be aware of what people are experiencing.

“I always say we didn’t invent blowouts, we just created a much better experience around them. There are a lot of things out there that we all know and love but wish they were a little different or a little better or did this or did that. There’s a lot of opportunity for improvement on something that you just wish was a little better. I think if you’re going to go for it, you have to be really passionate about it, which might sound cliché. You just have to put your blood, sweat and tears into it—there’s no way around that.”