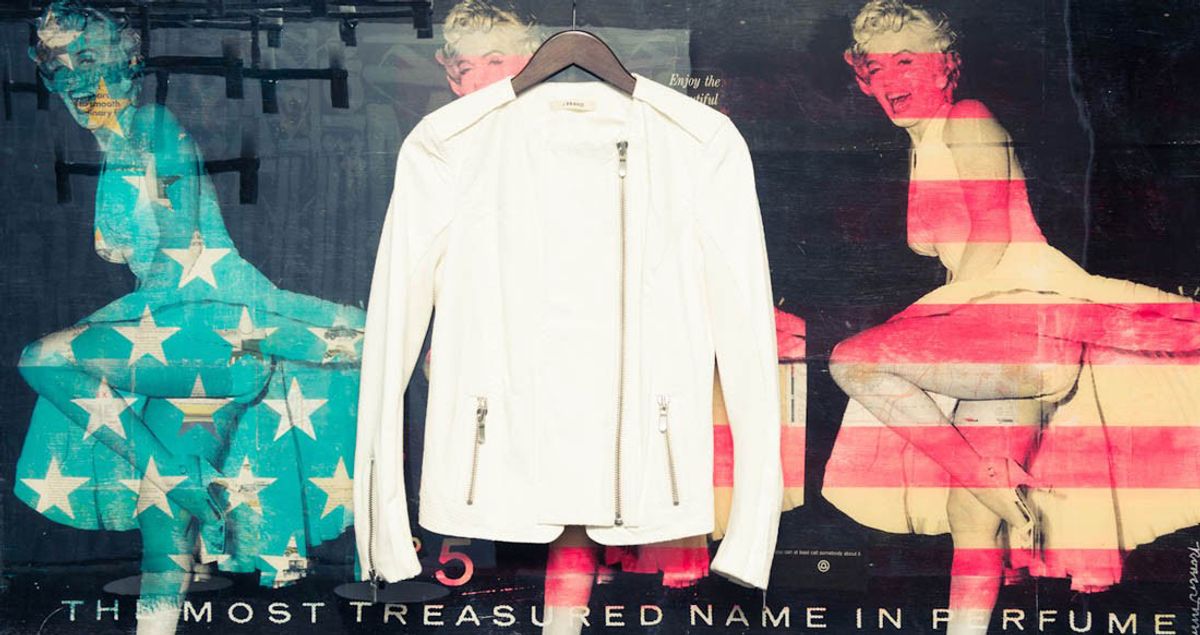 Asking For A Friend: The Democratic National Convention

What to expect this week—from Lena Dunham to #BlackLivesMatter & Bernie Sanders' address.

What to say about the Republican National Convention? From Melania Trump’s plagiarized speech (lifted from Michelle Obama!) to Ben Carson’s shockingly energized invocations of Lucifer to Ted Cruz’s mini-coup, it was a disorganized, jumbled mess. The off-note speeches, with the exception of Ivanka Trump’s flat-out home run, as well as numerous scheduling gaffes revealed just how chaotic Trump’s campaign is, as well as the pitfalls of nominating a “non-traditional” candidate.

Though it may take some time to fully recover (emotionally, intellectually, spiritually) from the RNC, today brings us the first night of the Democratic National Convention. While Cruz’s speech brought forth the serious division among the Republicans, the chasm between Democratic nominee Hillary Clinton and her opponent in the primary, Bernie Sanders, is perhaps wider. And Bernie’s speech, scheduled in a prime-slot tonight, indicates the seriousness with which HRC’s campaign is about bridging the gap and bringing the 13 million voters who backed Sanders into the fold. Fittingly, the theme of the night is “United Together,” with a focus on family, the economy, and leveling the playing field.

Following Bernie will be Michelle Obama. The first question: Will she make a joke about the Melania Trump fiasco? (In case you’ve been living under a rock or have been too consumed with the Kanye and Kim vs. Taylor Swift feud, Melania generously lifted not just ideas but full-on sentences from Michelle’s 2008 convention speech—not a little mistake.) Much more importantly, putting Michelle up first is a smart move; with her brilliance, charm, and superb dance moves, she’s an almost universally liked First Lady with high approval ratings across party lines.

Tuesday night promises to be a moving one with keynote speakers including HRC’s husband and former president, Bill Clinton, and the “Mothers of the Movement,” which include the moms of Trayvon Martin, Sandra Bland, Eric Garner, and Michael Brown, among other African-Americans killed in racially charged incidents with the police. Having Bill speak was inevitable: he’s still a political rock-star and a dynamo of a public speaker. However, his presence on her campaign has had its hazards too because of his past indiscretions, which (fairly or not fairly) draw his wife’s character into question, the perceived mistakes of his presidency, and his capacity to overshadow her.

Propping up the “Mothers of the Movement” and, by extension, signaling support of #BlackLivesMatter is another meaningful choice—especially in light of the fact that Hillary already has the support of African Americans 84 to 7. It speaks to Hillary’s longstanding ties to civil rights and a desire to tap into some of the more left threads of Bernie’s message. The trick will be keeping this appearance genuine without turning off a chunk of voters who may view it as anti-police.

On the third night, we’ll get President Obama and his number-one wingman, VP Joe Biden. Their speeches will emphasize how high the stakes of this race are and why they think HRC is the only one who can run the country. But one major issue this election has highlighted is just how much more charismatic (and even authentic) the American people see Obama than HRC. As Chris Christie smugly put it in his RNC speech, “[A Hillary presidency would be] all the failures of the Obama years but with less charm and more lies.” Part of Obama’s charm is his authenticity—a trait Hillary will have to highlight in order to galvanize the crowd and voting sector.

To many, the name Clinton is synonymous with scandal—from the email disaster to the latest Wikileaks ordeal. Alternatively, Obama (the person) will very likely exit the White House, after eight years, with his integrity and (stunningly photogenic) family in tow. Where Barack and Michelle’s marriage seems to be not only intact but one born from actual love and spark, Hillary and Bill’s (perhaps unfairly) reads something closer to House of Cards. So, for better or for worse, one of Obama’s jobs will be to humanize her, to illustrate the similarities in their characters.

To boost her cachet with the millennial crowd, many of whom favored Bernie in the primary, the convention will bring forth an impressive group of young celebrities like Lena Dunham, Chloë Grace Moretz, and America Ferrara to address the crowd. We’ll likely hear Dunham, who has shown her ardent support from the beginning, address issues surrounding reproductive rights and argue why our generation—which her character on Girls once claimed to be the voice of—should vote Hillary. For sports fans, Jason Collins (the firstly openly gay NBA player) and legend Kareem Abdul-Jabbar will speak. Other fan-favorite politicians to speak: Elizabeth Warren, Cory Booker, and recent VP pick Tim Kaine.

On the last night, Hillary will address the crowd alongside her daughter, Chelsea, to argue the case for her presidency. The theme of the night: Strong Together. Overall, she will have to make an arresting case for her strength of character and highlight why her breadth of experience makes her uniquely qualified for the position. And while the convention may not be as high on entertainment value as the RNC, it’ll be more than worth a watch to see what kind of general election candidate Hillary will pivot into. Let the games begin.