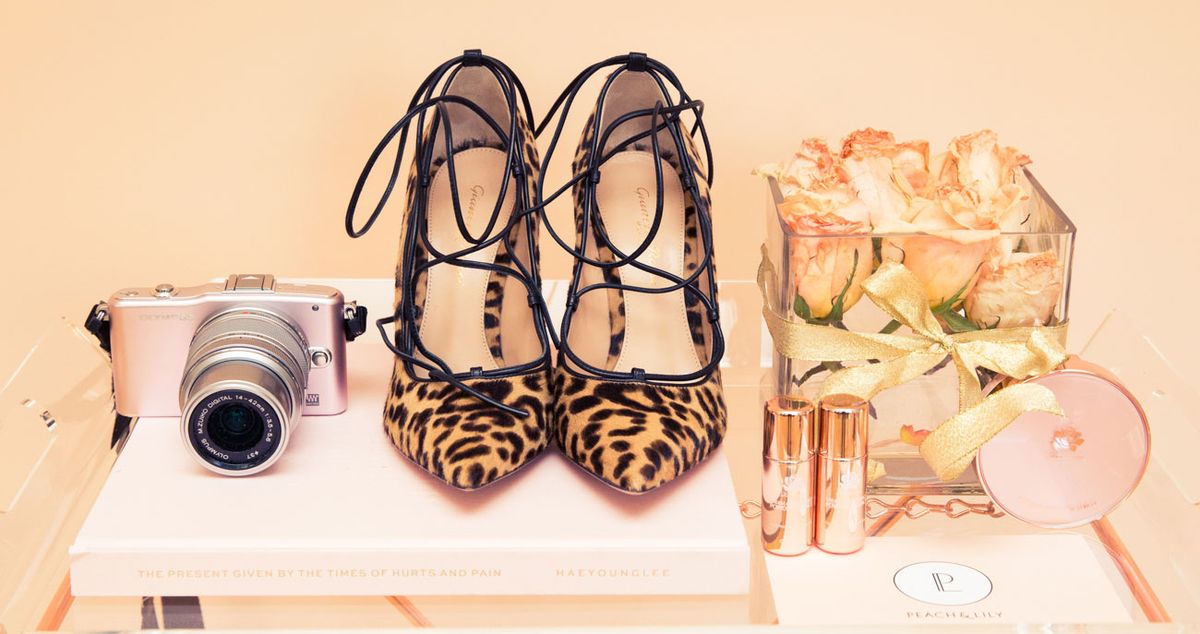 Or the reason why I can’t monotask.

Want to know a really awesome feeling? The one that comes with closing all your open internet tabs. Each and every one of them. Admittedly, this is something I seldom get to do. Instead (like most of you, I’m guessing), I keep a smorgasbord of tabs open and working at all times. There’s the “permanent” ones (you know: Gmail, calendar, documents, social media), and then there’s the “time sensitive” ones that I can’t exit out of, lest I forget (the ten item deep Net-A-Porter shopping bag I can’t commit to just yet or the unconfirmed doctor's appointment form I’ll probably never finish filling out). Though recently, I went on vacation and the act of pressing command Q on Chrome was almost as good as putting on that out of office. Alas, I had to trade a bikini and boat for a laptop and brightly lit, air con heavy office. Which is how by Friday, after living at sea for eight days (without cell phone reception, nevermind electronics) I was once again deep (twenty something tabs deep), in the internet world . Below everything that consumed my mind this week, a.k.a leaving me utterly unable to concentrate on just one thing.

1. Kicho Sunscreen: Remember when Apple debuted albums for Screenshots? And remember when that became maybe the best thing ever because you could go back days or weeks later and view all the random (but really important, of course) things you screenshotted when you were in bed scrolling through Instagram? Yeah, that’s pretty much how I ended up tracking down this Korean sunscreen that I first saw on Peach & Lilly’s Insta. The SPF 50 PA+++ formula is marketed as weightless, non greasy, non drying and without residue, which is all you can ask for in a sunscreen you layer on every.single.day. Stay tuned to see if it lives up the hype.

2. Emily Ratajkowski’s Harper’s Bazaar Interview: I too, was consumed with two articles this week: Emily Ratajkowski’s well-received (but with concern over potential injury to nether regions) Harper’s feature and Margot Robbie’s not so well-received (and actually really ridiculous) Vanity Fair feature. On the one hand you have Ratajkowski stark naked (whilst riding a horse) but with a piece that rightfully focuses on her brain; her views, her femininity; her opinions. And on the other, a clothed (albeit in a bikini) Robbie alongside a sexist and silly cover story, one that focuses on little more than her looks and misconstrued opinions about her home country.

4. Gillian Schwartz’s Wedding: If you’ve been following along with my wedding planning situation, you’ll be happy (or at least I am!) to hear that I finally got moving. Meaning we decided on a venue *and* booked a date (yay!). So it’s officially all happening next summer in southern Spain. Since then I’ve been on a deep (deeeeep) dive of wedding inspiration (I’ve yet to open Pinterest, though). Gillian Schwartz’s wedding is giving me all sorts of feels since hers was in a nearby village to ours, and they had a jamon store on their wedding weekend map. So yeah, my kind of inspiration.

5. Label Maker: In the interest of being completely transparent with you guys, I figured I’d tell you all about allll the dumb mundane shit I spend my days looking at. Like this label maker on Amazon. That I really need in my life since I recently decided I wanted to label everything I own like some weird, fifty year old man. Yup, like Meagan said, delete my Google, and Amazon order history, when I die.