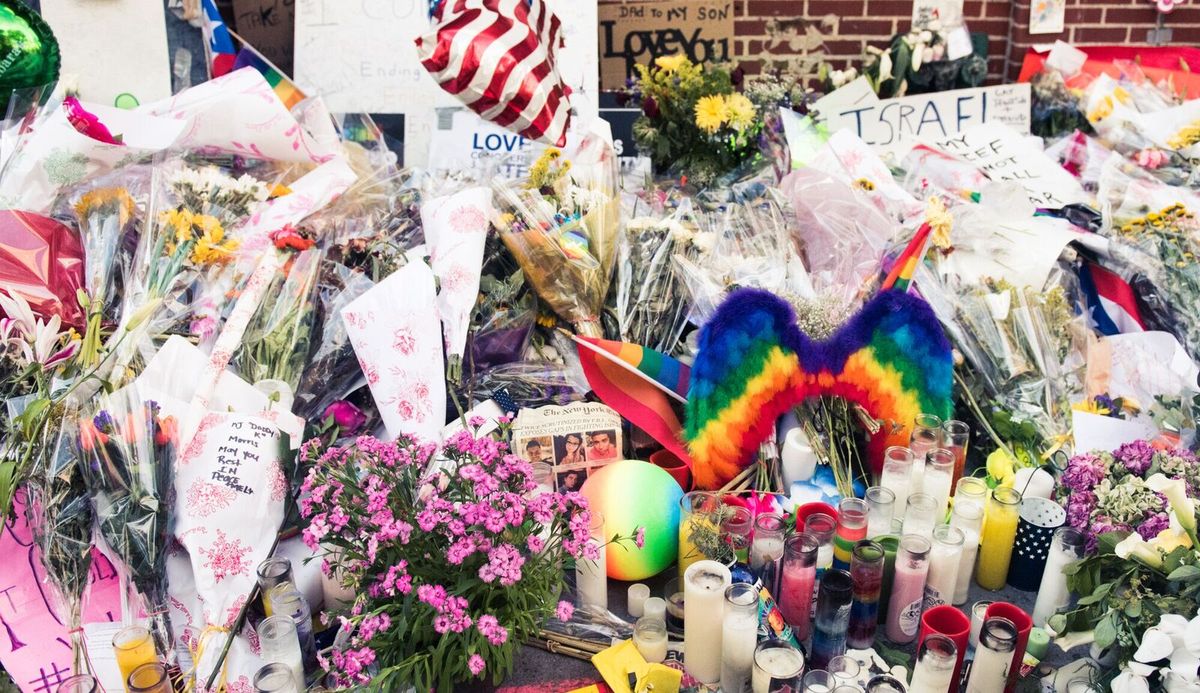 What It Means to Celebrate Pride Now

What you need to know before celebrating Pride this weekend.

The Coveteur knows a thing or two about exploring closets. But there's a big difference between playing in the closet and staying in one (ba-dum-tiss!). That's not to make light of a serious issue—that, friends, is why Pride is such a big deal.

What You Need to Understand About Pride

Pride is a celebration of the LGBT community; of being out and proud. Equal parts party and protest, Pride events serve to promote and advance the rights of LGBTQ+ community, and in the wake of the Orlando tragedy, that’s perhaps more important than ever before.

This time last year, New York Pride celebrations were buoyed by a sense of victory, thanks to the then-pending legalization of gay marriage. In stark contrast, this year’s events will be taking place in the aftermath of incomprehensible tragedy. The murder of 49 people on June 12 at Pulse—a gay nightclub—served as a sobering wake up call to many of the ongoing threats facing LGBTQ+ individuals. Despite this year’s landmark triumph for marriage equality, the community remains a target of violence and discrimination.

For some, no such reminder is necessary. The National Coalition of Anti-Violence Programs (NCAVP) notes that the events in Orlando are reflective of a greater pattern of hate violence that continues to plague even the most progressive areas of the United States. The fact is, there are very few places in which the LGBTQ+ community can escape violence in their day-to-day lives.

The attack in Orlando occurred in the context of sweeping anti-LGBTQ+ legislation that is advancing in the United States, leaving already vulnerable communities even more susceptible to violence. “We need to shift our cultural understanding of hate violence away from thinking that it’s random and rare, and recognize that violence against LGBTQ+ and HIV-affected communities is a consequence of homophobia, transphobia, and biphobia that permeates our everyday environments and relationships,” said Emily Waters at the New York City Anti-Violence Project.

Where to Get Help

If you are a victim of hate violence, I strongly encourage you to contact AVP.org.

For resources and support in Canada, check out PFLAG here.

Where to Celebrate This Weekend

June is LGBT Pride Month; marked with events held across the country, and around the world. So if you are in the mood to celebrate, chances are there’s a march, rally, or parade happening near you. (Seriously, even Anchorage, Alaska is getting in in the fun. Who knew?). The Gay Pride Calendar provides links to hundreds of events happening across the country and around the world.

NY Pride is the largest official celebration, and appropriately so. After all, it was there, during the Stonewall Riots of 1969, that the modern Gay Rights movement first began. This year’s Pride Celebration is expected to be bigger than ever. Here's a quick rundown of everything going on this weekend:

The Rally: The Official Pride Kick-Off

WE Party—Graffiti: The official Saturday night event of NYC Pride.

The March (aka the Pride Parade): Noon – 6:00 P.M For Parade route details and other info, click here.

PrideFest (aka the most fabulous street party on the planet): From 11a A.M – 6 P.M For more details click here.

Now Get Out There! Happy Pride, Y'all!