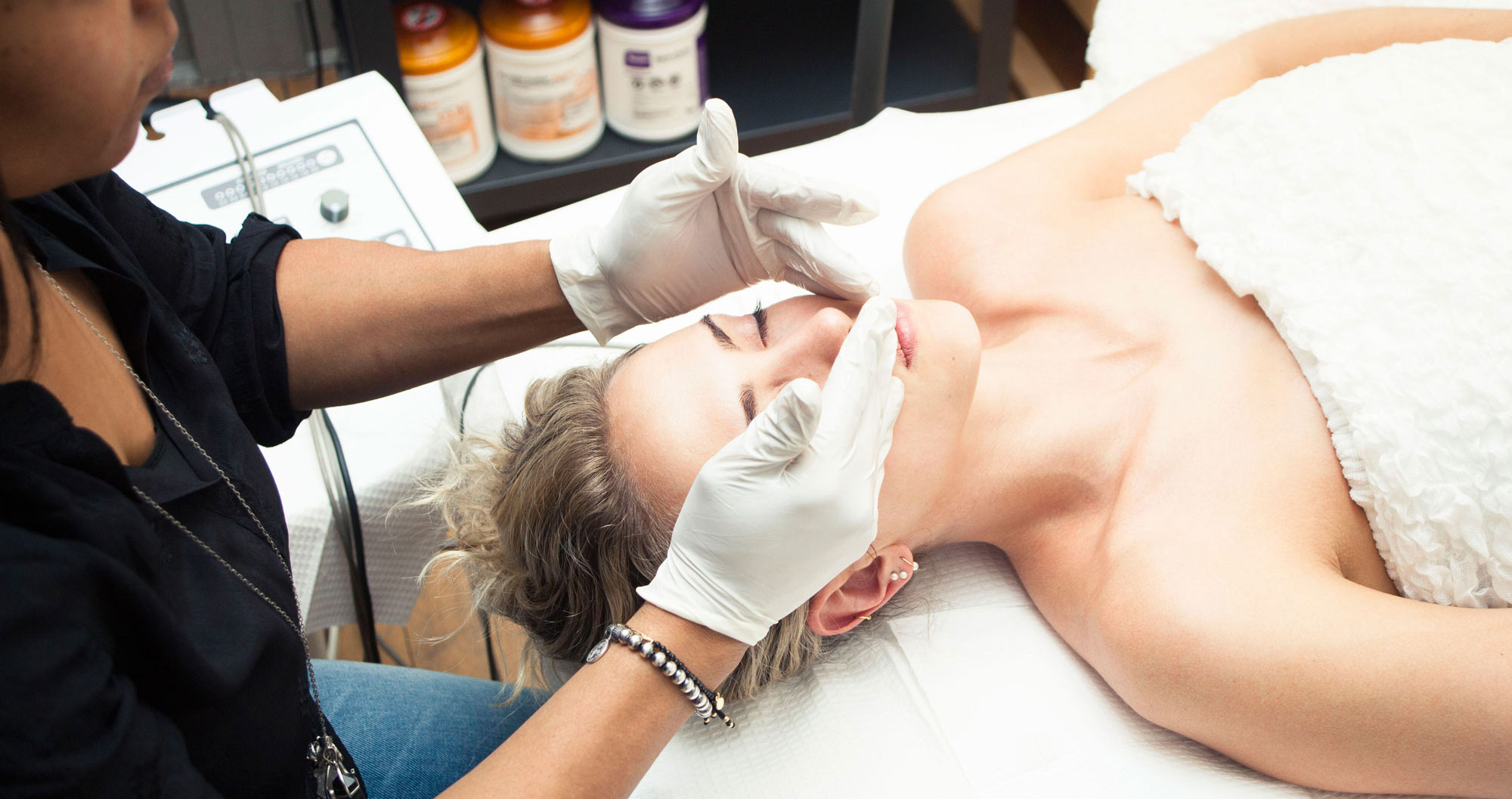 When Your Facialist is Also an Intuitive Healer

It’s actually even better than it sounds.

When it comes to beauty treatments, my MO is the more extreme, the better. Want to burn my face off with lasers? Great. Inject me with toxins? Totally. Shoot electricity all through my mug to make things look ever so slightly tighter? You bet. Can you guess what I said when I received the offer to pierce my entire face thousands of times with itty bitty baby needles? Spoiler alert: it was yes.

Microneedling has always been on my beauty bucket list. The process—which is pretty much exactly what it sounds like; stabbing your face millions of times with tiny needles—promises to stimulate collagen and elastin production, and give you the most insane glow of your life. It has zero down-time (you’re actually not supposed to work out for 24 hours after), and you immediately see the results (as soon as any minimal redness subsides). But wait! It gets better. The woman who would be performing the treatment, Mashell Tabe, also happens to be an intuitive healer. Hi, hello, yes, I am a candidate for intuitive healing. 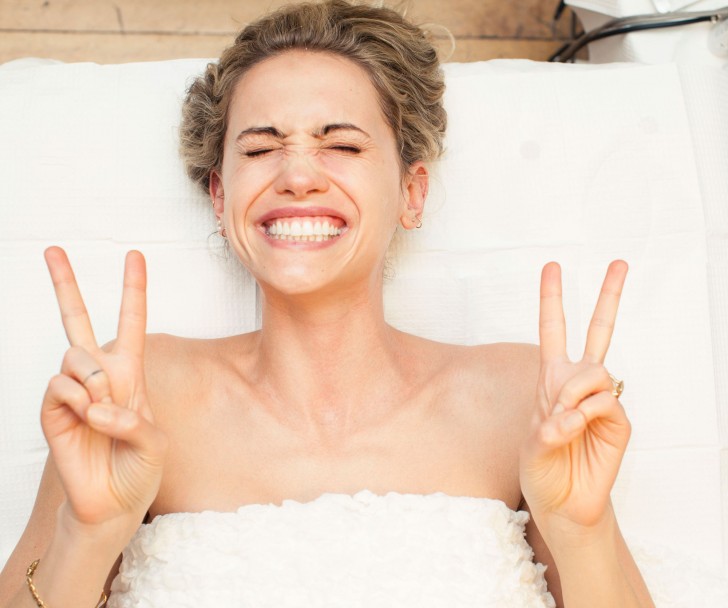 My session started with Tabe explaining what the treatment would feel like—despite being the proud owner of multiple tattoos and piercings, I get squeamish about needles. “It doesn’t hurt,” she told me, “it actually feels like a cat licking your face.” Okay!

After that, she confronted me about the sad state of my skin. Despite being in the throes of a full-on bridal prep bonanza, my skin was parched. “Are you drinking enough water?” she asked. “I hate drinking water,” I replied. “Are you using moisturizer with hyaluronic acid?” she asked. “I’m completely useless. I’m basically helpless,” I replied. I was eager to get to the intuitive portion of our appointment. “Is everything okay?” she asked. “Please halp,” I replied.

She slathered a hyaluronic acid serum all over my face, which felt incredible. Then, she started the actual needling process. Loads of facialists use dermal rollers, but Tabe uses something that resembles a pen, and the needles shoot out one end of it superfast like a tattoo gun. She prefers this method because you can better control how deeply the needles penetrate. 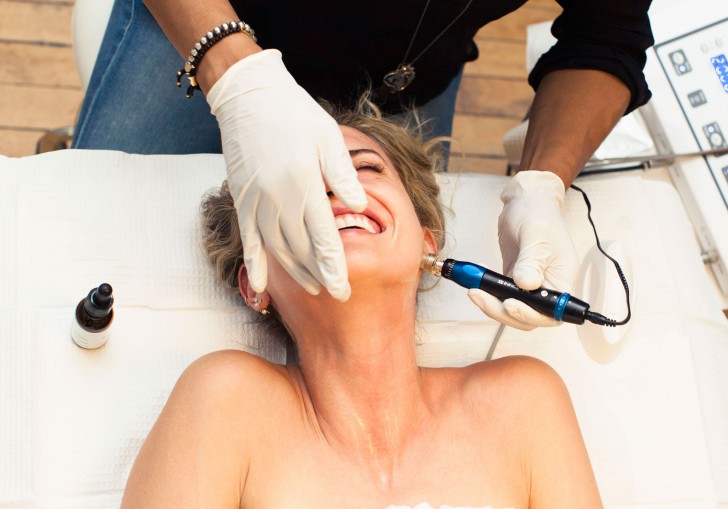 The actual needling part did indeed feel like a cat licking my face, which was fun. She went over and over my face in vertical, horizontal, and diagonal patterns, and then focused a bit on my smile lines (because I’m getting old…), and moved on to my neck. At no point did I feel pain, exactly, but it was unbelievably ticklish on my neck.

It was all a lot less scary and weird than I was expecting—the needling portion lasted only about three minutes before she covered my face in hyaluronic acid again, and then placed me under a red light for twenty minutes. The red light also stimulates “youth production” apparently. So I’m into it. Finally, she applied an algae gel mask to further soothe and hydrate my skin, I felt incredible. 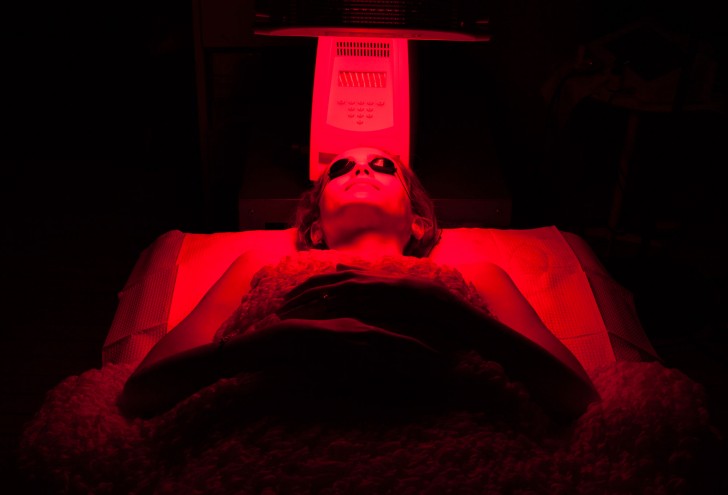 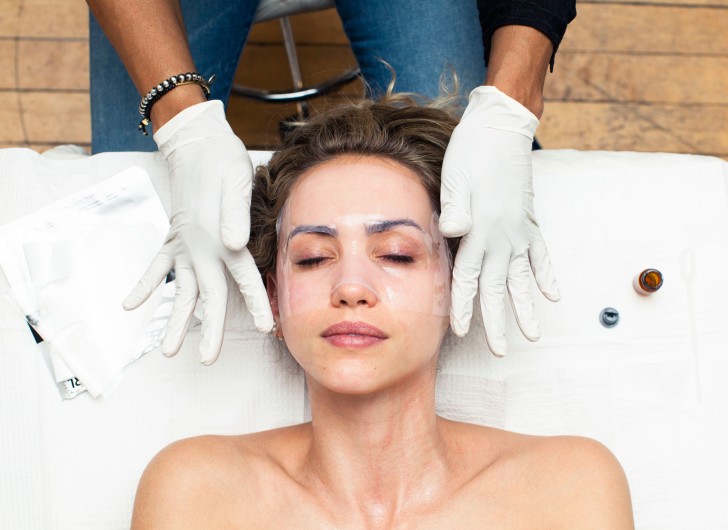 And that’s when the good stuff started. We sent our photographer away, and she sat down to get into the intuitive portion. She tapped into “Spirit” to tell me more about what was on the horizon for me (impending marriage, NBD), and to offer general reassurance on a number of topics. For the sake of my privacy, that’s all I’ll say, except that it was incredible. I left feeling a thousand times happier, lighter, and generally more optimistic and excited about life than I had in awhile. And, my skin looked fabulous. I sent a thank you email to the people who put me in touch with Tabe with so many exclamation points and heart eye emojis I practically cracked the screen from tapping on it so aggressively. Really, truly, no joke, it was the best facial/therapy session of my life. I had a visible glow for weeks afterward, and just generally felt better about everything. Mashell, you are a goddess.