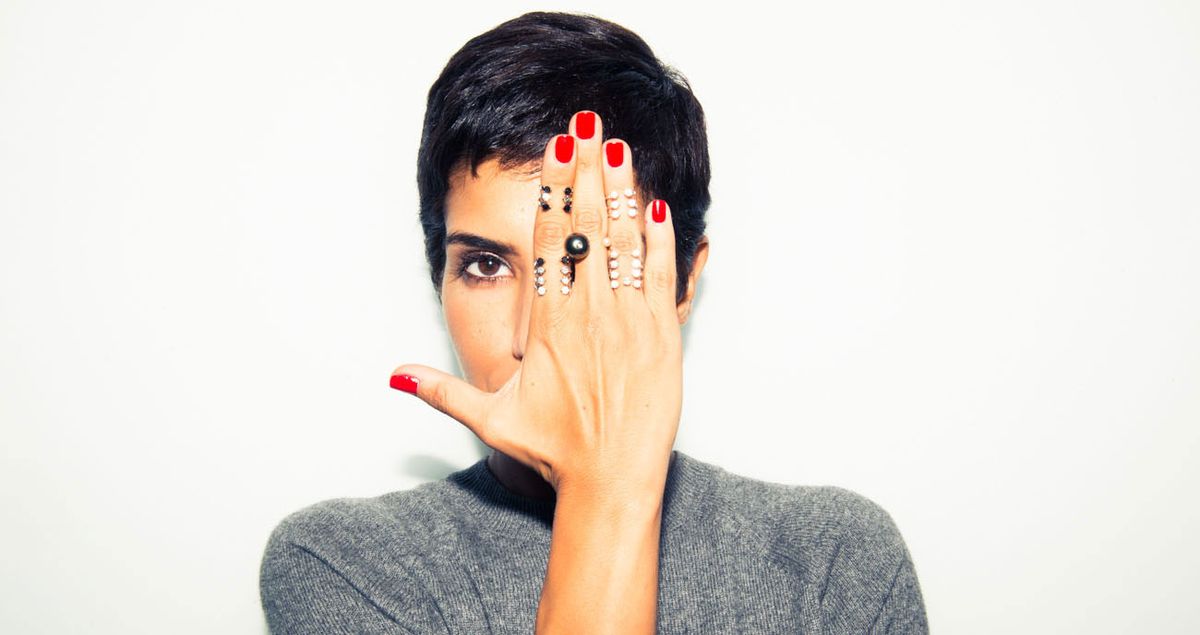 The Laser That Finally Fixed My Skin Problems

Two months ago, when I strolled into Dr. Colbert’s glossy Fifth Avenue office it felt like a real New York City moment: girl moves to the big city, goes for her first big girl appointment at a big deal dermatologist office. I was just there for a consultation, but things escalated quickly (it was my own fault, really). The next thing I knew I was in the patient waiting room, outfitted in bright blue scrubs, getting my face covered in a heavy dose of numbing cream. But let’s rewind for a sec before getting into what happened next.

After having a thorough discussion and skin evaluation with Dr. Charissa Tagupa of the New York Dermatology Group, it was decided that the Fraxel Dual laser was the best procedure to correct my top skin concerns: acne marks on my chin and cheeks, sunspots across my nose, fine lines, and a stubborn scar sitting not-so-pretty across my forehead. So after some in-depth questioning on my part (hey, it is my job), we got started.

To kick everything off, a topical numbing ointment was applied to my entire face. At first it felt like a tingling sensation across my cheeks and forehead, but within ten minutes it was an I can’t feel my face scenario. It wasn’t unpleasant, just very, very numb. It takes a while for the agent to do its thing (about an hour), which gave me time to catch up on emails, read Us Weekly (don’t judge) and watch Bravo reruns (the world was my oyster, really) in the waiting room. Not going to lie, it felt very Real Housewife-y.

Me, myself, and my numb face went back into the treatment room. My eyes were covered for protection and then it was time to get to lasering. I took a few deep breaths and the Fraxel wand began rolling over my entire face. It was hot pain, that felt vaguely like a rubber band snapping across my face. The first time around was manageable, but by the third pass, slight discomfort turned into full-on pain (which is extra disturbing since I had spent an hour sitting with numbing cream).

When all was said and done, I didn’t look much different, or as scary as I assumed I would. My skin was red and the eye area that wasn’t lasered was a bit swollen in comparison to the rest of my face, but that was about it.

Post-Fraxel care was what I was most concerned about. I’m the type of person who enjoys specific direction, so I had Dr. Tagupa break it all down for me. She prescribed a gentle cleansing with Cetaphil at night, a heaping dose of Biafine (a French pharmacy staple meant for treatments of burns), tons of moisturizer (they recommended CeraVe Moisturizing Lotion), plus ice packs and ibuprofen to reduce swelling and help with the soreness. Subsequent days called for high-level sun protection (the most important step, because, uh, my face has just been lasered)—I used La Roche Posay Anthelios 60 Ultra Light Sunscreen Fluid.

I looked like I got a terrible sunburn, and had a good cry. So to control the side effects, I slathered my face in Biafine, Aquaphor and tons of CeraVe moisturizer. Before leaving the house I applied a heavy coating (okay, multiple coatings, just to be sure) of La Roche Posay sunscreen and a few swipes of mascara to distract from the vibrant redness.

By 5PM my skin was way less red but tiny, brown, grid-like dots started to form on the surface of my skin—which, I learned, is the darker pigment shedding itself. The texture of my skin was much rougher and scalier than before the treatment, too.

On day 2, I woke up to less redness, but my skin had definitely entered the shedding stage. Touching or peeling my skin in any way (even though it was very tempting) was off-limits, so all I could do was daydream about how my Clarisonic could take it all off. The tiny brown spots were much more pronounced on day 2, as the pigment was being pushed off my face. Not going to lie, it’s all mildly satisfying.

SO MUCH SHEDDING. Wearing no makeup for the past three days was a welcome reprieve. The scaly, rough texture of my skin though? Not so much.

Since the Fraxel essentially extracts all the bacteria and dirt lodged in my pores, the acne that would have formed over time was expedited to the surface. This resulted in tiny whiteheads all over my face. This was extremely abnormal for me—I usually only get cystic acne around my chin. I desperately wanted to scrub my face and slather on a retinoid, but alas, both of those were on the do-not-do list. Instead, I dutifully applying cortisone cream, moisturizer and prayed for the best. Stay tuned…

Most of the lizard-like texture started softening up. The healing process is ongoing—my face was still covered in dry patches and flakiness (which was not so pretty) but at least I knew something is happening.

Because of my acne, I stopped by Dr. Colbert’s office for a quick 15-minute Blue Light treatment, which works to zap the bacteria living in my pores, and I could tell a significant difference almost immediately. Minus the vaguely claustrophobic feeling of the Blue Light device hovering closely over my head, it was a relaxing experience. Day 5 was also the first day I applied makeup.

My face is now completely healed from the Fraxel treatment and I’m able to see the full results. I couldn’t be happier! The acne marks have been obliterated, most of the freckles on my nose disappeared and my skin is dramatically brighter and even toned. Most importantly, the forehead scar I’d had for years faded away. I’ve had multiple family members and friends remark on the fact that I look younger and my fine wrinkles (um, thanks guys?) have disappeared. Would I do it again? Absolutely.
More From the series Skin