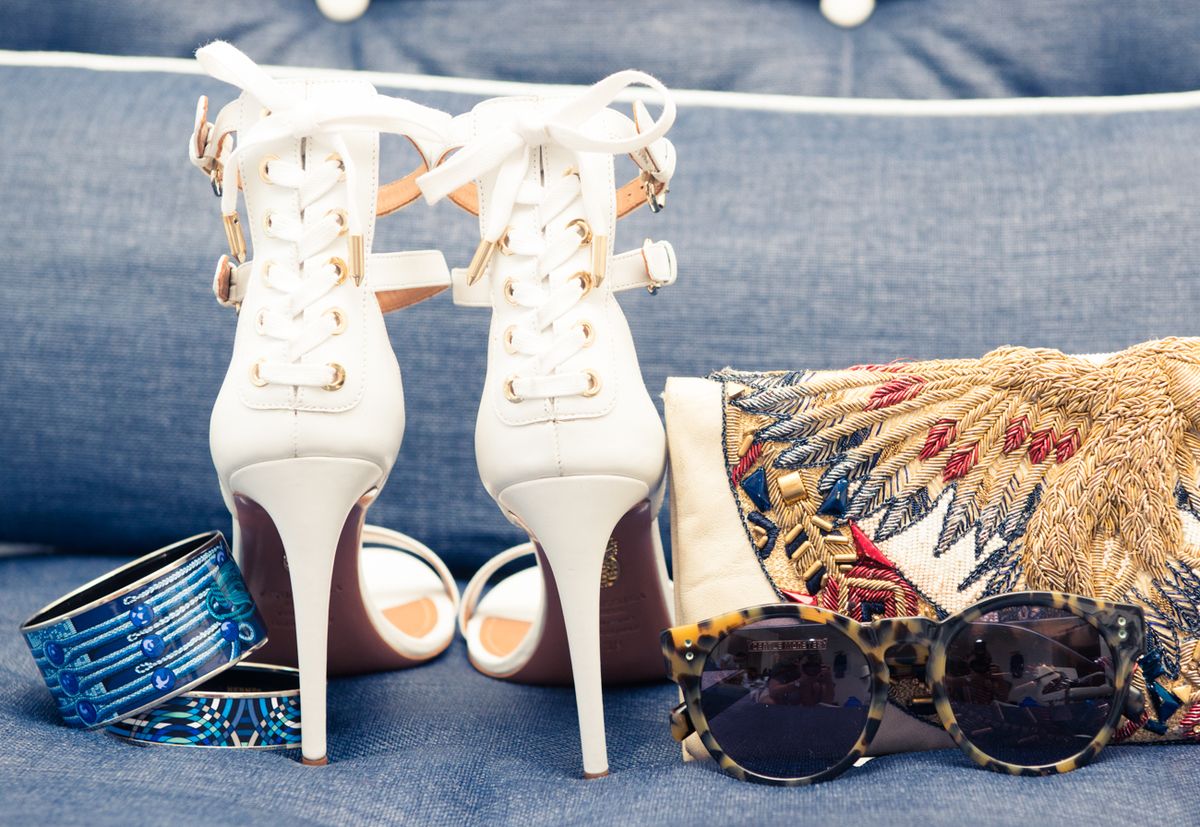 How to Deal With Every Awkward Wedding Situation

Weddings are rife with eff up opportunities. We’ve been there.

You’ve seen docks collapse under bridal parties, microphones grabbed during ill-conceived speeches, and drunken relatives careen headfirst into tables. You’ve heard tales of allergic reactions, wardrobe malfunctions, and that one time an ex-boyfriend decided he simply could not, under any circumstances, forever hold his peace.

But what happens when you’re the matrimonial miscreant? (Hey, it happens to the best of us—yours truly drunkenly burst into tears at a rehearsal dinner. At which I was a plus-one. But that is a story for another day).

Here’s how to handle any awkward wedding scenario your raging hormones/13 edible flower-garnished cocktails throw at you with the poise and eloquence of Justin Beiber’s PR team.

So you’re late for the ceremony

Whether your Uber driver missed an exit or your squad of lovable sloths couldn’t get their sh*t together in time, you’ve somehow managed to be late for the wedding.

If there’s a wedding planner, find her. She won’t be thrilled, but she’ll help you squeeze into the back row unnoticed. If there’s no one in charge, wait until the bride has been given away before slipping into a pew. The last thing you want is to accidentally join the procession.

And whatever you do, don’t make a big deal about it. Resist the urge to exaggeratedly tiptoe down the aisle looking like a walking grimace emoji, hissing “sorry!” to a bunch of people you don’t know. The bride DOES NOT want to dwell on your tardiness, nor does she care to know that you effed-up the timing of a ceremony she spent tens of thousands of dollars on because you “forgot your phone in the Airbnb.”

First off, if you’re planning on attending a wedding in a light frock, do yourself a favor and take a photo of it with and without flash (we don’t want another Dresspocalypse situation on our hands now, do we?).

But if you’re mid-reception realizing your lacy, pale-pink number is looking hella bridal through a lens, try not to panic. If you’re close enough with the bride, jokingly point out the optical illusion (chances are, she’ll laugh. Maybe). Otherwise, wait ‘til the photos start flooding in before jumping in with a witty comment (“Is it white? Is it pink? Let’s settle this once and for all. #TheDress2.0”).

So you didn’t prepare a speech…

But literally everyone is making them and you’re much closer to the newlyweds than they are and oh my god everyone is staring at you expectantly waiting for a glass-clink.

Three deep, yogic breaths. Think of a story—preferably something that involves both the bride and groom. Keep it short—no one likes a meandering tale that goes nowhere (we’ll dub this the Druncle). Keep it specific—touching on his undying love of Ralph Lauren polos and her obsession with sausage-and-egg McMuffins will keep the toast from feeling too generic. Then wrap that shit up with something lovely someone smarter than you has said. (“Love does not consist in gazing at each other, but in looking outward together in the same direction.”) Et fin.

...But Grandpa Bill did

Just wanted to throw in a helpful tip about speech-making courtesy of my beloved grandpa, who thought it appropriate to make a speech about the delightful shenanigans that went down during my uncle’s first wedding at his second wedding.

So you’re seated at a table with your ex

Clearly the bride and groom didn’t dig too far back into the archives while making their seating chart (so selfish), because you’re seated smack-dab beside your college ex and his perfect pixie of a date.

Whatever you do, don’t make a scene by asking a friend to switch with you. There are two sides to every breakup, but there are also two sides to every seating assignment. If you can’t handle three hours of small talk with The Ghost of Relationships Past, subtly tell the couple of people sitting on your other side about the situation and ask them to be your conversational wingmen for the duration of dinner. Otherwise, be as chill as possible, get through the “so how’ve you been”s, and for the love of everything, pace yourself through the wine pairings.

So you’re wearing the same dress as the bridesmaids

In a matter of seconds, this wedding just went from holy matrimony to holy fuck. You suspected something might be up when the concierge directed you to the bridal suite upon arrival, and when not one but two nosy aunts asked you why you were seated with the guests. But it didn’t dawn on you until the first notes of the wedding march revealed a bridesmaid bedecked in the exact same Reformation dress.

This actually happened to a friend, and she recalls walking into the church with her boyfriend and everyone standing up, thinking the procession was beginning (CRINGE). In this case, resign yourself to an entire night of strangers asking why you’re not seated at the head table and sh-sh-sh-shake it off. Unless you’ve got a second dress stashed in your car, there’s not too much you can do other than go with it.

So you drank everything

If you’ve really effed things up (kissed a taken groomsman, cut yourself a slice of cake before the bride and groom got the chance, vomited into your cocktail, et al.) think about sending a sincere thank-you-slash-I’m-sorry card a few weeks post-wedding.

But if you’re just a standard-issue belligerent guest? Mouth “you’re welcome” to the happy couple as you whip and nae nae with the groom’s step dad, chorizo slider in one hand and vom-tail in the other. Someone had to liven up this lovefest, right?