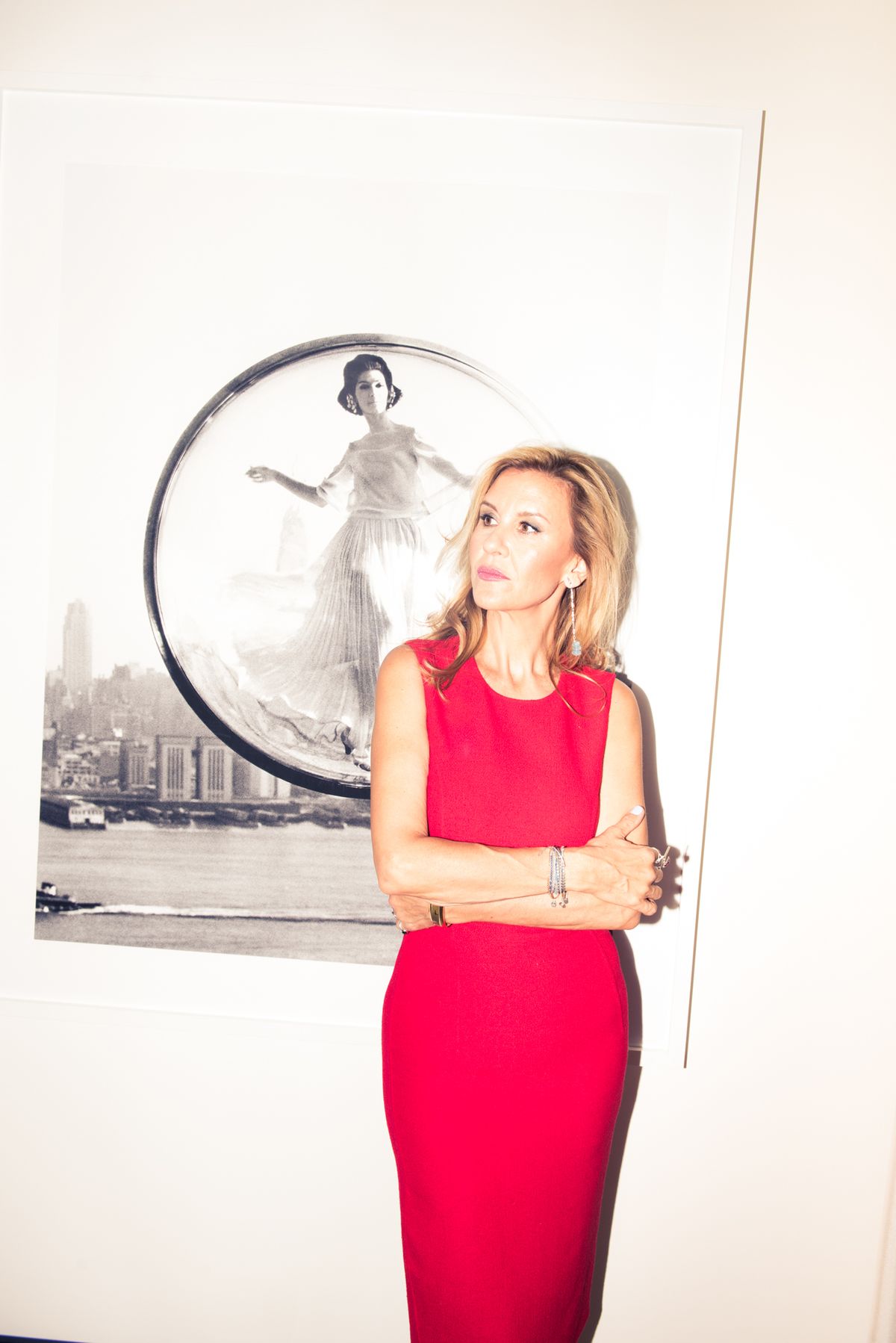 Emily Ramshaw
Emily Ramshaw
As you might have noticed, we, like everyone else, are completely obsessed with Gucci’s current Alessandro Michele-helmed era. That embroidery, those bags, those fur-lined slides. It’s just all. So. Good. That’s not to say, though, that every turn that Gucci has taken in its long, illustrious and very Italian history hasn’t been anything short of epic. If anything, Michele is only the most recent to shepherd the brand’s seemingly endless reign as the ultimate purveyor of Italian glamor. Which is why we were so curious when an email landed in our inbox announcing the release of a memoir by Patricia Gucci, the daughter of Aldo Gucci—the man responsible for making the label a powerhouse back in the ’50s. And when Patricia proceeded to invite us to the New York hotel where she’d taken up residence for a month to introduce the city to her book, In the Name of Gucci, well, we couldn’t exactly say no. Patricia answered the door of her hotel room looking exactly the part. The woman is a living, breathing personification of Italian style and la dolce vita. Seriously. Between the dust-bag-protected jewels that were given to her mother by her father in the throes of their affair (including an incredibly beautiful diamond and opal Bulgari necklace), an original Halston dress she wore as a 16-year-old and the endless stories about her life and that of her parents—told complete with outsized gestures and exclamations—we might as well have been hanging out in Florence, it felt so quintessentially Gucci. Which is why, if you have any interest in the brand at all (maybe it’s the loafers or that iconic G print), we suggest you pick up this book (it goes on sale today!). The whole thing reads like a novel—it’s that glamorous. And Patricia is the real deal, guys—consider this just a preview.
Closet