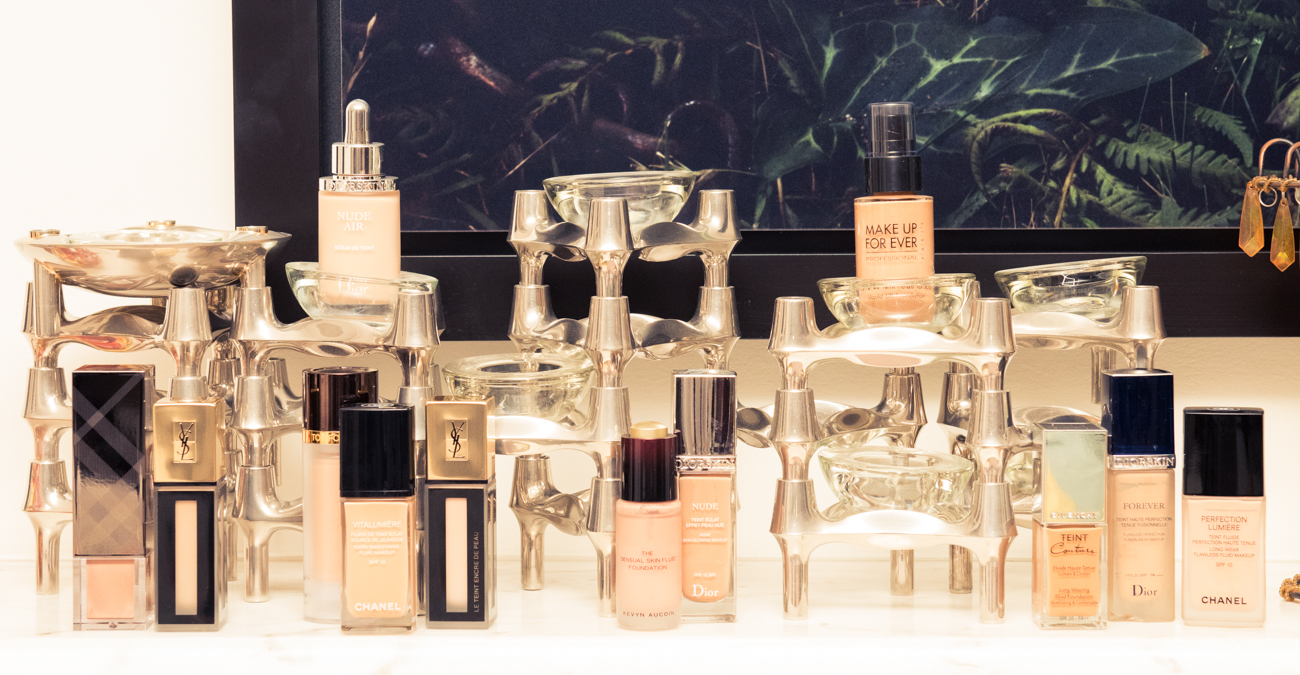 Mary Greenwell is the OG.

Let’s go on a little time travel adventure, shall we? It’s the age of Aquarius; suede mini skirts, folk-embroidered blouses, flared denim, and feathery, loosely waved hair abound. Picture it yet? Sounds a bit familiar, right? While it’s true that trends are cyclical (case in point: 2016 looks a hell of a lot like the 70s, fashion-wise), some things within the industry have evolved in a way in which they will never turn back. Take, the backstage atmosphere at Fashion Week for example; back then, hoards of press/bloggers et al. that hover around with their iPhones as hair and makeup artists primp models for the runway, were non-existent, and access to this so-called sacred space was relegated to a select few. You see, before Youtube and Instagram turned amateur bathroom-beauty-tutorials into a thing, there were the first—we’ll call them the OG—group of artists who trail blazed the idea of beauty as a career. Mary Greenwell, is part of said tribe. 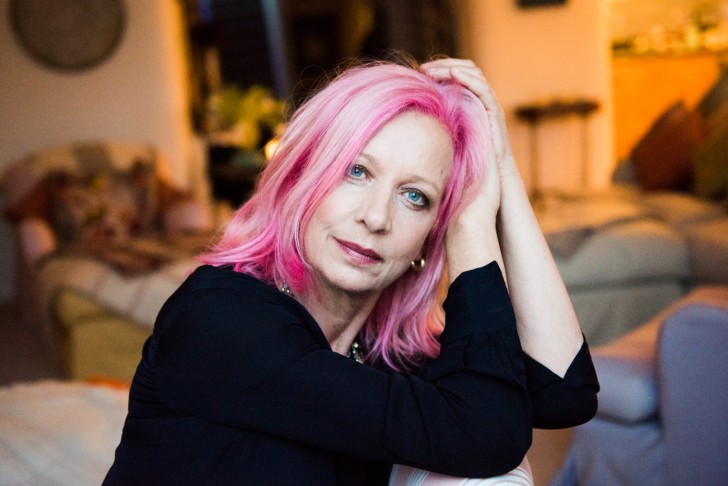 In her 30 plus years in the biz, Greenwell has painted the faces of some of the most iconic (a phrase you know we don’t just throw around) women. Like, Princess Diana (!!), Kate Moss, Cindy Crawford, and practically every inimitable supermodel from the Supers' heyday. See what we mean about iconic? And just in case you needed more proof of her epicness, Greenwell trained some of the most successful artists in the industry including Lisa Eldridge and Charlotte Tillbury—NBD. So when Greenwell invited us to her Notting Hill flat to tell us tales of rafting with Sam McKnight in the Himalayas and of the most legendary editorials, all while touring us through her room (literally, an entire room) of beauty products, we could hardly contain ourselves.

How it all started:

“I wasn’t interested in makeup at all, it was like I was handed it as a gift. When I was growing up, all my mother ever did was put on a bit of rouge and a bit of lipstick, you know? Makeup was a whole other game. It wasn’t a part of my childhood.

When Fiorucci opened up in LA in the ‘70s, they asked me to represent the makeup counter by a company called Il Makiage, which was the first artist’s makeup line. I went to New York and learned how to do makeup with Ilana Harkavy, but I had never worn makeup before. So this was a new thing for me. That’s how it started; just because the owner—the person who was taking on the franchise of Fiorucci—really believed and loved me.” 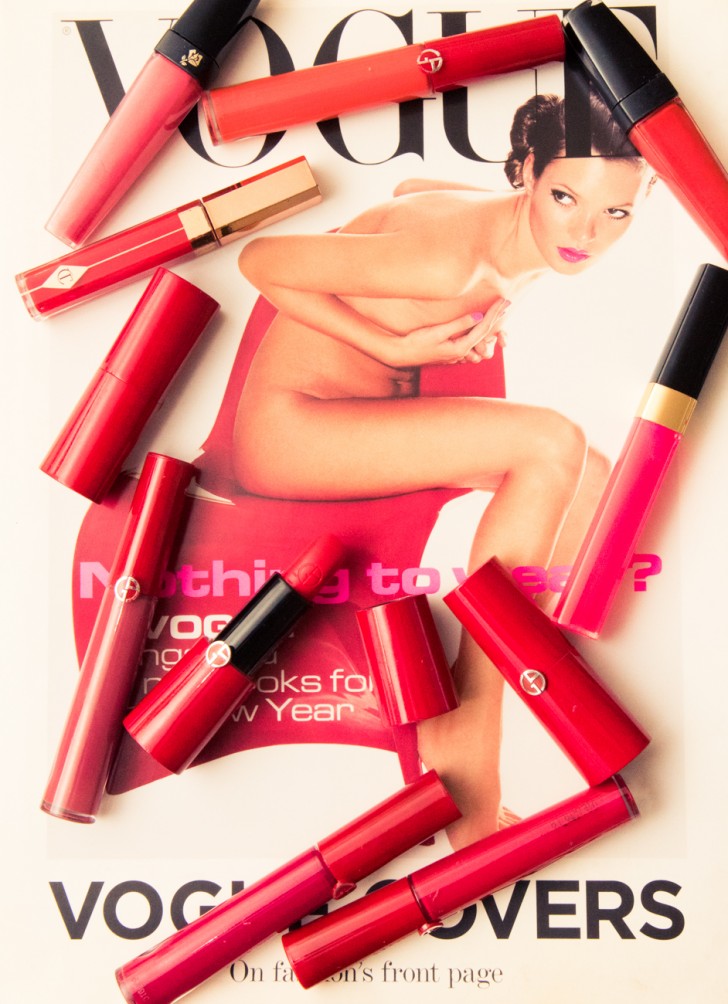 The difference between then and now:

“I lived all throughout California in the ‘70s, as a hippie—I went to escape my English upbringing. I had no intention of doing makeup, I had no idea it would even exist as a job; and when I first started during the supermodels, it hardly existed as a job. Let me make this very, very clear: it did become a job, and a job that EVERYONE wanted to get into. Now people are running around wanting to be makeup artists because of the availability and how easy they think it is, and because people like Mario—the Kardashian makeup artist; a BRILLIANT makeup artist. Everyone thinks they want to do it and be it, and be like that, and be as famous and big and successful. For me, I was just blessed to be in the right place at the right time, which was in Paris in 1984. All the supermodels arrived at that time; of course they weren’t supermodels yet. We all kind of grew up together. You know, me, Francois [Nars], Kevyn Aucoin, and Stephane Marais.” 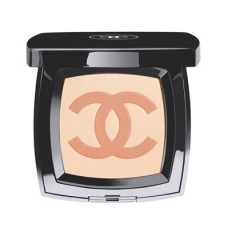 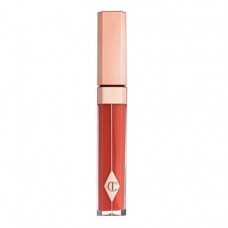 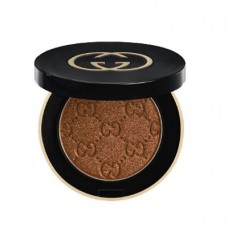 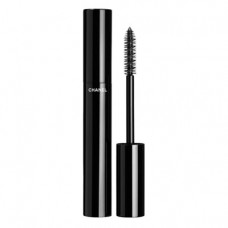 The moments that propelled her career:

“There were two big breaks in my career. There was one working with Pamela Hanson in England for Harper’s Bazaar. She told me, ‘come to Paris, come to Paris, you would do so well. I love you, I want to work with you!’

The other big break happened when Hans Feurer saw a picture of a model called Marpessa [Hennick], who is divine. He saw her in a picture of Madame Figaro, which was like a real throwaway magazine. A photographer called Hans Feurer saw the picture I had done of Marpessa—it was on the cover of Madame Figaro and Hans said, ‘I want to work with the makeup artist that made Marpessa look so beautiful.’ And that was my big break, because then he took me on an American Vogue trip. We came back and he had been booked by Grace Coddington to go to do a Summer shoot in January and it was always a very famous shoot. It was a very beautiful shoot to be apart of because it had lots of stories, travelling out of miserable Europe and into North American, to some hot, gorgeous place to spend two weeks in the sun. Hans suggested to Grace Coddington that he’d like to take me with him. And then that’s how my career really took off. After that I worked for Vogue every single month.” 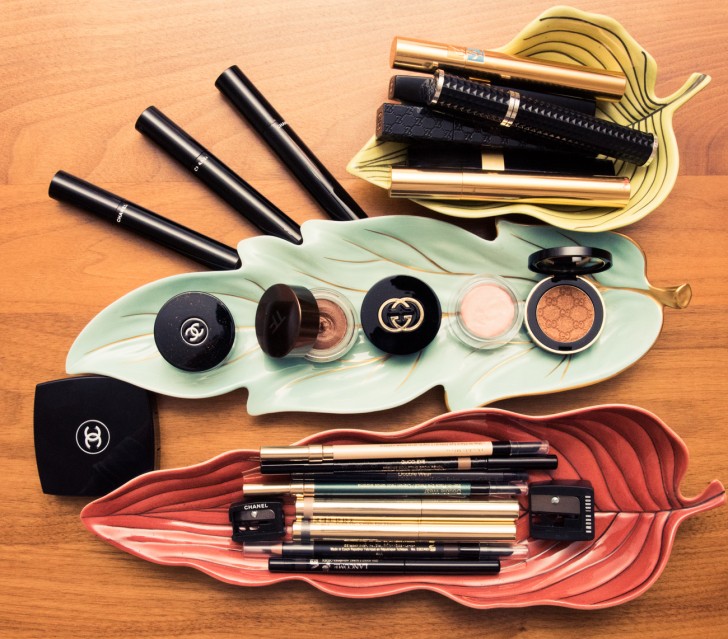 On being part of a hair and makeup crew with a legacy:

“We didn’t even know we were a part of it. We had no idea we were in this bubble of gorgeousness! We were not competitive at all. We used to travel around the world, go from Tokyo, Paris, London, New York, Tokyo, Paris, London, New York—and we’d be with these wonderful people. You didn’t realize you were part of it at all. You never thought of money; the trips were two weeks long. You just had the most amazing time and it was just awesome. It really was. It was a very different world and I have to impress upon anybody that wants to get into makeup or hair now—it is NOT easy.

I don’t know if it was ever glamorous because we just had fun, so we didn’t think about whether it was glamorous or not. It was just that we all had such fun! We were all friends. If I see Stephane Marais now, I’m going to give him a great big hug. He’s a real friend—we were living in Paris at the same time. He would be in one studio working with Peter Lindbergh and I would be be in another studio working with Paolo Roversi. There was a very small band of photographers, too. There was a small band of hair and makeup, a small band of photographers, a small band of models. And the models became known as supermodels because they were the first group to do both the shows and do beauty campaigns—they were the first group to be able to do everything.”

When she went rafting with Sam McKnight:

“It was all so magical, going down for two weeks to shoot for two days around temples in the Himalayas. I mean, come on! I remember one time Sam McKnight and I went down the rapids with Sheila Metzner and I swear to god, all we did was get each other wet and we lived in tents at night. People don’t do that now, they just wouldn’t. They’d be like, ‘what do you mean, where’s my hotel room?’ And also, there was no such thing as production; the photographer had her assistant, the stylist had her assistant and that was it. We were family, it was amazing! I really was always on holiday. That’s how I see it.”

“I think that I’ve been blessed to do so many [incredible shoots]. Living in the pocket of Paolo Roversi and Patrick Demarchelier was a dream—and Paolo Roversi is a dream.” 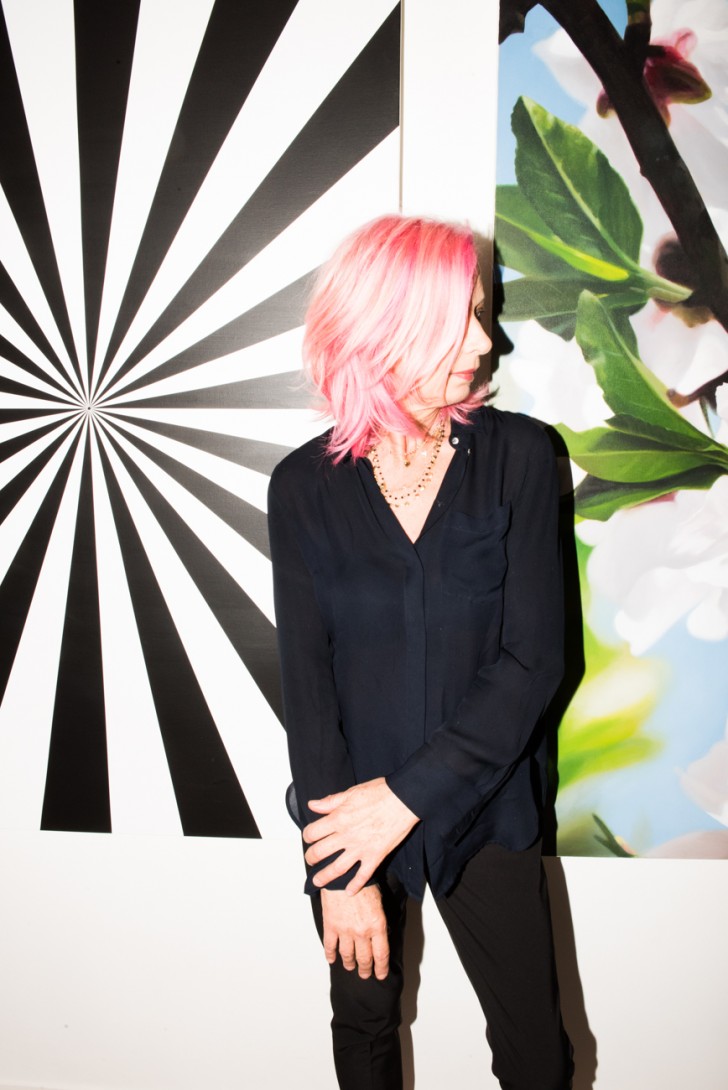 “It’s filled with the most amazing brands. How spoiled am I? There’s makeup everywhere—that room is embarrassing me in the state [it's in] at the moment. I know where everything is. And my kit is just filled with gorgeous brands. I have loyalty to more brands than others by association, by the fact that they show me more love too. It’s a love game! My kit is pared down enormously. Because I’m a beauty makeup artist, I’m not going around [with lots of makeup]. It’s not like Pat [McGrath], who goes around with 5-10 suitcases because she’s such a visionary makeup artist. I’m beauty, so it’s a very different thing. My kit is paired down to my favorite mascaras, my favorite this, my favorite that.”

The one thing she doesn’t have in her kit:

“I don’t like broken down palettes. People squash and break and squish things into great big trays and then they open them up and have no idea what’s in there, or they might remember for a month or two but then they forget. I swear to god, you will still only use one quarter of the little corners of your colors. I always find they look quite tacky. I like the uniformity of the square of the product it comes in and how it’s laid out in the product. It looks really chic rather than all stuck together in a different box. Lipstick palettes are the worst because they get so dirty—they’re so disgusting.” 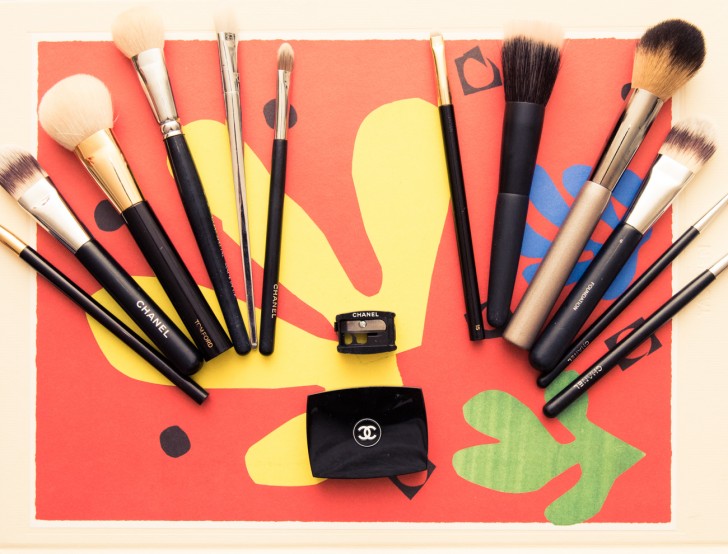 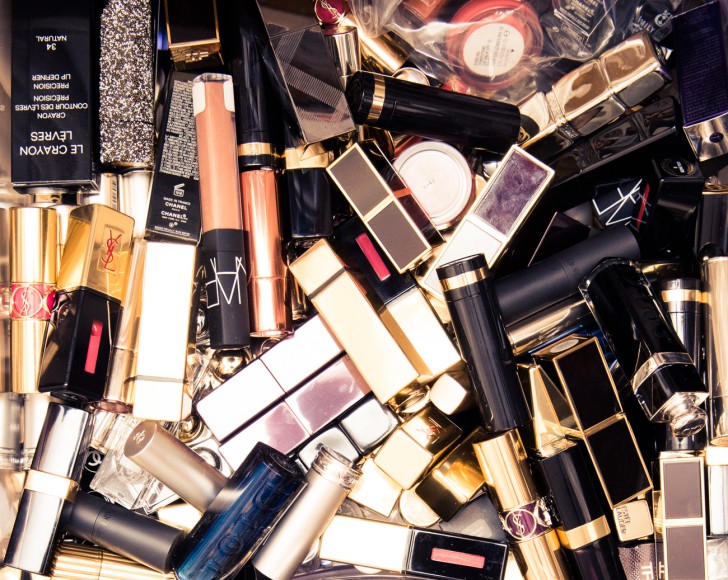 The five products you should have:

“First of all, I think the most important thing in makeup is skin. If you have good skin, your makeup is done. My five favorite products would always be mascara of some type, because I love it. I love using concealer, I love using bronzer, which you can also use as a blush. A little bit of shimmer, because shimmer is kind of important. Eyeshadow, just a finger thing, one of those cream eyeshadows—bang it on. Mascara and a lipstick—something that is going to brighten up your mouth to some degree.”

The one product she cannot live without:

“You mean if this house burned down and I lost this room too? God forbid! I would call in every single brand I know and say, send it all back to me! There’s your truthful answer. I could not start again with one product. What color, what texture, whatever, it’s impossible! Here I am doing Rita Ora tomorrow and I was doing Jessica Chastain last week, so look at that skin tone difference. So what is one product? There isn’t one—there is not one product.” 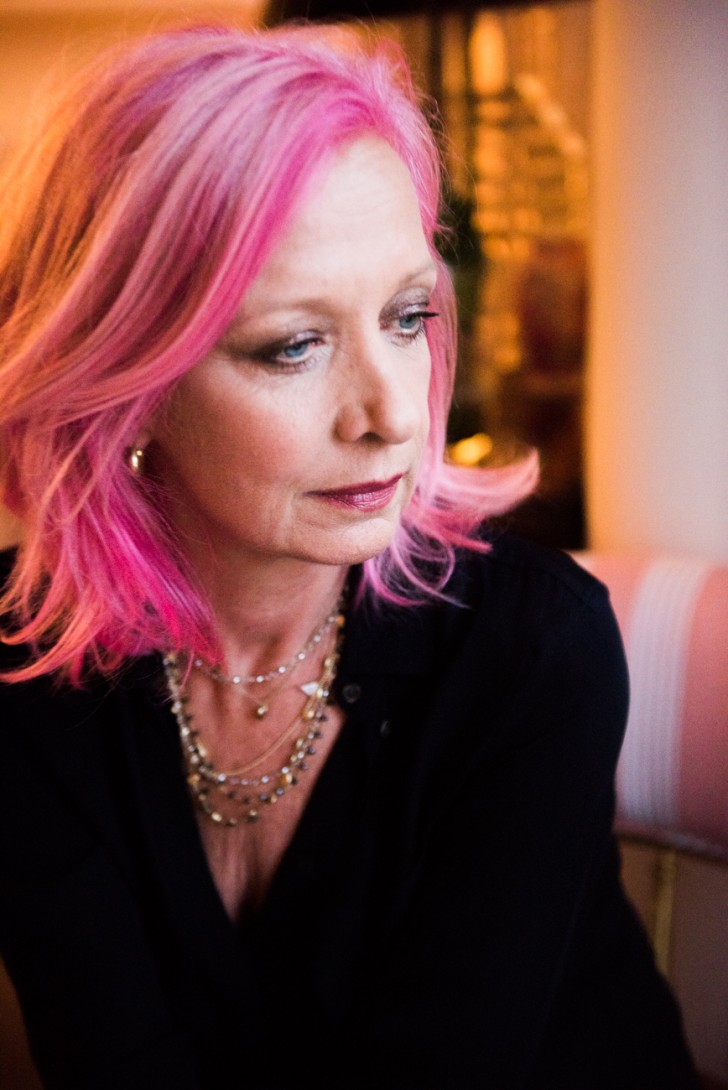 “She was so sweet. I'm so blessed to be English, which meant that when her team was put together for her first Vogue cover, they wanted an English team around her. Anna Harvey from Vogue suggested me and Sam. Because we all know that hairdressers, in the end, are much more important than makeup. Sam would travel with her everywhere. You can do your makeup but you cannot do your own hair. Fact. Then we got on really well, so I would go and do her makeup in the palace and she would call up and say, ‘Hi Mary, can you come and see me?’ I would go see her, hang out with her, spend time with her. She was magical. The moment she walks in, everyone stopped talking, turned to her and stared. She was so charismatic. It wasn’t just because she was royal, it was because people wanted to hear what she had to say.”