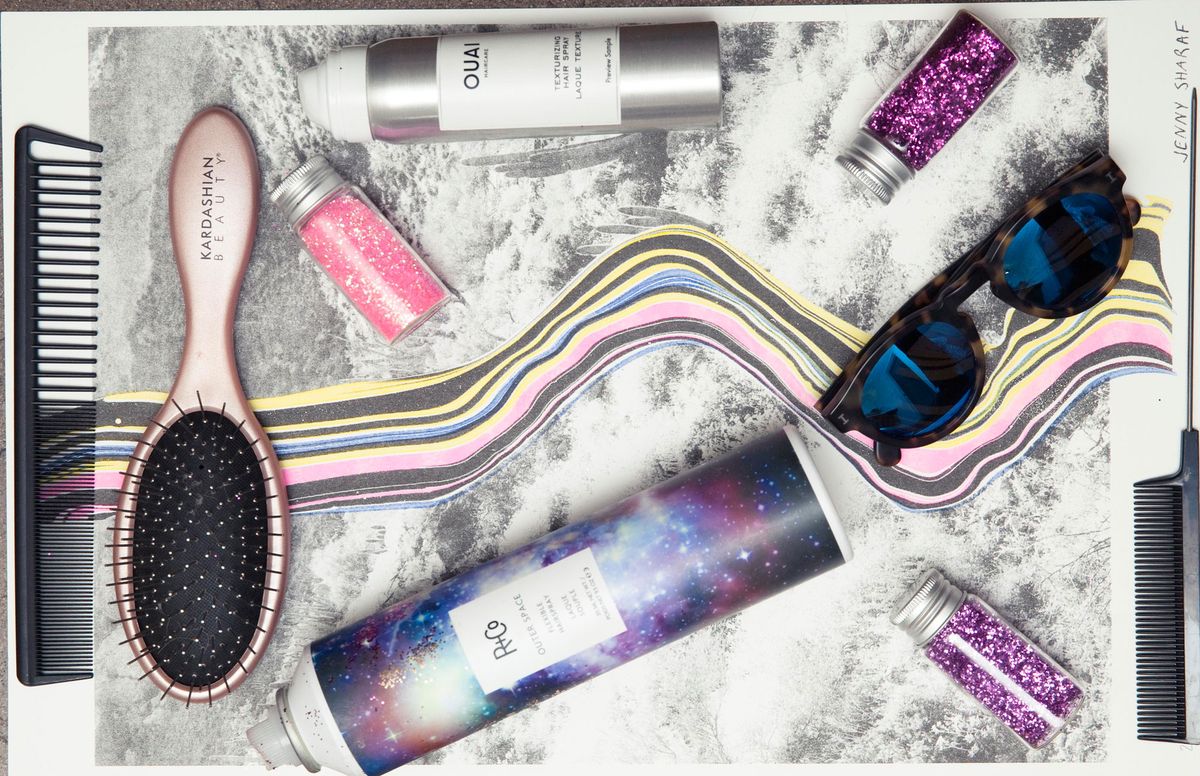 How to Get Kendall Jenner's Glittery Space Buns

You saw them. We saw them. Now, here’s how to recreate them—straight from KJ’s hairstylist herself.

Whether you’re a longtime attendee or firmly reside in the regramming-Couchella-memes-and-rolling-your-eyes camp, the fact remains: you probably have an inkling of who was at Coachella this weekend, who they were with, and what they were wearing. With that in mind, when we had the chance to get the hair breakdown behind one of the most closely-watched attendees of the entire thing (hint: her last name is Jenner) on the almighty Day 2 of the festival’s first weekend, were we about to protest? Nah. And so that’s precisely what we got; courtesy of stylist and Mane Addicts Art Director, Desirae Cherie. Watch and learn, kids.

Create a center part all the way down the back of the head.

Brush one section to the top of the head with a Kardashian metal bristle brush, and secure with a Blax hair elastic. Repeat on the other section.

Spray each pony with Ouai Texture Hairspray and French lace the hair for fullness.

Twist hair down into a bun and secure with French hair pins. Use your fingers to piece the buns out for add fullness; leave the ends out for added detail.

Spray R+Co Outer Space Hairspray down at roots and sprinkle glitter as desired.

Coachella
More From the series Hair