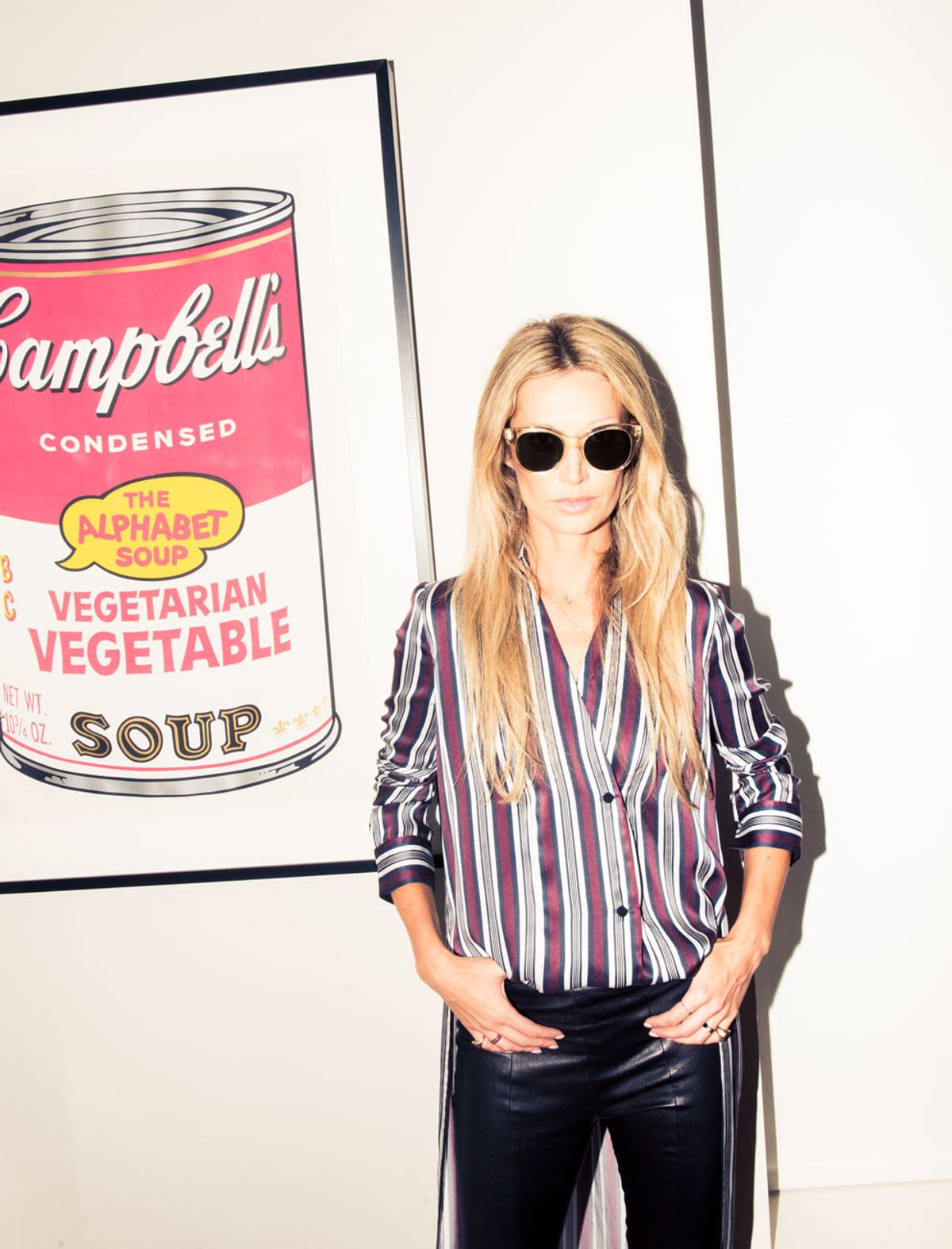 Laurel Pantin
Laurel Pantin
Here at The Coveteur, as we’re pretty sure you’re aware, few things get our hearts racing quite like a massive closet that’s over-stuffed and overflowing with designer and vintage wares. Our love for the maximalist aesthetic is (extremely) well-documented, but there’s a another type of closet that we have just as many feels for, if not more because of its rarity. It’s that expertly edited, Kondo’d within an inch of its life situation. Especially when the contents belong to a half French, half Japanese former CHANEL employee (how chic?), who also happens to be the designer behind one of our favorite minimalist NYC brands, Hellessy, and the mother of two adorable boys. The minute we stepped into Sylvie Millstein’s Soho loft (adorned with artworks by the likes of Irving Penn, Chuck Close, Candida Hofer, Andy Warhol, Barbara Kruger and more Murakami than we’ve ever seen before—NBD) we knew we had a winner on our hands. And then we walked into her tightly edited shoe closet (which, if we’re being honest, is bigger than some of the apartments we’ve lived in). Stocked almost exclusively with Alaïa, Rick Owens, Giuseppe Zanotti and Buscemi’s, we fell harder. And #same for her other closet—you know, the one where the clothing was, which was completely free of the kind of regrettable, super-trendy pieces most people beeline for (hi, hello, hey, guilty as charged), and was instead populated with sexy, flattering, timeless pieces we wish we owned. “I’ve been working in retail and fashion for so long, I’ve made all my mistakes,” she explained in her beyond charming French accent. “I only buy the things that really work for me.” Noted. As we perused her collection of CHANEL, Hermès, and Alaïa, and the racks (on racks) of current and past-season Hellessy, we fought the urge to run home and purge our wardrobes of every worn-out, out-dated, “What the hell was I thinking,” item we own. But for you, we persisted, and thoroughly rummaged through her collection, dying inside over every off-the-shoulder top, each oversize fur, and All. Those. Shoes. It’s a tough job we have, folks. From her go-to insider spot for custom signet rings in Paris (something we never knew we desperately needed to be aware of), to her favorite meal in Tokyo, this woman knows what’s up. Question: Can we be her when we grow up?
Closet