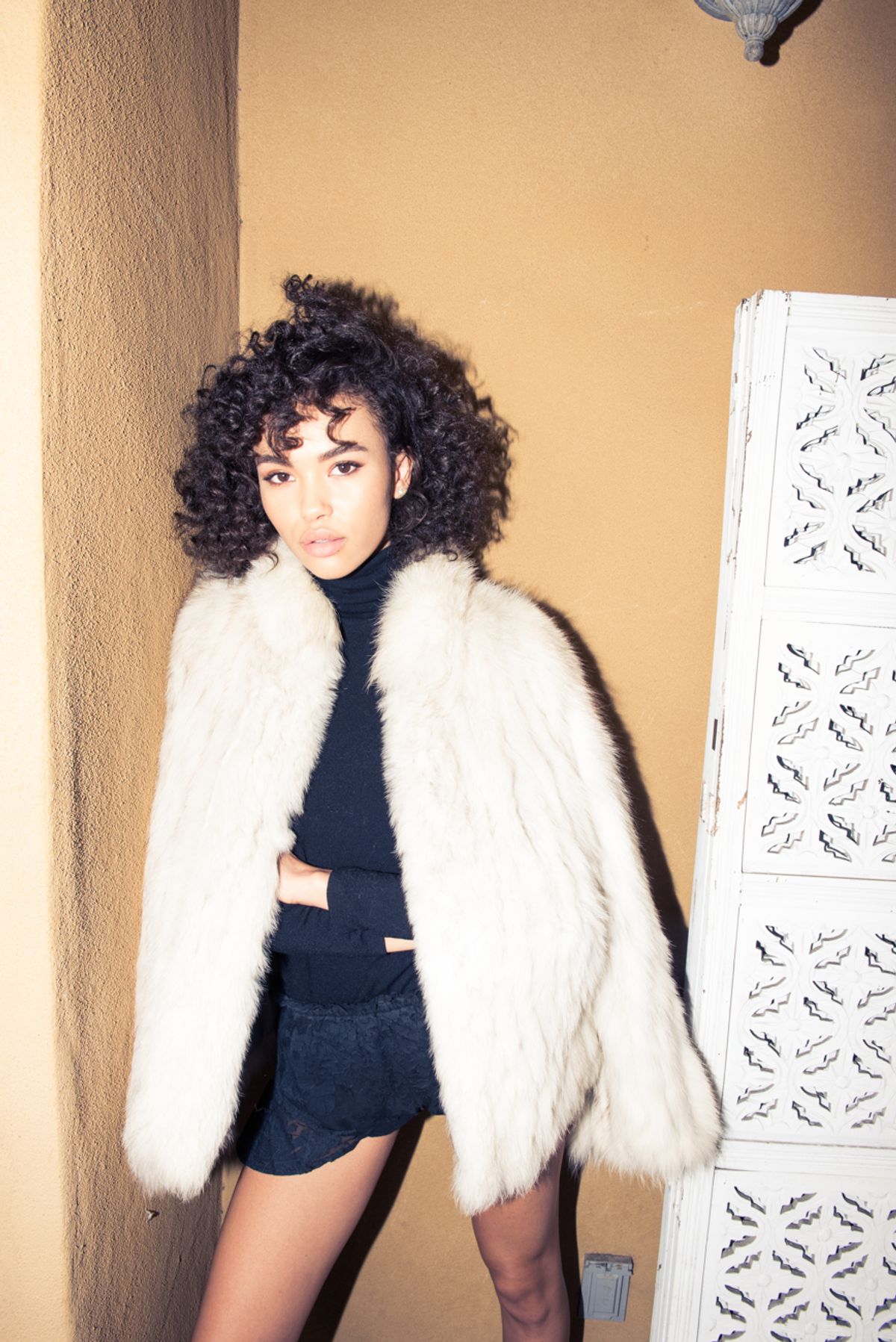 Meagan Wilson
Meagan Wilson
Most of the time, you couldn't pay us to go back to the ages of 17 through 21. A combination of nostalgia and wishing we could double-fist grilled cheeses and beers without abandon again gets us occasionally, but it's unlikely that we'd actually take you up on that offer to Benjamin Button. Think about it: to have to relive all of the weird aesthetic choices, terrifying roommates and other unmentionables? We'll take the slight hangover that now inexplicably follows a couple of glasses of wine if it means skipping not having yet perfected at least one sneak-out-of-any-situation-unnoticed maneuver (we have it down now, and it rules). In other words? We don't often wish we were under 21 again, but when we do, it's probably because we just spent the morning with Isabella Peschardt. Let's put it this way: Peschardt pretty much skipped any semblance of an awkward stage and cruised right through to having impeccable taste and the wardrobe to match. Like the trove of rare CHANEL we noticed almost immediately upon walking into her bedroom in Culver City—a shearling Boy bag, a rolling quilted suitcase... Having a mom who's a stylist in the industry, as Bella does, probably helps. We shared a spread of trail mix and fresh fruit as Peschardt took us through a handful of her latest purchases before slipping into a cropped white fur coat, black turtleneck, shorts and sky-high silver heels. Guys, with that hair? It doesn't get cooler. With Bella having modeled for the likes of Target and Gap, it would've been too easy to make a dad joke or two about her having done this all before. And just when we were ready to wrap, Peschardt went and changed out of what she'd been wearing for the shoot and emerged in a fleece heart-print onesie, so you know we had to get a few shots of that, too. After all, isn't making pretty much anything—even a fleece heart-print onesie—look like this the mark of a good model? Yeah, we think so, too.
Closet