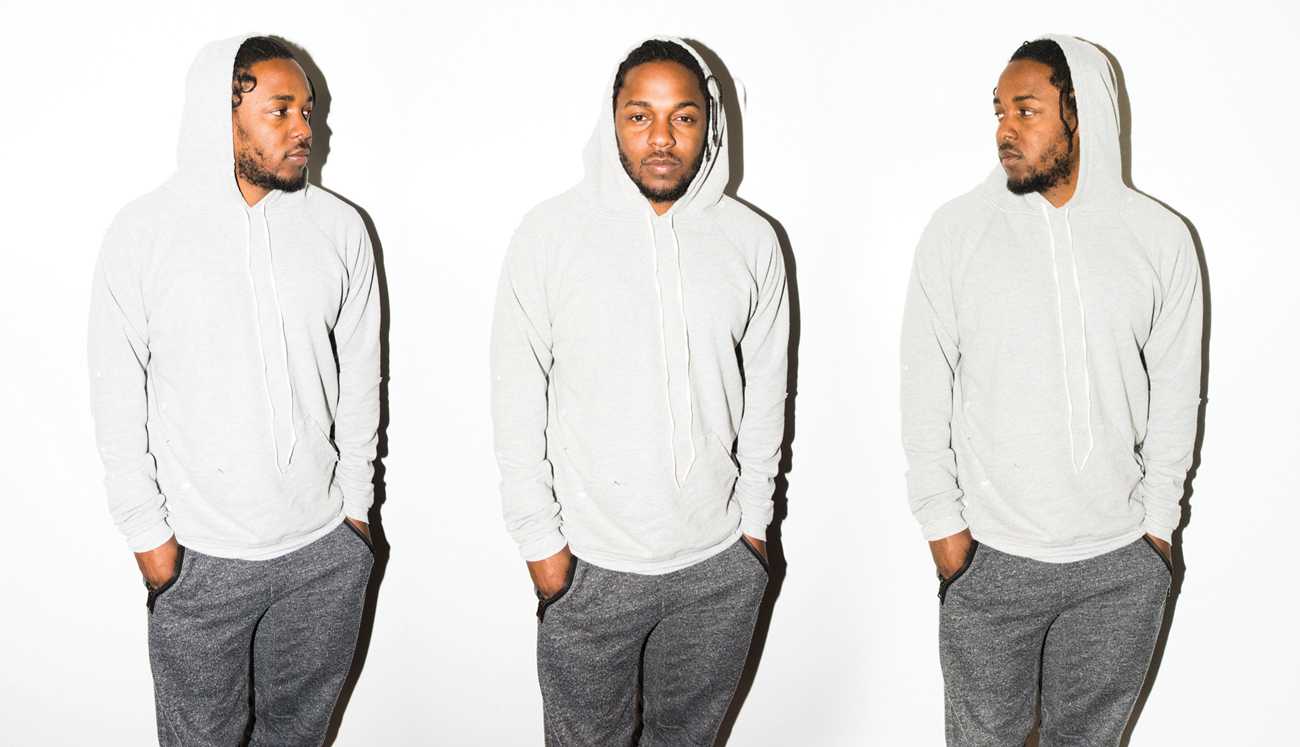 Talks sneakers, style, Lil Wayne and how 13-year-olds are the ones shaping our culture.

When an email lands in your inbox and reads a little something like this: four days, London, private party at the Tate (including a surprise performance by Little Simz), Manchester, ping-pong, sneaker tour and…Kendrick Lamar, you go. You go, real fast. And, yes, it was just what you’d expect—pretty damn epic.

See, we thought it pretty much hit its zenith when we called time out during a particularly intense ping-pong rally to lounge around with Lamar and talk his powerful collab with Reebok, how youth culture influences fashion, going way back with Lil Wayne, and always staying rooted. But then, we met up again a few short hours later for an up-close-and-personal performance (you caught it all on our Snapchat, right?). It was one for the books. 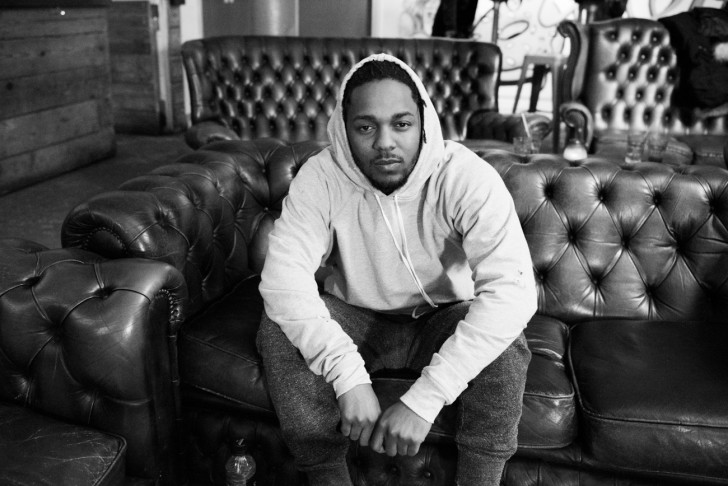 ON GIVING FASHION A BACKSTORY:

“The first [shoe] we put out had the tan with the red and blue. I just wanted to make something subtle, nothing that obviously was too overbearing; make sure the red and blue stand out more than anything because that’s the representation of where I come from. I think, for the most part, the color complimented the fact that you could probably wear anything with the shoe. We had that in mind and it worked out, man. You have all these kids out here in L.A. and in Manchester, being creative enough, where they can make their own style significant with the shoe, you know?”

ON THE REACTION TO THE DROP:

“Aw man, it was crazy. It was a crazy feeling to know that I was that kid before going into that store. I just sat back and watched them go in the store, pick up the shoe, look at it, purchase it. To know that was once me before, and now they’re doing that and getting excited about it, it gives me that much more inspiration. And I can carry that inspiration and go into the studio if I want to and have different things to speak on from that point of view.”

ON HOW FASHION CAN BE IMPACTFUL:

“It’s definitely impactful because it’s just another form of expressing yourself. Some people use drugs, or violence, or whatever your vice may be, and you have creative people that may use music or maybe use style in expressing themselves—whether they are angry or happy, or sad. You can almost see it by the way they get up in the morning and what they put on and what shoes they wear. It’s surely another great form of expression.” 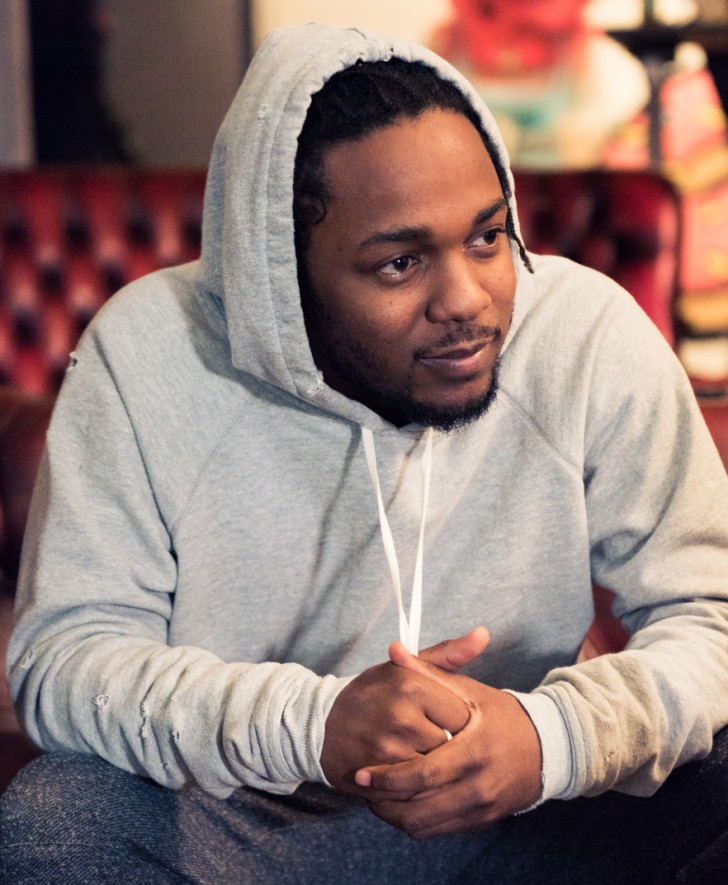 ON KEEPING TRUE TO HIS STYLE:

“Personally, I just like a more classic, comfortable feel. You know, it just represents my personality. It’s just a representation of who I am, another extension of what I represent and my own personality. Do what always represents you.”

“Being able to create how we want to create—that was one of my biggest things, you know—I don’t think a lot of brands will let you put red or blue, or anything that has some type of gang significance on the back of a shoe. So when they first approached us, we just made sure that it was an open space—they were all for it. We got comfortable in that way, we just pushed forward with the idea of collaborating and everything was sweet sailing after that. Once they had a full understanding of we love to be in control and of the representation of what we doing, it was all love from there.” 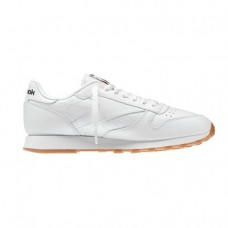 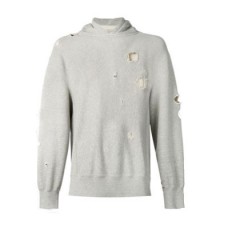 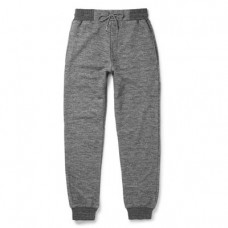 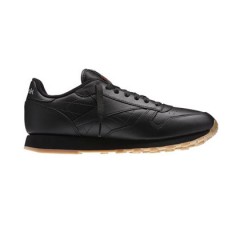 ON THE DESIGN PROCESS:

"We wanted to make sure it looked good and it looked cool, and also had a back story. It wasn’t a super-duper hard process, I can’t lie and say we thought [about it a lot]. We already knew what we wanted to do. Me and my boy, Dave Free, sat down and said that we wanted to do this and they was all for it. We have never seen a shoe that had a backstory to it; more than just a color or how good it looks, you know."

ON HOW CULTURE IS ALWAYS CREATED BY THE NEXT GENERATION:

“The impact it has is letting the world know, everything starts homegrown, you know? No matter how far or how high it gets, you always have to come back to the soil, you always have to come back to the streets. You always got to look at what the next 13-year-old, same person I was, is wearing because these are the people who make the culture. We can’t run from the kids, period. That’s something that we always try to do in our own way. We throw the high cost on shoes and clothes and try to distract it from the kids but they make the culture period. They have the freedom. They don’t have the numbers or the politics or what we cannot do behind it. If they don’t have no shoes, if we didn’t give them no shoes, they’ll be making it themselves in their garage somewhere.”

ON HIS STYLE INFLUENCES:

“Yeah, man, we was heavy. That’s a real story like, we was just huge, still to this day, huge Lil Wayne fans. Lil Wayne is the greatest. Not only because of his music but also because of the culture he put behind it. It was a big part of what he was talking about, so we always hold Lil Wayne in high regards. Juvenile as well. And yeah, it’s the impact of them man. To be a part of it the same way he was a part of it years later is just a great feeling.” 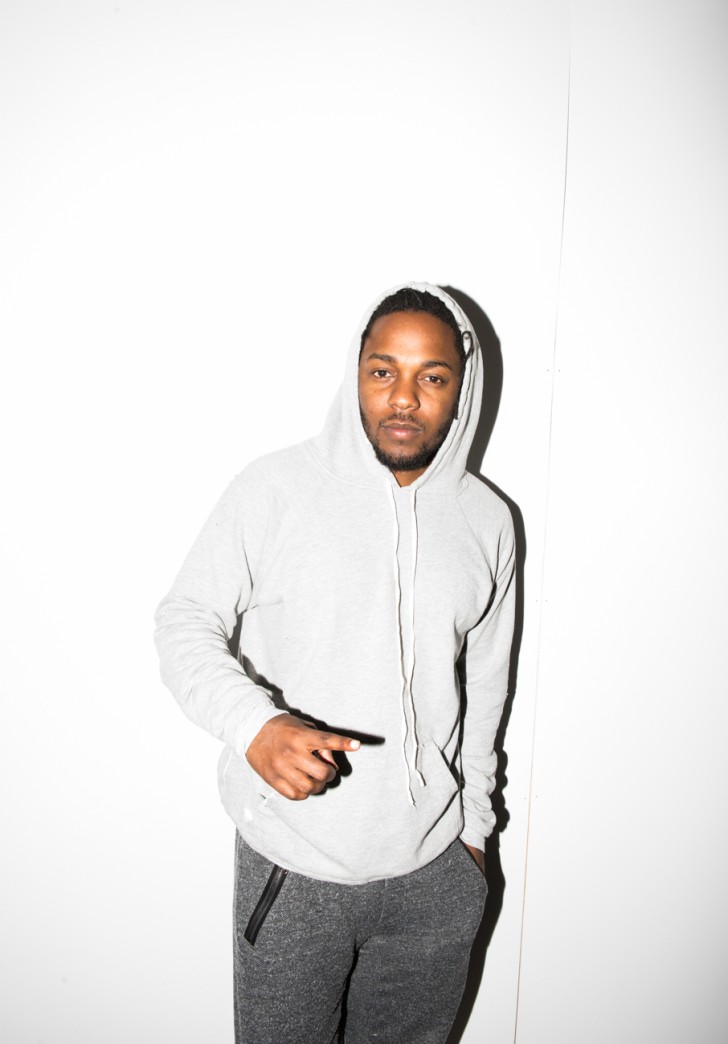 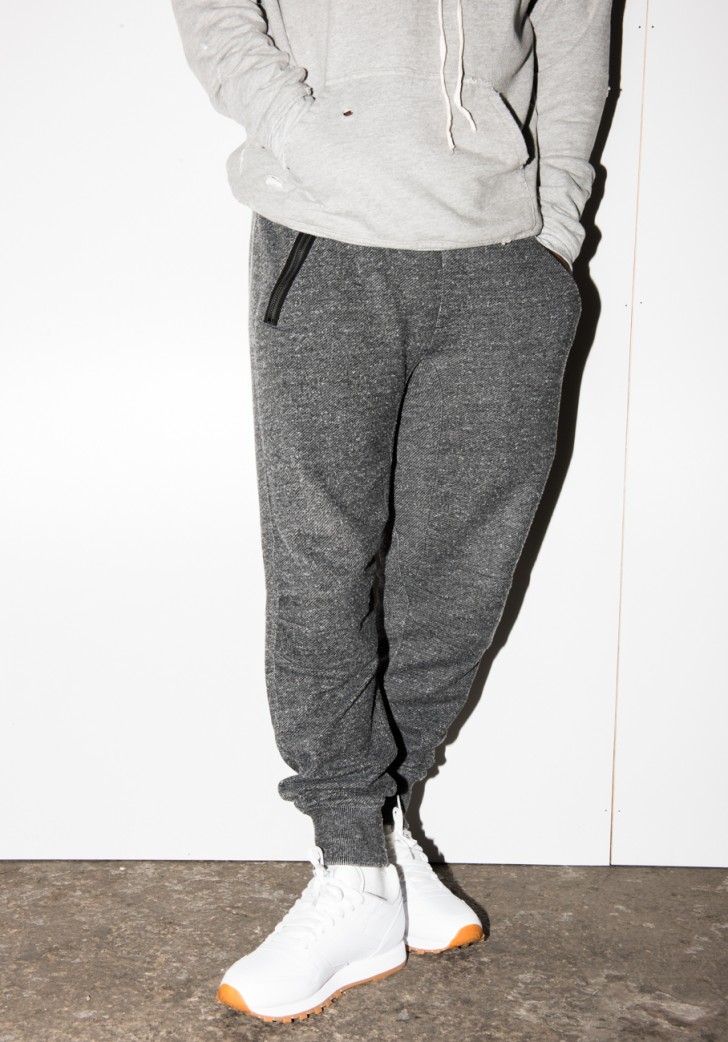 ON THE SIGNIFICANT INFLUENCES IN HIS LIFE AND BEING A MENTOR:

“My Father, my Uncles, a couple older homies that was in my neighborhood on the boulevard. I think the moment I tapped into being a creative, I was fortunate enough to have people around me that gave me the push and the inspiration to keep being creative. Rather than trying to steer me to do the negative things like I’d seen other influences do to kids my age. That’s the best part, you know. So me remembering that I always wanted to do what I was told or what I was taught. I can’t even shake it. We doing something for the kids that’s just a natural ability to what I seen. You’re only going to do what you seen or what you was taught, that’s just how we work and it’s a complete reflection on where I come from and who I’ve been around.”

ON WHAT HE HOPES TO INSPIRE IN EVERYONE HE WORKS WITH:

“A sense of hope, a sense of faith that they can do whatever they want to. Older people used to tell me all day; you can be what you want, do what you want. We didn’t really grasp that concept because they just seemed so far removed from where I was at at the time. You know, so me still being young and right in the soil, in the mix, it sounds a little different coming from me. I can see in their eyes that they really believe it, you know. The people that were telling me this were 50, 60 years old, they were rich and living their life—I couldn’t connect to them. So with me saying that, I have some type of influence, speaking about having your freedom or your creativity or having hope or some type of practice in what you do and believing you can achieve it. Whether it’s through a song or through the shoes I wear; whether it’s me speaking at the local conferences or their school, their meetings, I always tend to put that in some form of fashion and what I’m doing.” 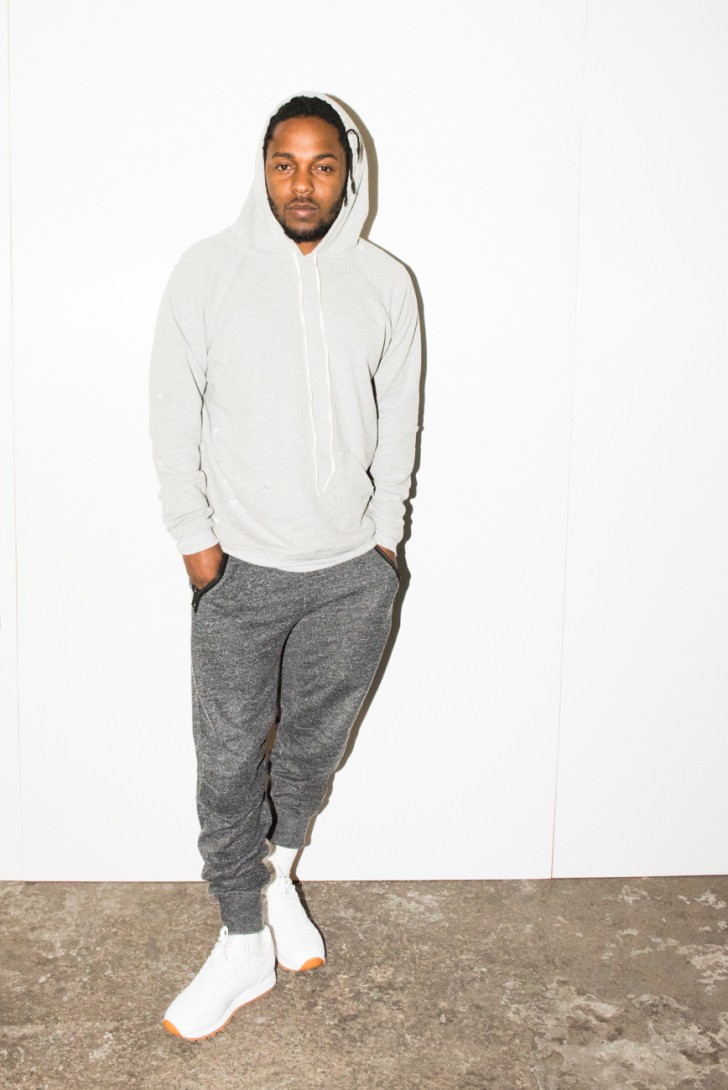 ON GIVING IT BACK TO WHERE HE CAME FROM:

“The Ventilators, that was just the first step of what can be done and the positive reaction that we got, that was just a kick start of what’s to come. I see providing activities, like huge activities—me and Reebok getting involved in something way, way, way, way bigger, inside the communities. To have a brand actually come there, come to the soil and do something bigger than just a shoe, I haven’t seen it done in the magnitude that I see it in my head. It can workshops, it can be providing job opportunities, it could be teaching kids how to design their own shoe. I never came up saying that, nobody’s ever came to my school and said how you can be a part of this brand and this brand, and take your creativity and apply it in the shoe. I think that’s the ultimate goal that I’m setting for myself as of right now.”