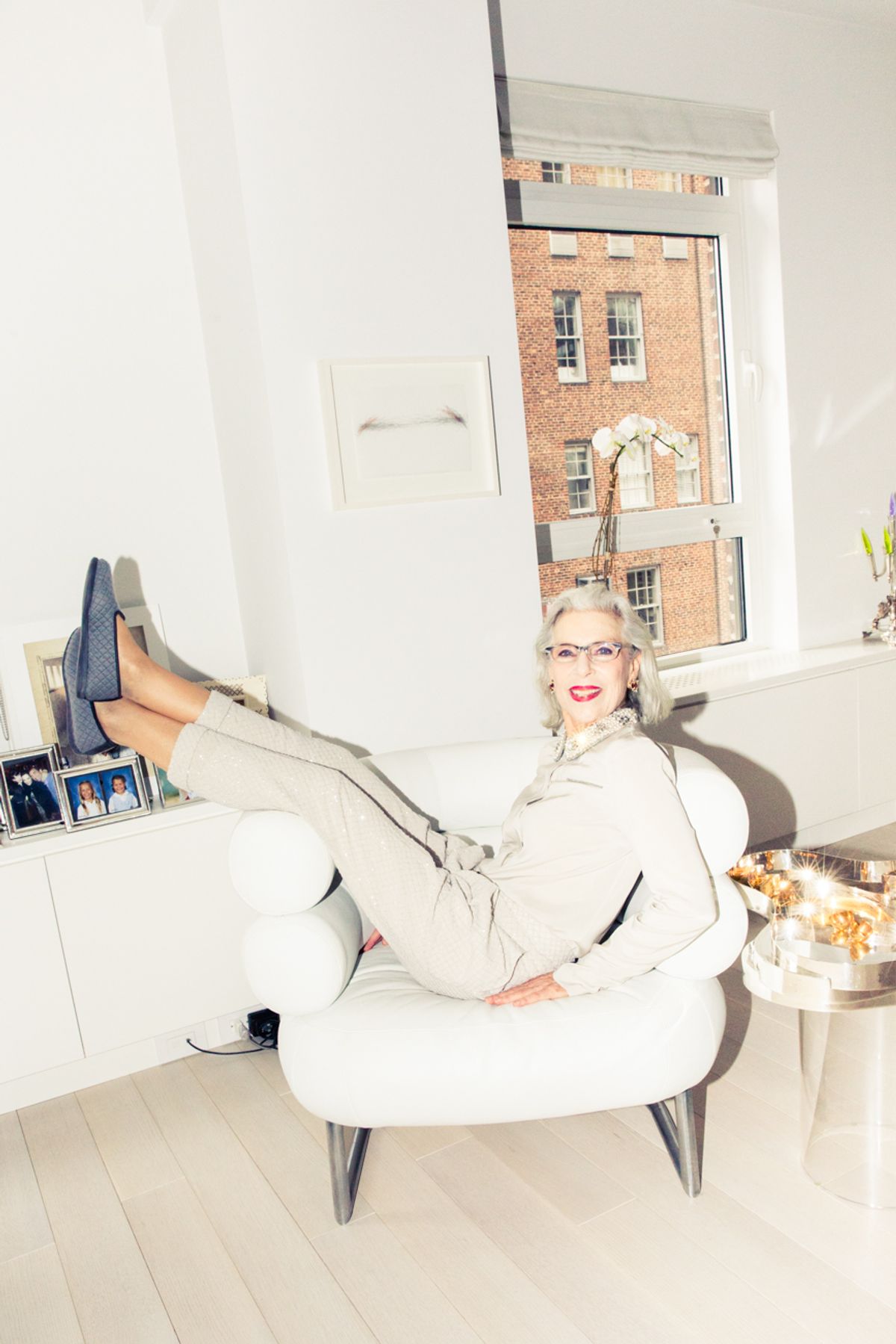 Emily Ramshaw
Renée Rodenkirchen
Emily Ramshaw
We weren’t totally behind the whole #goals obsession, to be honest. We mean, we get it: with all the lifestyle envy that comes from scrolling through Instagram and hate-watching Snapchat, there are a lot of goals to be had. But, at the end of the day, when we have yet to make it to that Physique 57 class for the fifth day in a row, haven’t made our own lunch yet this week, and feel more like going home for a good Netflix session over wine-and-cheesing at book club (our latest intellectual-ish pursuit), well, #goals start to look a whole lot more like pressure and stress (which at this point, we really don’t need more of). So, yes, with all the hashtagging and squad pictures, we kind of forgot the true meaning of a goal. And then we showed up at Sandra Gering’s Beekman Place apartment—if ever an apartment can be called a jewelbox, her’s is it—and remembered what the concept truly means. In short, you’re looking at her. But if you’re unfamiliar, we’ll put it this way: Gering, who’s 74 years old, stands on her head for five minutes every morning (she swears that’s why she’s never needed plastic surgery—aaaand we’re pretty sure we just discovered our new skincare regimen) and closes each day with a very specific glass of Pinot Noir—just because she likes it. If that in itself isn't life goals-y enough for you, she also runs a miniature art empire that spans from her highly regarded Upper East Side namesake gallery, where she regularly features contemporary artists like Karim Rashid, Kaws and Ryan McGinness, to the South of France, where she opened the e1027 Foundation celebrating the work of boundary-crossing architect Eileen Grey, who’s work Gering modeled her aforementioned all-white apartment after. We’ll say this: the woman is straight-up inspiring (read her interview below, you will not be disappointed). She is the kind of person that makes you want to throw the anti-aging cream away and just get older already for all the wisdom and DGAF qualities that come along with it if you’ve lived a life like hers. Oh, and apparently you collect quite the wardrobe, too. Like Dior and Prada dresses in Gering’s favorite shade of pink; and a CHANEL collection that spans the decade. And when you’ve done this much and truly know who you are, according to Gering, the only shoes you need are CHANEL flats—forget all the other stuff. Now do you see what we mean by the true meaning of goals?
Closet