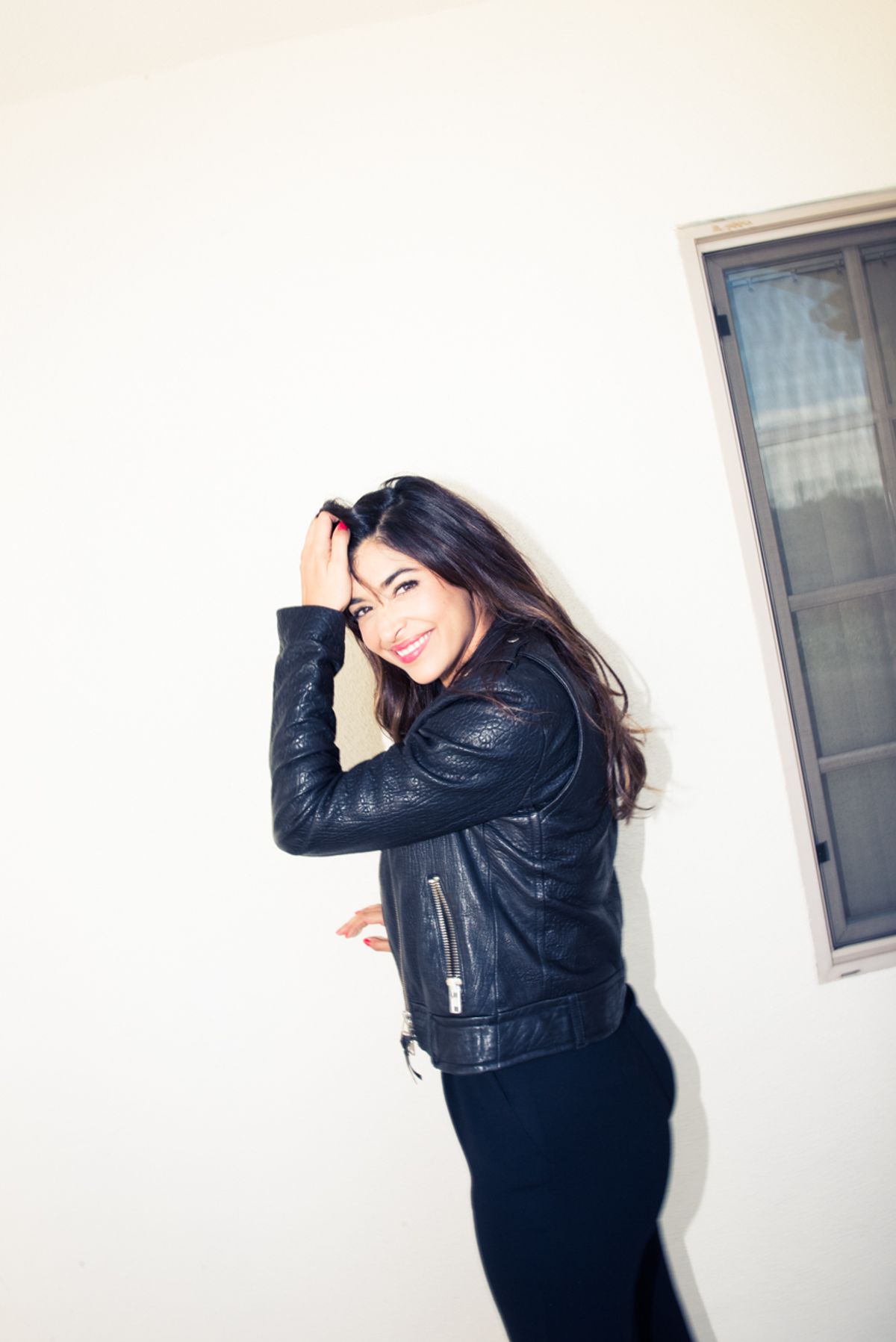 Noah Lehava
Raleigh Seldon
Excuse us while we get a bit nostalgic and patriotic for a moment. As you may have guessed by our occasional Canadiana references, we hail from the Great White North. And if you’ve grown up around these parts, MuchMusic (think of it as the Canadian MTV), was a huge part of your pre and teen years (R.I.P Speakers' Corner). So when we see one of our very own VJs land a starring gig on one of TV’s funniest and most popular sitcoms currently on air, well, it makes us so incredibly proud. We’re talking about Hannah Simone, the long-haired beauty who stole the on-screen heart of Schmidt as Cece on the sitcom New Girl, alongside the likes of Zooey Deschanel. We have to admit, she’s come a long way since her humble VJ days. So when Simone invited us to her L.A. digs to talk old haunts and her crazy new life in Hollywood, we quickly booked the next flight out. As you probably predicted, the moment we walked into her home, it was as if we were longtime friends reuniting (it’s the Canadian friendliness, what can we say). And it wasn’t long before we got to rifling through her worldly wares of which she had picked up and haggled (a particular vice of Simone’s—but more on that below) throughout her travels. She’s somewhat of a nomad, we learned, spending parts of her life in England, India, and across Canada before settling here. You could say she made for good conversation. Don’t believe us? Keep reading below. Hint: There’s a Jon Hamm cameo. ‘Nuff said.
Closet