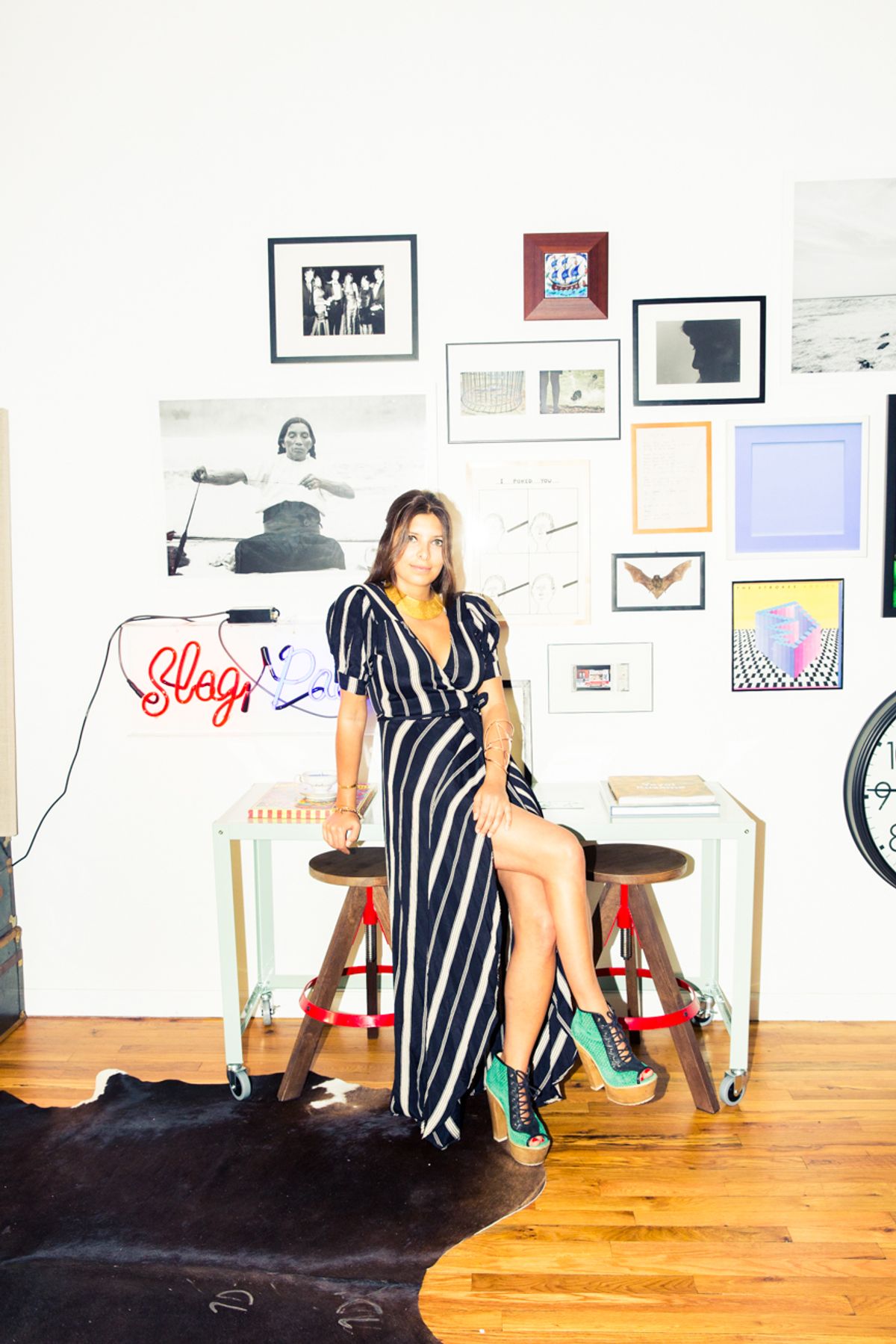 Emily Ramshaw
Renée Rodenkirchen
Renée Rodenkirchen
Some people are just lucky. That’s all we can really chalk it up to. Oh, and talent, beauty, intelligence—those things, too, we guess. The person in question here is Roya Sachs, a 20-something independent curator and art world staple who was introduced to us by a woman who knows. As soon as we got to her supersized, super bright East Village duplex, all we could think was: ugh, luckyyyyyy. It might have had something to do that we were at that very moment having much less luck finding an apartment of our own—we’ve learned that there’s a particular kind of envy inspired by New York real estate. Double-height ceilings, art-covered walls and massive terrace aside, we fell in love with Sachs herself just as quickly... something about being incredibly charming with an English accent and having a lot of great stories about art and dress-up, we guess. Besides, this is a woman who, starting at the ripe old age of 25, has been whipping up the New York art scene curating installations with Performa Visionaries and LAMB Arts, among others. To say that she has a kind of catching and unflagging confidence would be an understatement. Having received a fresh Moda Operandi delivery that morning, Sachs already had some current favorites spread out on her bed when we arrived—including amazing suits by Vivienne Westwood and Prada and a couple Reformation dresses we wanted to make off with. It quickly became obvious that Sachs’ artsy taste bleeds into her style as well: like with her precisely arranged wall of statement necklaces; a pair of gold platform boots that she claimed to wear every Halloween; a somewhat wild-looking headpiece that she gamely put on for a portrait; oh, and, a jealousy-inducing collection of Yohji Yamamoto jackets and dresses that had been passed down to her by her writer mother, Maryam. Say it with us: luckyyyyyy.
Closet