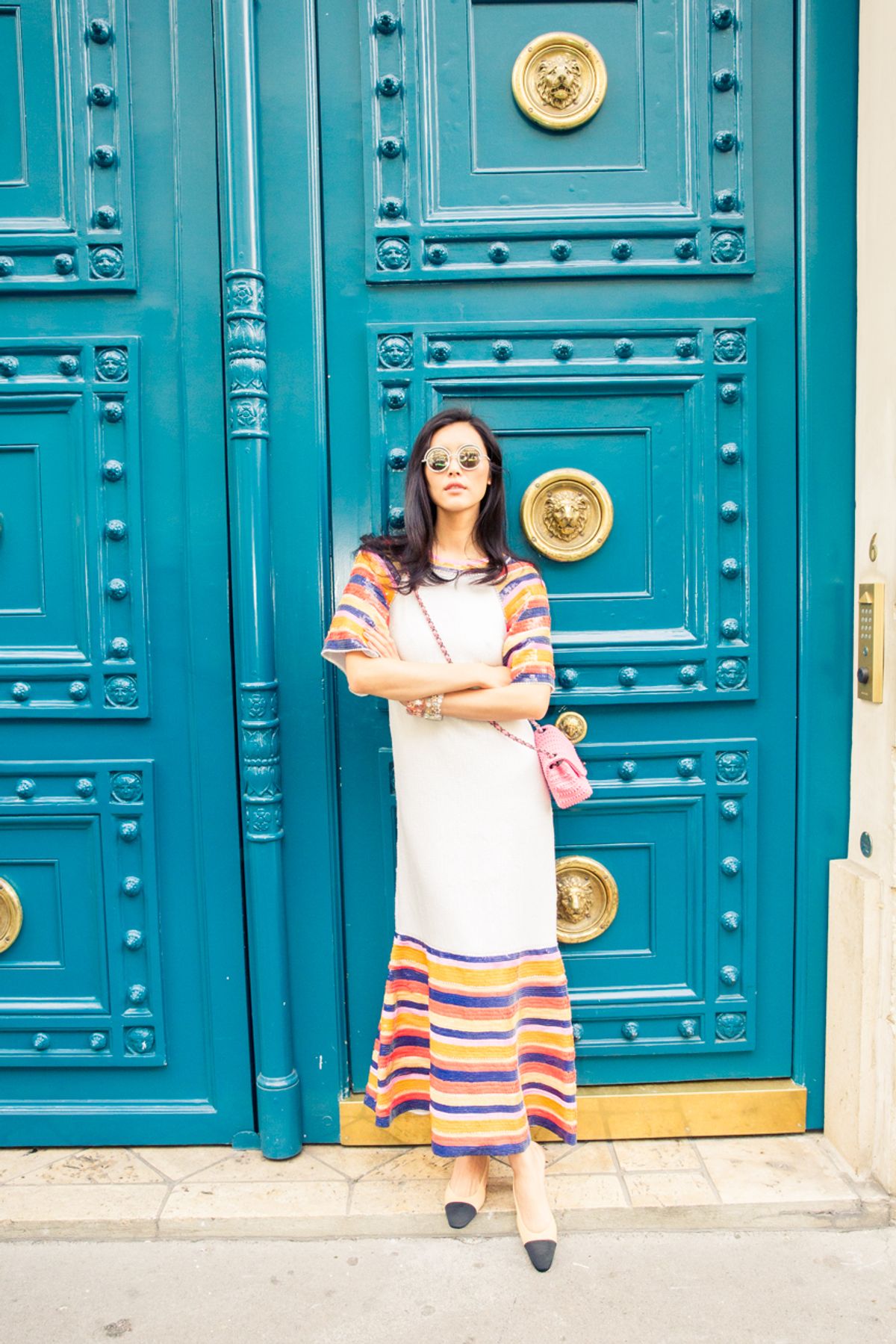 Model. Paris. In collaboration with CHANEL

Meagan Wilson
Renée Rodenkirchen
Stephanie Mark
Liu Wen's name is frequently followed by her impressive list of firsts as a Chinese model in a largely, well, white-washed industry. A little refresher: she was the first East Asian woman to walk Victoria's Secret (like, ever) and the first Asian to lock down a contract with Estée Lauder (yup, ever), too. Oh, and then there's the whole social media thing. In terms of digital influence, Wen's got it down. She sees your ardent Twitter following and raises you 1 million on Instagram and another 13-effing-million on Weibo. Vogue called her the first ever (there it is again) Chinese supermodel. So it wasn't exactly surprising, when, in the middle of an especially whirlwind fashion week (a few days before she jetted off to Taiwan, mind you), Wen was nothing but a consummate professional when we showed up at her hotel room door and proceeded to raid her suitcase(s). By professional, we mean Wen was down for juuuuust about anything—including both climbing inside her hotel's shower and onto a towering ledge overlooking the courtyard—all in the name of a good photo. Greeting us in her cozy robe, she filled us in on her next bout of non-stop travel over coffee and croissants as we raided the rolling rack of CHANEL (including about a billion pairs of shiny-and-new eyewear, which, BTW, are now shoppable for the first time ever) awaiting our arrival. Turns out when your name is usually followed by a slew of superlatives the way Wen's is, the perks include things like the aforementioned rack just falling into place and apparating in whatever city you find yourself in that week. As a surprise to no one, Wen's beauty routine is pretty ironclad—consider it a necessary not-so-evil of her insane travel schedule. “Everything starts with facial cleansing—skincare is super important to me. A good mask is the way to go. Sometimes I'll go to a facialist for some stronger treatments, and other times, I'll use Estee Lauder Advanced Night Repair,” she explained. And should her go-to regimen of lotions and potions not do the trick after an especially crazy night? There's always a pair (or half dozen) of CHANEL sunglasses she can toss on to cover things up. Yup. Perks. This is not a drill: CHANEL is officially available online, to buy, for the very first time ever. Run, don't walk (and buy a pair for us, too).
Closet

Model. Paris. In collaboration with CHANEL