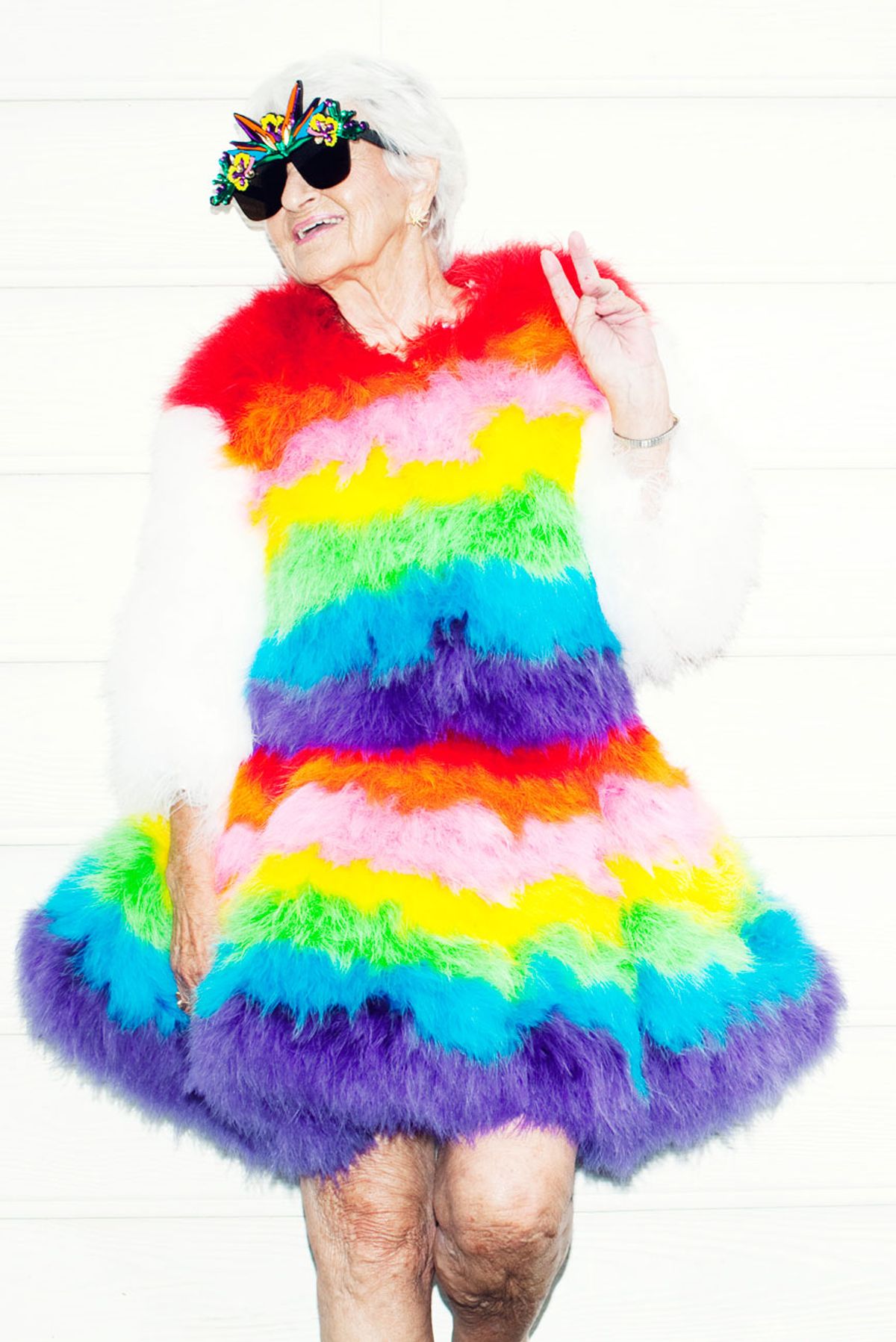 Emily Ramshaw
How’s this for off the beaten fashion capital track: Knoxville, Tennessee. And, yet, that’s where we sent our photographer, on a three-hour drive from Nashville. Not our usual jet-setting to be sure, but we also weren’t on a typical mission. See, we, along with pretty much everyone else in possession of a smartphone, have watched with fascination as an 87-year-old woman has come out of nowhere to what has essentially amounted to winning at the Internet. Let’s be real: no matter how many Parisian boudoirs and Beverly Hills walk-ins we’ve toured, we’ve never met anyone quite like Baddie Winkle. And, so, for the first time in Coveteur history, we travelled to Tennessee (don’t worry, it won’t be the last), because anyone who wear pink velour mini dresses and ‘90s plastic chokers while nearing 90 deserves to be given the TC treatment. And, when we were (very graciously) welcomed into her home and led to her closet, it was exactly the kind of Tumblr explosion you would expect, from a sweatshirt featuring a digital print of Justin Bieber’s mug shot, to massive platforms that we would applaud pretty much anyone for walking safely in, let alone a woman in her eighties. And while some of our subjects get a little camera shy when it becomes time to turn our lens on them, Baddie (as she’s called by those who know her :information_desk_person:) got, well, into it. Then again, this is a woman who is living her later years decidedly in the spotlight—and she likes it. While we might look at her stream when we’re in need of a serious LOL, Baddie isn’t joking, not even about her faux fur, neon-bright dress; she’s quite literally having the time of her life. As we’ll do throughout this week (all your favorite social media stars are coming at you all week long, right here on TheCoveteur.com), we can only thank the Internet for bringing us to Knoxville.
Closet

Emily Ramshaw
Part of the series: