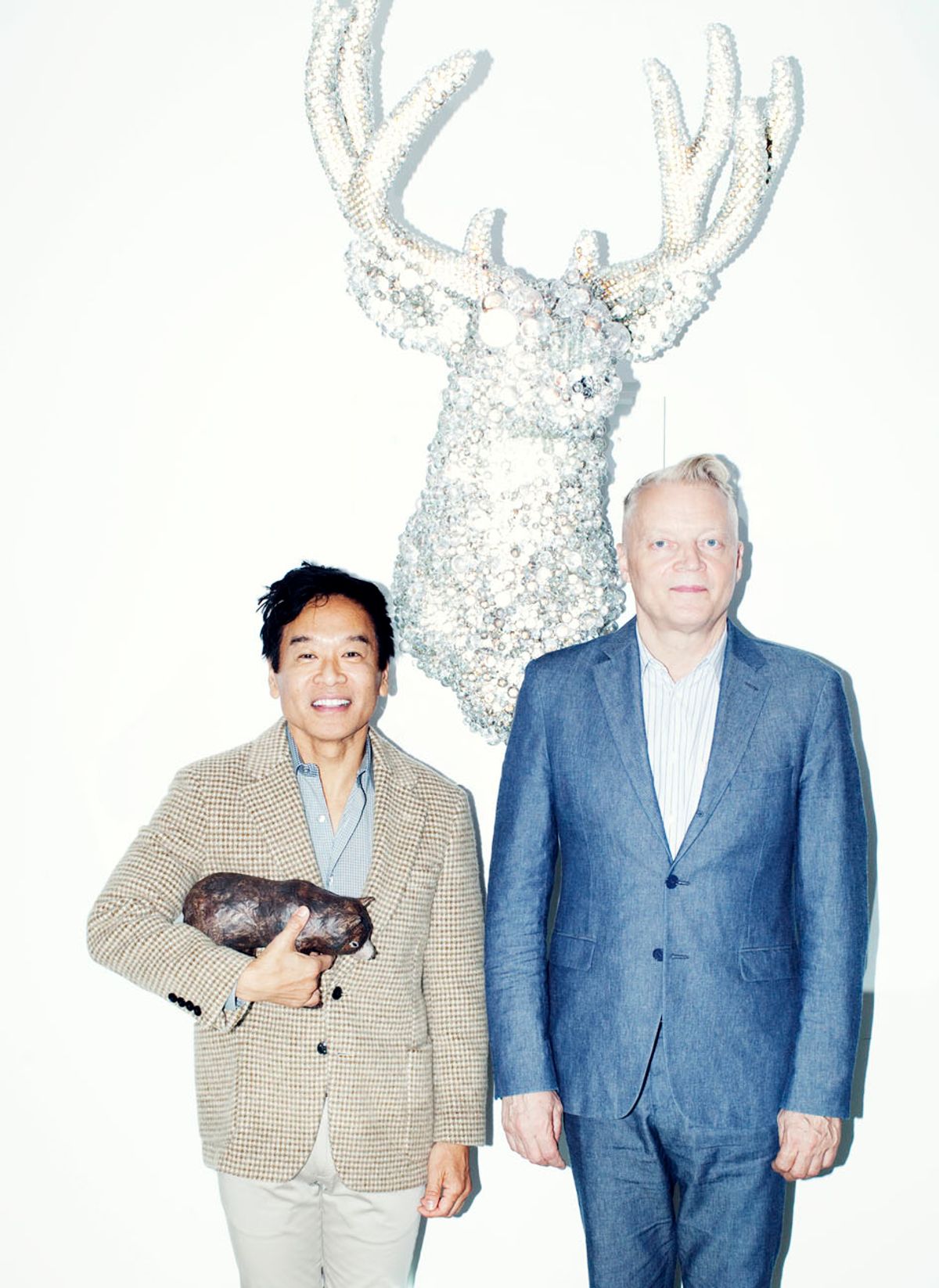 Emily Ramshaw
Emily Ramshaw
A very happy side effect of chasing the world’s best closets is that they often go hand-in-hand with the world’s best homes. And it’s quite possible that, in that department, nothing we’ve seen can quite compare to the West Village apartment of George Yabu and Glenn Pushelberg. Not that we didn’t exactly think we’d be arriving at a six-story-walkup studio (not that we don’t love us some coziness, too). We mean, when your firm—that would be Yabu Pushelberg—designs the interiors of places like the Miami Edition, the Park Hyatt New York, Lane Crawford, Bergdorf Goodman (a.k.a. all of our sanctuaries), your home is going to be, well, damn nice. First things first, their “apartment” (you’ll get why we use that term loosely in a sec) is in that Richard Meier building on the West Side Highway (if that’s a question mark, it’s called Google), where they call Calvin Klein and Hugh Jackman neighbors. Just going to let that sink in for a minute. But on top of that, Yabu and Pushelberg (a couple in business and in life) designed the whole thing in their own truly impeccable way. Which essentially means massive living space and dramatic proportions full of eccentric art by the likes of Yoshitomo Nara and China’s Gao brothers, as well as antiques and keepsakes collected on their extensive travels and from friends, oh, and a TV room to beat all other TV rooms—in that the whole thing is one big couch (yes, it’s heaven). And, not to be forgotten, they also have (count ‘em) three walk-ins with plenty of Thom Browne trousers, Maison Kitsuné shirts and sweaters, and shoes from Balenciaga, Marni and Alexander McQueen (one of the aforementioned walk-ins is for footwear only, just FYI). And after we’d played with all of their things (don’t worry, we were super careful about putting the Louboutins too close to the priceless art) and collectively drinking down a bottle of Veuve, they sent us on our way—but not without a Hermès bag of personal goodies they were parting with and were kind enough to pass on down to us. They’re totally helping us with our own studio apartment-housed collection, you guys.
Closet