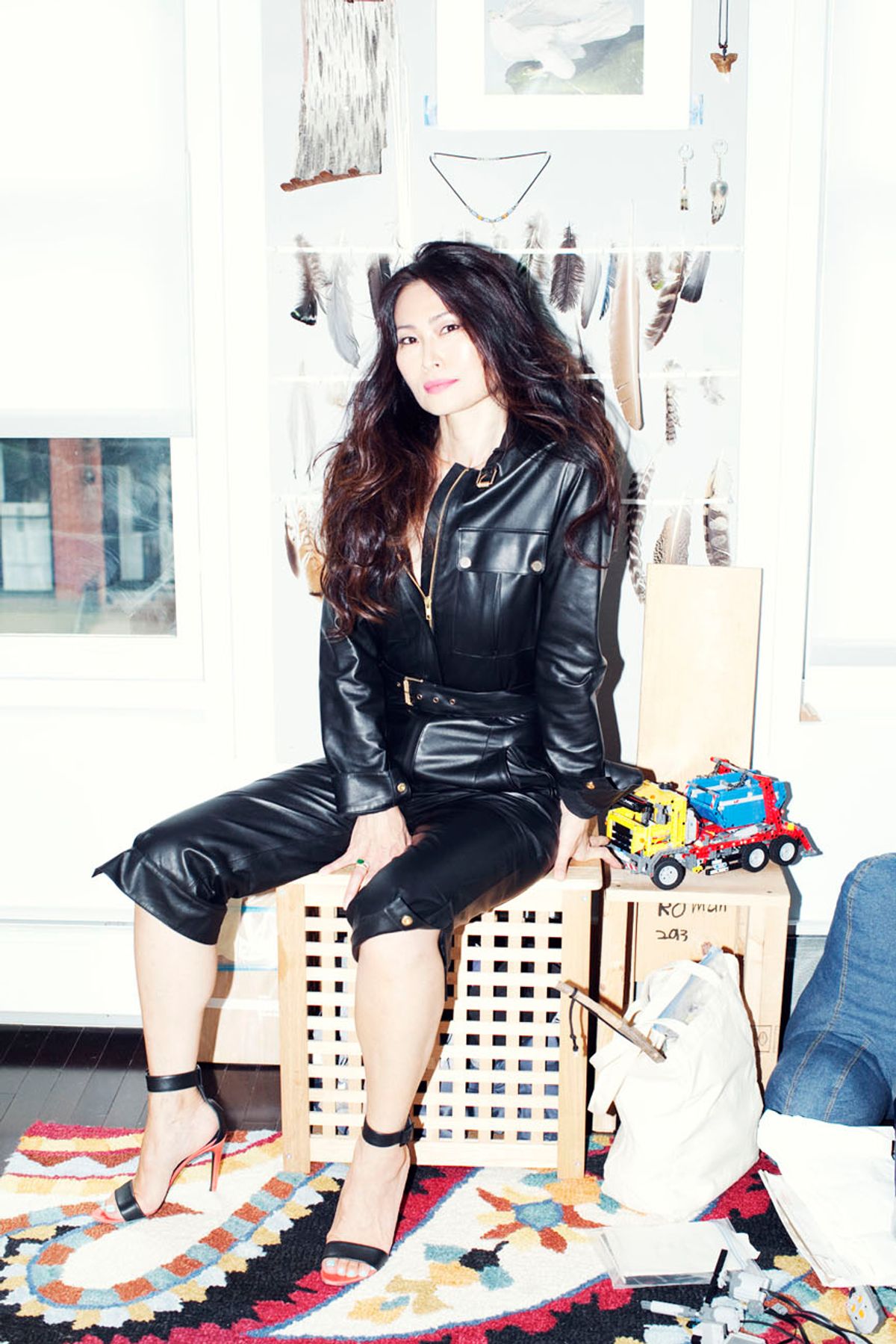 Emily Ramshaw
Emily Ramshaw
We always kind of know that the people we profile are going to be exceptional in some shape or form (incessant digital stalking usually boosts our confidence in this matter)—and usually it’s in the sartorial arena (if you hadn’t noticed, those types are kind of our weakness). But occasionally, we’ll be completely surprised to learn an entirely different way in which a particular subject is kind of extraordinary. As was the case with SunHee Grinnell,Vanity Fair’s beauty director. Pretty sure ‘secretly a legend’ is the phrase we used when we described the shoot later. Not to say that Grinnell didn’t have it going on in the closet department, but we’ll get to that later. First, some context: the editor is pretty much a behind-the-scenes institution at Vanity Fair, which, if we’re being honest, is pretty much the best of the best as far as glossy magazines go—she’s been there, first as photo editor, then as photo and beauty editor, then, finally, as beauty director, for more than 25 years. (!!!) Secretly a legend fact one: Grinnell was one of Helmut Newton’s (yes, the Helmut Newton) nudes. The photographer met her when she was a photo editor and his liaison at the magazine, and he essentially fell in love (we can’t really blame him) and flew her to Monte Carlo for a session. There are many more details and they’re all in the interview below (which, ahem, we highly recommend reading). Secretly a legend fact two: The editor must have a way with influential men, because perfumer Francis Kurkdjian (he’s responsible for some of the scents from Burberry, Narcisso Rodriguez, Carven, Yves Saint Laurent and many, many more) made her a custom fragrance based on her own signature concoction of layered scents. And called it “Made in Paradise.” Because, of course. There are more stories like these (again, we direct you to the interview), so, of course, Grinnell has a closet to befit her status: as in, a full bedroom-sized room on the top floor of the Brooklyn brownstone she shares with her husband and son. Think CHANEL novelties like a music box and snow globe, a preponderance of caftan-like gowns (she’s kind of on the permanent guest list of Vanity Fair’s Oscar party) and enough McQueen to put on a miniature version of her own Savage Beauty exhibit. But actually. See? Total legend.
Closet