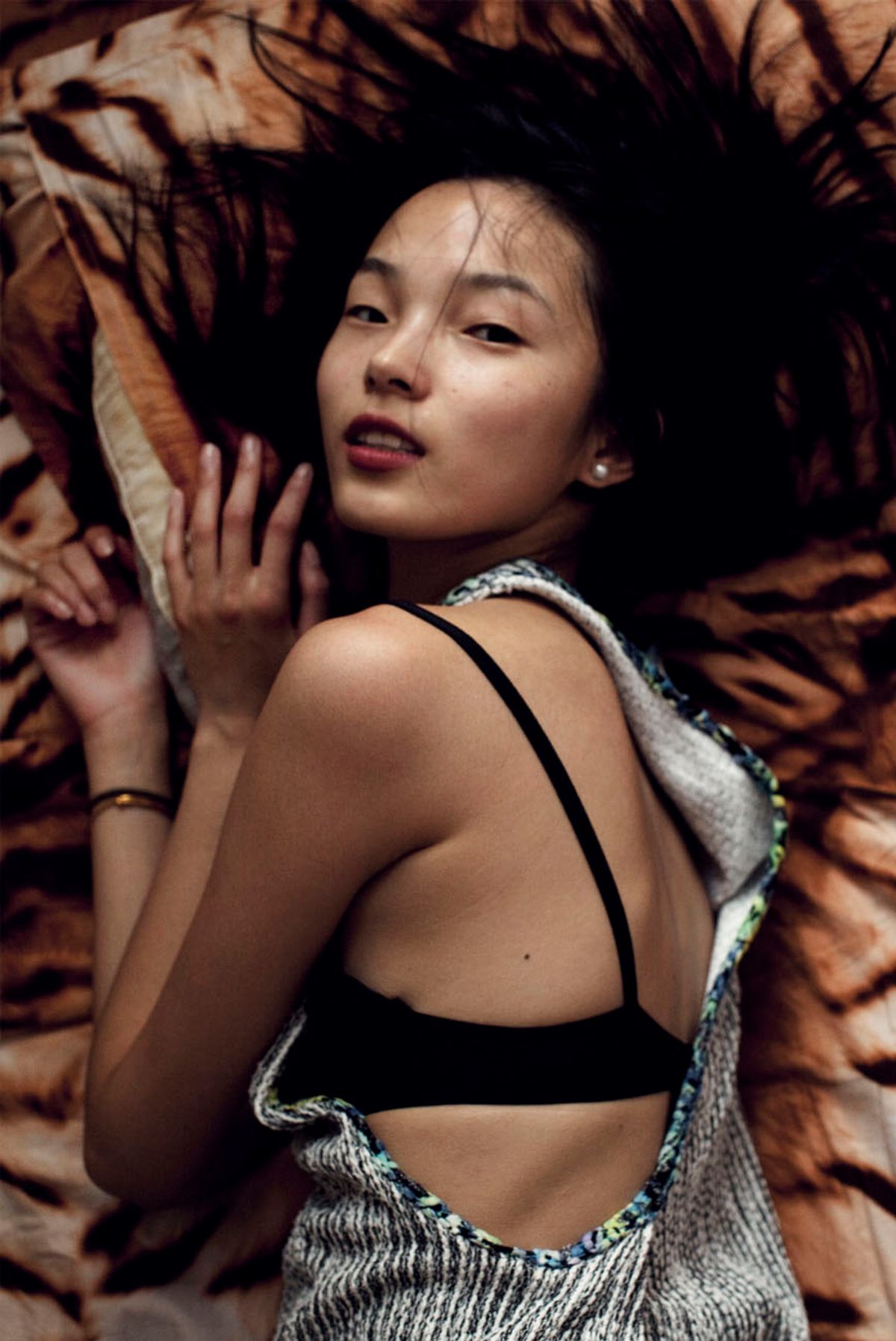 Meagan Wilson
Kerri Scales
It's no longer up for debate: today's current crop of models have unequivocally earned their 'super' prefix. After a decade plus of actress-clad covers, they're all over the newsstands, all over our newsfeeds, and, well, being covered in the news. Purists can protest but numbers don't lie—with Paris Fashion Week regulars averaging a few hundred thousand (or a few million!) followers each, the current crop of girls dominating runways are bona fide household names. It's fitting, then, that this here world wide web is precisely what gets so many girls discovered in the first place. Take Xiao Wen Ju, the Chinese model who, "was discovered on the street", but it wasn't until one whirlwind trip to New York Fashion Week that things really started to take off. “They asked me to do a model competition. I did the competition, and then I went to Beijing to be a professional model. IMG found my picture on the internet and they asked me, ‘Do you want to come to New York to do New York Fashion Week?’ And, I said, 'yeah, why not?'" That "why not" response has since snowballed into a career that spans countless covers and editorials of international Vogues, dozens of runways and a handful of buzzy campaigns. Thanks in part to a well-honed instinct for styling herself when she's off the runway and endless bounds of energy that manifest in endless face-pulling (more on both of those points later). She's made her name on the street style circuit, too. The better part of Ju's wardrobe, though, is dedicated to Babyghost, the contemporary label that just so happens to be headed up by her roommates, Josh Hupper and Qiaoran Huang, and for which the model serves as unofficial muse. Sprinkled among her separates from the brand were 3.1 Phillip Lim, Kenzo and Opening Ceremony biker jackets and Ann Demeulemeester, Balenciaga and Alaïa booties. Bonus cool girl points go to the calligraphy set (a hobby of hers), the Chinese translation of Just Kids and Bianca Chandon deck we spotted around her place. Jetset career aside, Ju's ultimately a girl after our own heart—by way of the stomach, of course. As we talked favorite spots in the city, the model copped to food serving as the best medicine for homesickness. “I can’t cook, but four years ago, I first went to Xi’an Famous Food. It’s my hometown’s food and it made me cry. It tastes great and I go there all the time. [When I first moved here], I didn’t have friends and I didn’t know the city, so every time I felt really upset, I would always go there. It’s my stomach holding my heart.” A sentiment we whole-heartedly back, of course.
Closet