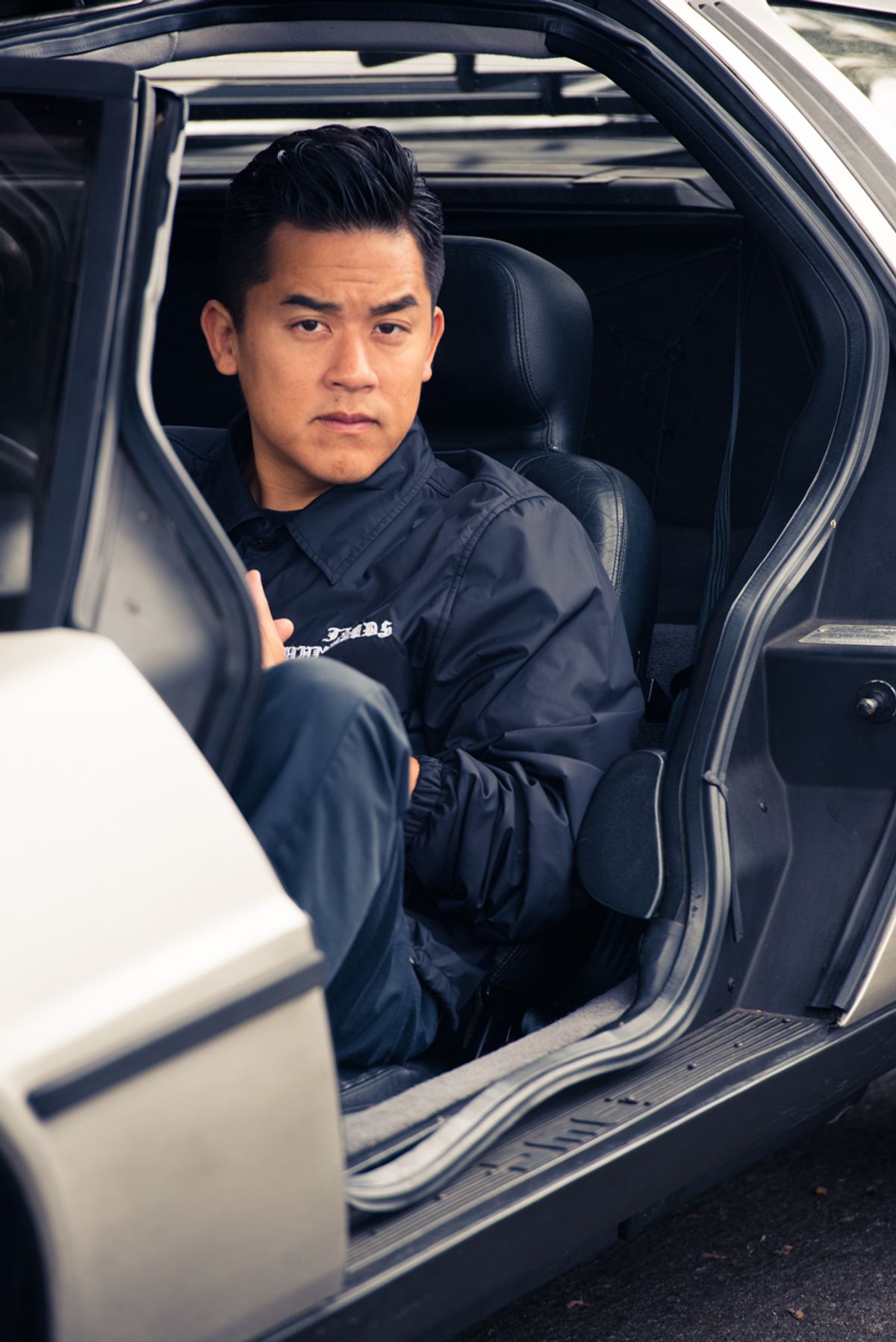 Meagan Wilson
Meagan Wilson
Occasionally, when we're in the mood to get all introspective, we have to wonder if spending hours in homes all over the world—from sprawling Beverly Hills mansions to 300 square foot Manhattan apartments immaculately maximizing every inch of their space—we're getting a little spoiled. This question is especially pertinent when we find ourselves being greeted by someone like Bobby Kim, who you may also know as one-half of the brains behind one of streetwear's most mammoth brands (that would be The Hundreds), with, "So, I don't have much." Let's be clear: we're not suggesting Kim's wardrobe is minimal by any means—his sneaker collection alone is substantial enough to warrant pretty considerable closet space compared to, let's say, your dad. But for someone hailing from the streetwear world, we were admittedly a little taken aback at first. Until, of course, we learned that Kim's pared down collection is a habit he came by the hard way. "In the late '90s, I used to be an avid sneaker collector. Then, my apartment got burglarized for my collection. I spent a good five minutes losing my mind, vowing bloody murder, renouncing mankind... Over a decade's worth of Dunks, Js, and other rarities I'd been gifted or discovered in an obscure Japanese boutique—gone! But then, I almost immediately felt silly; ashamed that I let something as material and inane as retro shoes govern my emotions (and my bank account)." Yup, we're pretty sure that's the ultimate touché. That's hardly saying that Kim's home was without its points of interest, though—from his signed picture with Bill Clinton ("I was surprised at how terrible Bill Clinton's handwriting is. It reads, 'To Rotty. Into butt bubbles.') to his DeLorean, his place was full of Coveteur firsts, complete with insanely quotable anecdotes behind almost everything. Then again, we should have seen it coming that the (esoteric, really well-read—"all that time people tend to spend on their phones I dedicate to reading") guy who counts everyone from Tapatio Hot Sauce to Disney among his collaborators would choose substance over style.
Closet