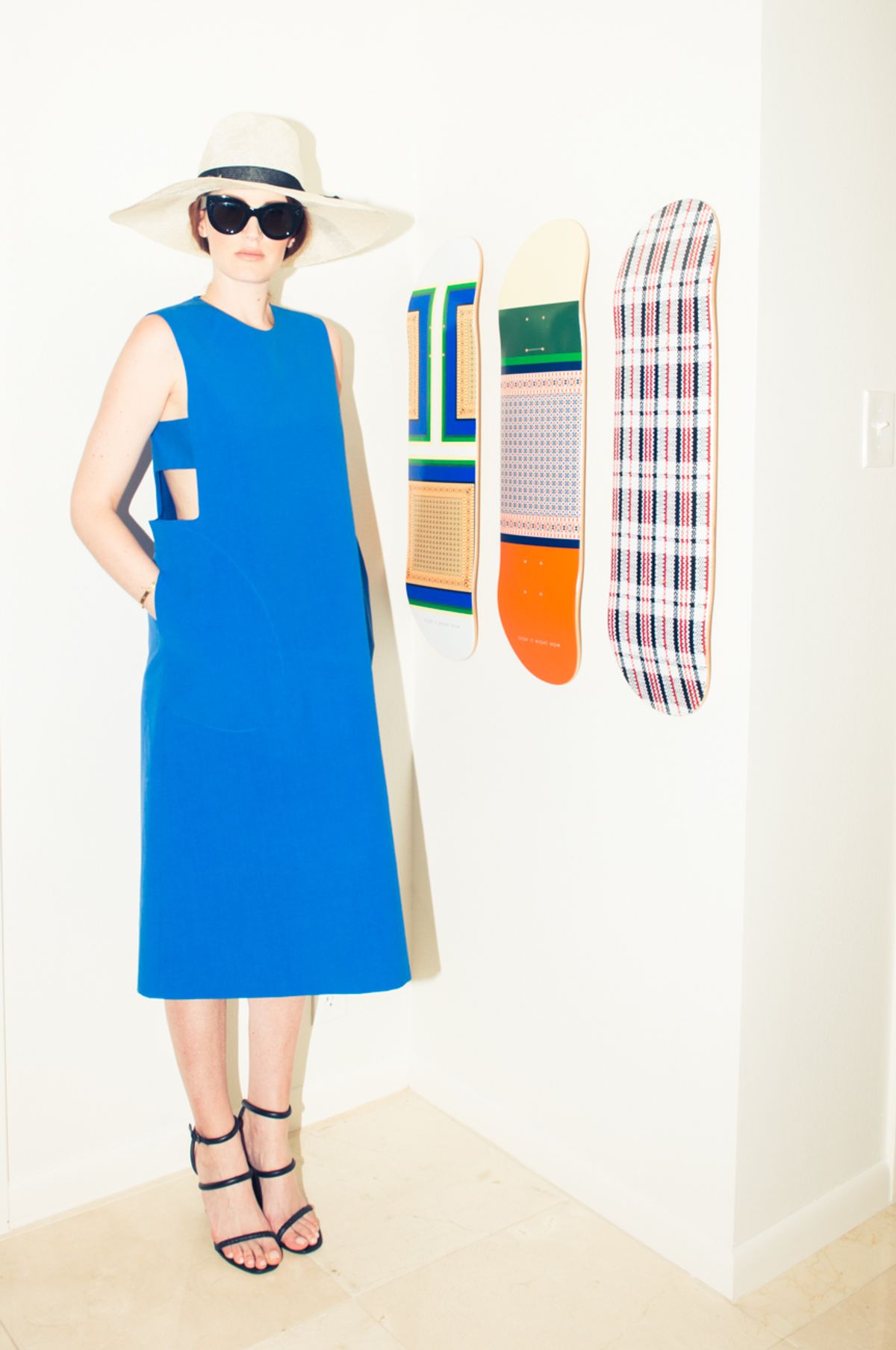 Katie Boyle
What a difference two years make. When we first photographed (and met, TBH) Amber Venz a few years ago in Florence, we were just getting the hang of her company, rewardStyle. A refresher: RS is better known as the digital content and commerce monetization platform that translates e-commerce clicks into dollars for over 14,000 style-minded publishers and 4,000 retailers all over the world. Feeling inundated? Us too—between you and us (a.k.a. all of the Internet?), we were still (barely) getting the hang of the whole thing when we first met for drinks across the Atlantic. Fast forward two years, and Venz has not only changed the whole damn blogging game—its spin-off, LIKEtoKNOW.it, has gone ahead and done the same thing for Instagram. She's also had a Pinterest porn-worthy Cabo destination wedding, gotten old guard publishers like Vogue on board with the affiliate commission game and now she's expecting a little one, too. How's that for disruption? Your move, everyone else in tech. This time around, we caught up with Venz during rewardStyle's annual conference, when the company floods its Dallas HQ with a few thousand of the fashion world's most preeminent publishers and retailers. As you do when you run shit. We caught its co-founder (she heads up the whole thing with husband Baxter Box) on the very first day of the conference for a tour of the couple's first home (and a tour of all the beautiful things she's acquired since RS has blown up, too). Predictably, Venz was careful to hint at her pregnancy in only the most on-brand of ways: a pint-sized pair of Stan Smiths, and an eensy-weensy jean jacket. The couples' place wasn't complete without its fair share of Texas-tinged touches, either: a row of petite cactuses and succulents here, a cowhide rug there. Oh, and a fully stocked bar and especially epic embroidered poncho scored at London's Portobello Market. Let's just say RS is in store for one hell of an heir(ess).
Closet