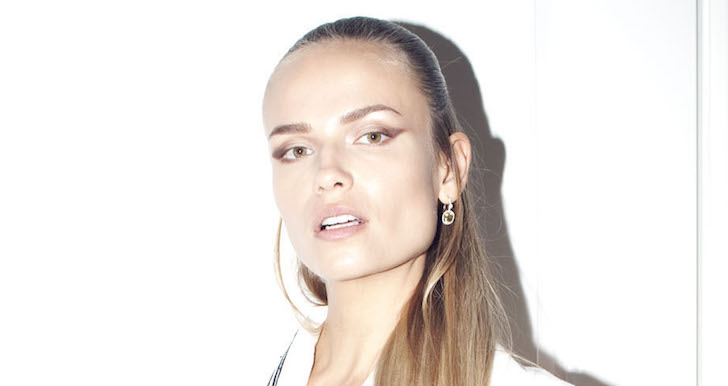 Pre-gaming and primping with the model ahead of the 2015 MET Gala.

Mail: it gets lost sometimes. You know, like our MET Gala (that super-exclusive, annual grown-up costume party for the fashion folk) invite —  it’s disappeared, vanished into transportation abyss. At least that’s exactly what we’ve convinced ourselves of. Seems logical, right? But honestly, since we weren’t about to shell over the $25,000 price tag (we’re on editors’ budgets, okay?) for a hypothetical seat at the dinner table, we decidedly raided the hotel suites of the few Chosen Ones actually getting ready and attending this year’s gala. Hell, everyone knows the pre-game is more fun than the party anyways.

Hence why we were so excited to hang with the lithe, Russian beauty Natasha Poly in her Upper East Side suite at The Surrey pre-gala — if you haven’t been counting down since eight months prior, tonight’s theme is “China: Through The Looking Glass”; a homage to the influence of Chinese fashion, history and art. BTW, Poly is no novice to the annual fete; last year she was Alexander Wang’s arm candy.

Upon opening the door to her suite, we found Poly wrapped up in a white robe, champagne in ice at the ready, her hair duo Luigi Murenu and Gonn K tightly pulling her golden strands into a half-up-half-down knot. As for her makeup? Girl did her own! We watched jaws agape as she expertly applied that sultry cat-eye smoky shadow, brushed a just-pink-enough nude blush across her carved out cheekbones, and finished off with a semi-matte taupe-y lip. Yup, all her. If we said we were impressed, it would be an understatement. Then, Poly slipped into a custom liquid gold Topshop gown, strapped into her heels, and closed out the look with delicate jewels. A few finishing touches; smoothing loose strands, a final touch-up of lipstick, and her (and we) were out the door. 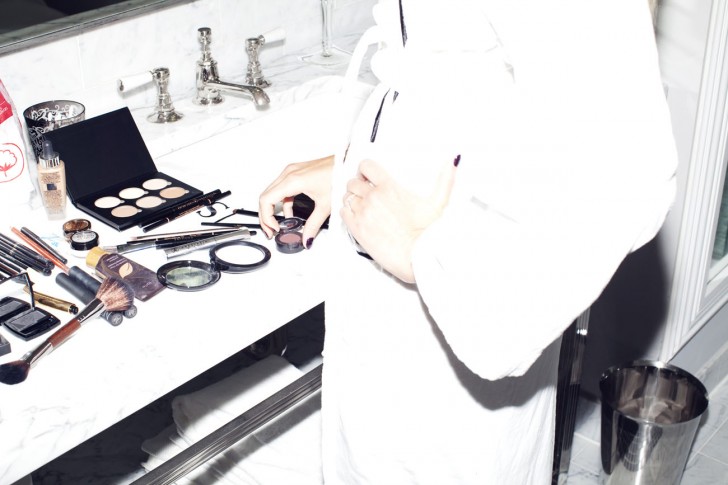 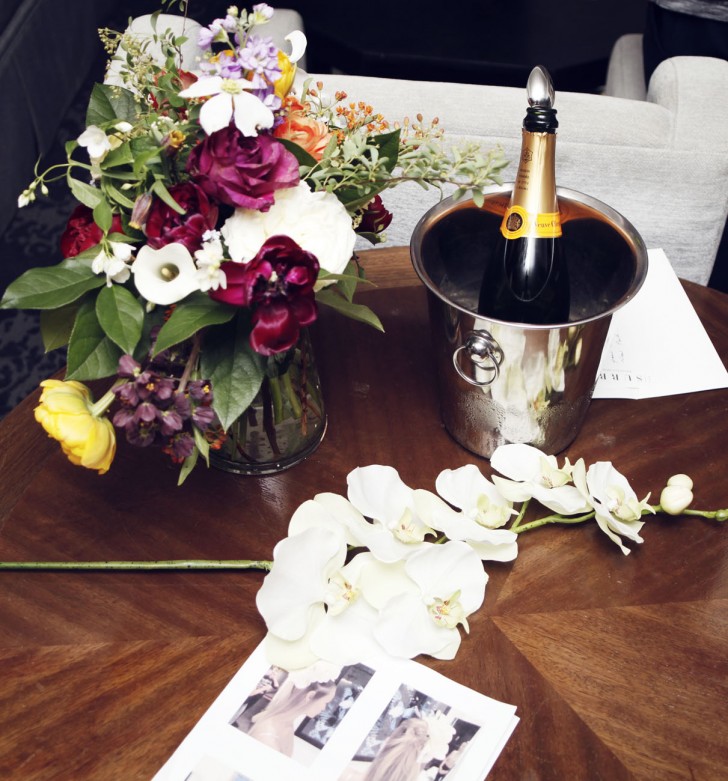 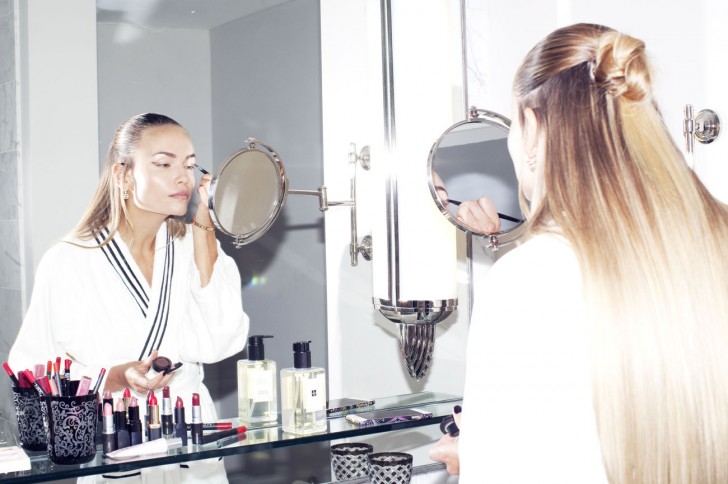 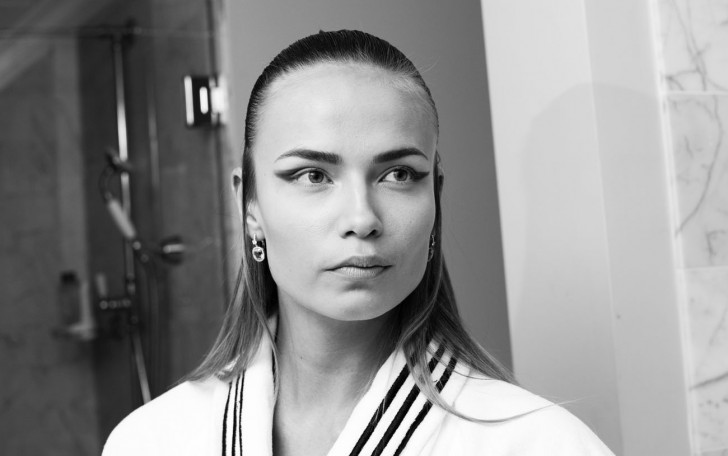 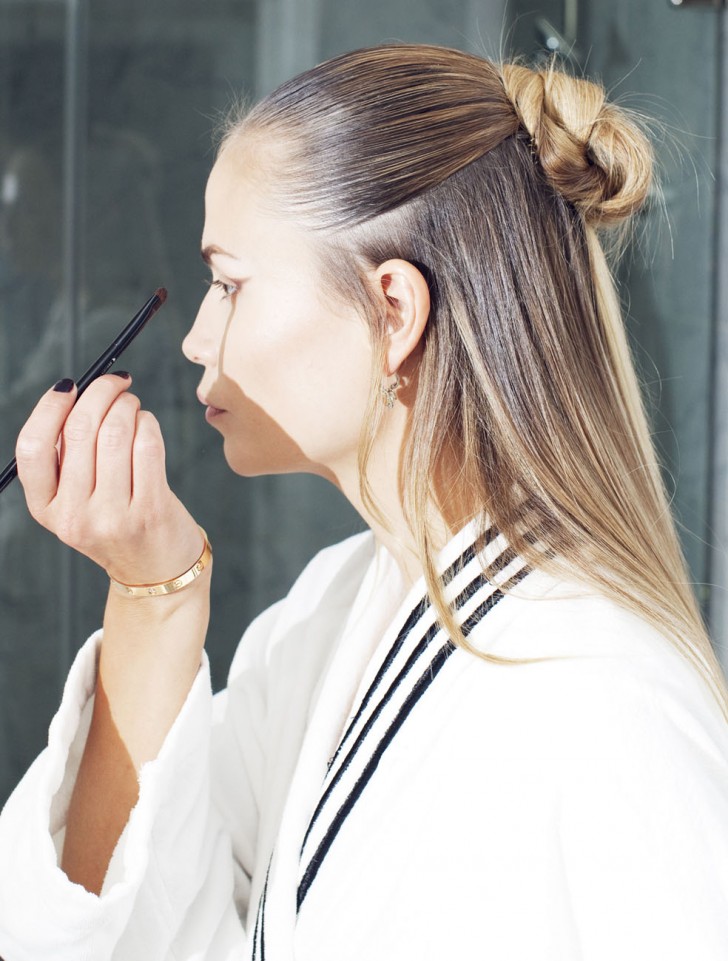 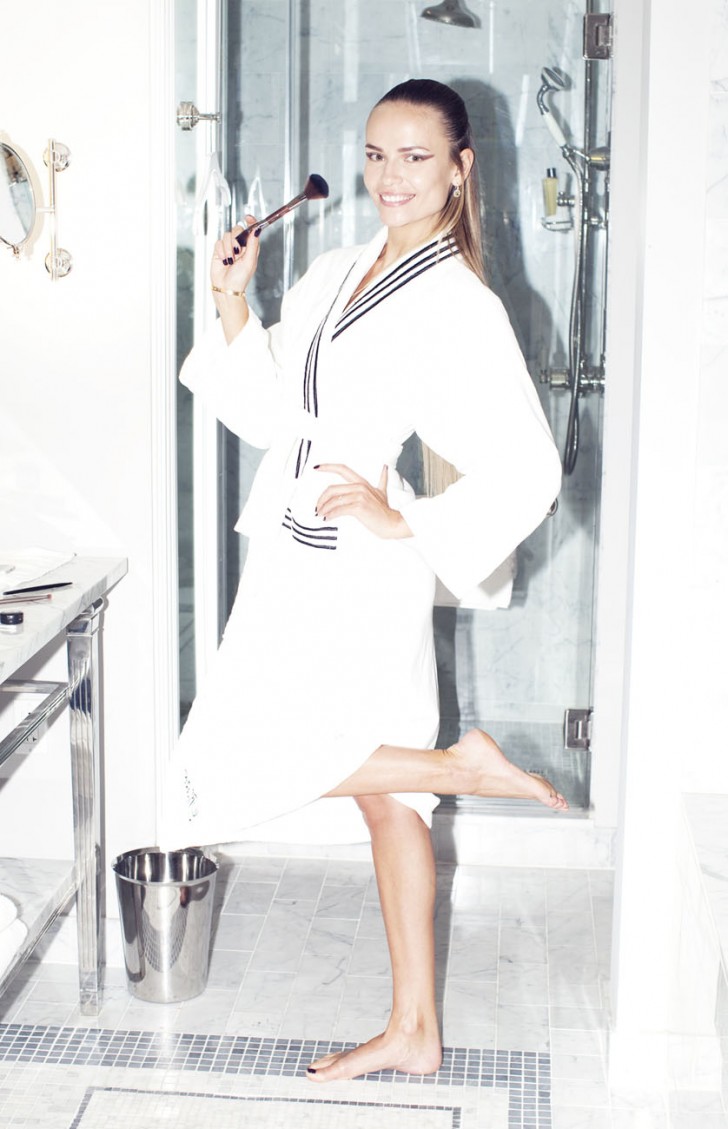 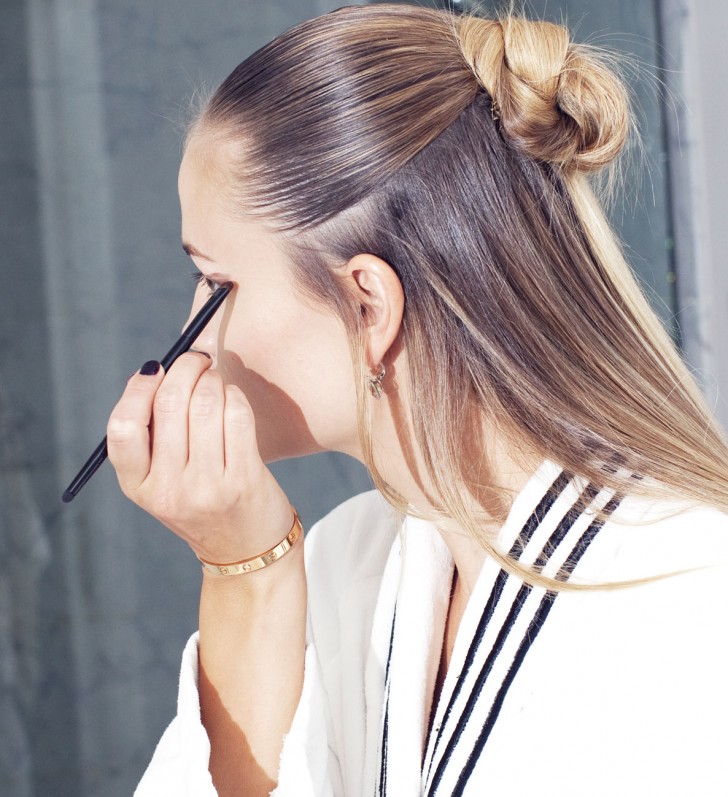 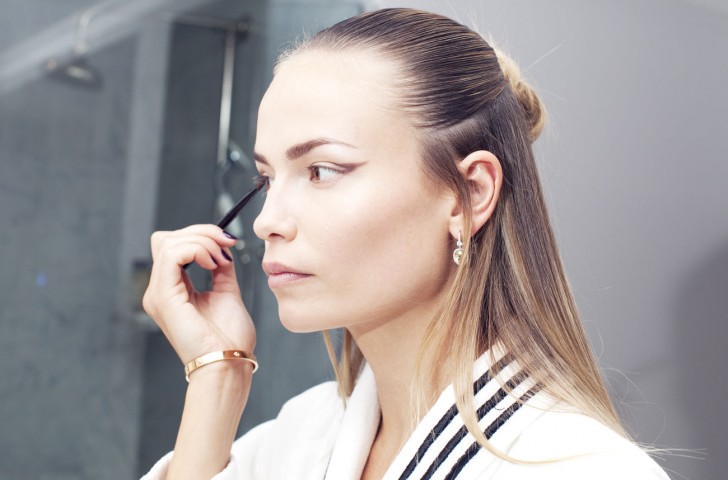 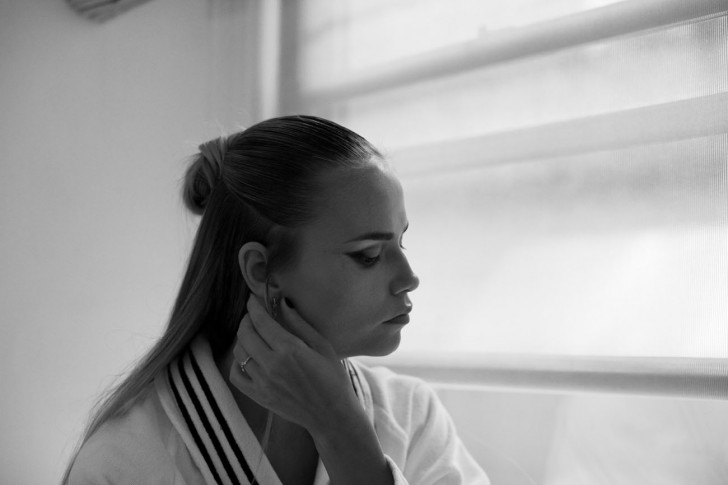 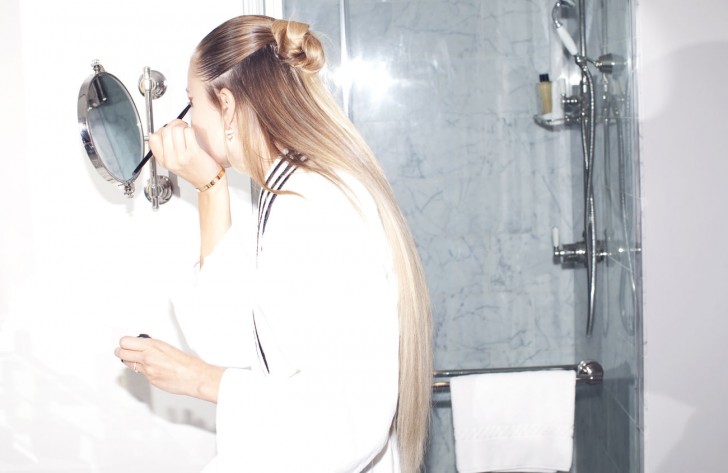 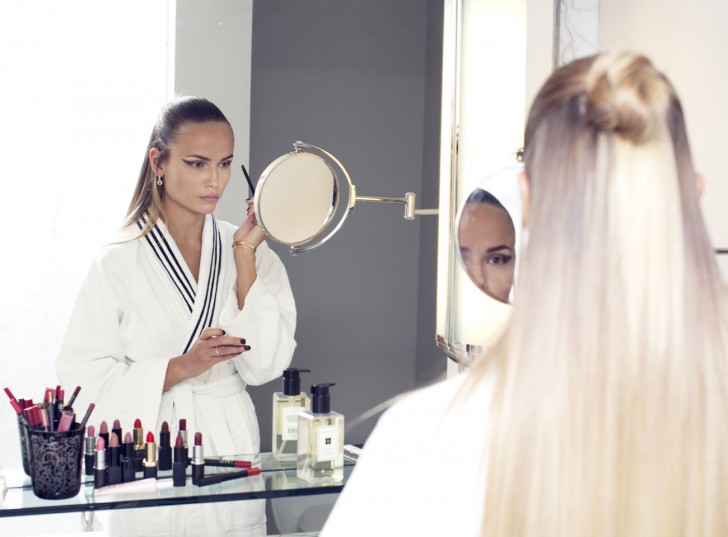 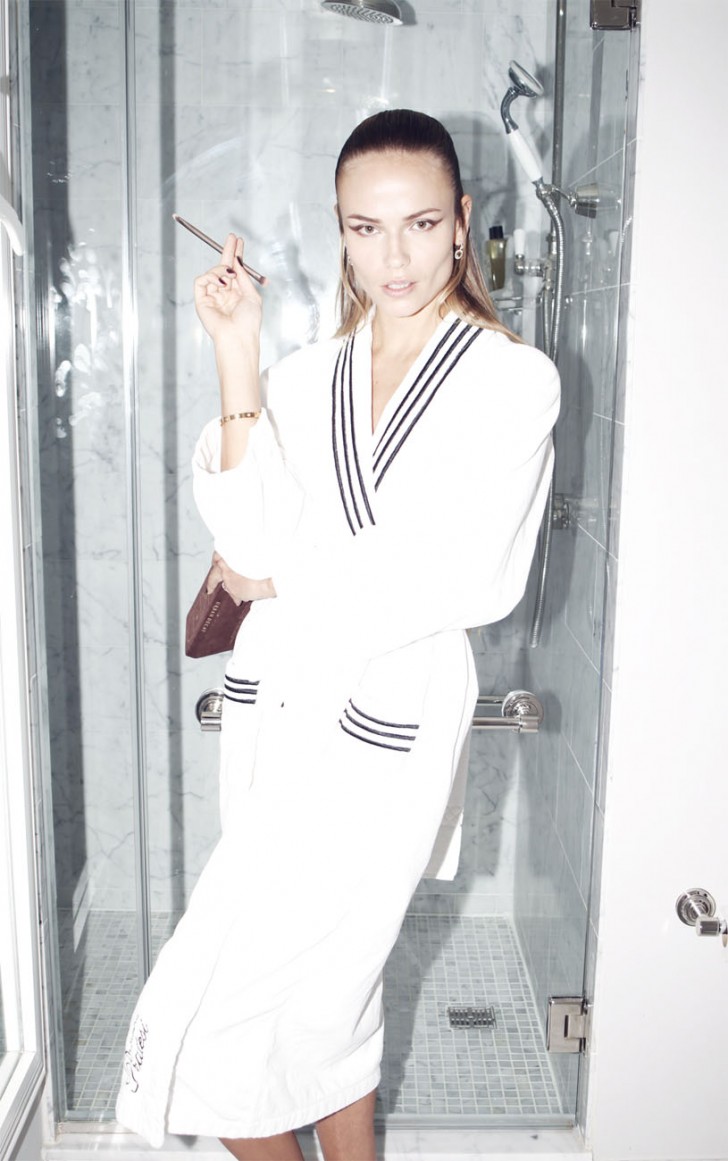 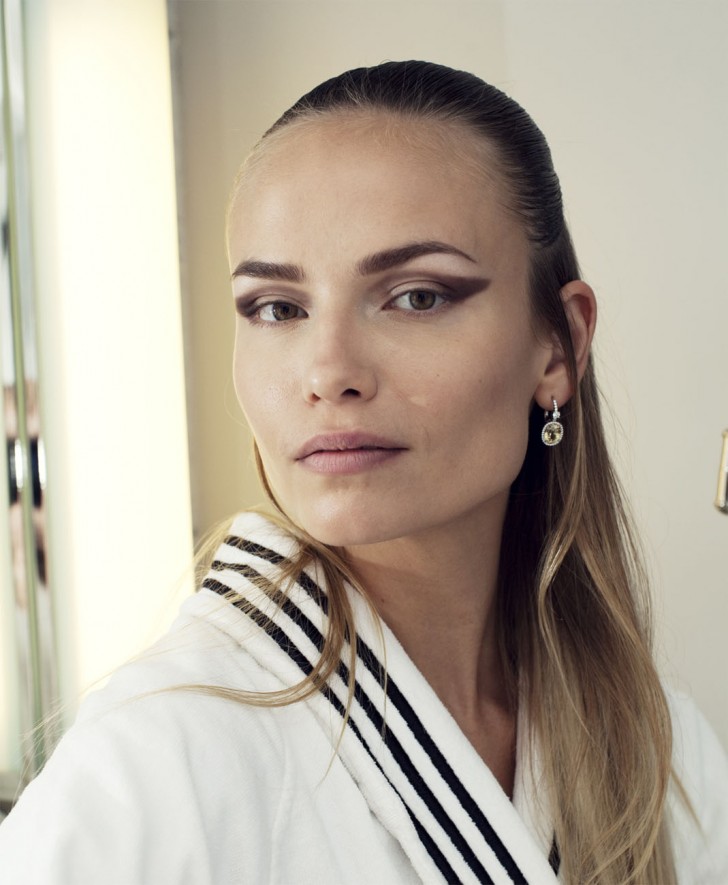 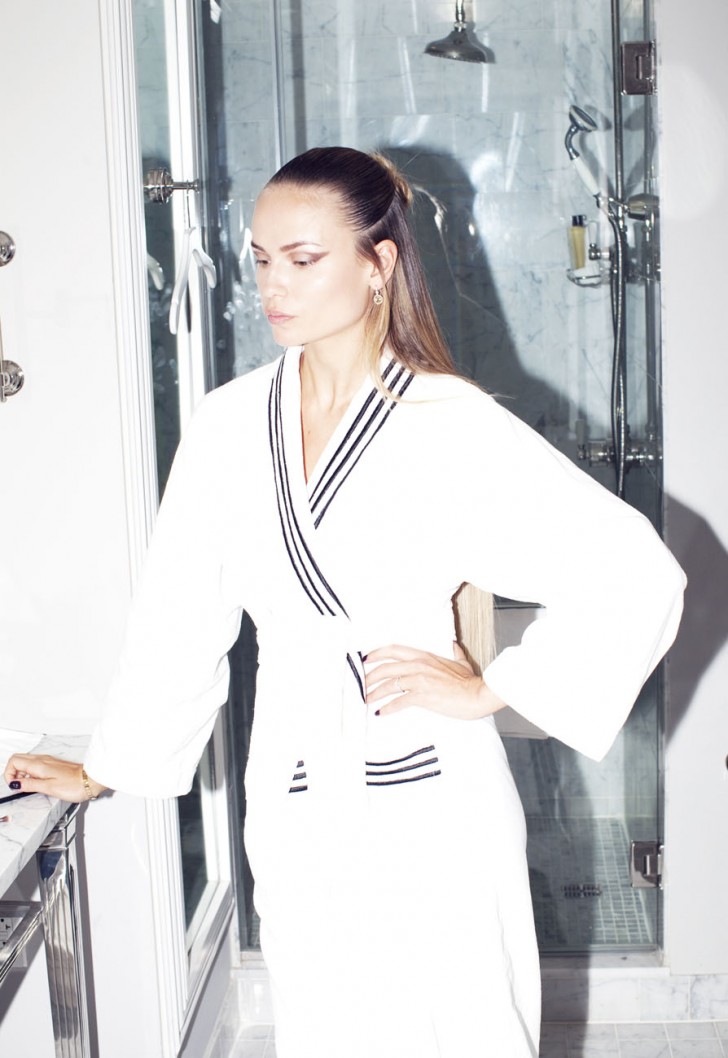 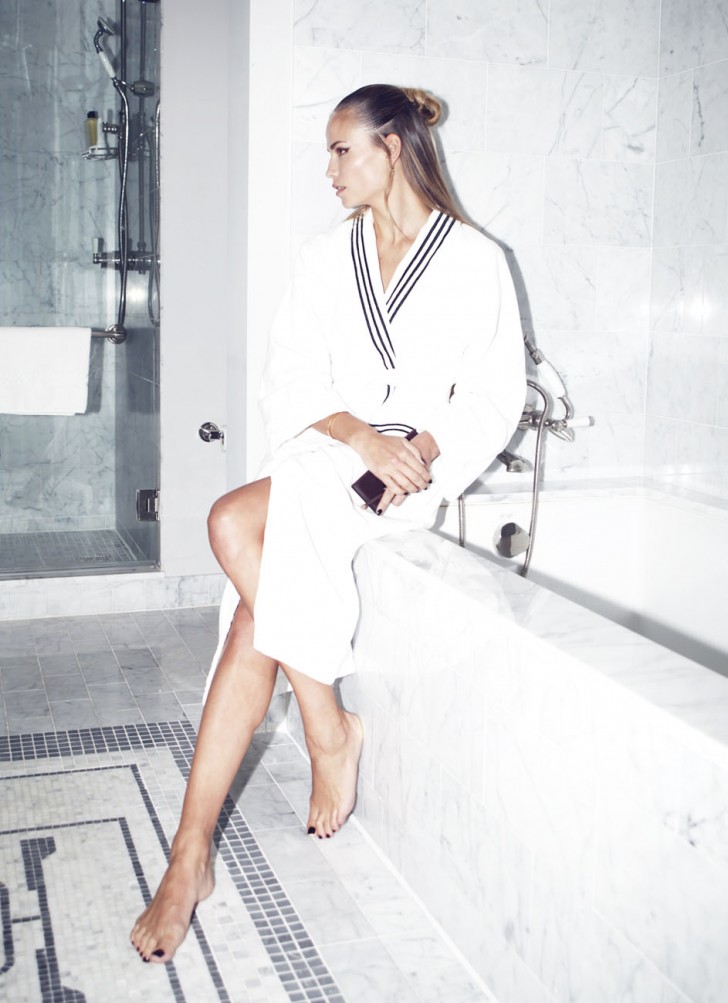 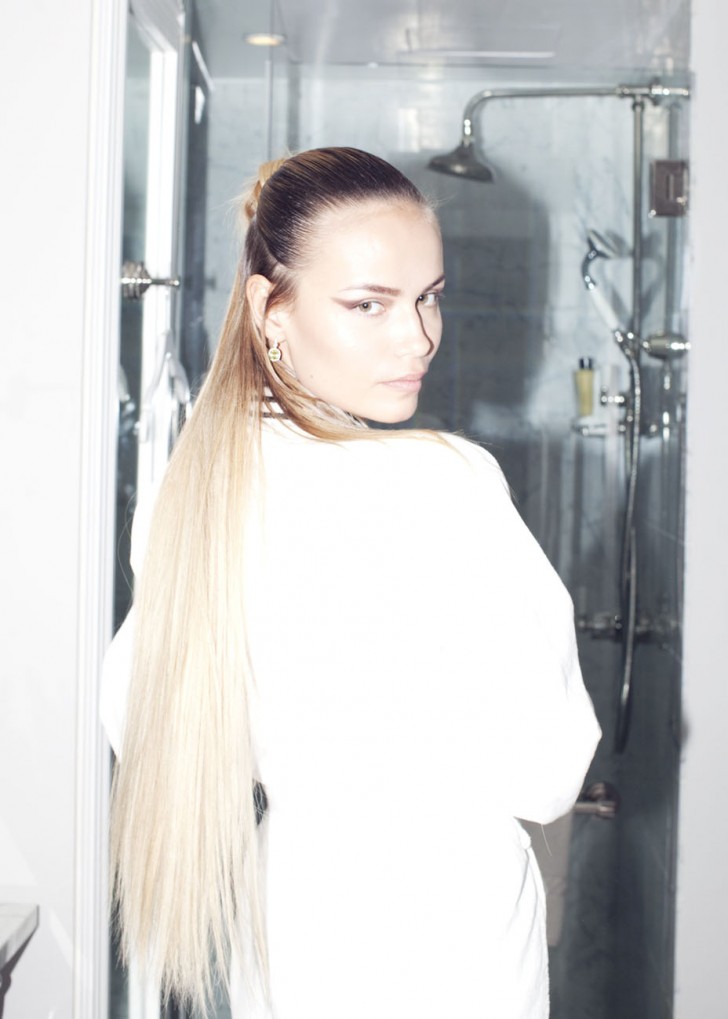 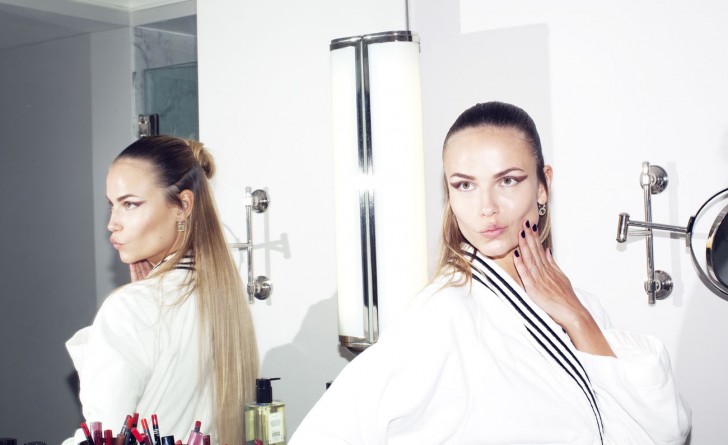 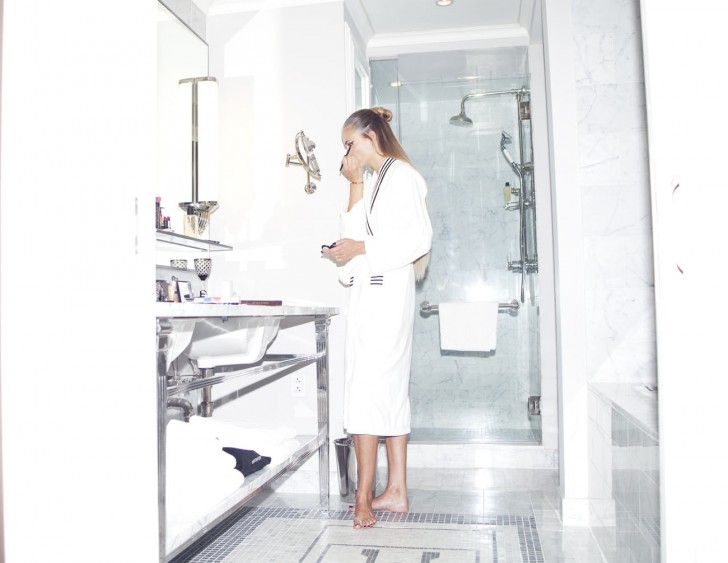 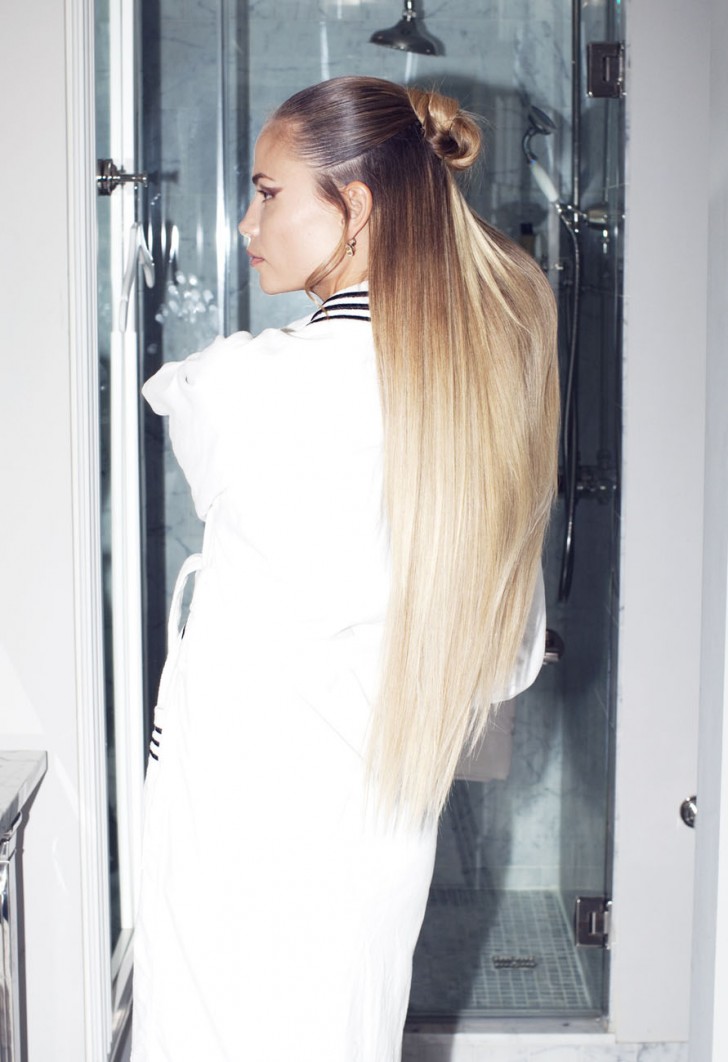 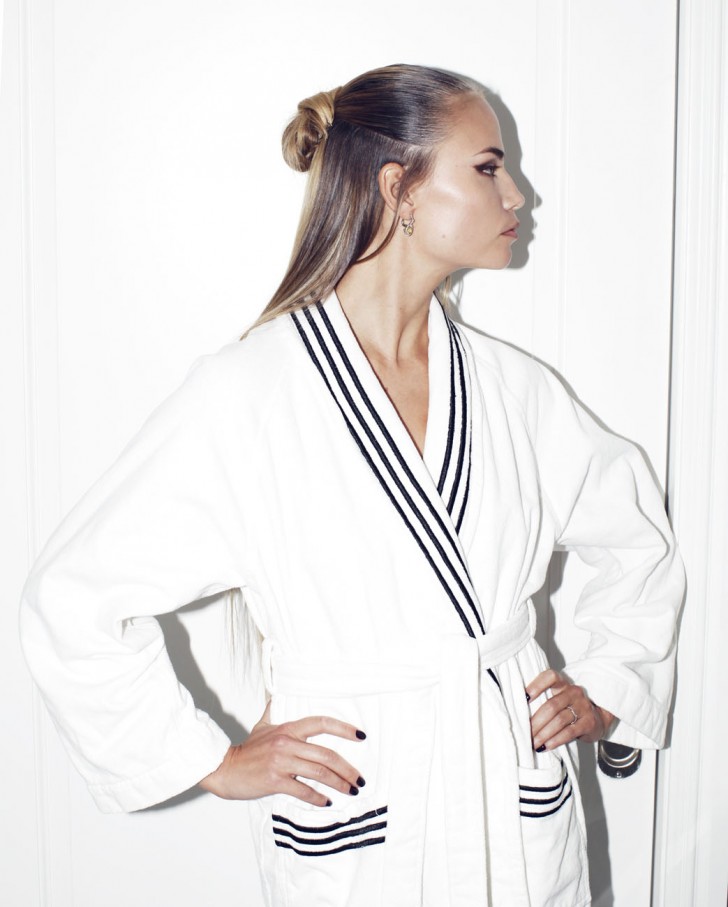 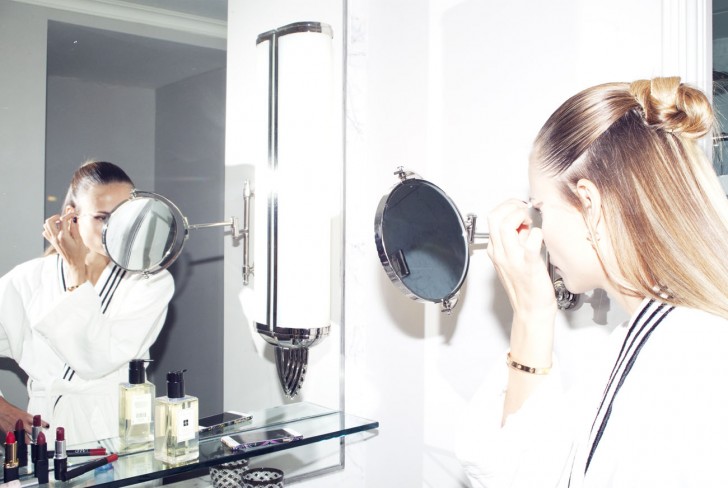