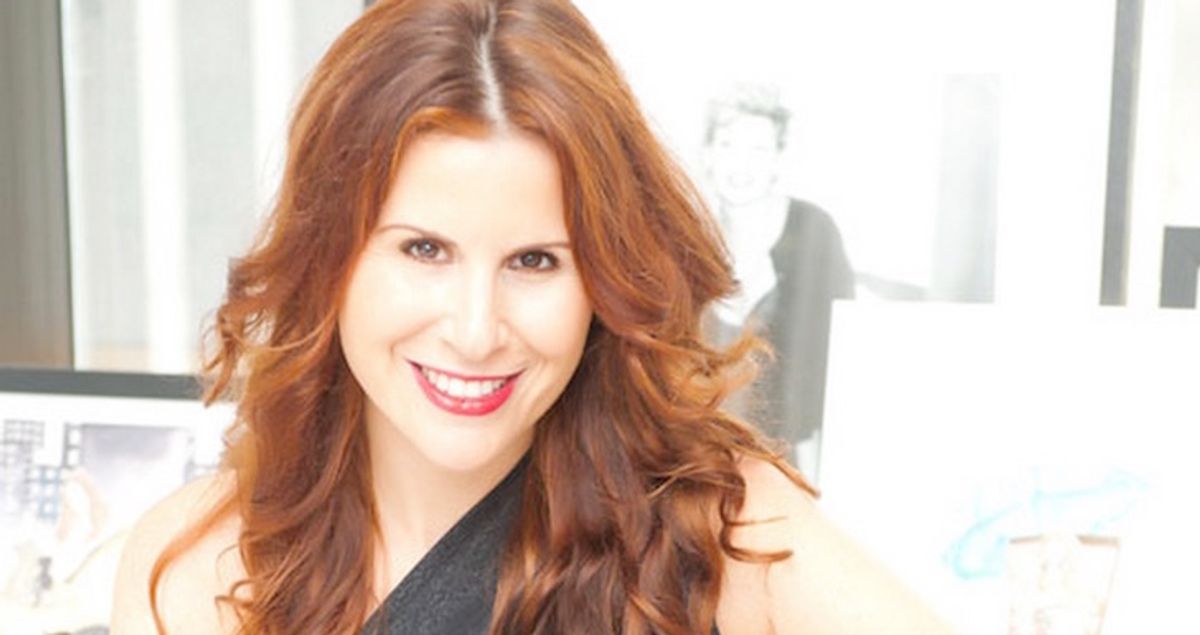 She watches Scandal with you every Thursday (red wine and popcorn at the ready, commenting on every move Liv and her gladiators make in way less than 140 characters), reassures you that, yes, moving to New York to pursue your dream career is indeed a great idea, shares the daily gossip (annoying ‘To Whom It May Concern’ emails and all), and delivers straight-to-the-point outfit feedback. Sounds a bit like your old sister-cum-best friend, no?

And, we mean, she kind of is, albeit virtually. Yes, we're talking about Aliza Licht, a.k.a. DKNY PR GIRL. If the handle doesn’t ring a bell we’ll give you a sec to come out from under that rock—or that social media detox you’ve been on since, y’know, 2011—and introduce you to the OG PR girl.

Not only does she send out off-the-cuff Twitter brain dumps to her half a million Twitter followers 24/7, she interacts with each and every one, too. What began as an anonymous account documenting the insider PR scene at DKNY in New York, escalated from 0 to 100 (real quick), into a full-fledged digital life of sorts for Donna Karan’s SVP of global communications.

In this digital age, the line between professional and personal presence is more blurred than a Robin Thicke video, so when we heard about Leave Your Mark, Aliza’s first book (out today!), in which she spills career advice (don't follow or friend your boss first) and firsthand fashion industry gossip (CelebX's questionable facial choices), we were all ears. Because, let's be honest, if anyone can advise us on the art (really, guys) of social media and how to use it to your advantage, it's Licht.

Here she lays down her top social media pet peeves (we’re taking notes and you should too). Trust us when we say you'll think twice before hitting send during your next wine-fueled, your-brain-on-Netflix social sesh: "If you wouldn't feel comfortable running a full-page ad of your tweet in the New York Times, don't post it.” Word, Aliza.

In real life, do you walk around screaming to strangers, “BE MY FRIEND?”

And then, when you glance at that person’s timeline, they have tweeted the same post to fifty other people.

People who are eggs or have dumb bios.

Guys, this is your online resume. Make it count.

You've known this rule since first grade. Don’t do it.

People who suffer from FOMO

To the point that they pretend they are at an event when they are really at home, in their pajamas, catching up on Netflix.

People who make plans just for the purpose of staging Instagramable moments.

Experience things for the sake of experience, not just your timeline.

People who are constantly bragging.

Just remember that people might not be as fortunate as you are, so be a nice human and think about that every once in a while.

People who post grand expressions of love to their spouse.

WHY? Don’t you live together? Can’t you just say that in person?

People who use social media to rant in all capitals.

Do everyone a favor and call your therapist.

People who will only "favorite" posts instead of just simply saying thank you.

Psst, here’s a little secret: It’s okay to speak to people. You know, keep the social IN media.