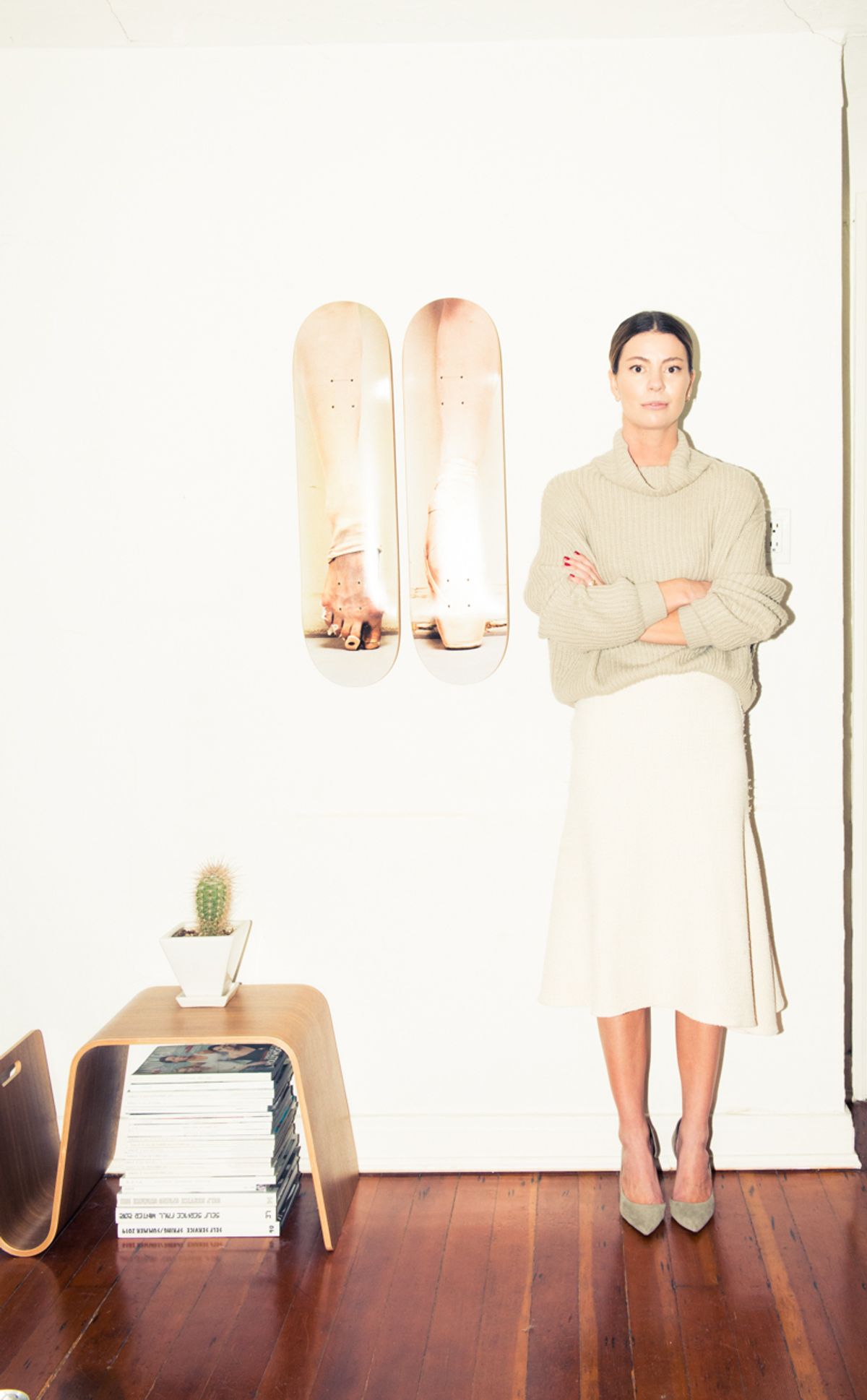 Meagan Wilson
Meagan Wilson
Every so often we collectively, as a culture, ride certain words—concepts, too—straight into the ground until they're completely arbitrary and drained of their meaning altogether. The prime-est, oft-discussed example of this? Curation, of course. We're the first to admit that we've used it to describe everything from coffee tables to Pinterest boards—and we're about to really drive that final nail in the coffin right now. After all, when it comes to the case of Annina Mislin—the Los Angeles-based stylist and editor—it's kind of the only word that fits. And when we say curated, we mean it in the truest sense of the world. Believe us when we say Mislin's edit of her personal wardrobe was airtight. C'mon. How else would you describe the single rack of assorted Céline and Balenciaga, and selection of Acne Studios denim neatly stacked on her bed that she presented us with in her bedroom? If that's not inspiration to go home and start ransacking your own wardrobe of severely dated circa-2008 Zara, we don't know what is. That's not to say Mislin doesn't love the occasional fast fashion buy, though. Sleek, pointy-toed wraparound flats from J.Crew and Zara serve as go-tos in between her requisite Stan Smiths and strappy Jimmy Choos. To put it simply, we're gonna need to borrow a concept from NY Magazine's The Cut (we've previously covered the degree to which we bow down to Stella Bugbee), as it's really the only descriptor that fits the bill—'I Like This Bitch's Life'. When it comes to lifestyle envy, Mislin's whole situation has us hook, line and sinker. Sleek, minimalist furniture outfitted her home in the hills of Silverlake; with design-y touches like import magazines, baby cacti and succulents and Henry Leutwyler & Supreme x New York City Ballet decks dotting each corner. Her wardrobe, we've covered. But her beauty game was expertly-edited, too: a rainbow of CHANEL polishes, Aesop skincare, Comme des Garçons fragrances. What really clinched the whole afternoon for us was this: the revelation that she, along with her husband (no word on their adorable kitties, though) are fellow Canadians. You see where we're going with this?
Closet