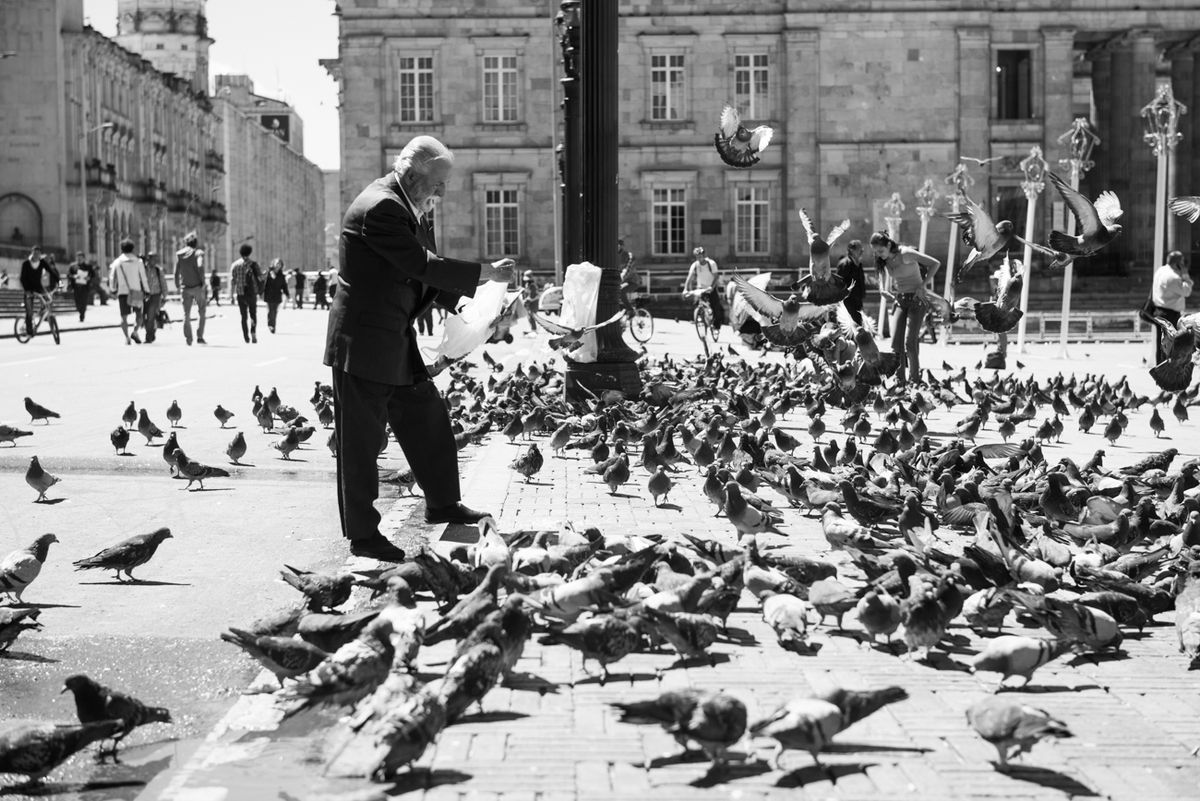 The Coveteur's Guide to Bogotá

All the touristy and not-so-touristy things that will make your trip to the Colombian capital so worth it.

Emily Ramshaw
It would be an understatement to say that this job takes us to some unexpected locales (waving hand emoji to Tokyo, Capri, Dallas and then some). But when you get a call from the designers from A Peace Treaty, a New York-based jewelry and textiles label that produces their pieces using traditional techniques in places like India and Peru, asked us to come along on an inspiration trip to Bogotá, Colombia with W Hotels? Well, let’s just say it’s not really in our nature to say no. One jam-packed week later, here’s what we know: do eat as much ajiaco soup as you can get your hands on, do take the opportunity to go dancing as much as possible, and do be wary of the altitude (the city is almost 9,000 feet above sea level) and its handy or not-so-handy (depending on your perspective) helpfulness in increasing the effectiveness of that third glass of red.

It’s worth a visit to Sarah Cohen’s studio (she designs under the moniker Suki) just to try on the Colombian designer’s crazy/sexy/cool lingerie and swimwear with the assistance of Cohen herself. Let’s just say that she makes the kind of strappy bras and bodysuits that are better exposed than hidden under clothes. @badgalriri would totally approve.

Yes, this is Bogota’s ultimate tourist activity, but the capping off a day by riding an (absurdly steep) cable car up to Monserrate to take in the admittedly breathtaking views is well worth it for the Instagram opportunities alone. Despite any initial light headedness (you’re more than 10,000 feet up, BTW), you can wander the parkland, church and multitude of stunning viewpoints. As the sun goes down, enjoy a cocktail or sugar cane tea at one of a selection of picturesque colonial cafés.

Colombia is one of the world’s largest flower exporters, second only to Holland and its relative seasonlessness (being right on the equator and all) means that flowers and fruits you’ve never seen in Whole Foods are available in abundance. The city’s main fruit and flower market is worth a visit even if you’re not buying—the myriad varieties of roses, lilies and literally every other flower you’ve ever heard of will inspire serious gawking. Munch on feijoa and granadilla (both are tart, super sweet, super delicious fruits), while you wander.

Bogotá’s old colonial town is the closest thing to the romantic vision of Colombia you likely have in your head. Spanning out from the massive Plaza Bolivar, where the national congress, city hall and judiciary seat are located, the neighborhood is a colorful jumble of architectural styles dating back to the 1500s. Stop by the Escuela de Artes Y Oficios Santo Domingo, an art school that teaches traditional craftsmanship technique that is housed in a series of impeccably restored colonial mansions. And refuel on ajiaco, Bogotá’s signature dish, a soup made with chicken, three different types of potato, corn, rice and avocado—actually so delicious.

Colombia is famous (or infamous) for its natural resources—the most glittery of which is gold. Bogotá’s Gold Museum is unlike any other in the world in that it displays incredibly intricate gold artifacts made by indigenous tribes and recovered from tombs. Depicting fertility, life and death, as well as figures of everything from frogs to UFOs (actually), the detail and narrative of the pieces is stunning to behold—in fact, it’s the kind of thing you wish you could find in a jewelry store now.

The Museo Botero del Banca de la Republica in La Candelaria houses work by Colombia’s best contemporary artists, including Fernando Botero (hence the museum’s name…) and a number of others, offering a completely unique perspective on the country complex social and political history.

For what any local will tell you is the ultimate in Colombian hospitality and nightlife, you have to head to Chia, an hour outside of Bogotá. Andrés Carne de Res is something between an adult amusement park (you’re plied with a tequila shot as soon as you walk through the door) and Latin infused spring break fantasy (see: tequila shots). Then again, it’s worth the following morning’s pain and momentary sensory overload, for the fun in letting go of that North American reserve (you’ll realize what we mean when you get there) for one night. Feast on empanadas, steak and avocado salad before taking to the neon-lit dance floor.

For a day trip outside the massive metropolis that is Bogotá (9 million people and counting), drive 2 hours to Cucunubá, an indigenous village in the mountains (green, lush and perfect Instagram fodder) renowned for two things: cheese and traditional weaving. Stock up on beautiful alpaca blankets and ponchos made by the locals with looms in their homes (your shopping will support and help preserve their craft), and pick up some award winning queso for the ride home.

Opened at the beginning of this year, the hotel is the perfect jumping off point for Bogotá as it’s located in Usaquén, a bourgeois market neighborhood packed with great restaurants and a bustling Sunday craft market. Perhaps because it’s brand new, the hotel restaurant and bar are also local hotspots, so grab your glass of Malbec and mingle—you’ll find the Colombians to be extremely welcoming and friendly.
Activities Hotels Restaurants Shopping
Part of the series: