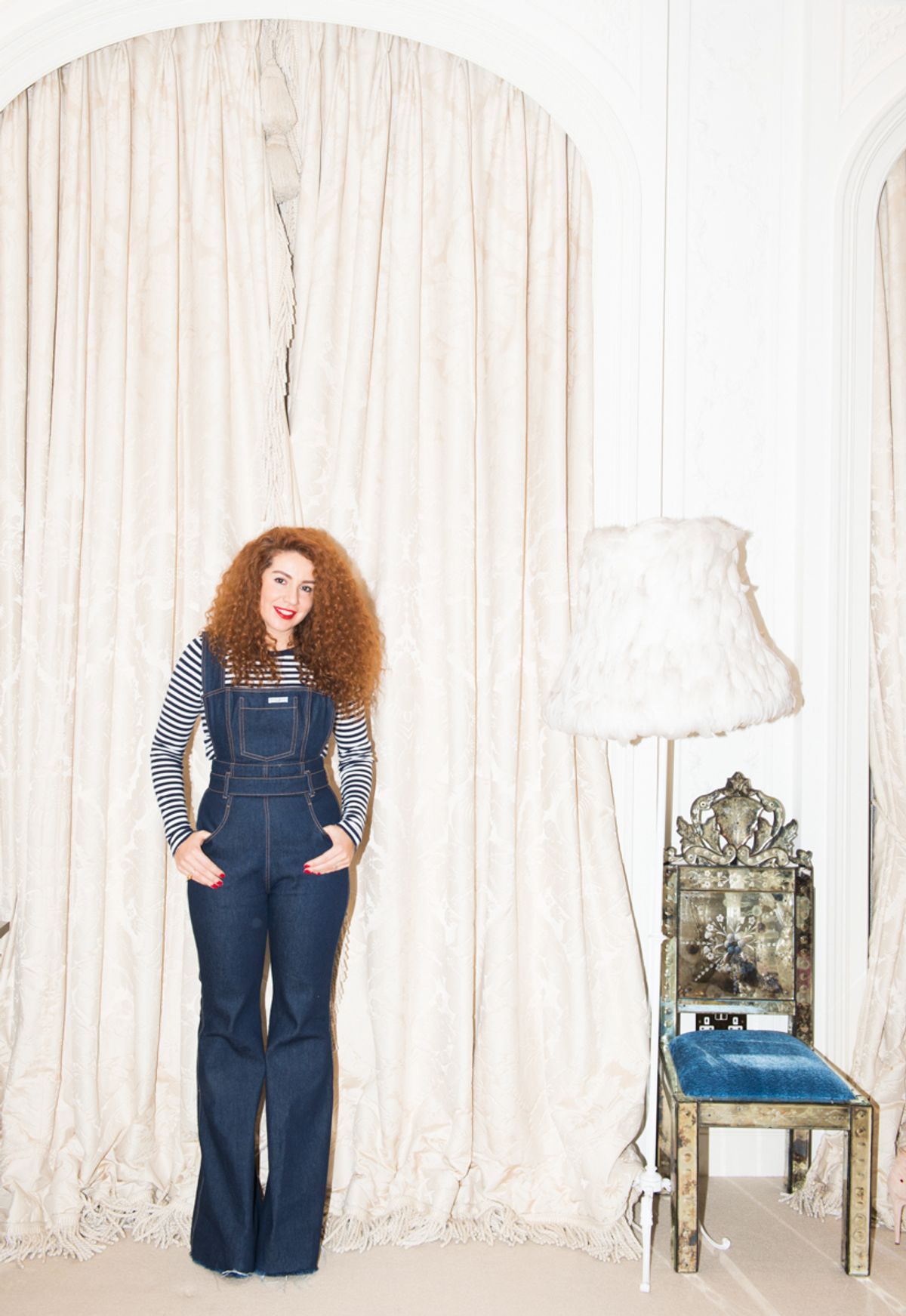 Emily Ramshaw
Emily Ramshaw
OG Coveteur, [noun]. A subject or potential subject who boasts an abundance of colorful collectible designers pieces, including but not limited to rare CHANEL, Givenchy t-shirts, Céline and Hermès; often suffixed by the word “situation.” Usage: “This Beverly Hills walk-in is an OG Coveteur situation.” In other words, these are the instances when we turn into designer-obsessed kids in the proverbial candy store. Suffice it to say, we still get pretty excited when we walk into these... situations. And we’re presenting you here with the latest fruits of our labor, or rather, the fruits of designer Natasha Zinko’s excellent shopping capabilities. We’ll break it down for you. We arrived at the Ukrainian jeweler and designer’s pretty palatial Mayfair townhouse to be greeted by Zinko already prepping for her portrait. “Is CHANEL resort, okay?” she asked us. If you know us at all, you likely already know our answer. On top of her own extensive collection (stunning structured cocktail dresses and tongue-in-cheek gold and pavé baubles—the ‘Love You Baby’ singles earrings were tempting, to say the least), entering her walk-in wasn’t unlike wandering around the European designer floor at Harrods (figures that the latter is a favorite hang out of the designer). For one thing, Zinko explained that this was only a limited selection of her current location—there were rooms on rooms of even more clothes throughout the rest of the house, or so her assistant told us (sometimes things are off limits, even for us—but we’re totally down for a round 2, Natasha!). Then again, her current obsessions were more than enough, if only because they were essentially a greatest hits collection of fall’s best runway. Witness Dior’s red and green wool dress, Marc Jacobs' blue and white fur chubby and enough CHANEL to stock their flagship. And then there was her extensive lineup of minaudières and clutches (she claims she doesn’t collect them, but they lined her mantle and multiple shelves, so we’ll call her out on that one) and Hermès Kellys. Like we said: seriously OG.
Closet