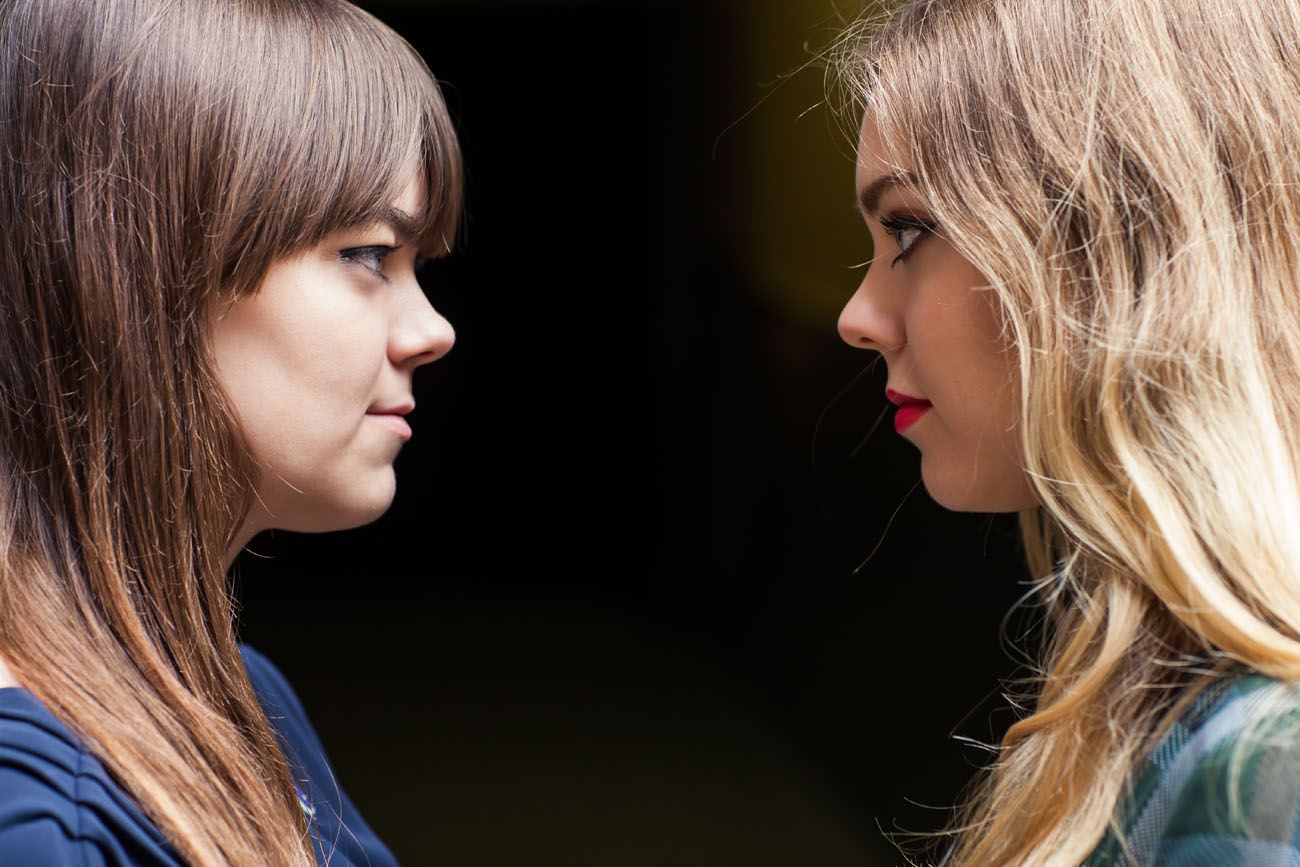 Much like the growing list of other nations we worship for their citizenship's ability to make mom jeans, white sneakers and a grey sweatshirt look as glamourous as a ball gown (see also: the French, British, native New Yorkers...), there's just something about Scandinavians. We repeatedly find ourselves double-tapping shots of their impossible-to-imitate heads of Nordic-hued (don't scoff, it's a thing) hair, high cheekbones and minimal-with-something-just-a-little-weird-that-we-could-never-pull-off ensembles. 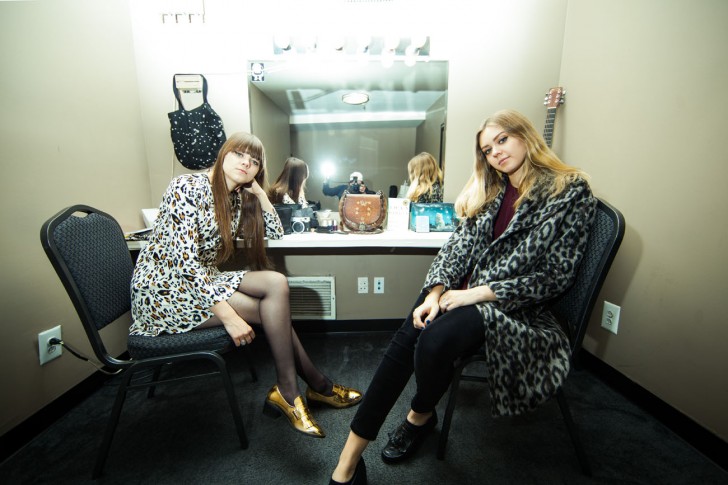 In case you haven't noticed, our transcontinental crush has taken over here as of late. You know, like when we kicked it backstage with Lykke Li and immediately headed to the nearest Whole Foods to pick up a tub of coconut oil afterwards. But while Li has the whole all-monochrome-Acne-Studios-everything look down, the First Aid Kit girls, a folk-tinged sister act out of Sweden, exhibit an entirely new side of Scandi style.

So when Johanna and Klara found themselves passing through New York for their sold out show at the Hammerstein Ballroom, we made it our mission to spend a little quality time—if only to attempt to figure out exactly how we could get their DNA to rub off on us by being in the same room. Science, can you get on this? 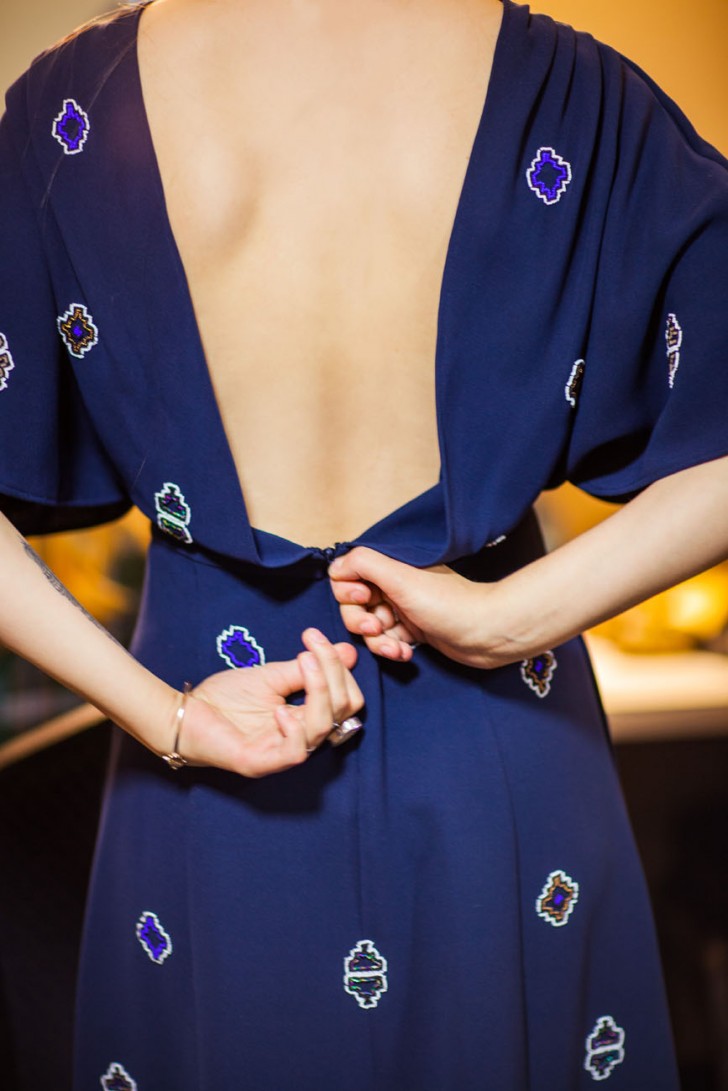 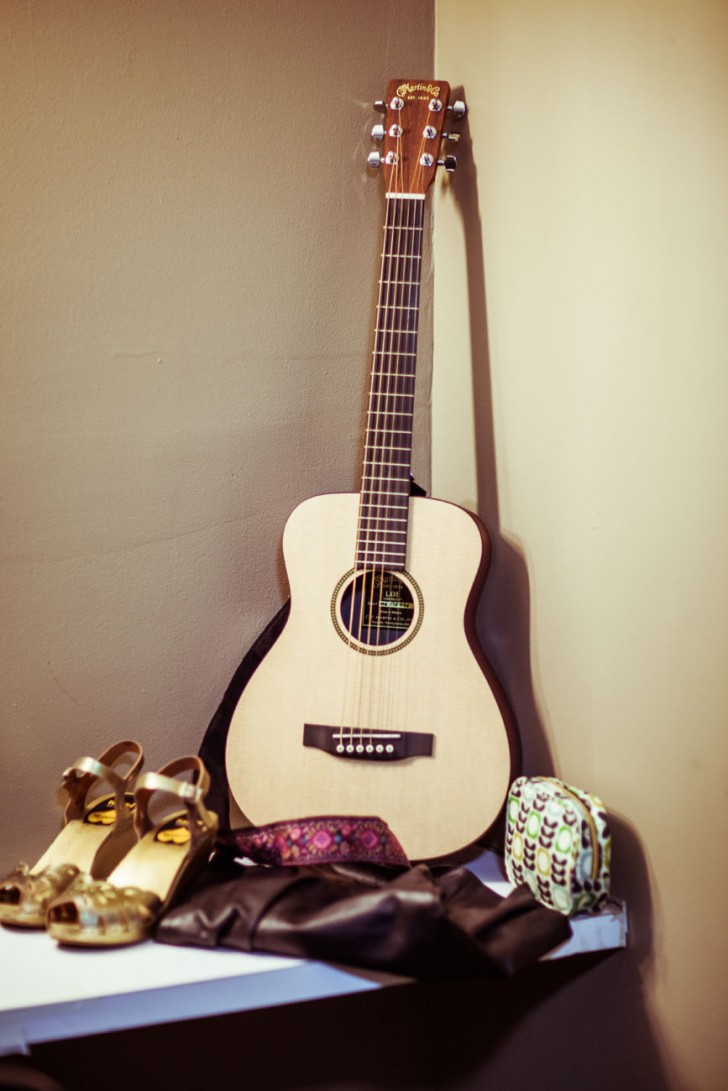 ...on going for the gold & taking notes from Jack White:

"We do change [our] styles a lot. We started wearing flannel shirts and jeans and then that evolved into vintage dresses and now we’re just wearing gold on stage. For this record, we really thought about it, a lot, about having a theme and visuals—all of that was gold. We were inspired by Jack White because the White Stripes were all red, white, and black and then for his solo records he was blue, white, and black. We just thought it was really cool to just focus on one color, even though gold’s not really a color... but it sort of is! The golden backdrop, my keyboard's gold and black, our outfits are all gold, of course. It was a really cool thing that we got to do that."

...on following Kanye's whole, "I get it custom/you a customer" thing:

"We have a couple custom outfits from Miss KK. She’s really talented and made these custom for us. Also, we have a stylish named Elsa Fisher in Stockholm who made us custom outfits. She found this amazing vintage dress, which she changed a little bit to be more my taste. It’s just perfect. She also made these really perfect golden disco pants. Kind of ABBA style. Everywhere we go we have these golden Swedish Hasbeens they made for us. We have these gold loafers as well—we have so much gold now. Every time we walk into a store we ask them if they have any gold. It’s kind of an obsession." 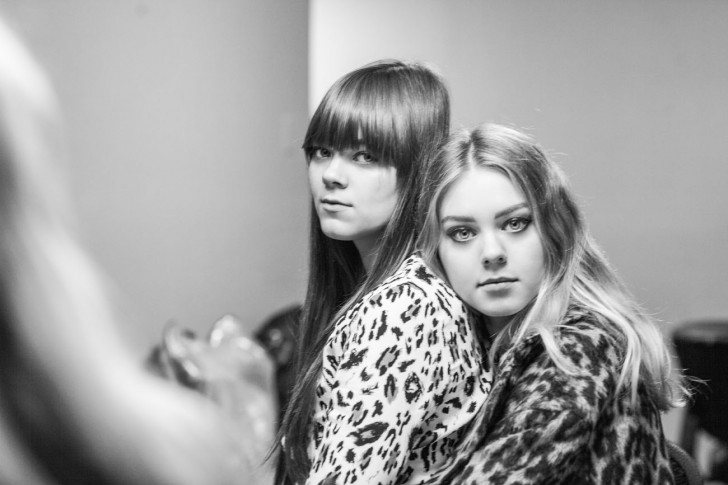 ...on how stage clothes are really just a costume:

"Patti Smith! We love her style. Stevie Nicks, Bat for Lashes. [They're] all great. Getting dressed absolutely helps [us prep for performances]. When you go on stage, it’s a performance, and you have to be in the right mindset. That’s part of the reason we have these costumes, because it’s a ritual. Just putting them on separates who you are from what you’re like off stage."

...on embracing Scandinavian style (but, like, how could they not?):

"Stockholm is a very stylish place. Everyone wears all black, and it’s kind of like you’re walking in a fashion show. It’s not as relaxed as the U.S. People are way more relaxed here in what they’re wearing, you can tell they thought about their outfit, but they’re just not as dressed up. I really like it. It seems like the older I get the more black I wear, as well as more comfortable things. Before I used to wear these ‘60s and ‘70s dresses and now it’s like jeans, t-shirts, black, black. All black. I think I’m getting a lot of wear from these statement dresses I used to wear a couple times a day, I’m trying to be more sustainable and buy quality things I’ll wear my whole life."

"The most expensive thing I ever bought was a vintage Pucci jacket. It wasn’t crazy expensive... well, it was expensive, but I’ve never paid that much money for clothes. Especially this jacket; it was just one of a kind. For touring we try to have really comfortable clothes, sneakers, pajamas, things like that. You want to be as comfortable as possible when you’re always traveling around." 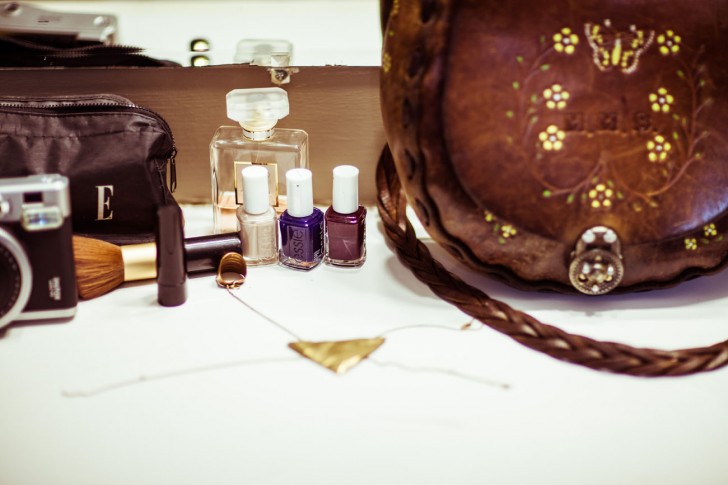 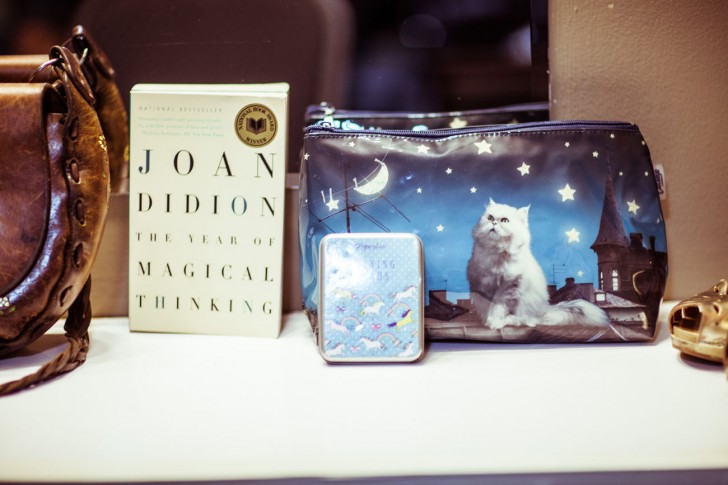 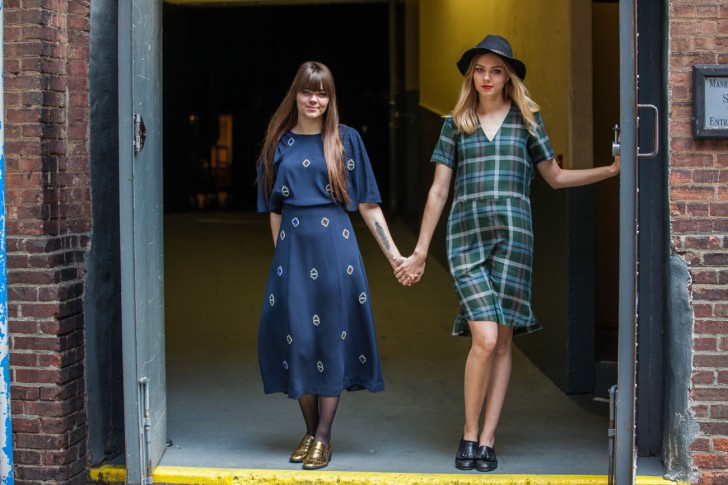 ...on singing the gospel of dry shampoo:

"You always have to have dry shampoo. There’s not always time on tour, so that’s definitely one of them. We don’t wear a lot of makeup, if we’re not on stage, we’ve never been crazy into makeup. We have a lot of hair, but we don’t do much with it. We think it always looks good because we don’t put a lot of product in it. People ask us what shampoo we use, but we change all the time and we usually just walk into Walgreens and buy the cheapest."

"I think as soon as you kind of understand and as soon as you can see things through those eyes, you see everything and you see how the whole world was built on the idea that women are inferior to men. It’s just how the world looks. I think it good that Beyoncé is vocal about [feminism] because it makes her fans go 'oh!' The whole world loves Beyoncé, so that’s good. We’re already more than half way there, but we need to keep talking about it to make people more aware about it. Not wanting to be a feminist, for me, I can't comprehend that. Why wouldn’t you want the same rights as men? It doesn’t make any sense. That’s the thing, people just don’t know and we don't get it—we grew up in a family where we always talked about those things. There are a lot of strong women in the media. We still have a long way to go though. There are lots of females in the music industry, writing their own songs and that’s great." 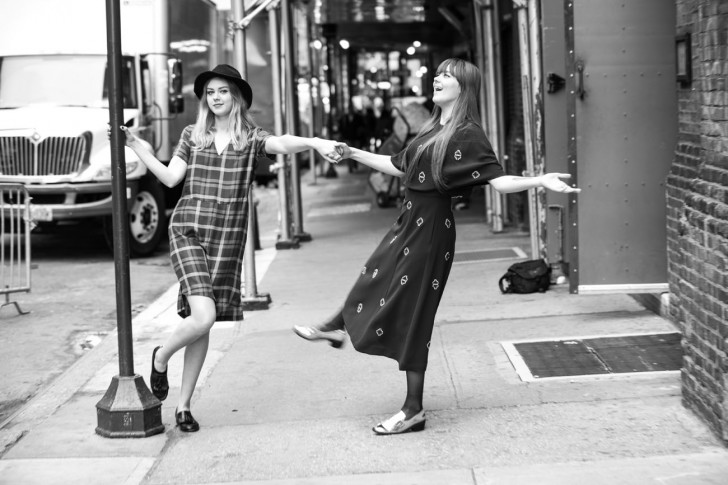 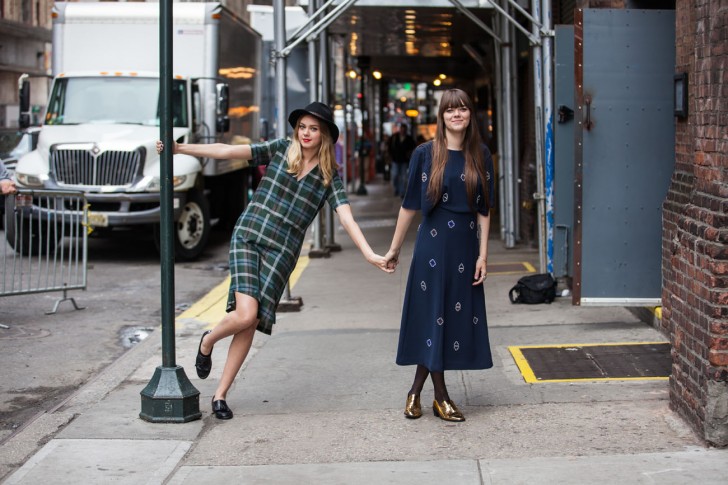 ...on sharing a closet & going on the road as siblings:

"We have always been really good friends and have always played together, wrote songs and sang together. We can get hard on each other—we do! But at the end of the day if you’re with anyone 24/7, you’re going to get into arguments. We always try, when we’re not on tour, to not be together in order to have some of our own space. We steal each others stuff all the time. We used to share a wardrobe when we lived together, but we kind of fight over who gets to wear what, but we still borrow each others clothes."

...on the real best part of touring—the shopping:

"[On this tour], We went to North Carolina, it’s a lovely city, lots of hippies. We’re in Nashville right now, we played at the Ryman Auditorium last night, which is huge for us. We’re big country fans so it’s really cool for us just to see the city. We’re going to the Country Music Hall of Fame tomorrow, the Johnny Cash museum. We’re looking forward to going to Austin because we’ve heard the [vintage] stores there are better. We have already gone shopping so much. [Our best find so far was when] we went to & Other Stories. It’s actually a Swedish store, but they just opened on Broadway. We bought a leopard coat, a leopard dress, this zebra print blouse, a bunch of funky stuff. We basically have a new wardrobe now." 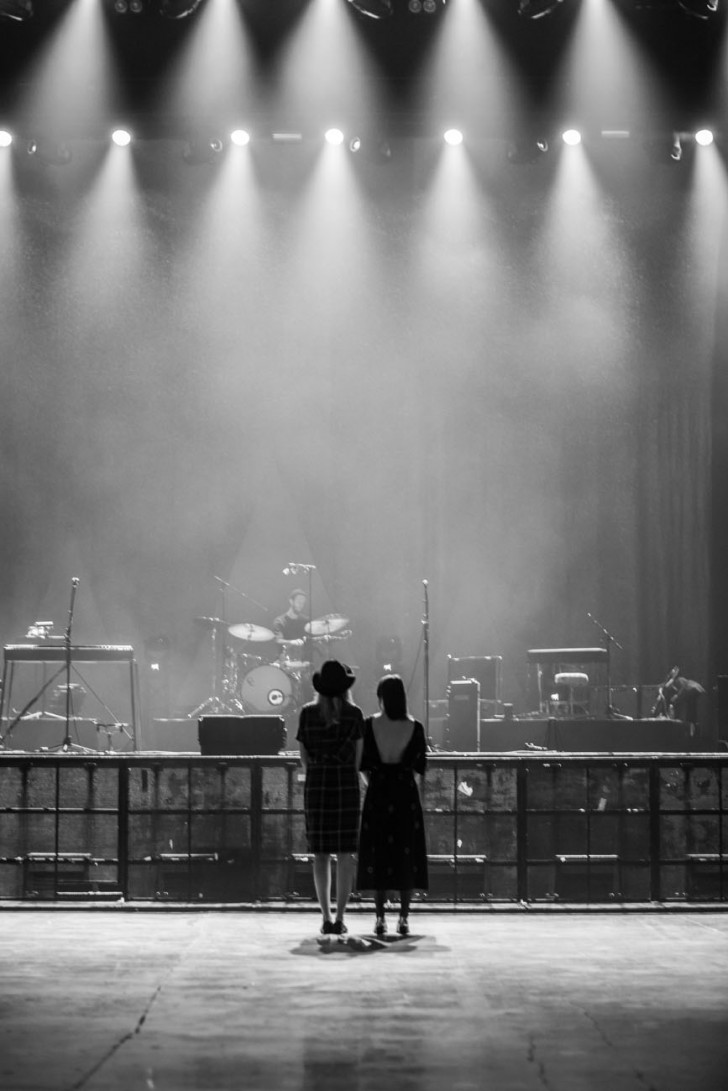