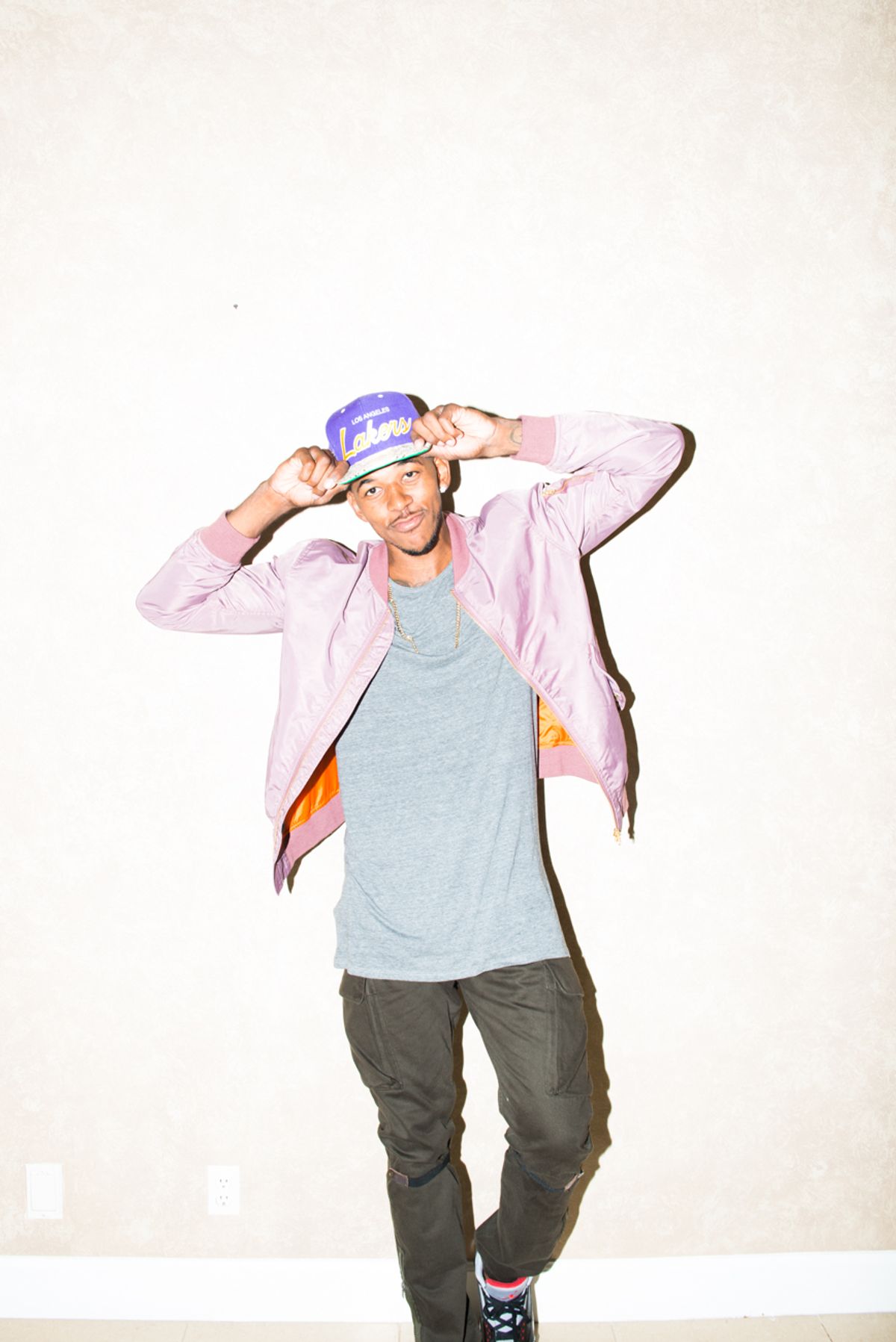 Emily Ramshaw
Emily Ramshaw
Guys: it’s game day. Okay, so maybe that’s not a phrase you’d ever expect to see written on The Coveteur's pages, but don’t be fooled—just because we have a thing for Yoox sales and Charlotte Tilbury’s beauty secrets, doesn’t mean we don’t enjoy a good game (like Jen Meyer, we prefer our seats courtside) and some healthy competition. And when players share our appreciation for Saint Laurent and Dries Van Noten, well, all the better. So, yeah, we’re excited about seeing the L.A. Lakers’ first ball drop against Houston tonight—but our favorite player, if only because he knows good Balenciaga when he sees it, will be on the bench because of a torn thumb ligament (only in basketball). Yeah, we’re talking about Nick Young, a.k.a. Swaggy P, a.k.a. one of the NBA’s best dressed. But despite our enthusiasm for Swaggy’s style, which we’ve been following for quite some time over Instagram—but, like, who hasn’t?—we weren’t quite sure what to expect upon arrival at his Sherman Oaks home. Let’s just say that what we found was something like a cross between an episode of Entourage (gang of pool-playing friends? Check. Enough toys to keep one occupied all day long? Check.) and a shoe emporium (more on that later). But Young, all smiles always, ushered us inside, introducing us to the puppy he shares with girlfriend Iggy Azalea (maybe you’ve seen their new Forever 21 campaign? Thought so.), a wriggly bulldog appropriately named Jelli, before taking us upstairs so that we could take inventory of exactly what we were dealing with in the way of wardrobe. And okay, nicknames don’t lie; because Young’s closet, it’s pretty, ahem, swag. He had his fair share of sports paraphernalia and jerseys (how could he not?), but his track jackets were of the 3.1 Phillip Lim variety and his gym bag was Louis Vuitton. After the shooting guard selected his outfit of choice (all Saint Laurent everything, from his leather jacket to his shoes), we went a little crazy with his footwear wardrobe, as we’re wont to do. And if we’re being honest, we’re pretty sure we’ve never seen so many sneakers in one place, from studded suede Christian Louboutins and white-washed Maison Martin Margielas to Riccardo Tisci’s Nikes and a pair of Vans fitted with roller-skating wheels (which, it turns out, he actually wears on the basketball court). And then there are his golden Saint Laurent boots and custom leather jersey emblazoned with ‘SP’—TBH, his is totally one team we can get behind.
Closet