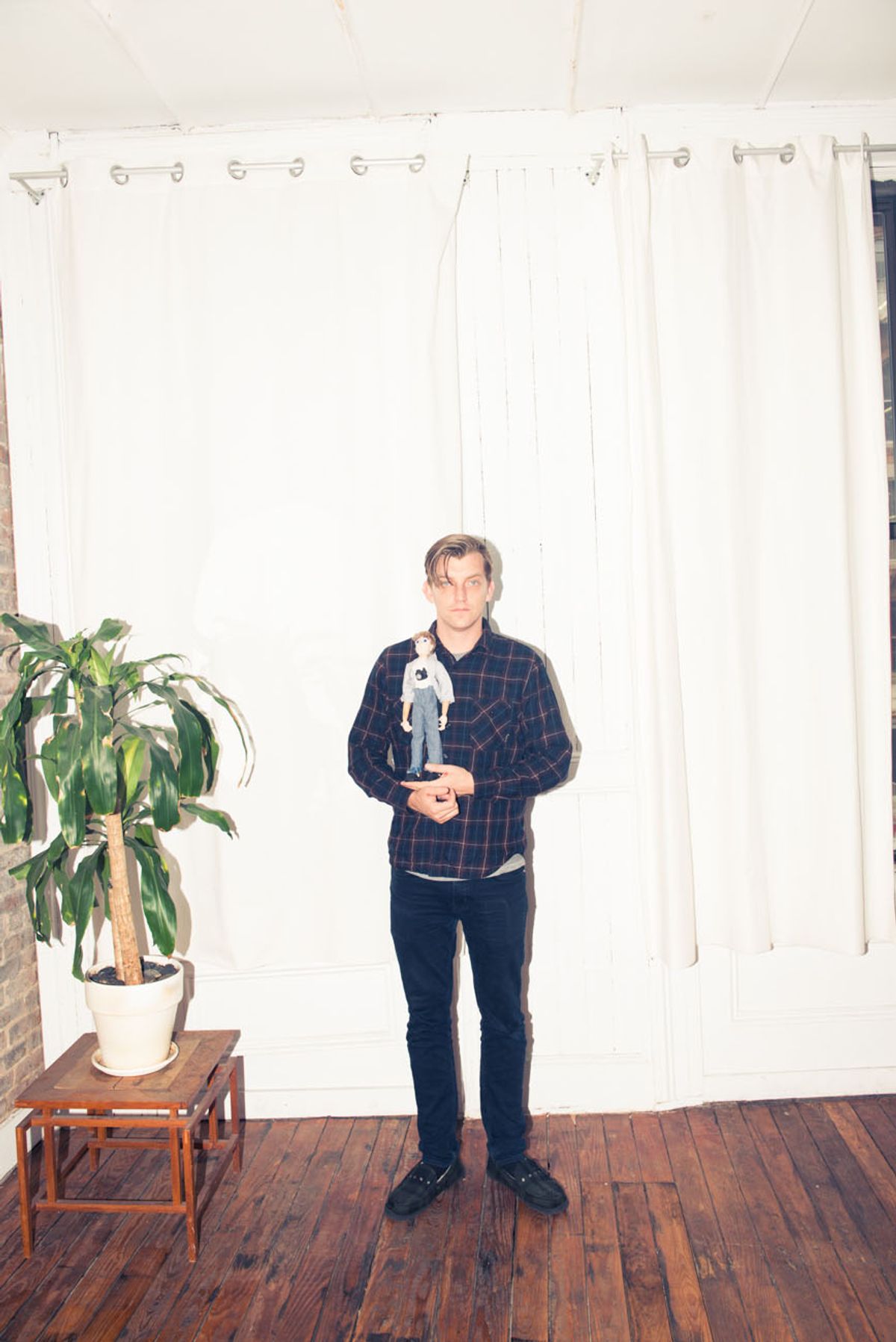 Emily Ramshaw
Stephanie Mark
Chances are, if you’ve ever casually scrolled through your Tumblr dashboard or gotten lost on the Explore tab on Instagram (so, that’s everyone, right?), you’ve come across the photography of Tim Barber. And okay, maybe you didn’t even know it—but those somewhat detached-albeit-completely real, intimate, gritty and grainy shots of Ali Michael for Oyster, Chloe Norgaard for Nasty Gal and Pharrell Williams for Bullett? Yeah, those ones with 10,000+ reblogs. Those are Tim Barber’s. Those and the pastoral pictures of out of focus foliage, the random Instagrams of a mop on a downtown sidewalk—pretty much everything you’d randomly see on your walk to work, that somehow, through Barber’s lens, is suddenly rendered striking. Suffice it to say we were curious. We mean, this is a man who’s assisted Ryan McGinley (which for the fangirl in us is kind of enough), but also worked as a photo editor for Vice before launching his own online platform to promote the work of up-and-coming photographers and artists. (And really, who doesn’t love a team player?) Tiny Vices (you’ve heard of it, right?), has since evolved into Time & Space—give it a scroll.“I wanted to build something new, where all the artists involved could update their own work and share what they were interested in,” explained Barber. “Almost like a new expanded, inclusive curatorial experiment. I like building my own spaces and not relying on existing social media platforms. I kinda hate it that we all use Facebook all the time, and I wanted to make my own social network that was more focused on creativity and generosity." Into it? And okay, so Barber’s Chinatown loft (which, we’ll be honest, pretty much epitomized downtown artist living, exposed brick, beams and all) wasn’t stuffed full of our usual designer obsessions, but it definitely boasted its fair share of collectibles. Try a sneaker collection that anyone jumping on the #normcore bandwagon would go green with envy over, enough photography and art tomes to stock his own bookstore, a myriad of toys and tchotchkes and so many chambray shirts we had to ask about a lurking Canadian background. As it turns out, Barber went to photography school in our homeland. From Vancouver to a downtown Manhattan loft—so, like, where did we go wrong?
Closet