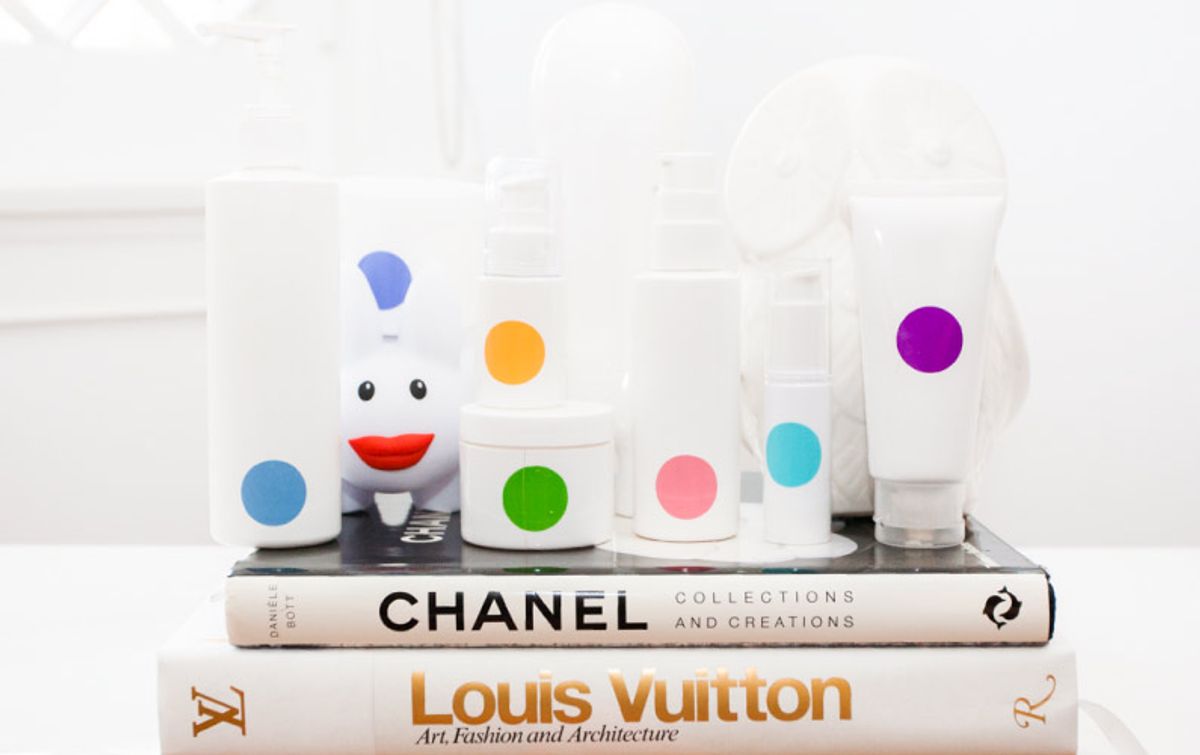 The Skincare Routine That Will Change Your Life

Blame it on the residual effects of the 1-2-3 step regimes of the late '90s and early aughts, but we kind of resent being told what to do, and in what order, when it comes to our skincare. You know: those explicitly numbered bottles? We're not naming any names (really, we're not); but you get the idea. And so when we came across the Somme Institute's five-step, color-coded routine we were admittedly skeptical, if not a little, "ugh, as if!" about the whole thing. And we seriously doubt we're alone in thinking the whole use-this-entire-plethora-of-products things is a ploy to get us to plonk down our pennies. But that's where, to embrace the kind of infomercial-y beauty marketing speak we just bashed moments earlier, we were wrong.

Buy Now
Buy Now
Buy Now
Since the late '90s (a.k.a. when some of you were mere tots n' tykes), lead researcher Simon Erani and his team have been developing the line's patented MDT5™ technology—that's Molecular Dispersion Technology 5, just FYI—and tracking its results via Ultra Violet photography of its test subjects. Over time, the team has discovered that while those other potions and lotions may make your mug look better temporarily, Somme's MDT5™ technology penetrates your skin for both gradual and instant gratification that lasts. As Erani explained to us over the phone to us from his New York office, MDT5's vitamins (A, C, E, B3, B5) won't just sit, uselessly, on top of your skin, which, in our minds, means hundreds, and in the long term, thousands of dollars washed down the drain, literally. And while Erani was quick to clarify that while in no way was this the consumer's fault, he wasn't shy about calling into question the 'clinical trials' touted by other big skincare brands... but we'll get to that, um, another time. The emphasis on vitamins and generally just being good to your skin also means that Erani has patients of all ages, spanning from Beliebers to octogenarians, all on one regime.
Buy Now
Buy Now
Buy Now
As much as it pains us to sound all shill-y here, there must just be something to this whole regime thing. While we did admittedly sneak in doses of our usual oil cleanser, as well as a few sessions with our Clarisonic (which Erani actually approves of, when used in moderation) and may have thrown a few different masks into the mix here and there, we do have to confess that otherwise, we're complete converts. The real stars of the system, Transport, Serum, and A-Bomb (which faintly smells like banana pudding, in case you were wondering), have become our nightly go-tos—should you too feel cynical, we urge you to at the very least give these a try. The AHA-infused Transport gently exfoliates, unclogs pores and gradually undoes discolouration all in one swipe, while the double dose of Serum and A-Bomb left us feeling deeply hydrated—bouncy, even. And, after a few weeks or so, we began to notice a real, marked difference—those light red marks left behind by impatient zit-picking had faded, our skin tone was actually even, and our complexion had simply, for lack of a better word, chilled considerably. What can we say? We're crossing back over to the throughly regimented side.
More From the series Skin