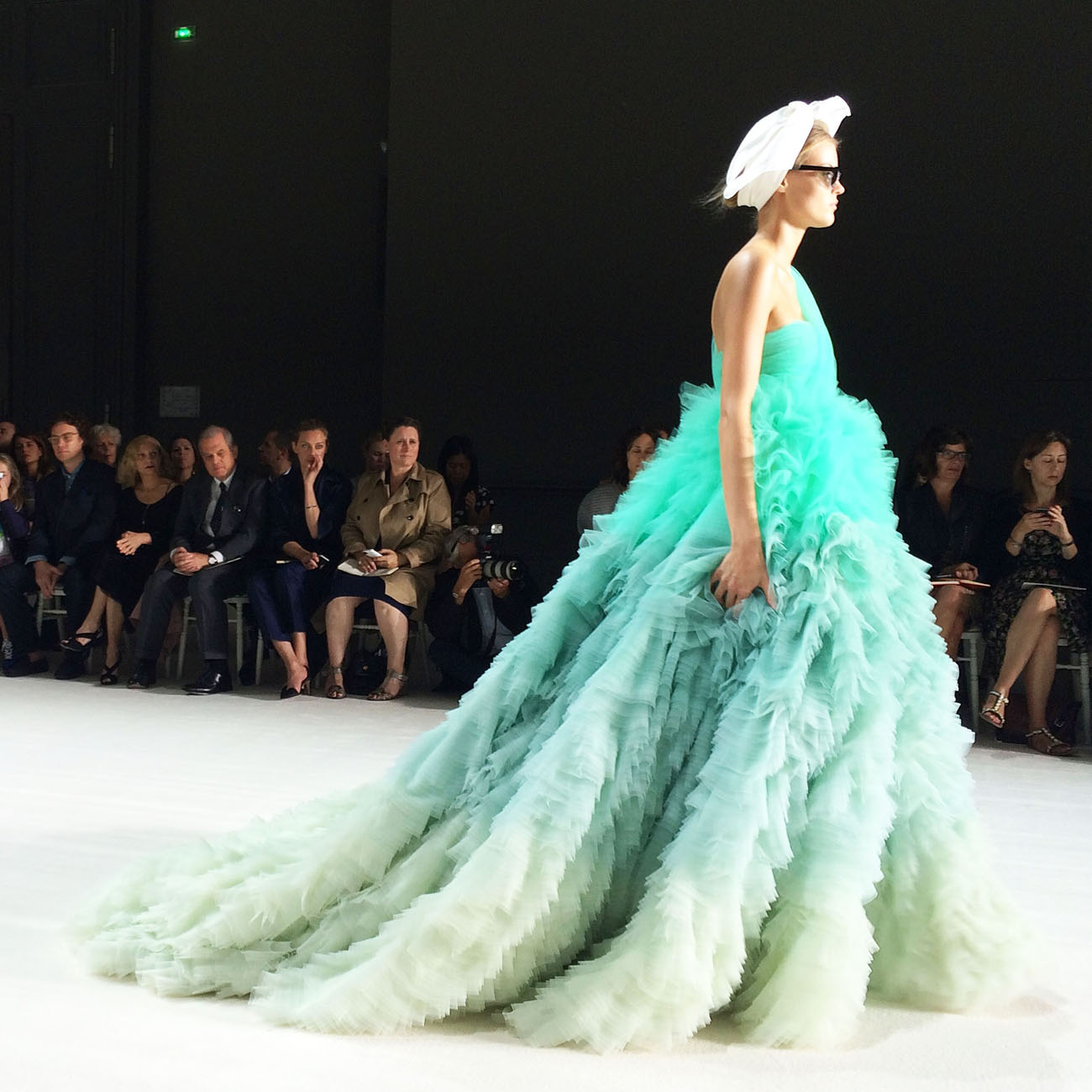 From hitting the Bulgari party in Balmain to hanging with Jared Leto in Giambattista Valli couture. NBD! 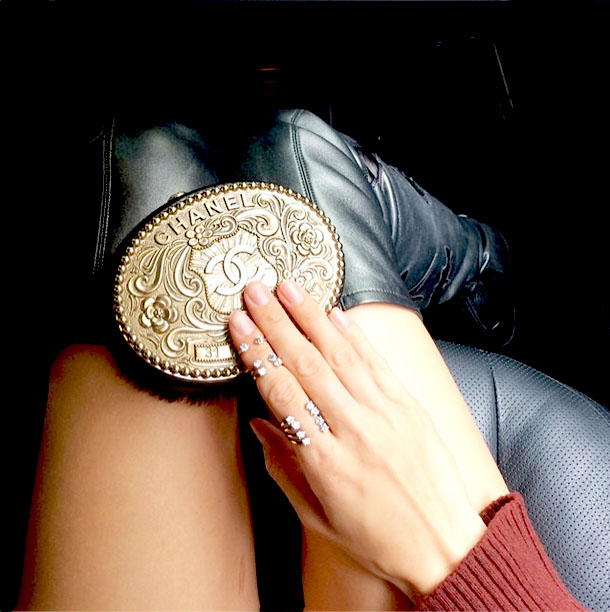 When it comes to fashion week, there are always a few infallible things we know we can depend on like clockwork: stolen front row seats, outrageous Uber rates, wink-wink-nudge-nudge accessories from CHANEL, major Instagram-induced FOMO. Especially when the fashion week in question is couture and your feed feels like it's being swallowed up by the entire Kardashi-klan pouting alongside Olivier Rousteing et co. But nothing quite compares to when your laundry list of fashion week expectancies include an entire fleet of street-style photographers shadowing your every move, and some kajillion (okay, five hundred-thousand) Instagram followers following along from home. In short? You. better. bring. it. 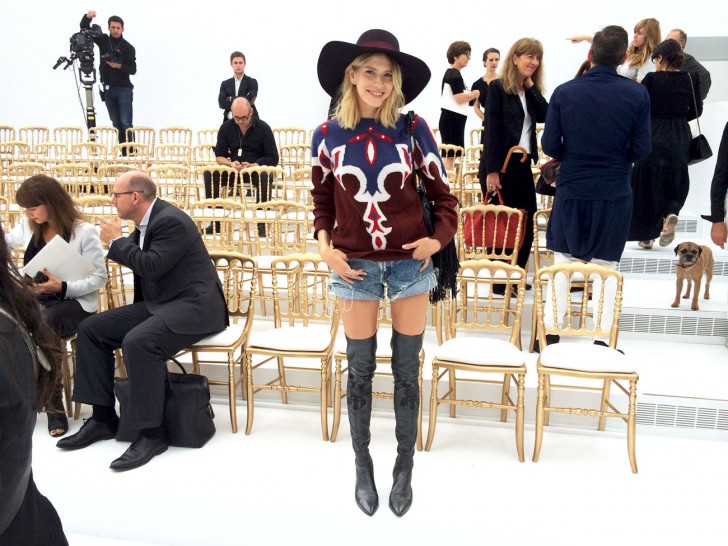 Case in point? Lena Perminova, the Russian street style star and Cov-alum who did just that this past couture week, all while documenting the entire thing for us via daily email updates. In case you're not one of Perminova's aforementioned half a million (and counting) followers (in which case, we highly suggest you get on that, stat.), allow us to fill you in. As the Siberian-born bestie of Miroslava Duma, Nasiba Adilova and Vika Gazinskaya, Perminova is a master of many things: the artfully-tousled blonde bob, the perfect dewy, alabaster complexion, and pulling off virtually everything from Crayola-colored fur to completely sheer floor-length gowns and Marni chokers that swallow her neck whole. You see why we're kinda infatuated, right? 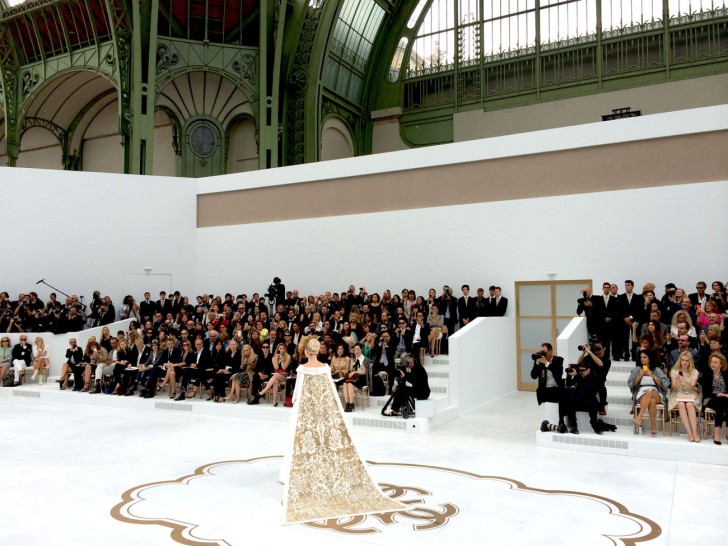 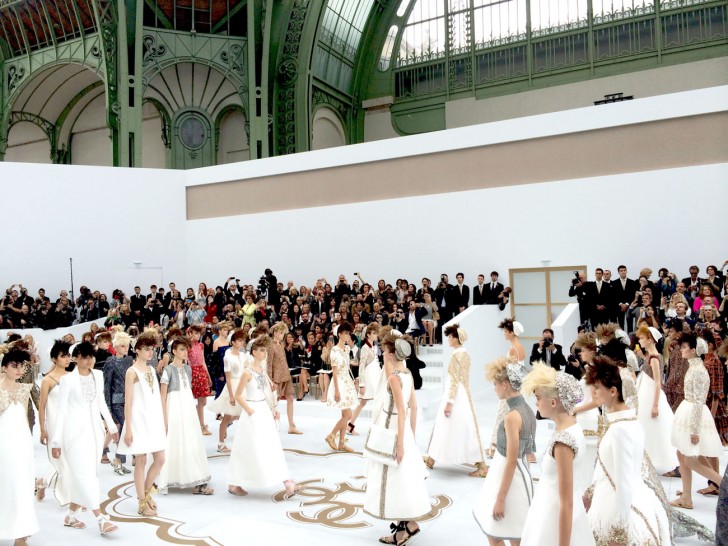 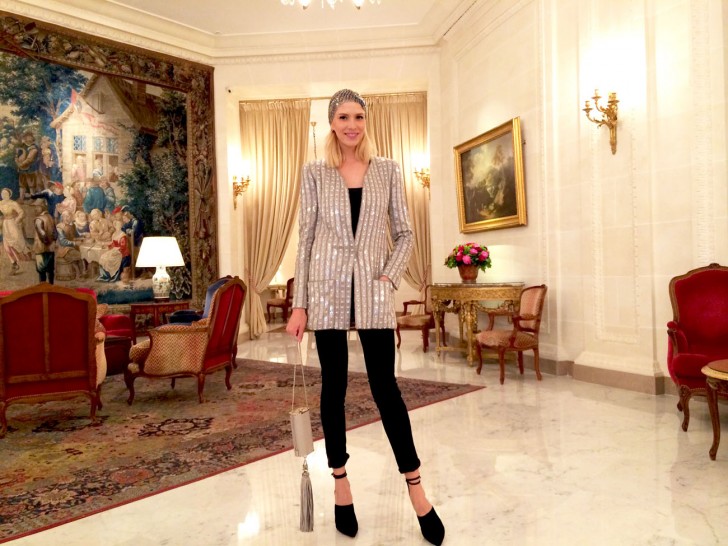 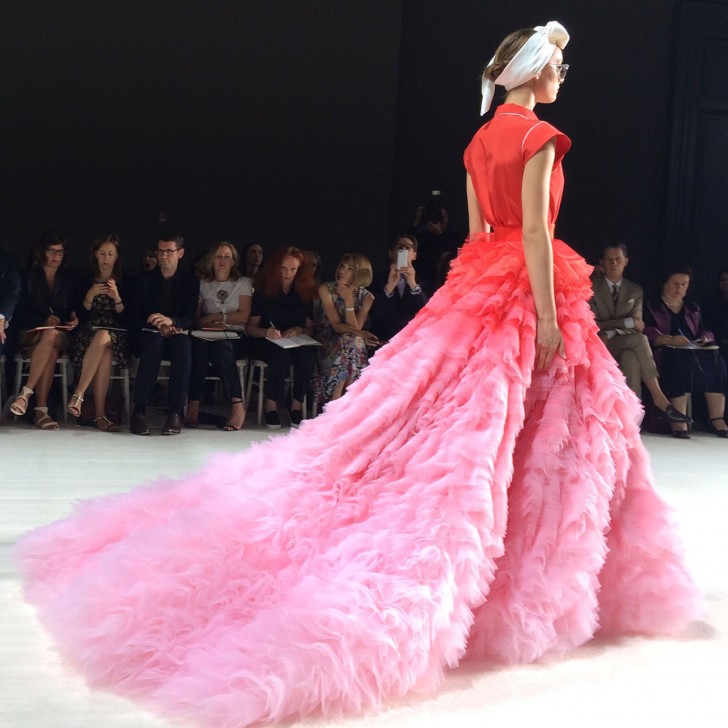 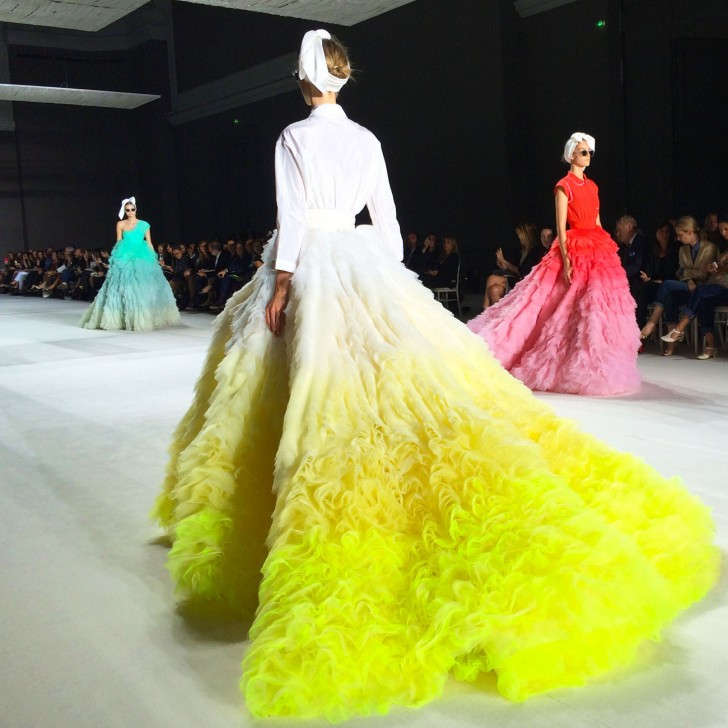 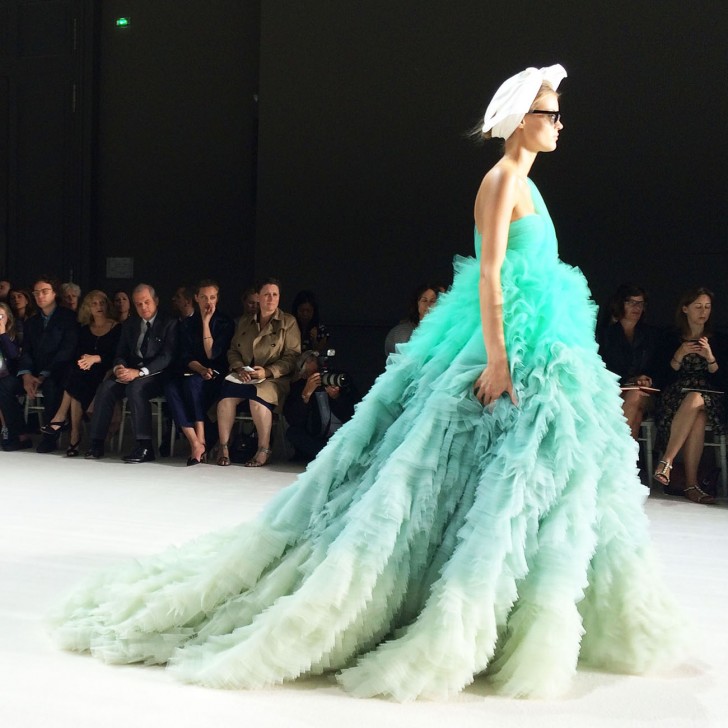 With that in description in mind, you can likely imagine how Perminova's daily Instagram updates and photo-filled emails left our double-tapping and scrolling thumbs especially sore. Day One saw a Donna Haraway-approved (or at least we'd like to imagine) robotic fit-and-flare Dior dress worn to—you guessed it—the Dior show. Then, a little mint-green-mini with a jeweled neckline to take in the cotton candy-inflected Giambattista Valli—oh, and to don while snapping selfies with Jared Leto at the Gianvito Rossi party. Tuesday's CHANEL show saw an all head-to-toe-Dallas-everything ensemble worn to the house's punky turn at the Grand Palais, save for a H&M hat (bien sûr) and a fistful of glittery Delfina Delettrez rings. A stop at the Bulgari party over on the Rue d’Artois called for (we mean, what else?) a little leggy Balmain with a kicky feathered skirt. Her final day (and night, because do you really expect the kind girl who you can spot in custom couture before noon not to change things up once the sun goes down?) was clad in nothing other than a little paisley and lace Burberry (we meant it when we said girl isn't afraid of all things sheer and show-y) with a Moynat bag. Et pour ce soir? Another Balmain number, this time, an insanely intricately embroidered gown—because if not at couture week, when? 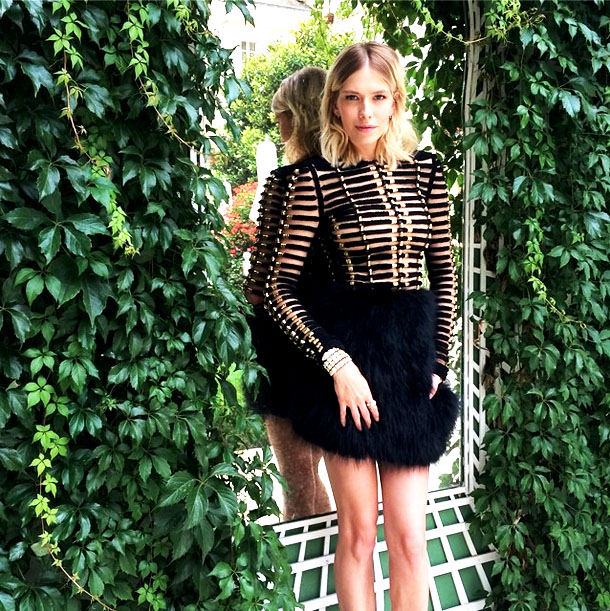 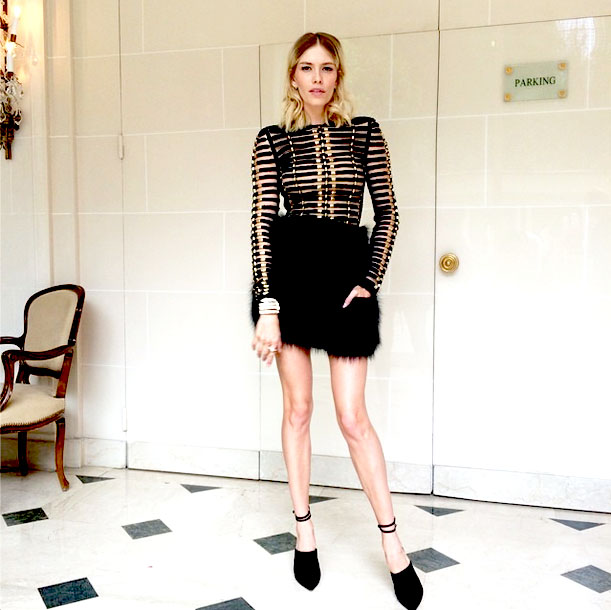 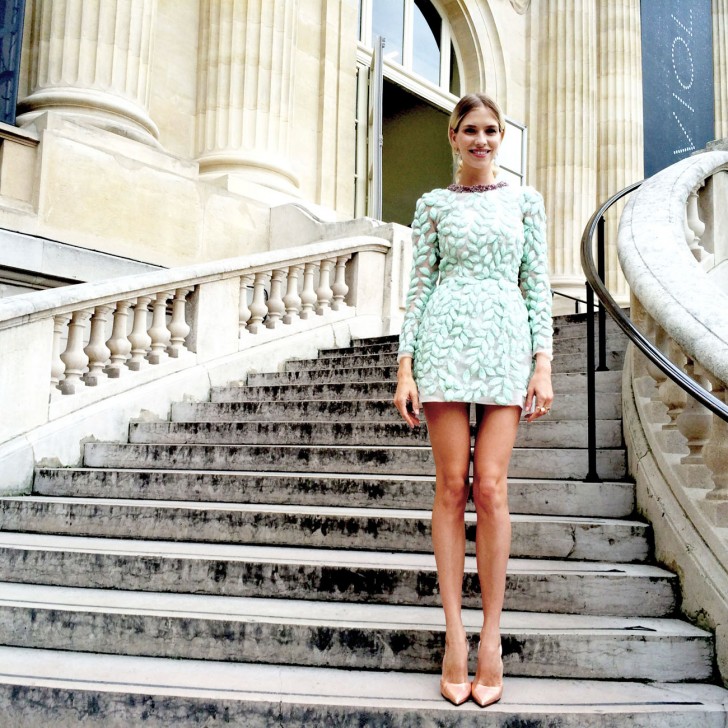 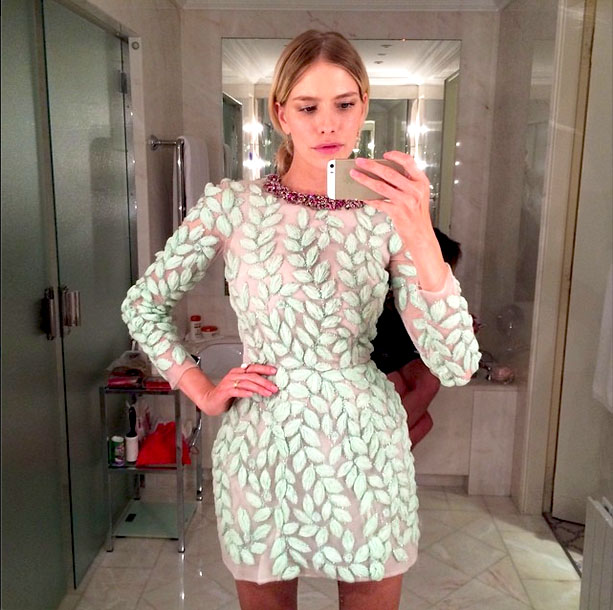 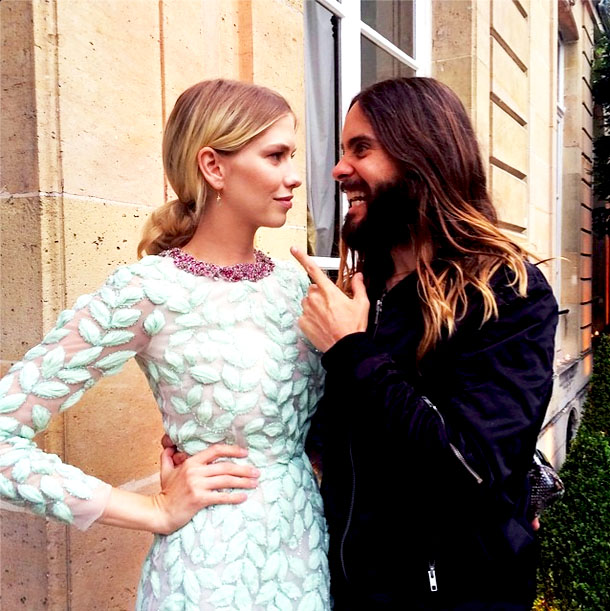 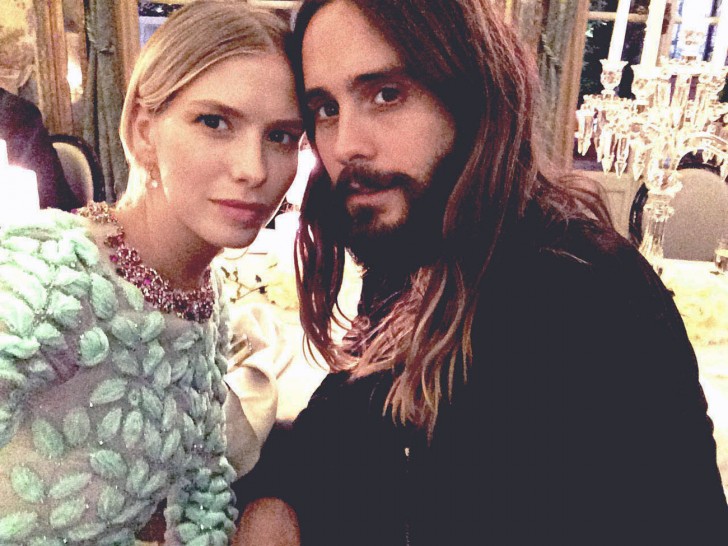 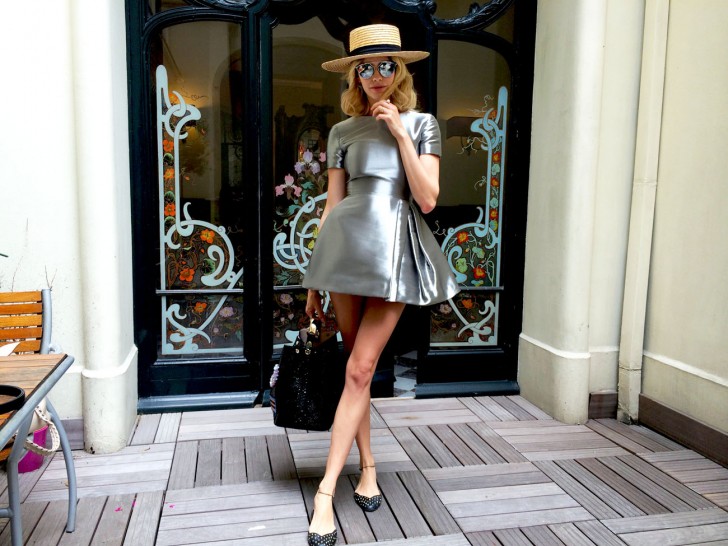 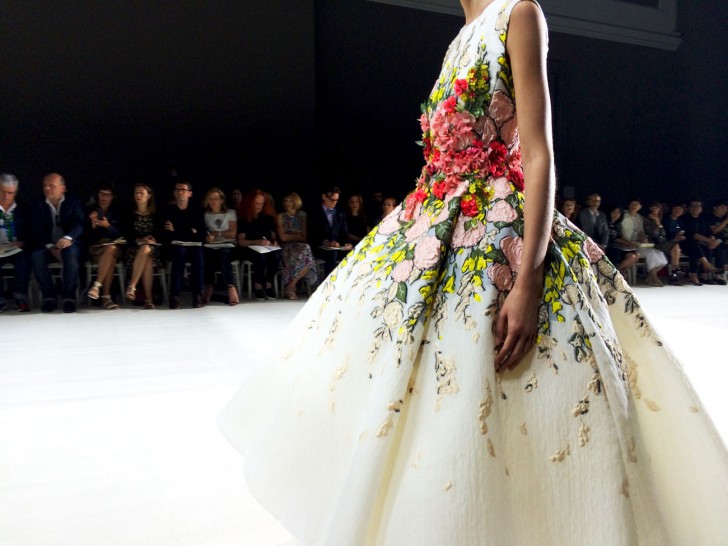 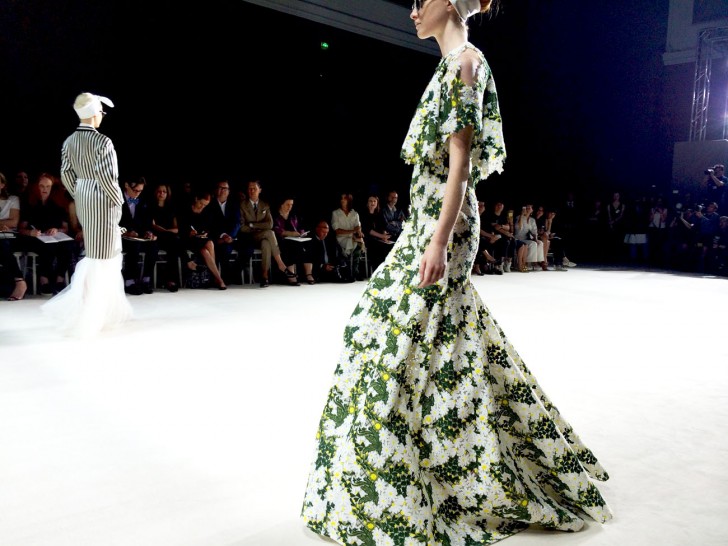 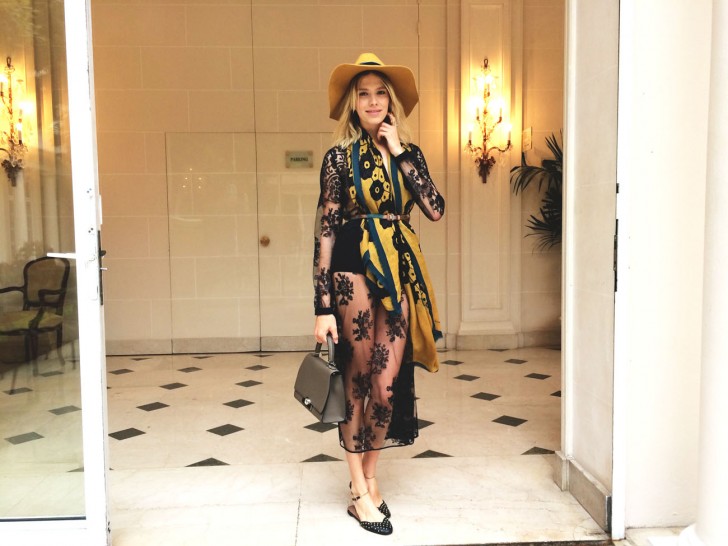