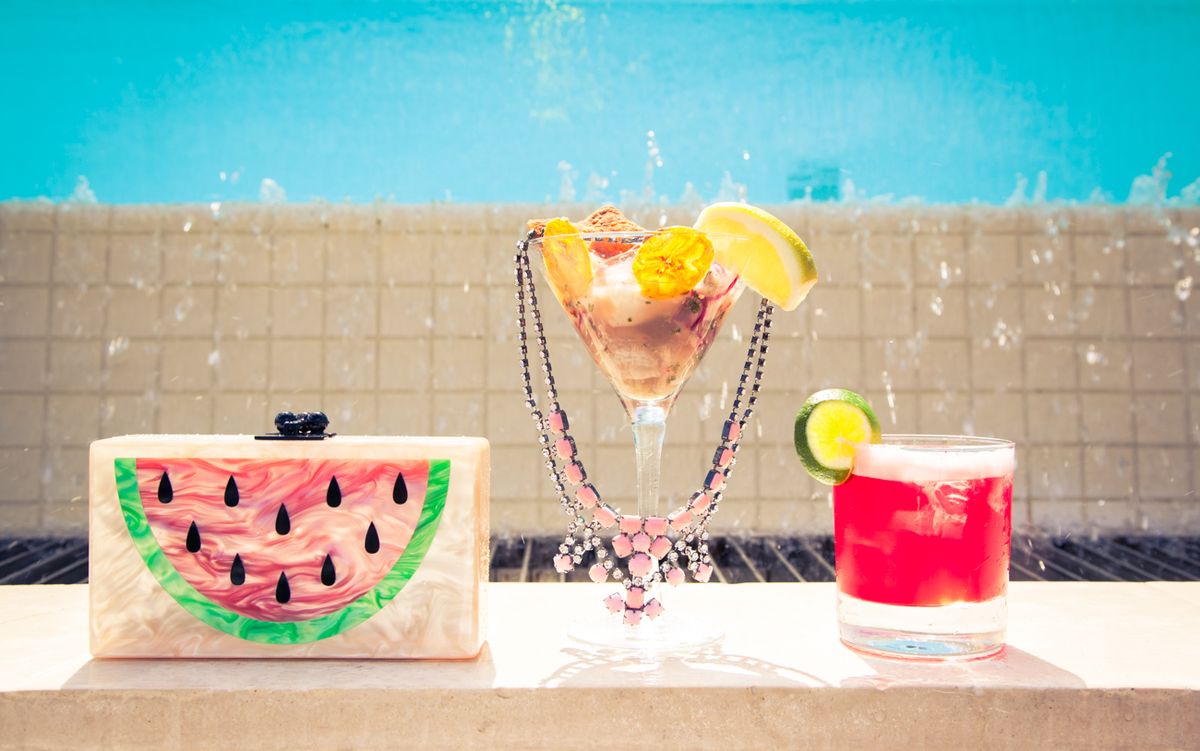 Katie Boyle
We totally hear you. We're aware that after spending much of the Fourth of July weekend, ahem, recovering from the holiday's namesake day, and having returned to work with the makings of a sunburn and your fair share of especially regrettable stories to tell, the last thing you want to hear about is poolside cocktail recipes and lucite clutches. Especially when what you're really in need of is a week away at Miraval or a similarly spend-y spa retreat. Or at the very least, a day of watching Netflix and eating Thai takeout. Sigh.
That said, the day will come where you're ready to face the second half of summer (ahem, like when we fast forward four days from now and you're drowning yourself in after-work tequila shots. Kidding! #adulthood). We're willing to bet that on said day you'll thank us for recently taking over the rooftop at The Thompson Hotel Toronto where (avec head bartender Brad Gubbins), when we weren't busy soaking up the sun as a precursor to the weekend, we were testing their new summer cocktail menu (for scientific purposes, of course).
Buy Now
Buy Now
Buy Now
Buy Now
And, yes, there may have been blow-up pool animals involved, as well as a whole lot of Edie Parker, Proenza Schouler, Sophia Webster and Shourouk—because what goes better with adult beverages, Spring Breakers-worthy ephemera and, uh, water in extremely close proximity than expensive accessories? Follow along with the recipes below for your own Instagram-worthy afternoon—even if you're only dipping your toes in the kiddie pool.
Buy Now
Buy Now
Buy Now
Buy Now
More From the series Fashion