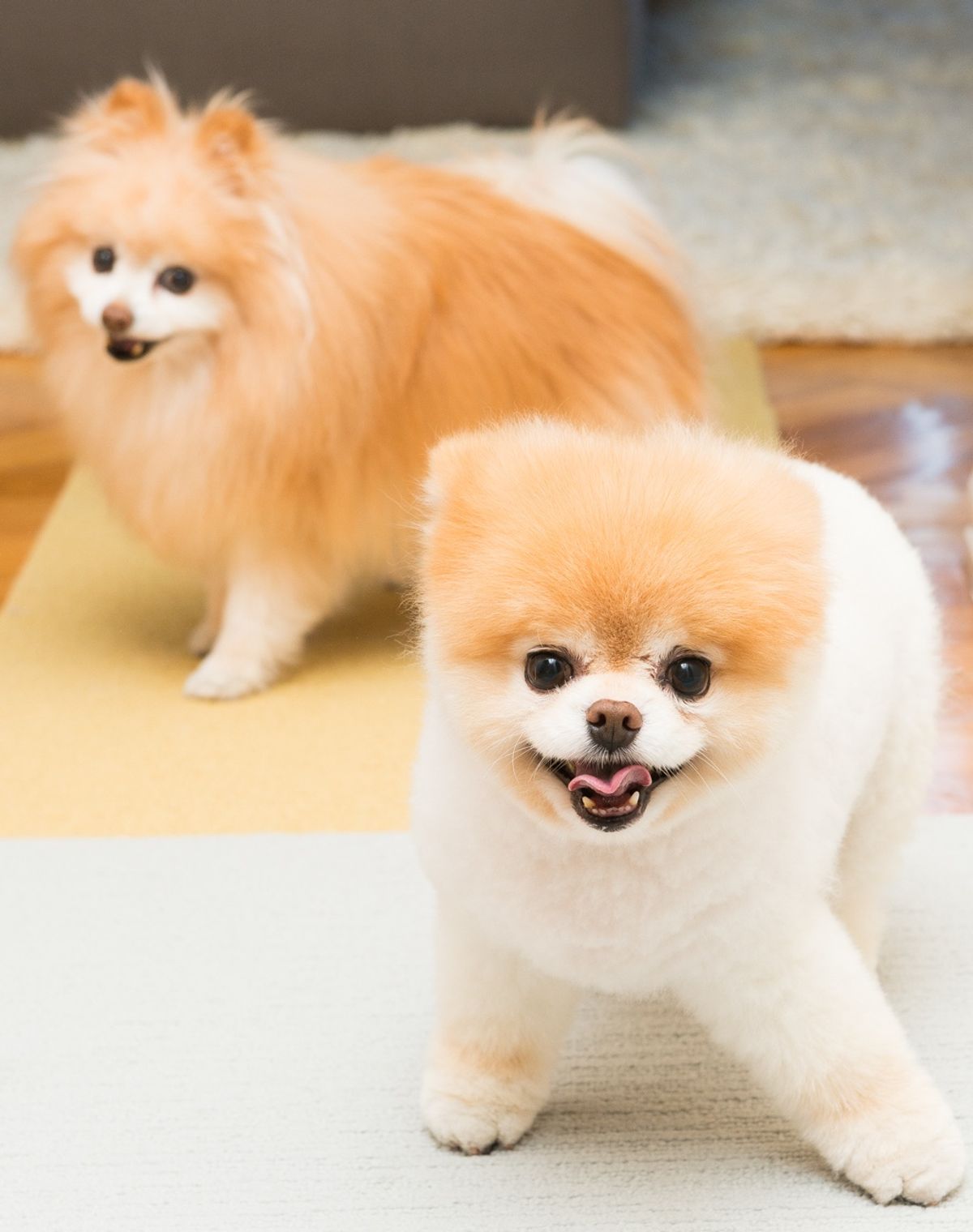 Naomi Nachmani
Chances are that if you have a working Internet connection, half a heart and have scrolled through Buzzfeed even, like, once; you're more than familiar with these furry faces. While we may have given an, ahem, inanimate Boo the TC treatment by way of one stuffed animal and a cornucopia of CHANEL, Céline and Christian Louboutin; we were completely taken aback when a Facebook message came our way from the real thing soon after. We won't lie—we may have in fact had a small meltdown (though we were admittedly unsure of how they'd managed to type a message in the first place). Fast forward a few months later, when we found ourselves on a flight out of LAX to San Francisco with the purpose of, aside from taking in the Golden Gate and Haight-Ashbury, spending a sunny afternoon with a pair of universally-loved Pomeranians. Yeah, we had to do a bit of a double take when, upon our arrival, the two immaculately-groomed dogs came bounding out and eagerly waited at the doorstep to greet us alongside their 'Human' (translation: owner). In between plenty of petting (we won't lie: there was also as much squealing and selfies as you'd likely surmise) we received a full-scale crash course on everything from Boo and Buddy's style icons ("Kate Moss and Zooey Deschanel") to their beauty routine ("lots of sleep is key—I would recommend 16-18 hours/day"), to their famous fans ("Khloe Kardashian, Alicia Keys, and Anderson Cooper"). We also learned that the haircut that made Boo a sensation was actually an accident (more on that later), the Cutest Dog in the World actually eyes Buddy's on the regular. "I’ve always admired Buddy for taking his natural assets and making the most of them. He always looks chic and makes it look so easy."
Closet

Naomi Nachmani
Part of the series: