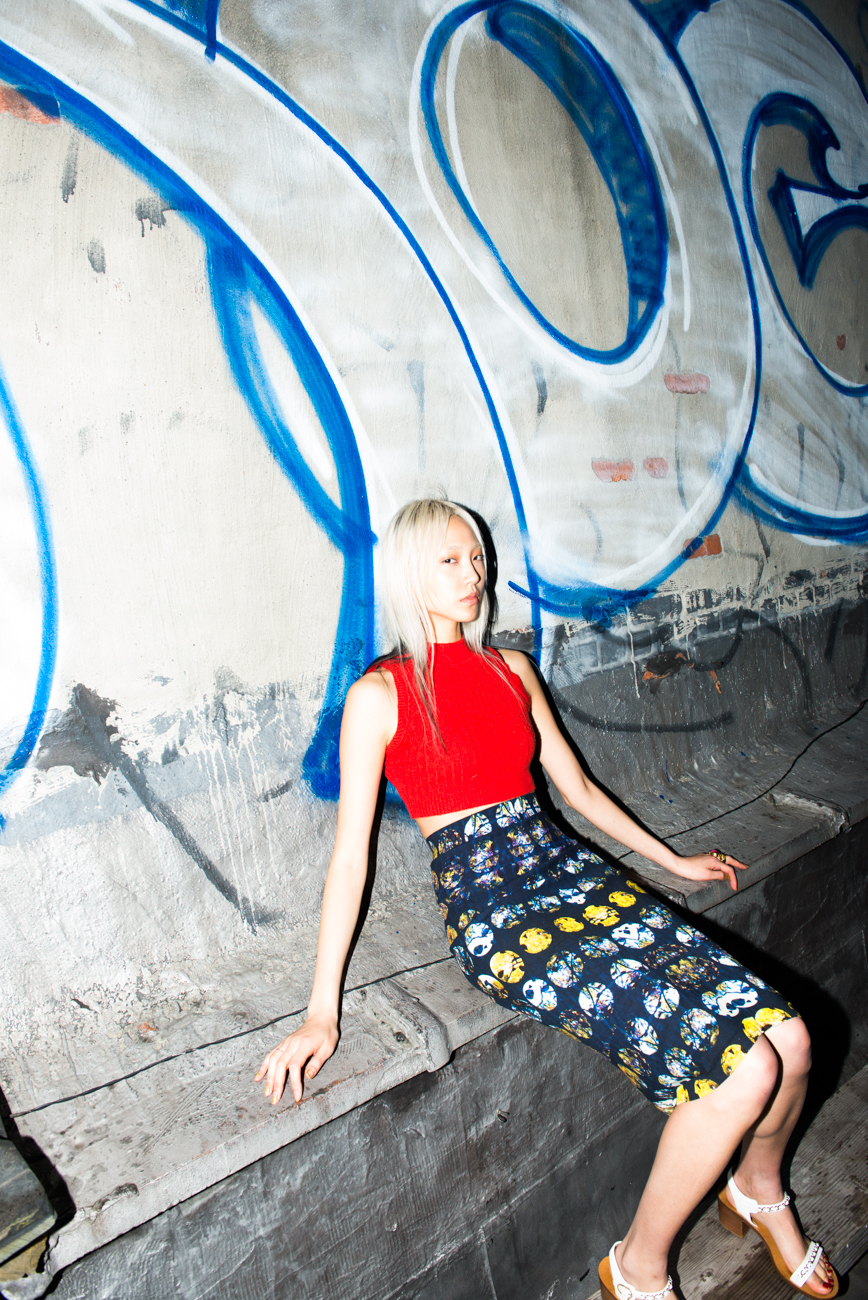 "A few seasons ago, a peroxide Korean model came on to the scene and we where all slightly obsessed with her," LURVE Magazine's Lyna V. Ahanda told us. "Soo Joo Park walked the CHANEL couture show, graced the cover of Wonderland and LURVE magazine, is said to be Carine Roitfield little 'protégée' and Tom Ford loves her. After following her career closely, we finally met a couple months after that in Paris at the Carine Roitfield ball and she looked stunning in a vintage Alaïa dress and Pristine jewelry earrings to finish the look. With a name that means 'precious gem' in Chinese, it's no wonder that Park is far from the average model girl. She is funny, brilliant and has a unique fashion sense. Oh, and she was scouted at 21 in a thrift store!"

Park put herself on the fashion GPS radar with her runway and campaign work (read: CHANEL and Tom Ford) and her streetstyle sensability that had us all woah-who-is-that-rad-chick. It hard to miss that bleached out, dark rooted hair and those barely-there-bleached brows, though. Park (or @soojmooj, as we like to kindly call her) is that girl that everyone wants to dress like, but no one can quite pull it off like she can. (Sorry, guys; but it's kinda the whole truth and nothing but the truth.)

When we popped by her Chinatown pad, we were capitavted by her striking looks (how can you not?) and crazy Coveteur'ing capabilities. She'd gone ahead and given herself the Coveteur treatment, styling little vignettes of jewlery, beauty products, shoes and bags all around her pad. She spilled out a slew of snacks -- Smartfood popcorn, Coconut water, et al. -- and we chatted a bit about Karl before diving Jeremy Scott first into her closet. We'll let you do digging around, though. But, please; look, don't touch. 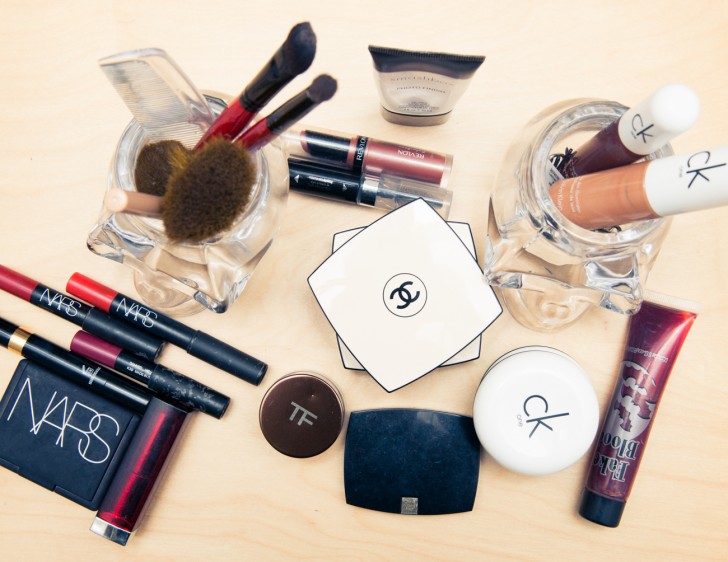 "[The last thing I googled was] the Beyoncé... Read More 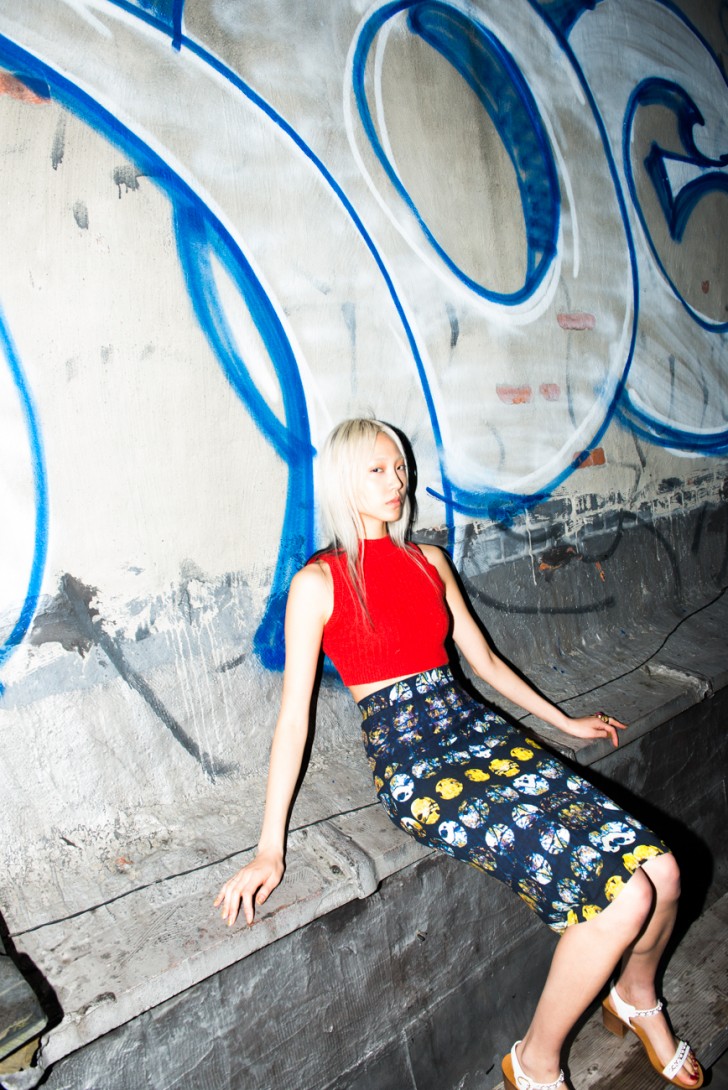 “I love working with Tom [Ford] because we carry short... Read More 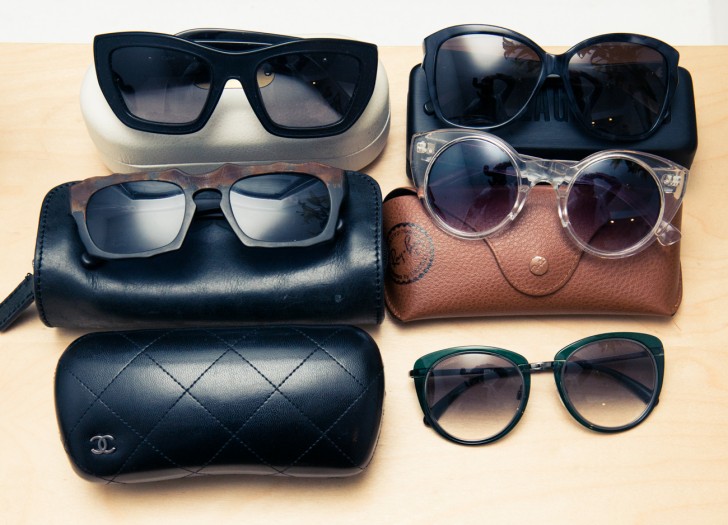 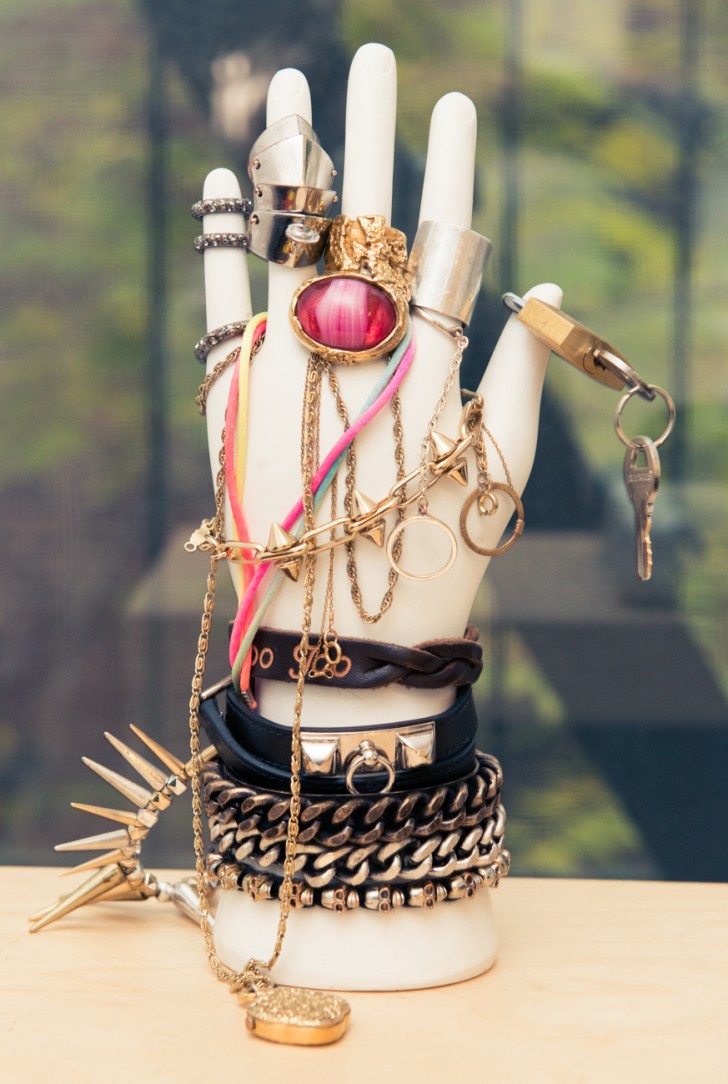 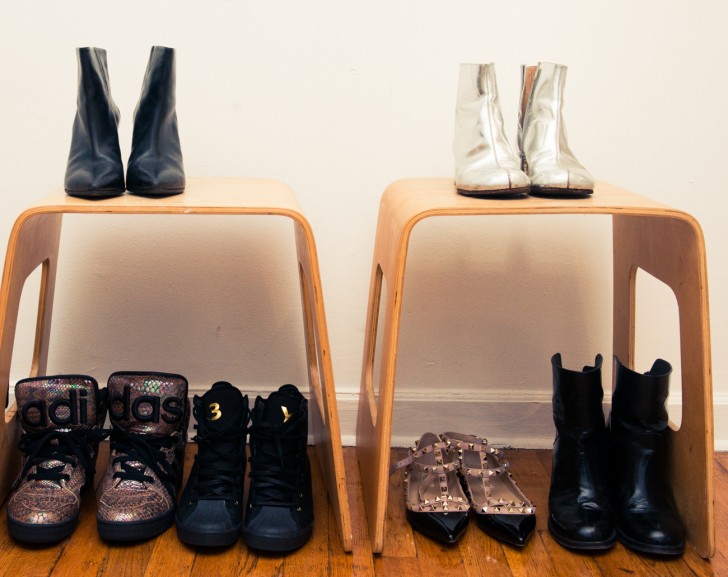 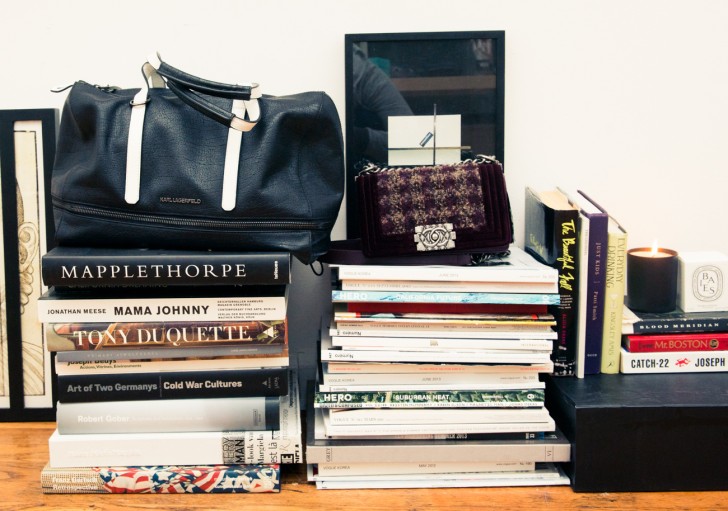 “I was scouted by an agent while shopping in a... Read More 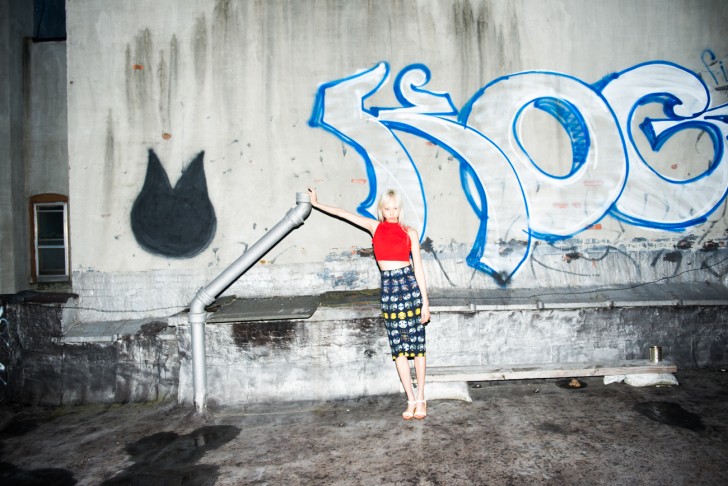 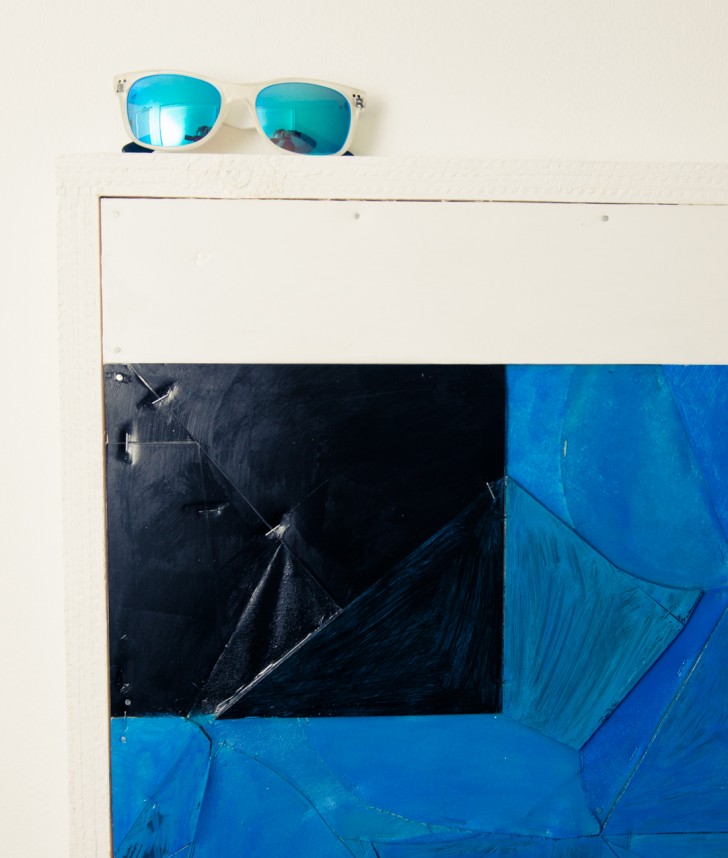 “Paris [is my favorite city for fashion week] because it... Read More 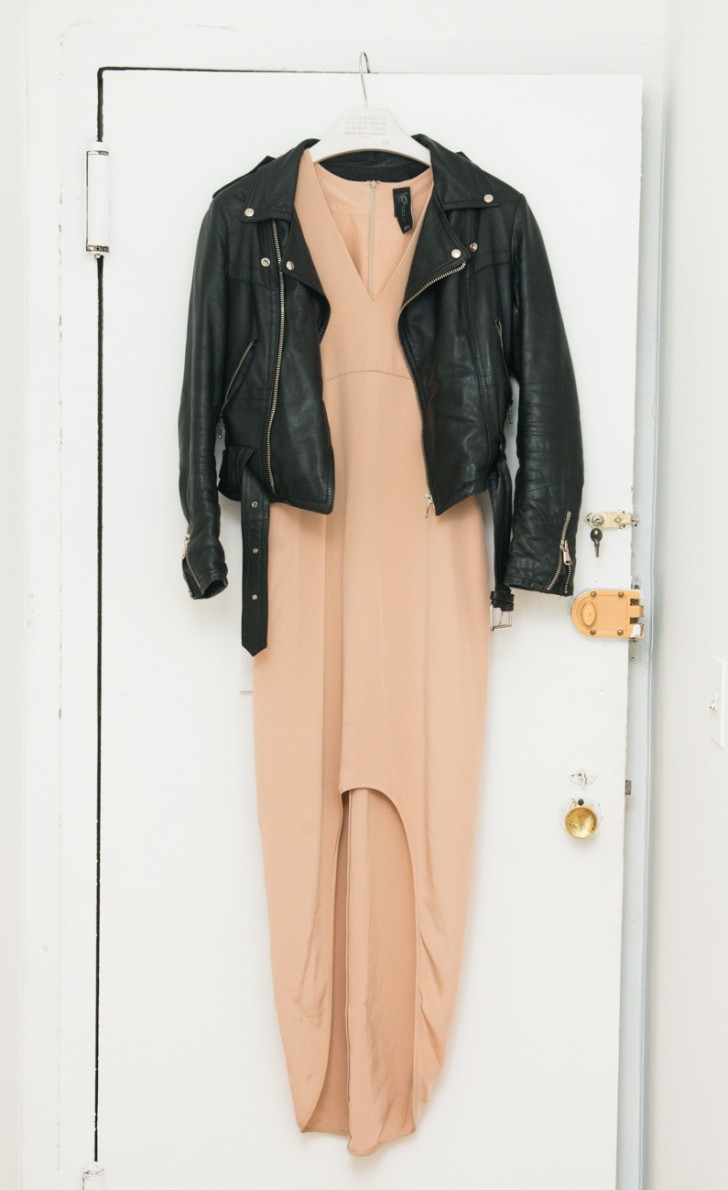 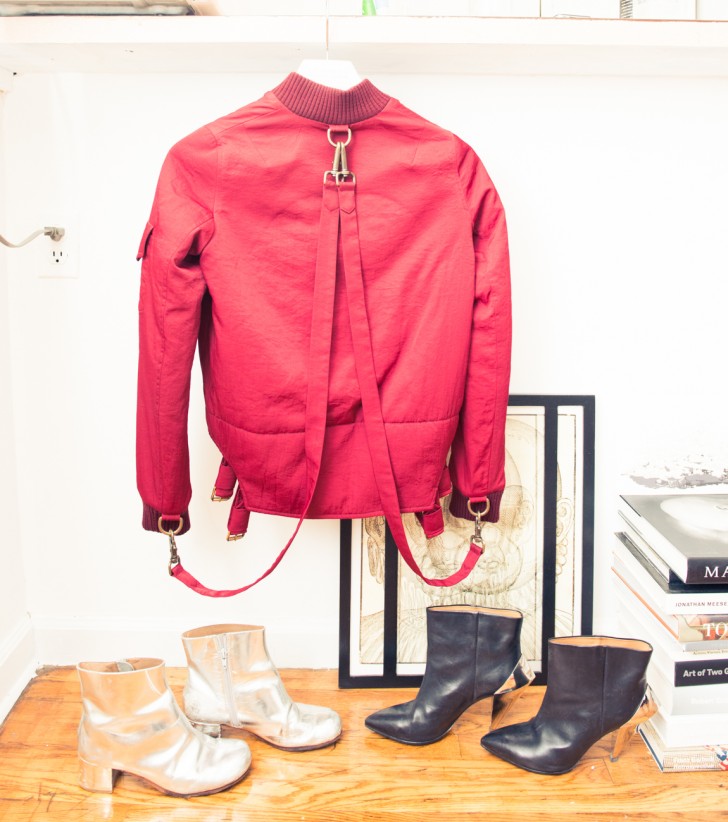 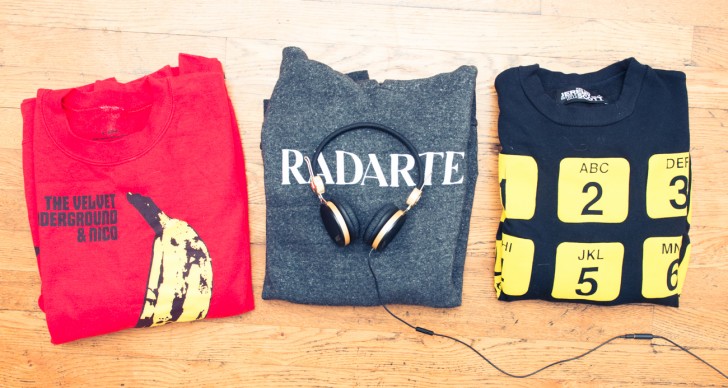 “The last fashion item I bought was a hat from... Read More 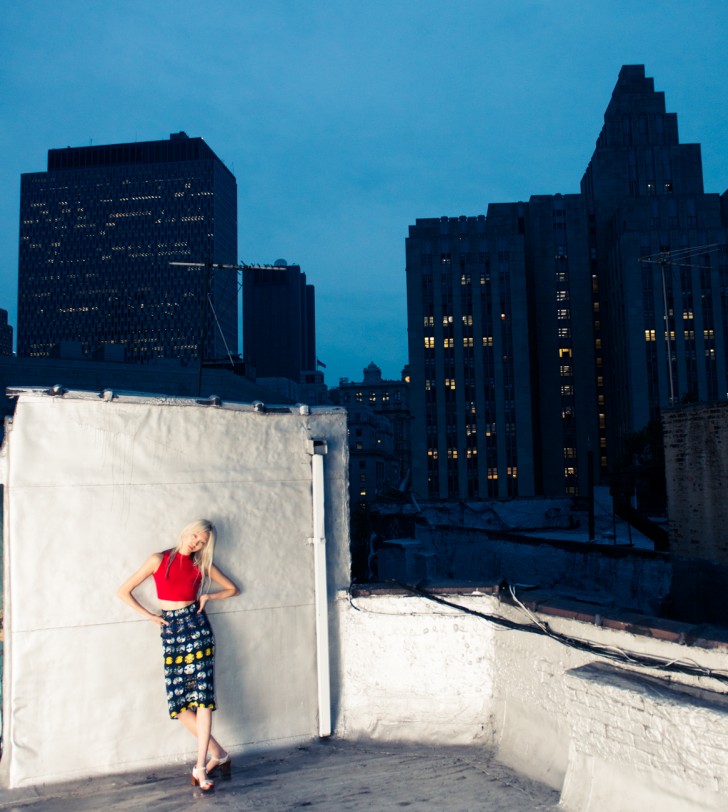 “[I can’t live without my] sketchpad, Clairol Shimmer... Read More 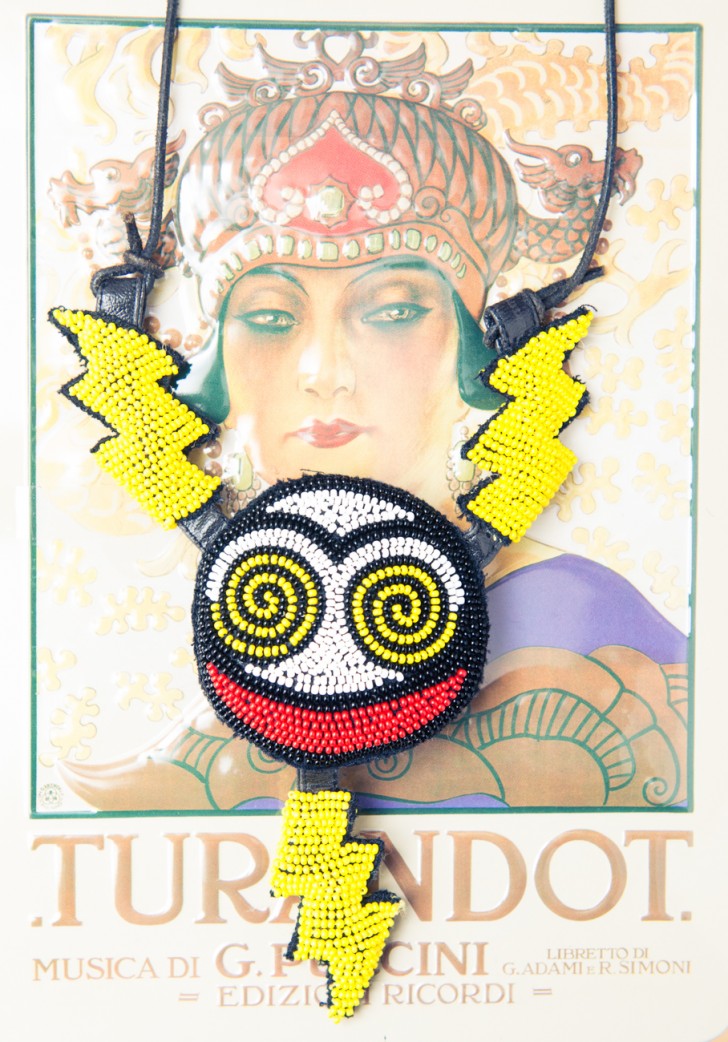 “Journey said it best in their song, 'Don't... Read More 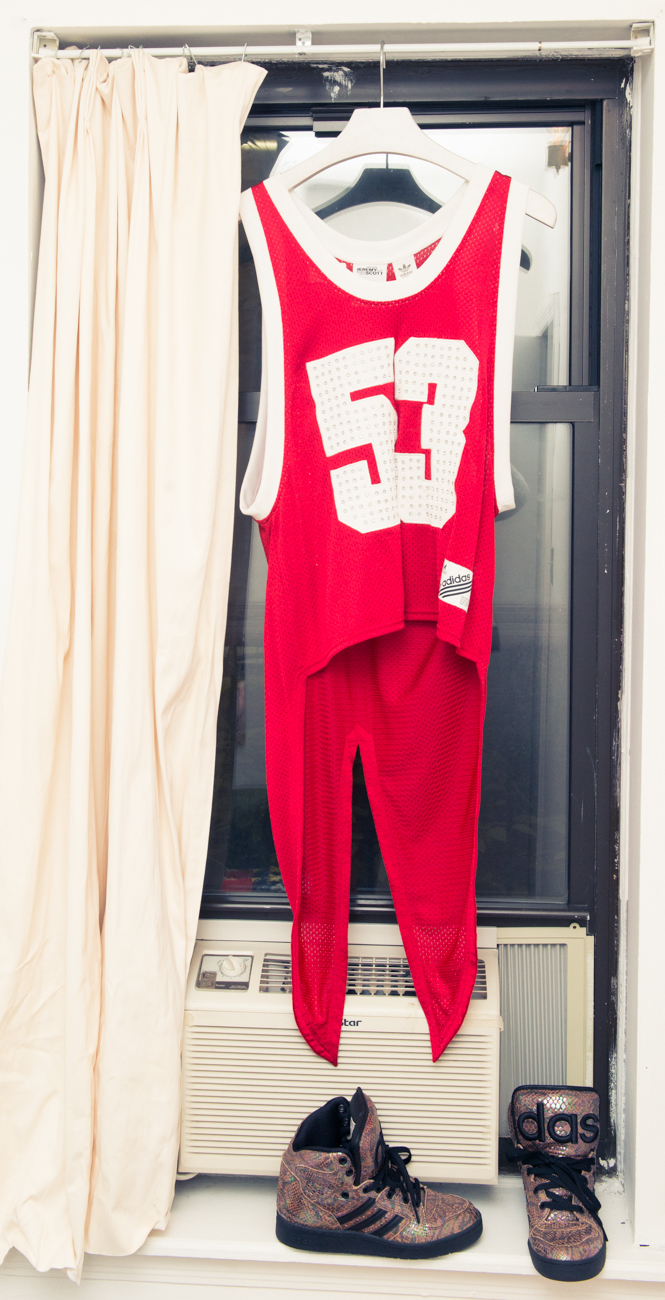 “I have very high arched tiny feet for my height—size... Read More 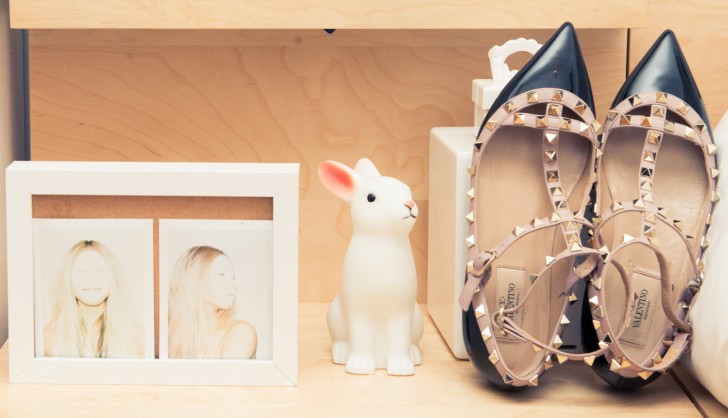 “[For my hair] we wanted to do long, silvery blonde,... Read More 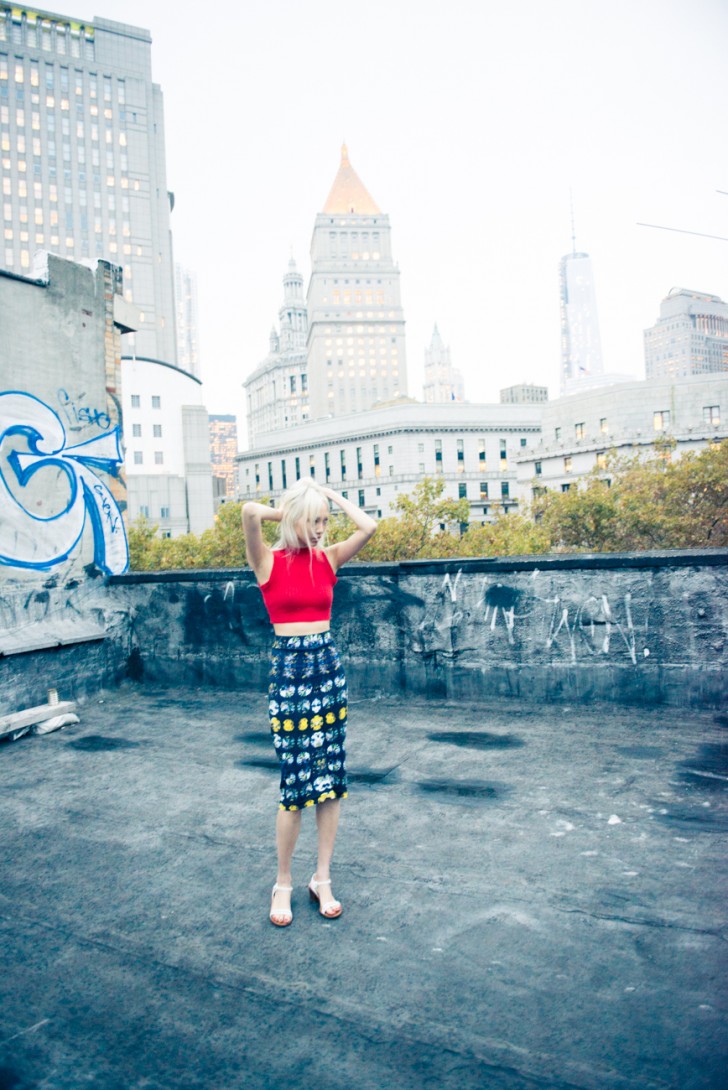 “I keep my skincare routine simple. As for my hair,... Read More 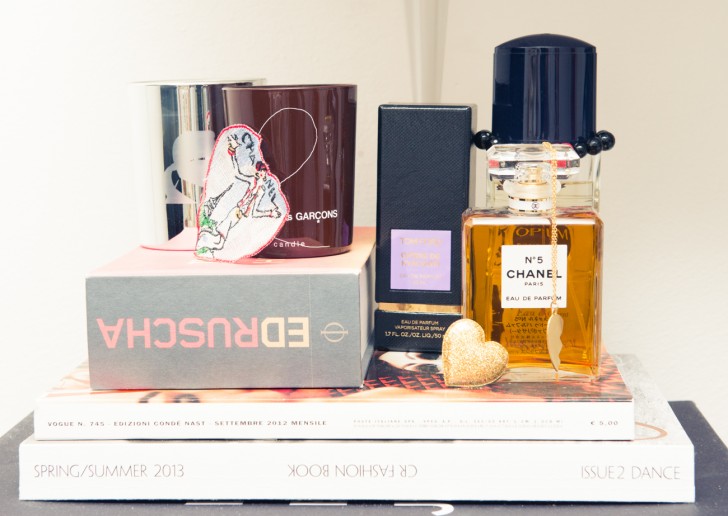