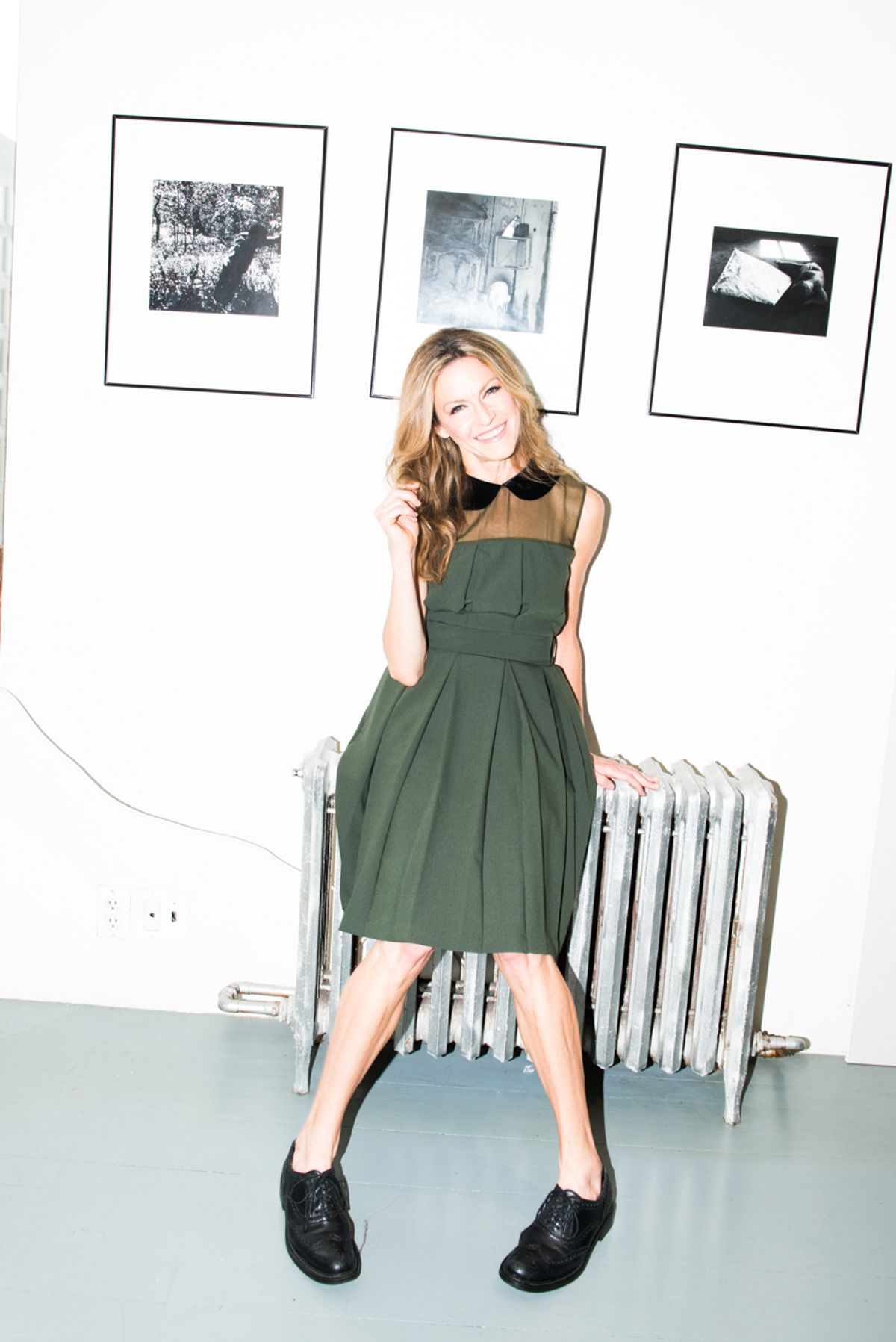 Naomi Nachmani
From the vaguely TMI to the oh-my-god-please-I-can-not-cry-at-my-desk, we're fairly confident that we're not alone in eagerly hitting refresh on xoJane.com at least at regular intervals during the day. And there's a reason why legions of readers have feverishly followed the vision of xo's EIC, Jane Pratt, all the way from her sassy Sassy days to Jane (which we would routinely steal from doctor's and dentist's offices everywhere to covertly read at home...under the covers) to her current home at xoJane and its sister site, xoVain. "I told my mom that I knew what I wanted to do when I grew up, and that it was to start a magazine for girls that wouldn’t make them feel bad about themselves. She told me that magazines were superficial and to write the great American novel instead. I knew I wanted to do the magazine thing from then on." See what we mean? We met Pratt at her Tribeca pad, where she greeted us at the door of in a forest green Peter Pan-collared frock and black brogues, along with her two snow white pups in tow trailing behind her. She confessed that she'd left up her Halloween decorations up a few weeks longer than normal (it was November, FYI), but in the same kind of intimate confessional candor thats carries virtually everything Pratt touches. "Back at Sassy, I was trying to do social media before the tools for it existed. On the spine of one issue, I asked: 'Should Jane get a nose ring?' And months later, through the US Postal Service, we got hundreds of letters saying 'Yes,' and one from my grandma saying 'No.'" As we toured through Pratt's home, we discovered a wide array of offbeat tchotckes and toys from her daughter, Charlotte. But there was one part of her abode that struck us the most—the bathroom. Girl has one seriously mean beauty cabinet—by which we mean it easily rivalled the entirety of the beauty closet at our very own HQ, overflowing with products by everyone from Caudalie and Skinceuticals to Origins and Davines (to barely scratch the surface), all with varying levels of use. What can we say? We love a fellow guinea pig. But our favorite part by far? When we pulled out a stack of old Jane magazines—including our favorite Li.Lo and Beyoncé covers. And, yes, Pratt shared some memorable stories on set from both... but we're sworn to secrecy, guys; we don't shoot and tell, sorry! If only our pre-teenaged selves, clutching the glossy pages of Jane to our chests, could see us now...
Celebrity