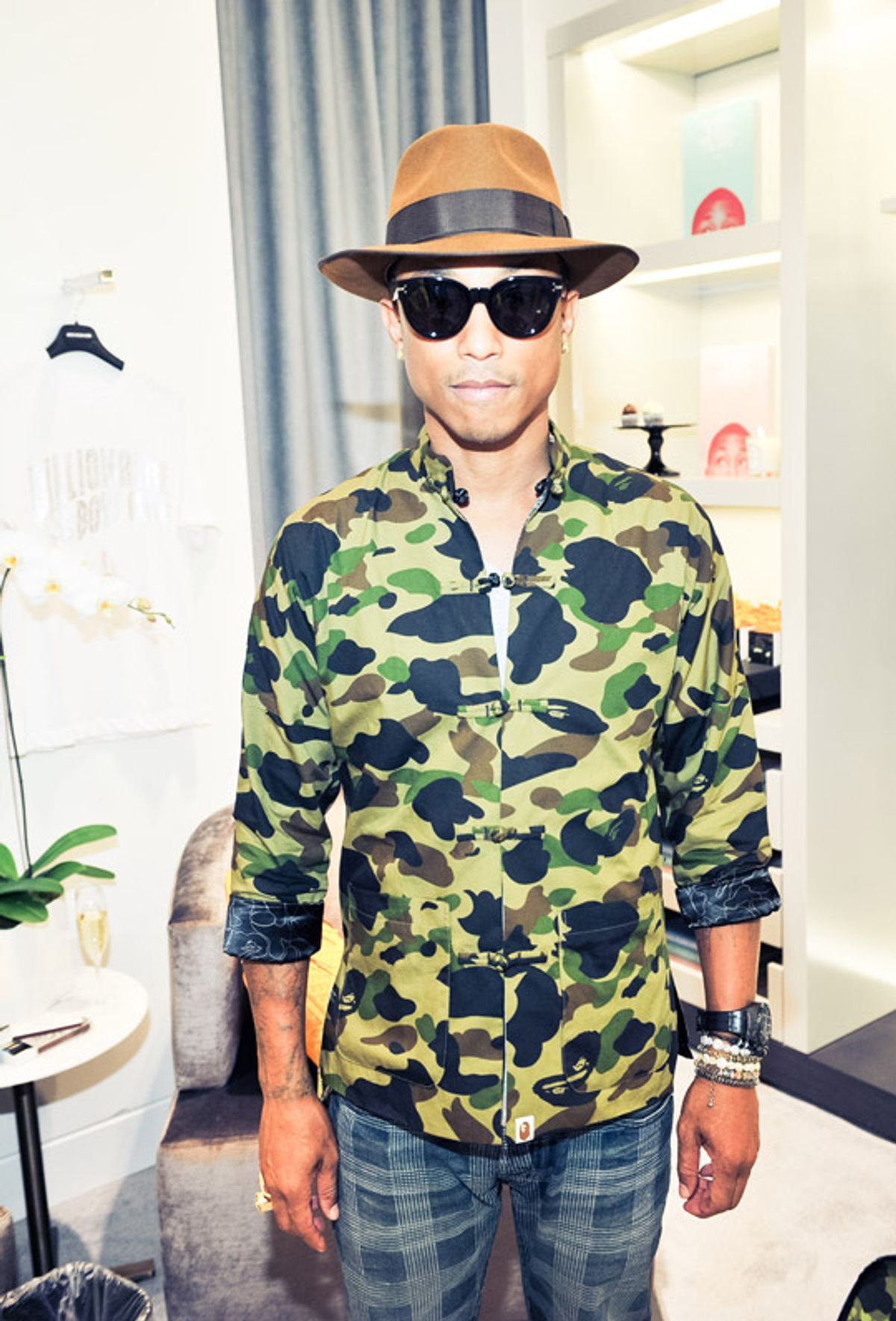 Coveteur Team
Chances are if you so much as have a pulse and posses even the slightest hint of a "cultural barometer" (as the man himself so eloquently put it), you're more than familiar with this face—and that voice. After all, you kind of have to have been living under an actual rock over the past decade or so since Frontin' to not be familiar with the seemingly endless talents of the Renaissance era-style polymath that is Pharrell Williams. Meaning? Not only is he the insanely prolific producer/rapper/singer-songwriter who's made music for just about everyone ever (excuse the hyperbole), but he's also the brains behind his two labels, Billionaire Boys Club and Ice Cream. And so when we got word that our pals over at Holt Renfrew were hosting an afternoon with the man himself to celebrate 10 years of BBC, we sort of jumped at the chance to chat. After touring the Yorkdale store's pop-up, showcasing everything from Williams' own N.E.R.D memorabilia and limited-edition Dunks alongside all the latest from BBC—including a few limited-edition pieces exclusive to Holt's—we dashed upstairs for some one-on-one time. We met Williams in the store's new personal styling suites, where we were surrounded by champagne, macarons, Diptyque candles (Tubéreuse is his favorite, FYI), and, um, Doritos. He was exactly as charming IRL as you'd imagine, greeting us in a pair of blackout shades, a camo BAPE jacket, a pair of slip-on leopard ponyhair Céline sneakers (you know the ones) and a blindingly-blingy stack of bracelets by Ofira and Lorraine Schwartz. Despite needing to dash to his flight, he took the time to talk with us about everything from fire signs (he's an Aries, duh) to the best spots to shop in um, Aspen. The boy knows his sh*t!   Photography courtesy Katie Henderson
Closet