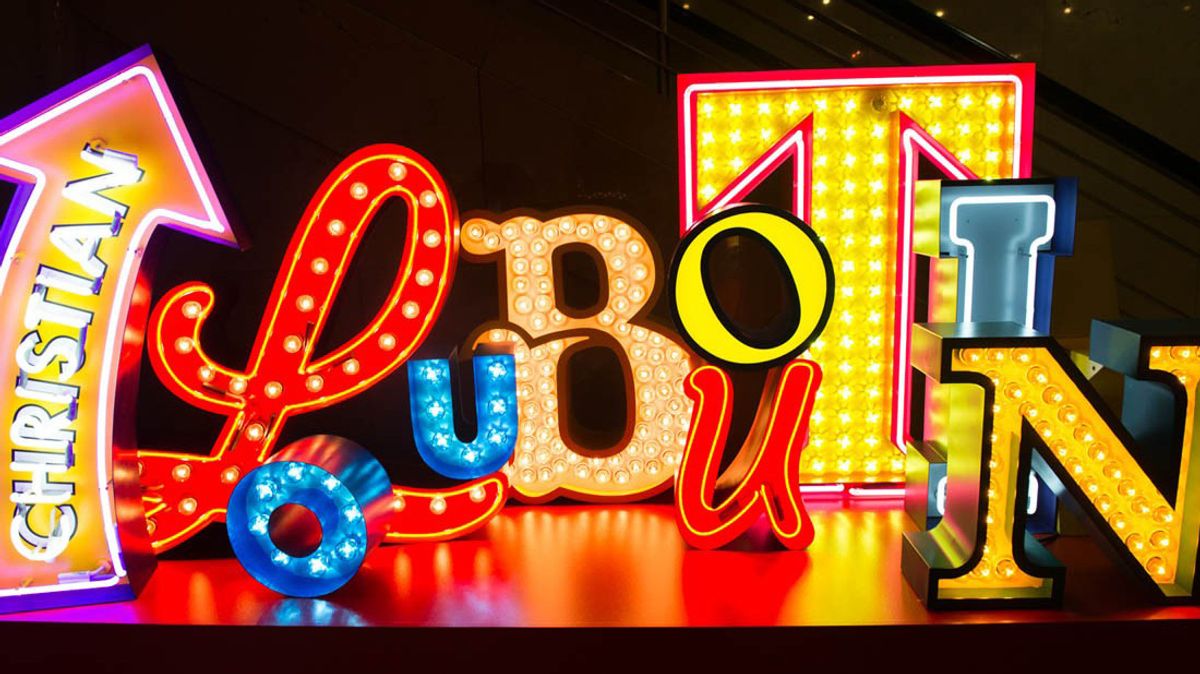 Ever hear the one about the woman who went to prison for a pair (make that several hundred or so) of pumps? Yeah—we hadn't either, prior to our afternoon with one of the few footwear designers capable of inspiring grand larceny-like levels of lust.

The lengths that we'll go to in order to procure a pair of Louboutins is well-documented. And while it would be easy to write the craze off as mere conspicuous consumption, one look at the designer's recent retrospective—which after launching in London last year, has made it's way across the pond to Toronto's Design Exchange—reveals that the red-bottom really represents something else entirely. Christian Louboutin's work is largely a celebration of the unabashedly, even aggressively feminine, from the arches, plus-size platforms, and exaggerated embellishments, which include everything from feathers, to studs, spikes, googly-eyes… need we go on? As the Monsieur himself told us, "Louboutin women are really pleased to be women. They are pleased with [their] femininity... how much they can play with it and be powerful, and they are very happy with that."

The exhibit itself is divided thematically, each examining individual elements of Louboutin's work. From the 'Fetish' room, filled with painful-looking pointe shoes and portraits shot by director David Lynch, to the 'Showgirl' stage, from which a projection of Dita Von Teese does her signature wink and wiggle, surrounded by sky-high stilettos, the retrospective spans the past two decades of the designer's career. Hopping on one of the trapeze-style swings hung inside, we chatted before he was off for a quick swim, followed by dinner and dancing at the Soho House. Despite being a household name, it's clear that Louboutin is the kind of designer that genuinely enjoys seeing and engaging with the women who wear, well, his wares. In fact, it's one of the main reasons he loves Instagram and Vine despite otherwise shying away from social media. And so next time you need another reason to treat yourself to something with that signature red-bottomed sole, just remember—the man himself could potentially be double-tapping your purchase along with the rest of us.