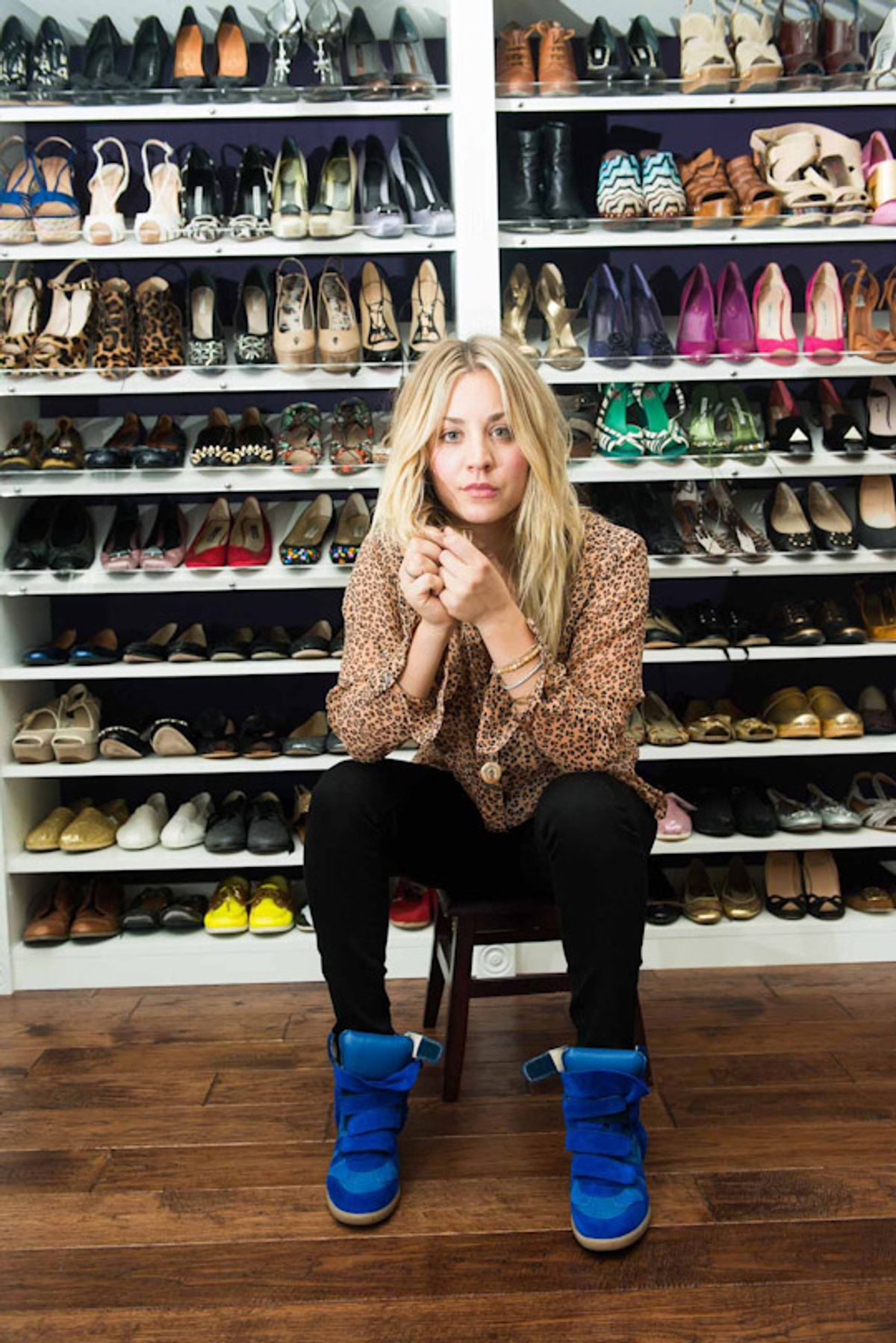 Stacie Brockman
While we've spent many weekends marathoning her show, The Big Bang Theory, we found ourselves totally taken aback when Cov-alum Jen Atkin tweeted us a snap of Kaley Cuoco's extensive shoe closet. Cuoco's character on the show, Penny, isn't exactly known for her sartorial choices—a sentiment echoed by Cuoco herself, saying, "As much as I love my character, we do not agree in the fashion department!" Since that fateful tweet, we'd made it our mission to Coveteur Cuoco, and so we hit up her L.A. home as our last stop in town before a flight home. We made a mad dash to see her mythic, massive collection of footwear, which can only really be described as a shoe museum. After pausing to catch our breath, we then toured the rest of her custom-built walk-in—or as Cuoco says, her "'girls only' haven.” Involved in every single step since its inception, alongside designers Toni Singman and Dannielle Albrecht, Cuoco made sure to have a full beauty salon installed, too. Oh and to top it all off, Cuoco completed it with a cappuccino maker, as well as a mini-fridge stocked with Diet Coke and bubbly. When it comes to collecting, Cuoco's got the largest blinged out Miu Miu collection we've ever seen. "I have a thing for sparkles," she confessed. The actor also has her fair share of punchy CHANEL purses and printed Equipment blouses—two habits with The Coveteur seal of approval. And while Cuoco's taste is as femme as they come, there's still a certain offbeat quality evident in both her wardrobe and décor. From her furry purple Prada bag, to the surrealist riff on Warhol's Jackie O portraits hanging in her dining room, Cuoco's West Coast abode was unlike anything we expected from Penny…we mean, Kaley.
Celebrity