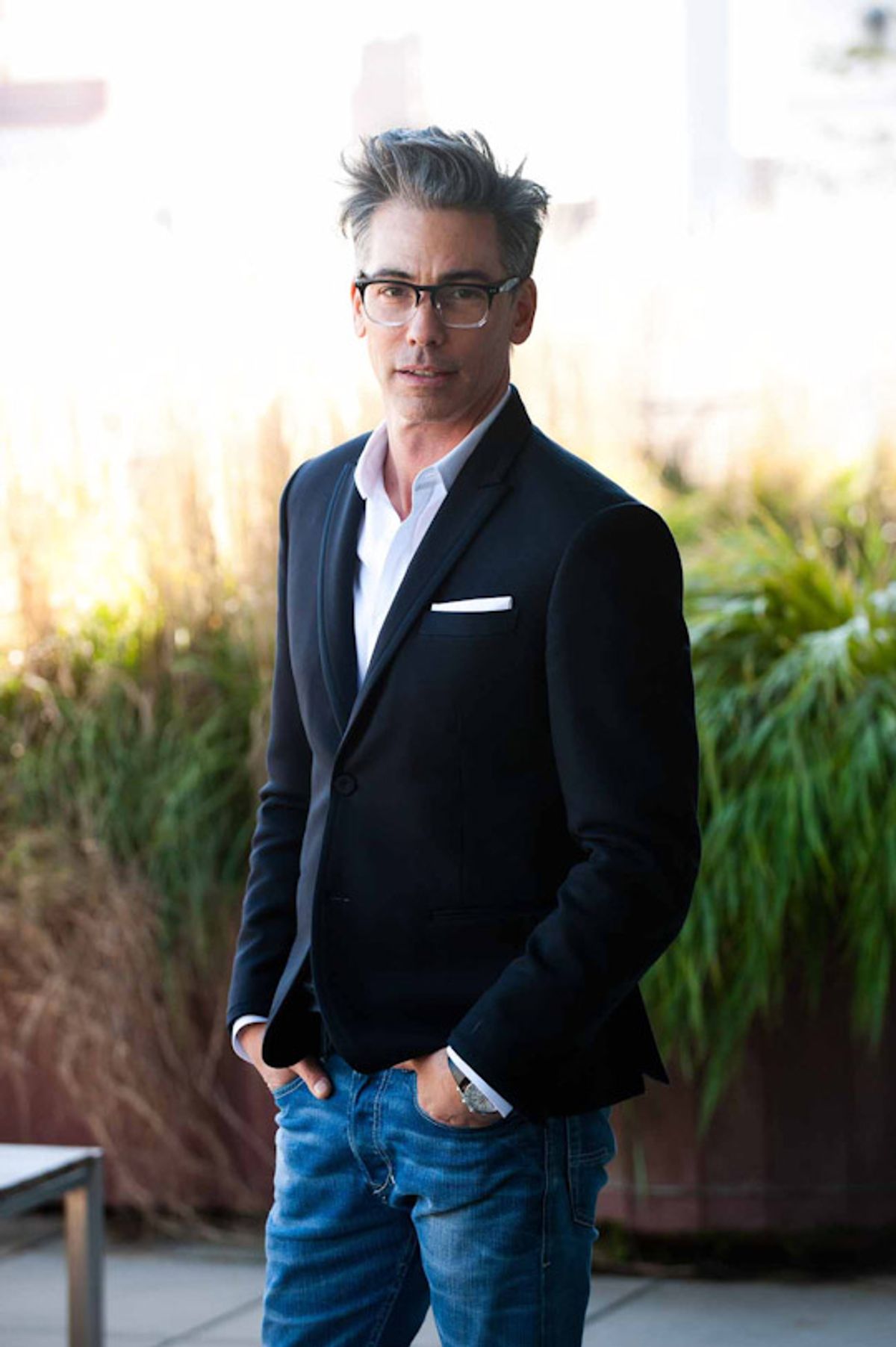 Coveteur Team
For Jeffrey Cayer, founder of The Globe Showroom, it all started when he was 9 years old. While young boys his age adorned their walls with widely-circulated Farrah Fawcett posters, Cayer plastered his bedroom walls with life-size Ralph Lauren ads from W Magazine. We can relate! From there, a life in fashion was imminent. He kick-started his career as a visual merchandiser for Bennetton. Then he jumped coasts and landed head-first in L.A., in an attempt to try his masterful hands at styling; and that he did—working with renowned starlets like Halle Berry, Sharon Stone and Tyra Banks. But he wanted more. After toying with gigs in merchandising, his true calling came in the form of sales. In 2005, he set up shop and launched The Globe Showroom with the idea to exhibit designers from around the world while exposing the market to a diverse fashion realm. Over the past seven years, Cayer has represented everyone from Cacharel, Smythe, Nicholas K and yours truly, Erin Kleinberg (gone, but not forgotten). His stunning Brooklyn apartment has all the staples: a sick watch collection, an amazing collection of Fornasetti, a plethora of Marni and a ton of Louis Vuitton bags, shoes and wallets—oh my. “My Louis Vuitton bags have become an extension of myself,” says Cayer. “A Vuitton gets better with age—it’s a collection I just keep adding to.” He’s the first to say a running shoe isn’t exactly his jam (he’s more of a New England Prep School guy) and he fell in love with Comme des Garçons during a jaunt to Asia many years ago. When asked, he was able to pinpoint exactly when his high fashion habit took charge: “When I was 20 in Hong Kong on my first international business trip for Benetton, I spent my rent money on a Comme des Garçons vest at Joyce Boutique. Every buttonhole was embroidered with a different colour, on a classic peaked lapel,” says Mr. Cayer. “The addiction started there.” From Jeffrey’s home to yours, take a peek inside the abode and closet of our one and only 'Silver Fox'. (Sorry, Anderson.)
Closet